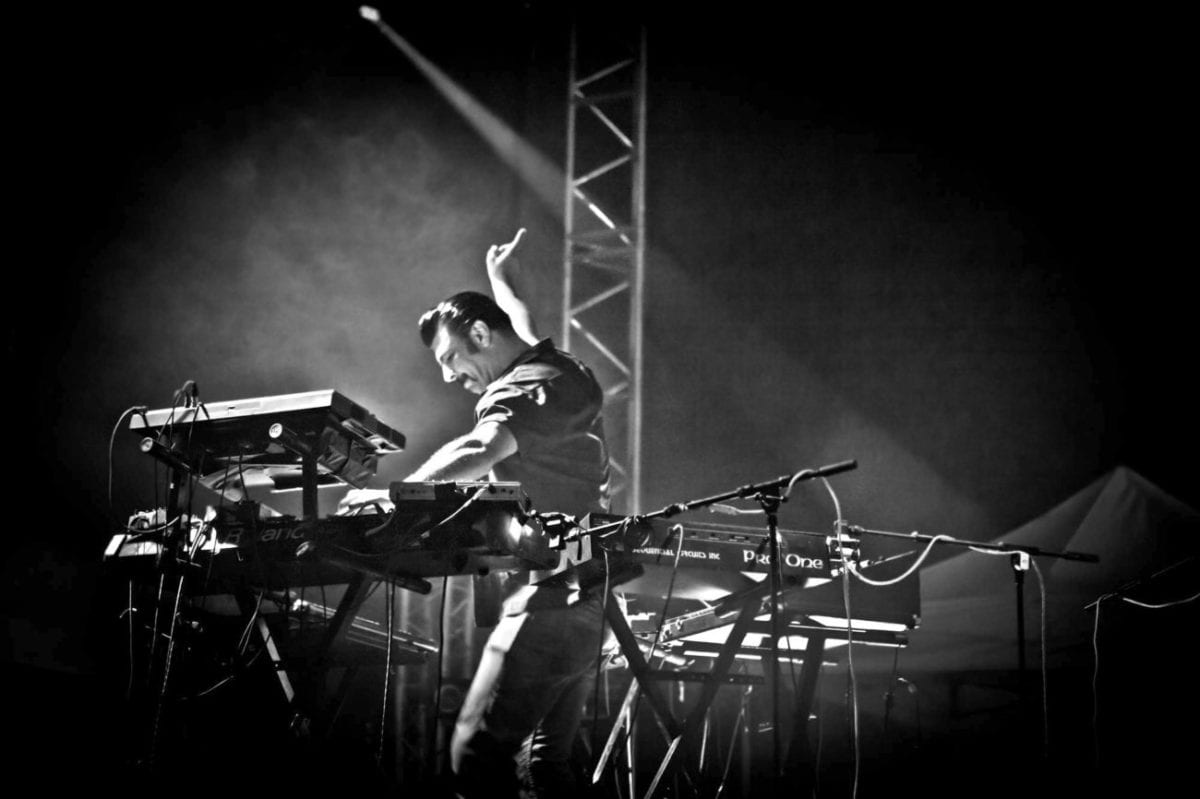 ‘Someone Gave Me Religion‘ remains a tenebrous, capacious highlight of 2011. Rebotini’s live show shone like a beacon amongst the dross and shoddily organized 1-2-3-4 Festival in Shoreditch Park (Damo Suzuki excepted).

Arnaud Rebotini is a giant of a man, slicked-back hair and an imperious handlebar moustache. He brought nothing but pure analogue syntheziser improvisation and commanding stage presence, animating his dark techno pervasions with panache. The energy and enthusiasm he injected into his performance was welcome – a larger-than-life character genuinely feeding off the reactions of the crowd, stripping down to his wife-beater at one point – is not something you encounter every day. Inverted Audio took the opportunity to grab a few questions with the big man before his show.

How does your environment affect your musical output?

I don’t know, but my environment affects my mood, and my musical output is the reflection of my mood.

Which do you prefer, playing live or time in the studio?

Both. For me it’s two very different jobs, I love both. With live you’ve got the crowd feedback and energy, with the studio job it’s a much quieter job, enabling you to be more focused on the job at hand and the finer details. I have a real passion for details.

What’s your most treasured piece of equipment?

My Oberheim Two Voice. It’s a 1975 synthesizer with an analogue step sequencer. It sounds like nothing else.

Which track are you most proud of from Someone Gave Me Religion?

The First Thirteen Minutes of Love. It’s 13 minutes of ambiance, which I’m really proud to have as an opening track.

What surprises are in store for those attending a live show of yours?

The groove and sounds of my vintage machines, you cannot even begin to imagine.

What other releases are planned for Blackstrobe Records?

‘Museum’ will be out on Blackstrobe soon, it’s the Blackstrobe guitarist, I produced some of his tracks. A new Blackstrobe single is planned too. And the last EP of my second album with a lot of remixes from Turzi, Mustang and Acid Washed. ‘Another Time, Another Place’ will be released later this year on Blackstrobe Records.