Earlier this month Brain Rays, formerly based in the rural county of Devon, dropped a self-released album, ‘Zesty Enterprises‘. The album marks a significant change of tack for Brain Rays — whose previous two records alongside frequent collaborator Quiet, via notable UK label Seagrave, are characterised by a high tempo and an informed UK rave style.

Rich in musical collaboration, but also the trading of creative ideas, the album’s release was prefaced by a short trailer aiming to capture the essence of the record. We spoke with Brain Rays, about the formation of the most vibrant post-lockdown record we’ve heard to date, and with the video’s producer, Max Sobol, about the concepts which went into the filming of the trailer. 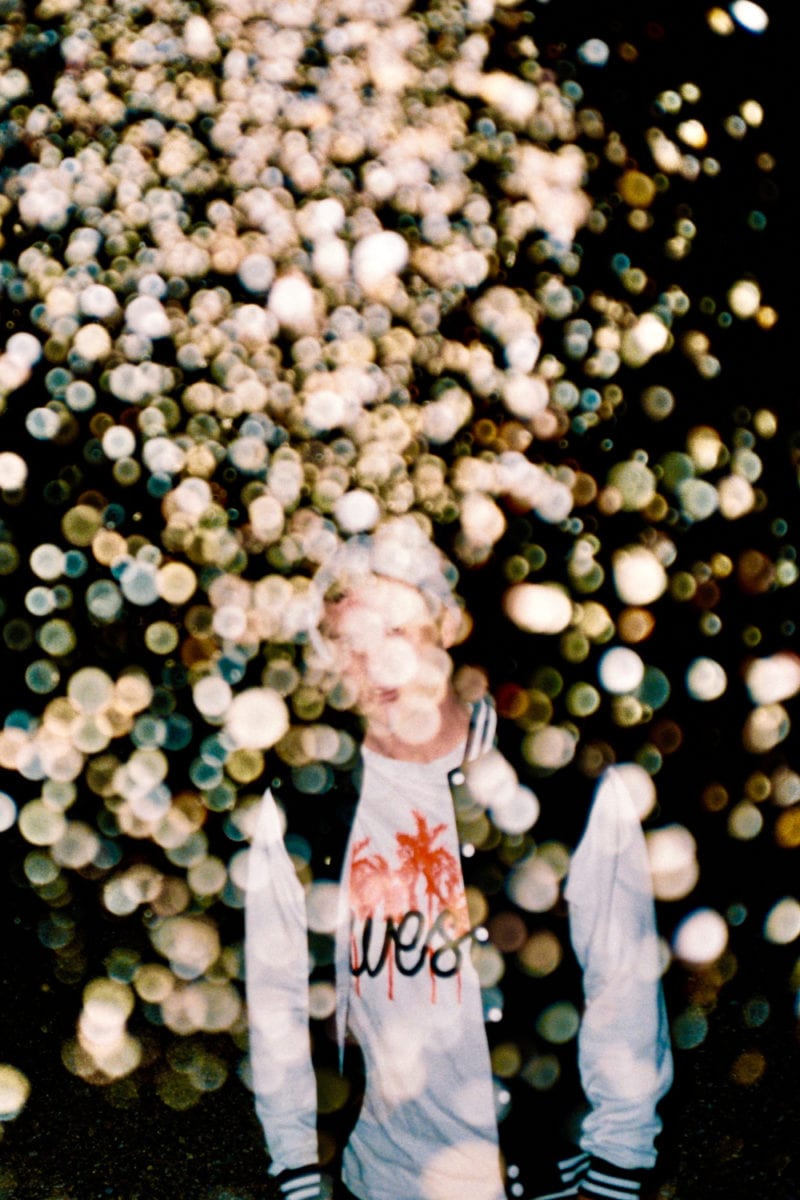 First up, let’s talk about the music: You’ve had quite a storied journey as a producer, and this is a hard swerve from your collaborations with Neil Landstrumm, as one example. Why the switch up?

I love a hard swerve. Most of the music I’ve been focussed on making over the last couple of years is the hectic stuff that Quiet and I have been making for Seagrave, ‘Butter‘ and ‘Swerve‘. Those two records came out in lockdown and have been getting some nice feedback. I love high tempo, abrasive music. I used to make a lot of it when I was doing the Wrong Music night/label with Shitmat and DJ Scotch Egg.

But, although those Seagrave releases have gone down well, it seems a shame that nobody was able to go out and hear them on a large sound system, which is what they are made for. I had a bunch of song ideas that had been kicking around for a year or two, and the lyrics felt strangely prescient. I started producing them so they felt like they were part of the same project and concentrated on making something that people could enjoy on headphones or on their home stereo set up.

I’ve been hanging out with GLYSK a lot. She’s been pretty instrumental in my recent shift towards making “pop” music, if I can be so bold as to call it that haha. I co-host a show called Die Curious with her every month on Threads Radio, but she’s also an amazing songwriter and performer.

I guess part of the allure was the challenge of making a long form project with songs that sit together. It’s really hard to make an album. I have so much respect for people that put the effort into making them.

Can you introduce us to your collaborators, and a bit about how you know their work?

As well as GLYSK, I worked with Theo Ogundipe. We collaborated on a cassette release some years back called Music for Abandoned Beach Parties that we put out via our Devon party crew/sometime label, Bizarre Rituals. Theo’s got such a beautiful, soulful voice and he’s amazing to work with. He’s just starting to release some of his own music too which is really exciting.

Parish News did some production on Wavves also. He’s someone I share a studio with in Devon (Sorting Room Studios) and is also a co-founder of the Bizarre Rituals crew. I’ve been trying to get him to release a mixtape of his own tunes because they’re amazing. He’s a real perfectionist though. One of my album tracks is partly about him haha.

AstraBeneca (Ben Welch) was my housemate up until recently. He’s an amazing singer/performer from Nottingham. I’m hoping to do some shows together with everyone who featured on the album. Fingers crossed that’ll be possible soon.

There are loads of other little collaborations peppered throughout the release, friends and ex-housemates who supplied me with vocal samples, laughter and general nonsense. Drayson co-wrote the lyrics on a couple of tracks and Tommy Williams (Sorting Room Studios) plays Rhodes at the end of ‘Perfectionist‘. My friend Jonny R. Rowden wrote an epic bit of text to accompany the release and help immerse you in the album when you download it.

The whole thing was mastered by Quiet (Paul Bowyer) and I think that’s a big part of the overall sound. Paulie understands the kind of sonics I’m trying to create, so with a bit of back and forth we managed to get it sounding pretty steamy, I think.

Her debut EP is due out later this summer! It’s called ‘Social Intercourse‘ and is co-produced by me and Parish News. She’s a prolific songwriter, and we’ve got a bunch of projects in the pipeline that I’m very excited about.

What were the key influences in the creation of the album? Was there a moment which kickstarted the project?

Having unfinished projects kicking around stresses me out, so I think that was the catalyst. A bit of a hard drive purge. But then it quickly developed into a way of keeping contact with my friends throughout lockdown by way of collaboration.

So, was most of the album assembled over distance, despite being in the same household until the Winter? It’d seem like a very appropriate way to create an album loosely about the end of lockdown!

Pretty much. I recorded Ben Welch’s vocal for ‘Third Eye Functionality‘ at the house we were living in in Stratford, the day that he got his AstraZeneca jab. He had to go and lie down after we finished the final harmony. Some of mine and GLYSK’s vocals we tracked at Sorting Room Studios in South Devon, but a lot of it was made remotely a number of different places.

Mixing tracks down when you don’t have a stable studio set up is a bit annoying. I did a lot of the mix-downs on headphones, which I’m sure most mix engineers would weep at.

Next, we’re keen to know more about this teaser trailer for the album. From the ‘Behind The Scenes’ footage it seemed a very conceptual piece, with lots to consider. Can you tell us what went into it technically?

Brain Rays: I asked my friend Max Sobol if he would help me make a video to reinforce one of the key concepts of the album. Max is not someone to take a project lightly, or do anything simple for that matter. He came back with an elaborate plan involving a cymatics set up and a rather hectic film shoot schedule. We went out into a rainy and windswept Stratford with amazing Director Of Photography, Rob Wilton, and an Alexa Mini.

Max: To create the effect of the music bursting through, we used a combination of projections and cymatics. Taking the original footage, projecting it onto a shallow pool of water placed on top of a subwoofer and re-shooting it. We played the album tracks through the sub, as well as various low-end frequencies used for testing speaker set ups. This created patterns of the surface of the water, almost like an organic graphic equaliser.

Why did you decide to shoot this in the way you did?

Max: The concept is based around one of the key themes at the heart of the album; that sense of coming out of isolation and reconnecting with the world. We’ve all been sitting behind computer screens and looking out through windows for the last 18 months, so in order to echo that we took a giant piece of perspex out around the streets of London. We also sprayed the surface of the perspex with water and glycerine to add a layer of abstraction and really capture that sense of distance and isolation.

Are there any plans to develop this beyond the trailer which we’ve seen? It seems a very interesting and well-thought through visual piece,

Brain Rays: The trailer was kind of an excuse to try out loads of ideas that Max had been meaning to try out and I think it would be a shame to just leave it there. I’m pretty sure we’re going to develop the set up further and use it for future projects. Max and I have a bunch of projects on the go including a music video for one of the album tracks, a short film and feature that he is directing and I’ll be creating the music for. We’ve also got plans to launch a TV station.

Max: We have also got an offer to go back to The Forge studio – where we shot this – and play with their new Robot, so maybe there’s a chance to bring some new dimensions to the visuals.

‘Zesty Enterprises’ is out now. Order a copy from Bandcamp.