There are many stories of artists escaping the city to create something different, finding solace and inspiration in recording while surrounded by nature. Copenhagen’s Kasper Bjørke adds his name to that list with his latest album for HFN Music, ‘Sprinkles‘.

A departure from his typical music — which is usually ‘melancholic’ dance music, in his own words — Bjørke has created a soothing album, informed by dance music but something outside of the main thoroughfare. Crafted in spare moments, while his daughter took her daily nap during a family stay in the north of Denmark, ‘Sprinkles‘ turns dancefloor euphoria into a quiet mood.

Take the track ‘Grace‘, inundated by acid lines as it is, it also rides a calm groove, melodic leads intertwining with the 303’s to create a passage of music that stands half in the club, half on the beach.

In our interview below, we speak about the process of making the record, the surroundings Bjørke enveloped himself with to escape the hustle of Copenhagen mid-pandemic, and the creative process of creating an album during his stay in the cottage. 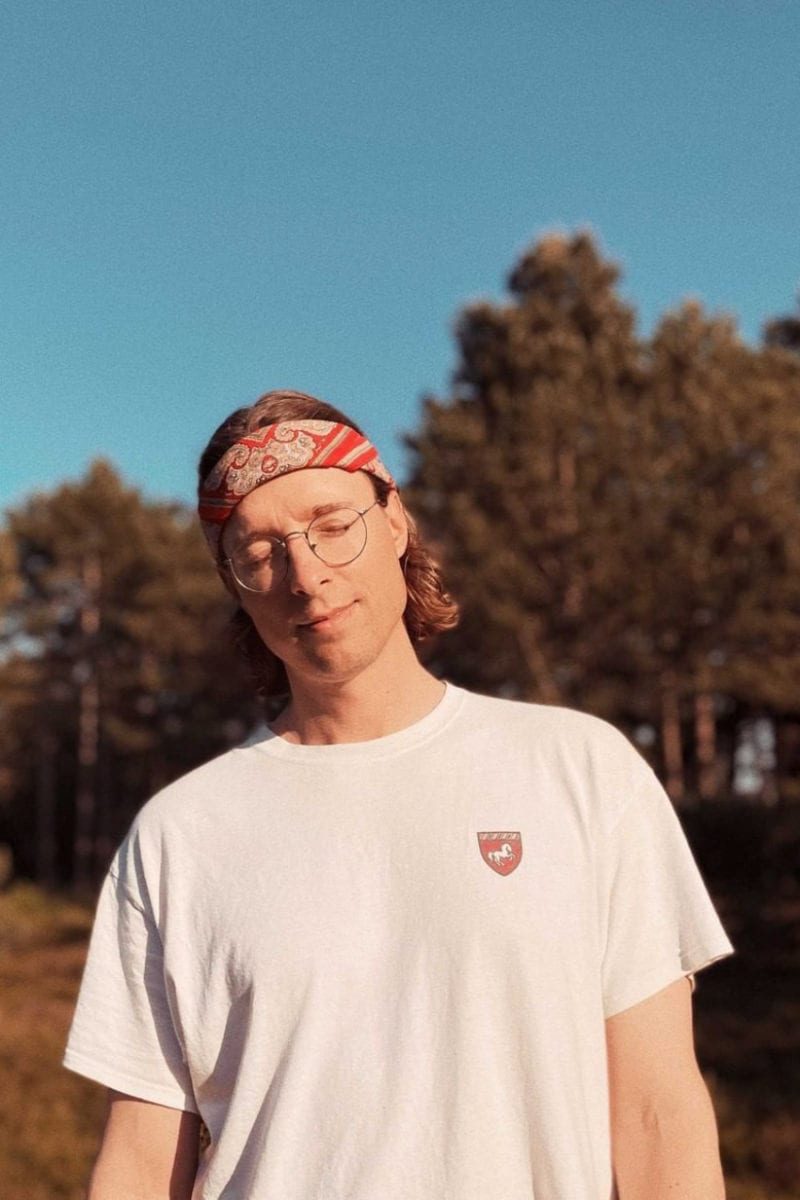 Hi Kasper – thanks for answering our questions. The best place to start with this is the root cause of why you went to the remote location? Was it to escape the city during the pandemic, and was the focus always on leaving with a recording?

You are most welcome, thank you for your interest. As we have two kids, and live in a Copenhagen apartment with no access to nature, it felt nice to relocate as often as possible during the pandemic so the kids could roam free outside. We spend long periods of time in the family summerhouse by the coast of the most north west part of Zealand, around 1.5 hours drive from Copenhagen.

We divide our time between the house in the countryside and the apartment in the city. It was an opportunity that we felt very grateful for, and we were able to feel somehow less anxious than when being in the city.

Were you alone in the cabin, or did you have company? How did this affect your production?

The kids and my girlfriend were there the whole time with me. I was focusing on spending time with them, and had very little time to be creative until this past winter, when I decided to use my two year old daughter’s afternoon nap time for putting down some ideas I had, on my laptop.

I was very focused during just those 90-120 minutes a day. It kind of became dogma for me to create one or two ideas during each of her naps, so I closed the door to the bedroom, where I had made a small studio setup with my laptop, a midi keyboard and headphones, and after some weeks I had a bunch of ideas that I felt were good enough to take back to the city where I then finished the album and mixed it in my studio.

What music did you listen to in your downtime?

I usually listen to jazz, ambient music, sometimes classical, sometimes reggae… but during the period where I was putting down the ideas for the album, I was actually listening a lot to club music, and got super inspired by that.

I was missing playing DJ gigs, because it had been close to a year since I played a proper club gig, and the energy from listening to dance music sort of evoked that vibe and the memories, and made me super inspired to do an instrumental “club-ish” album.

Is there any way that you sought to create a harmony between the natural landscape and the music itself? Describe the location to us.

The summerhouse is a stones throw from a beautiful bay with a private beach, set on natural piece of land with old trees and heather. It’s completely wild, and deer often hang out and graze there. It could be days without seeing a car or a person come by…

I think channelling nature into the music on this album happened subconsciously, while I was trying to evoke the energy from playing DJ gigs, and that dreamy vibe that can also be in a nightclub: a state of coherence. So, yeah, maybe the music sits somewhere between a holiday on a beach, and a night in a club. I guess that’s why the album sounds quite balearic at times too, haha!

You’ve stated that the album was recorded on your laptop. Do you normally use studio equipment to produce your music? What freedoms and lessons did you learn from just using your DAW?

When I make ambient music I work in an all hardware studio with a friend of mine, using only analog equipment, and we record everything live without any midi programmings. However, when I do beat-driven music it always starts on my laptop, with midi programmings, and then I often re-record that using analog synths afterwards.

On this album I didn’t re-record anything — I kept all the software synths — and just before finishing the album back in Copenhagen, I had a couple of sessions with my friend Tomas Höffding (bass player and singer of WhoMadeWho), and he played fretless bass and a bit of acoustic guitar on some of the tracks, and a tiny bit of the Prophet synth, too.

90-95% of the album is made using those software synths and drum machines. At the time I had just got access to Roland Cloud, where they have re-created all their old synth and drum machines, that inspired me a lot to have all those at my fingertips, while sitting there with headphones and my daughter sleeping in a stroller right outside the window.

I think on this album I found freedom and inspiration in being in the summerhouse with just my laptop, without access to anything else. It’s really just about channeling your ideas when they emerge, and that’s where a laptop and your DAW is all you need. I remember seeing Four Tet doing something similar a few years back, and it made me think, “well…when that genius producer can do it, maybe I can try too…”

The album is light and summery, reminding us of K-Lone’s ‘Cape Cira’ album from early 2020. For those not familiar with you, how is this different from your normal music? What state are you looking to reflect on with ‘Sprinkles’?

I know K-Lone but haven’t heard that album, I will check it out! “Light and summery” is exactly what I was trying to do! I was also aiming for it to be naïve, at times, and definitely positive and colourful instead of melancholic and dark.

I usually make much moodier music that requires more attention, I think, but I felt the need to make something much more positive, rather than gloomy this time – something that feels like warm light – I guess as a counter reaction to all the dark stuff happening in the world, with the pandemic and the climate crisis. I wanted to dream myself and my family away from all that shit, even though I know that’s not possible.

We have to deal with the harsh reality we all face, but it’s OK to dream sometimes, so thats what I did. I also found inspiration in a work by the Danish artist Luca Bjørnsten — the album cover by Luca is entitled ‘Sprinkles‘, so I named the album after the painting. That lush, empty garden with the fountain is both a surreal and a realistic landscape, and because of the pandemic and the lockdown, I felt it fit perfectly, and all the colours makes it fit nicely with the album.

The idea of travelling to a remote location to produce an album sounds very appealing, but what were the most negative aspects? Have you got any advice for fellow musicians on how to approach doing this?

I don’t see any negative aspects at all actually, except one advice: if you bring your family, make sure that they are OK about you locking yourself in a room to make music!

‘Sprinkles’ is scheduled for release 30 July via HFN Music. Order a copy from Bandcamp.