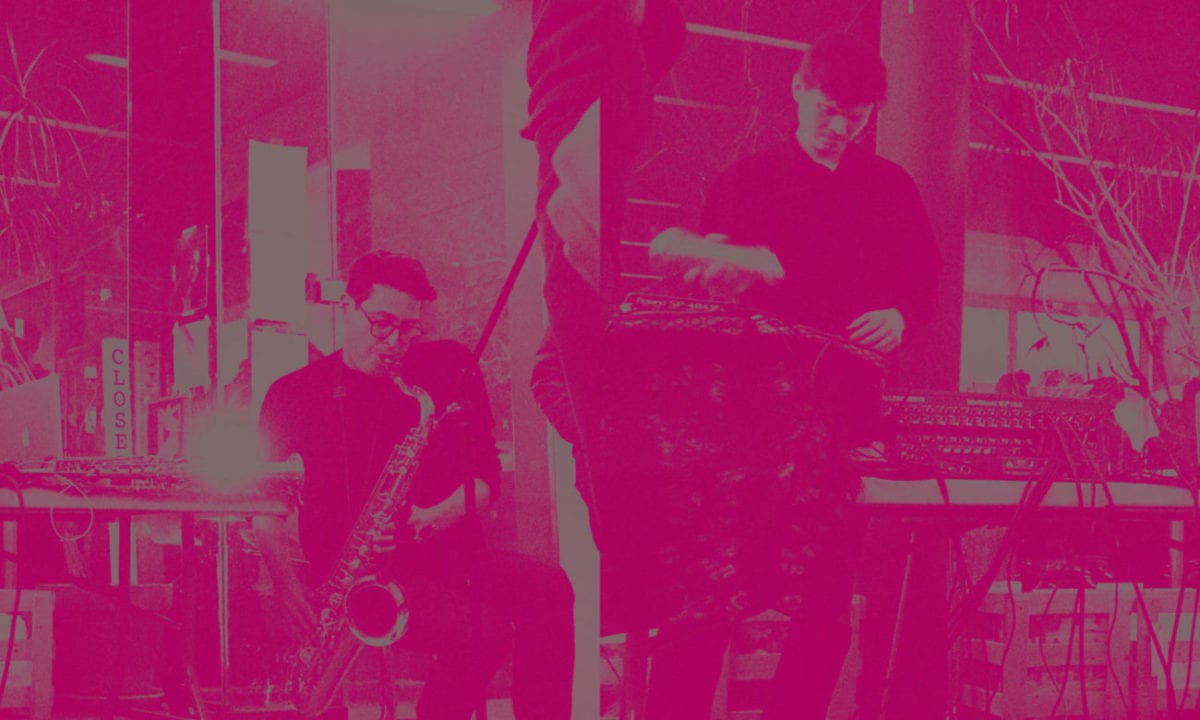 Brooklyn-based label RVNG Intl. have a history of bringing bright creative sparks together, generating synergetic collaborations that offer unique perspectives. Their long-running FRKWYS series invites contemporary artists to create collaborative work with established pioneers of a similar musical blueprint, extending the continuum of creativity and innovation into the modern era whilst joining the dots between past and present  – see Kaitlyn Aurelia Smith & Suzanne Ciani’s joint effort “Sunergy” for a recent example.

Their latest venture into the realm of the collaborative takes the form of event series ‘Commend Here‘, a run of “spontaneous, unique and responsive” performances that pairs like-minded artists together for one-off shows at their NYC base-camp Commend – previous iterations have featured Miho Hatori & Darkside guitarist Dave Harrington, following an inaugural edition that brought together Félicia Atkinson and Christina Vantzou. To commemorate these performances, limited runs of cassettes with live, recorded and supporting material, featuring hand-written details of the event, are recorded and released after each show.

The latest act of creative collusion to be documented by the series took place on April 5th, 2018: an experimental, improvised performance from friends and collaborators Brian Allen Simon and Bryce Hackford. Referencing the instrumental palette of Simon’s latest record as Anenon, the show “reorients that experience as two voices in a different place, moving intuitively through and alongside this “original” moment“.

A masterclass in musical conversation, it’s an engrossing, expressive listen that winds it’s way dreamlike through formless passages of improvised noise that sit comfortably behind Simon’s virtuoso saxophone. In celebration of the cassette release that documents the performance, we asked the pair to discuss the thoughts and feelings behind their collaborative process and let us listen in. 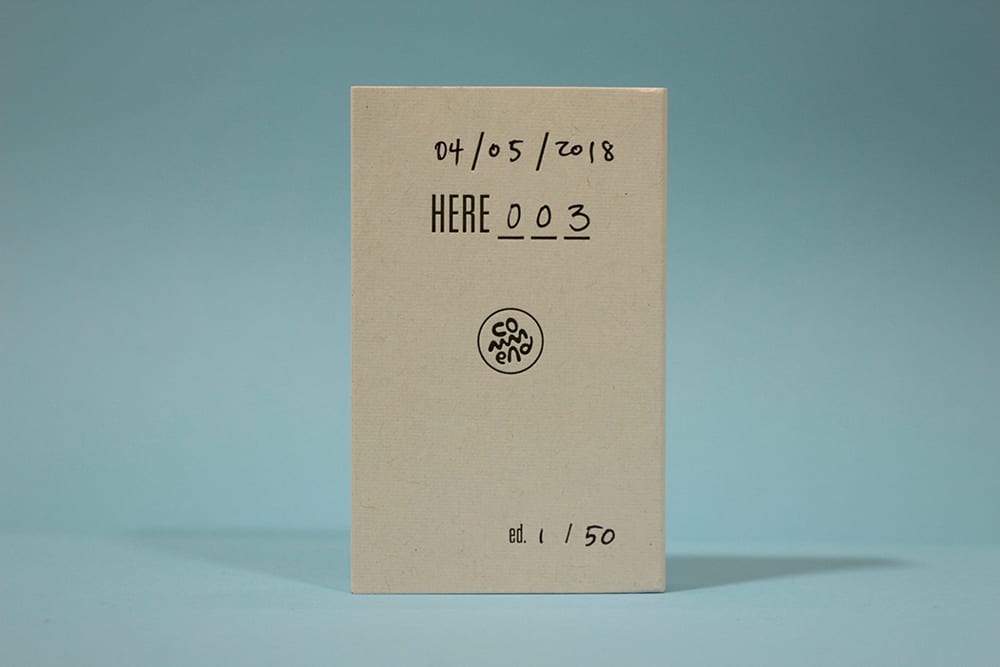 Brian Allen Simon: Bryce, our mutual connection C turned me on to your music in 2015 and I’ve been a big fan ever since. You performed a set in our apartment in Los Angeles last year and I’m grateful that we got to share this micro NYC tour of mine in April with a performance together at National Sawdust (performing together as Anenon) as well as back to back solo sets at Commend, which are now beautifully archived as Commend Here #3.

We both seem to be on similar wavelengths as people and artists and are also both highly influenced sensorially by things such as crazy natural wines and food, yet the music we make is completely different, yet complementary. I know you’ve been in NYC a long time, and I’ve been LA for maybe too long. How much would you say NYC has affected your work? Do you view yourself as an New York based artist or is it just simply the place where you make music?

Bryce Hackford: This is actually something I think about a lot, this sense of place and fantasy. In several ways I can say that I feel fundamentally like a New York artist, that my work comes from the energy and history of this island, though what this means in the age of globalism and current technological paradigm is something quite different than humans have really known before.

When I was living and visiting in the UK, where I made many recordings that will come out this year, there was certainly a focus as always for me on my environment and reciprocating its energy, but I think the terroir is probably more of a different terrain. LA is obviously a very different place with its own senses—do you feel your creativity inherently connected to it? And are there particular things about its history you wish to side with or break from?

Brian Allen Simon: I definitely get a very NYC vibe from listening to your music. It’s gritty in that classic NYC kind of way. It brings me into the claustrophobic grid of the city but it also opens up into something bigger, spacious, and welcoming for me, especially in your more dreamy ambient work. Maybe that’s the fantasy aspect that you mention? The piano motif that runs through your Commend performance is quintessential downtown, dirty, sweaty, euphoric city summer jazz but then it opens up into this almost indescribable “space” and I just zone when I listen, as if floating above the giant skyscrapers of the city in the middle of the night.

Being a Los Angeles native (I grew up in Hollywood), I used to pride myself as an LA artist but I really don’t know what that means any more. In the past five plus or so years this city has become inundated with NYC transplants as well as people from other cities. The open vibe (physically, mentally, and emotionally) seems to be closing in a bit. I think this is a problem in every city. Globalization is real and cities are beginning to feel incredibly same-y, making it hard to actually identify oneself with place. 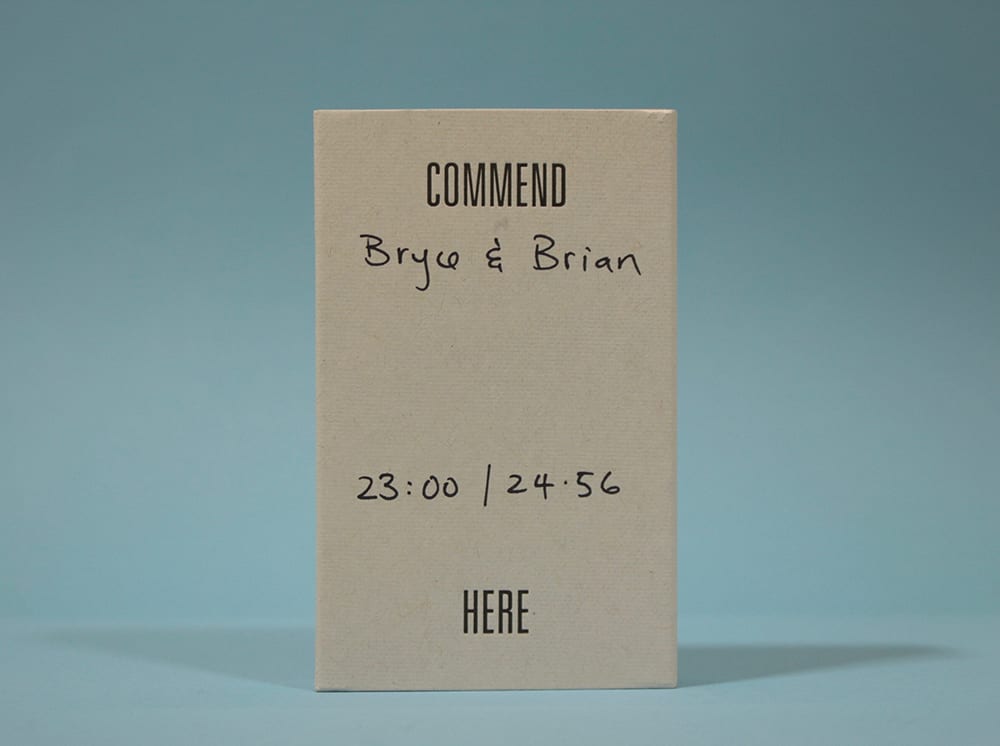 Maybe the need to identify with a place has always been a crutch for humans and this change is actually a good thing? I made my last record in the middle of nowhere in Tuscany at a residency program, and the thing that I like most about it is that it doesn’t sound Tuscan (at least I hope it doesn’t), but it also doesn’t sound “LA” at all. It’s a bit more amorphous. This ambiguity of place is something I’m definitely after in my current and future work. I’m excited to hear your new work that was made in the UK. Can you describe the direction of it and how it fits into your catalogue?

Bryce Hackford: In the case of NYC, I’ve felt sense of being a part of 1-5 scenes that then went on to become other things at any given time. But whenever I sense resentment about the inundation of newcomers, I feel like it’s important to embrace them because that’s what this place has been all about—the city is huge and there are always countless scenes emerging, with great overlap. When I was living in London, it was a very emotional and eye-opening time, that resulted in the recordings on a 12” I have coming with Spring Theory soon.

When I stayed in Margate, I made hypnotic rhythm improvisations that I had bands play on without being able to hear each other from remote corners of the physical world. Of course the music, which features samples of field recordings, has a very direct connection to Margate and its energy. But the music comes together to create a new sort of space for me and that’s why I was interested in making it, much like the Tuscany record.

I guess this leads to the interest in music that functions in the contexts it’s heard. I want recordings that sound good where I play them, including and especially if it enjoys its environment. And many places sound different. I constantly hear a lot.

Has music that is flexible in this way ever crossed your mind or influenced your compositions? And, if so, has your place of work ever affected your decision-making process in making music significantly?

Brian Allen Simon: Of course major cities like NYC and LA exist as revolving doors for scenes and people entering and exiting and it’s great to embrace new energies. I fully back that but I’ve also always seen myself existing outside of any one scene in LA.

I’ve always associated on some level with a few overlapping ones, but in the past few years I feel like I’ve broken away from that. I’m aware of what’s happening, but I’m not overly concerned, mostly focusing on my own development. This year has been very turbulent for me on a personal level and at the moment I simply feel a bit of ennui in relation to my existence in Los Angeles. 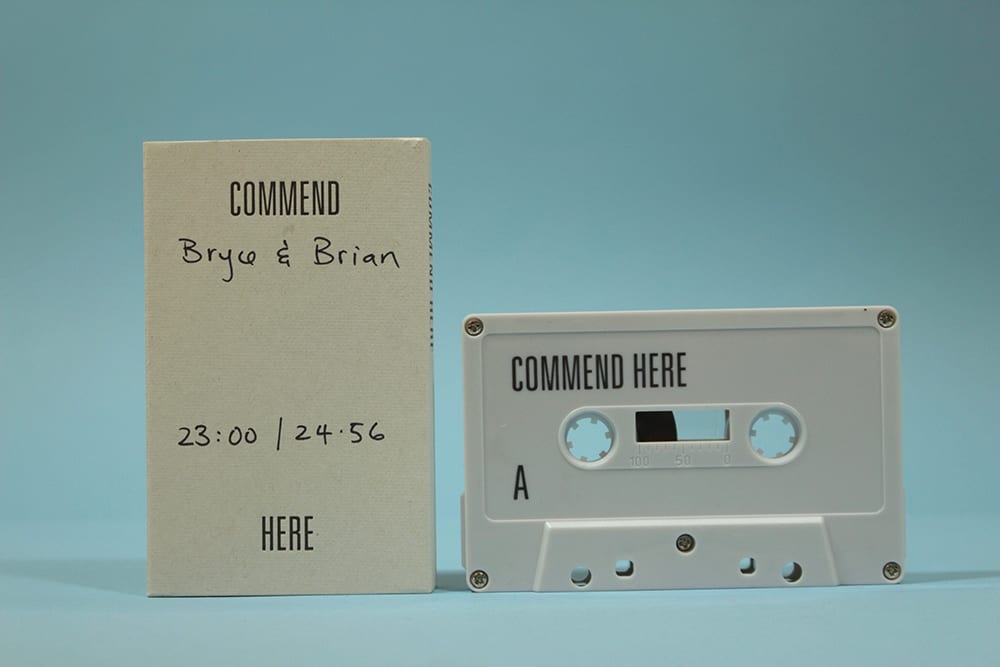 The UK recordings sound great, I think I mentioned to you before, but your hypnotic shaker playing finds its way into my dreams quite often. I’m after a certain universality in my music. Music that will resonate anywhere it’s heard. My influences come from both esoteric and mundane resources but I try to filter all of those influences and my own personal experience into music that can simply be listened to and enjoyed anywhere.

I work very instinctually, never fully planning anything out, letting improvisation guide the way into fully formed works. With that in mind, wherever I’m working effects any decision making on all levels inherently. Switching gears a bit away from music and place, can you tell me about some non musical things that have been influencing you lately, both as a person and as an artist?

Bryce Hackford: That’s beautiful, when the dream and waking worlds can penetrate one another…Peter Sloterdijk has probably been one of the strongest influences over the past several years. Reading the “Spheres” trilogy (which I still haven’t finished) and some of his other work has helped me nurture and think about what I liked to call Environmentalism, which is essentially about being a good listener.

So is mediating my relationship with screens. Do you have any ways in which you try to structure your relationship to screens like the one on your phone, the one on which you might be making music, etc? Are there non-musical things that are quite present in your current life that take form other than on some kind of computer screen?

Brian Allen Simon: Cool, I’ll have to check all of that out, I’m not aware of Sloterdijk. Structuring my relationship with screens is a huge current focus of mine. I recently permanently deleted my Instagram account which has helped a ton with looking at my phone less as well as with alleviating some personal anxiety.

I also started putting my phone away in a drawer on the other end of my apartment when I sleep which has made me a lot less anxious at night. I am using my laptop less than ever these days as well. I’ve always used software to multitrack, record, and edit, but I’m beginning to think about going screen-less for the next Anenon project, perhaps. Walking and hiking, yoga, therapy, and cooking have been huge influences for me this year. Trying to have more real conversations with my friends, too. We’re all in this craziness together.

My partner and I have been cooking out of this book called “On Vegetables” by the chef Jeremy Fox, which I highly recommend to anyone interested in cooking. It’s completely vegetable focused but is so layered and complex and flavourful. It’s changed my palate entirely as well as the way that I think about harmony and rhythm in food, life, and everything else.

Commend Here #3 is available now in a limited run of 50 cassette tapes. Buy a copy here. Events are held regularly at Commend’s space in NYC. Check out what’s on this summer here.