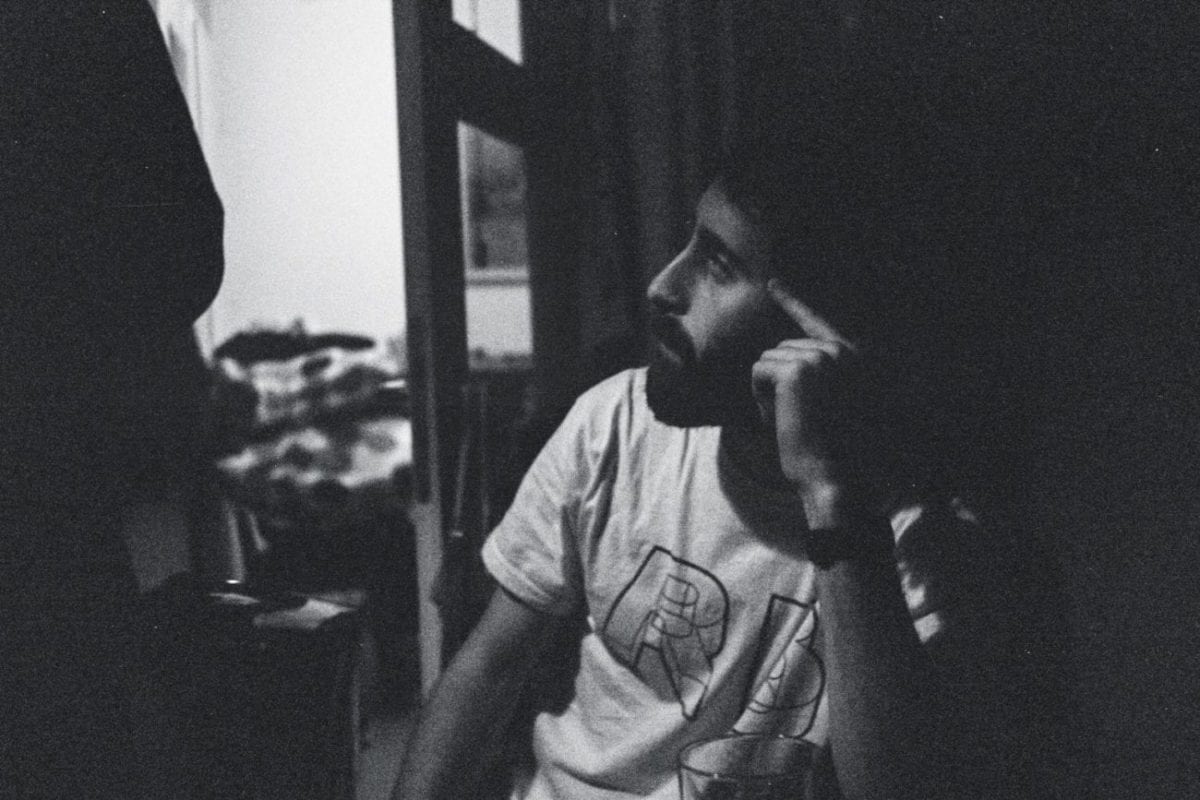 With a debut outing set to drop via the ever-reliable Dekmantel imprint and a first appearance at the Dutch festival this Summer, Danish producer Central is about to explode onto the international scene. We took the chance to find out more about his musical heritage, the process behind ‘Political Dance‘ and his expectations for the times to come. We are also proud to present the opening cut ‘Keep Love On Me‘ in full-stream form. 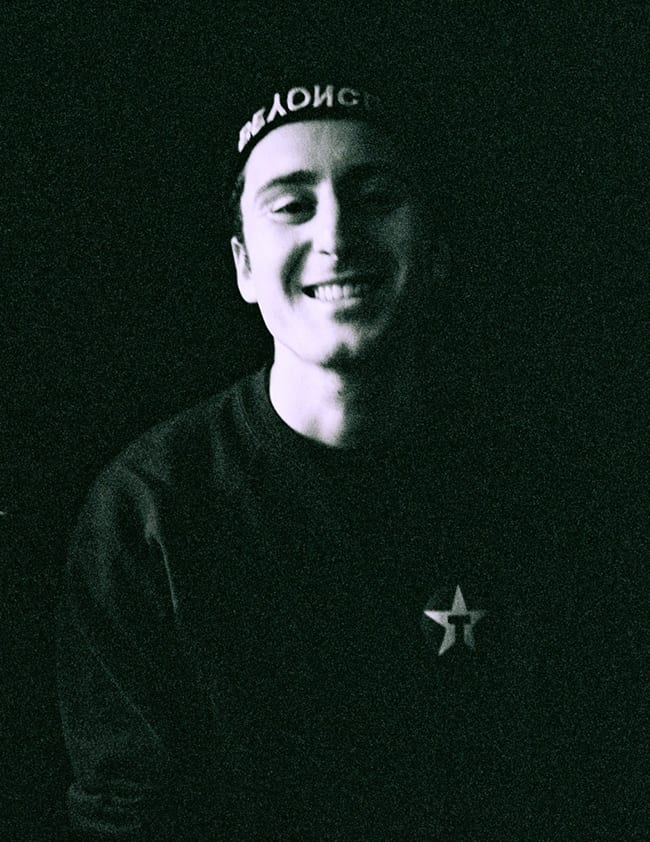 Tell us a bit about yourself and your journey into producing electronic music?

My name is Natal and I come from Århus, Denmark. I started playing music when I was a kid, and began experimenting with recording, editing and manipulating sounds on my computer when I was about 15. I didn’t really know about too much electronic music back then but it soon started to unfold itself before me.

I wasn’t committing to one style in particular at that time and never have since; it was simply more fun to just fool around and make lots of different music. I was trying to focus on broadening my horizon and learning more about music-making, so 5 years ago I started studying electronic composition at DIEM (the electronic department at the Royal Academy of Music in Århus).

Through these past couple of years I’ve been shifting my focus regularly from club-oriented music to more academic and electroacoustic music, as well as technical and theoretical aspects of electronic and experimental music and its history.

Has anybody in your circle of friends or family been inspirational in the development of your artistic endeavours?

I have a very close relation to my younger brother Milán. For many years we’ve shared interest in music and he’s still my most important influence. Anyone who has a good partner in crime knows the importance of a long, insightful and personal relation around music. Milán helps me look forward, challenges my perspectives on things and he’s generally the fundamental support for my work.

My father, who is a classical conductor, has influenced me since forever. I know that his crazy, stubborn and passionate attitude toward music and his life circulating around it, has meant a great deal to me and even though his world looks very different than mine, we have a lot in common.

Of course, I have a few very good friends in music, and I appreciate they way these people spice everything up and give our everyday with music a good vibe. 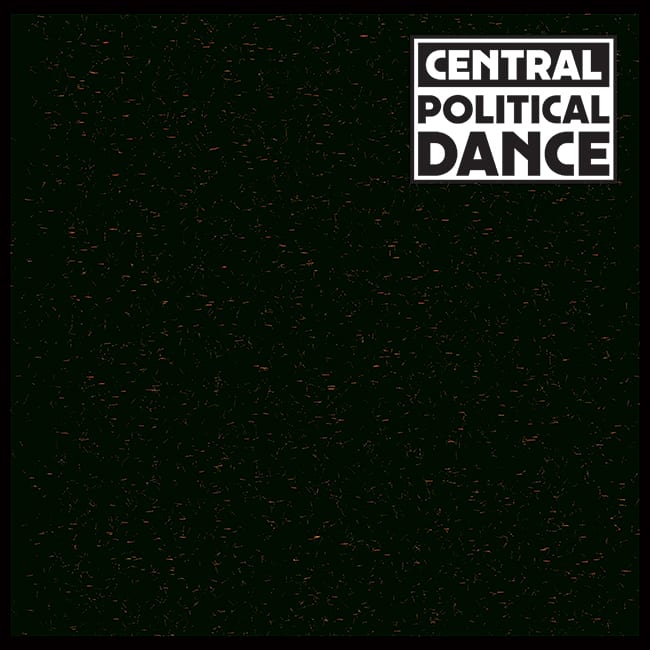 How did your relationship stem with the Dekmantel crew and what does the future hold with the imprint?

Casper from Dekmantel wrote me after picking up a tape I did on a Dutch friends label (Yield). He liked the 4 tracks on the tape and wanted to hear if I had more music laying around. I did have quite a lot of unsigned club music in my archives so we started talking about it all.

After finishing a number of tracks I drove to Amsterdam to meet up with them and ended up with the final ‘Political Dance‘. I’m not exactly sure what to expect of the future; I hope I’ll get to spend some more time with the Dekmantel crew, play some records here and there, and sooner or later I’ll start working on the follow-up for the label.

Tell us about these two EP’s – how long have you been working on the tracks and what did you envisage when you were producing the tracks?

I think ‘Political Dance‘ is a pretty straightforward collection of tracks. Obviously I don’t think of that as a bad thing, but in comparison to a lot of the other music I do, this music doesn’t sound encrypted or conceptual and has a less esoteric nature.

It’s music that deals with my appreciation of and fascination with dance music: Its sound, ideas, culture and tradition. Some of the works are more referential, some naive; others are just fun and some more expressive. Naturally I try to combine taste, hard work and character into a sum greater than its parts.

These tracks reflect quite different aspects of house and techno music, and I like to think that the music – functional and traditional as it might be – is inevitably coloured by my taste, skills as a musician and producer (or lack of them) and my environment – both in time and space. This arguably counts for anyone making music. On ‘Political Dance‘ however, I did my best to present my own take on things.

Almost all tracks are quite recent works, all finished late 2015; the earliest sketches are from mid 2014. 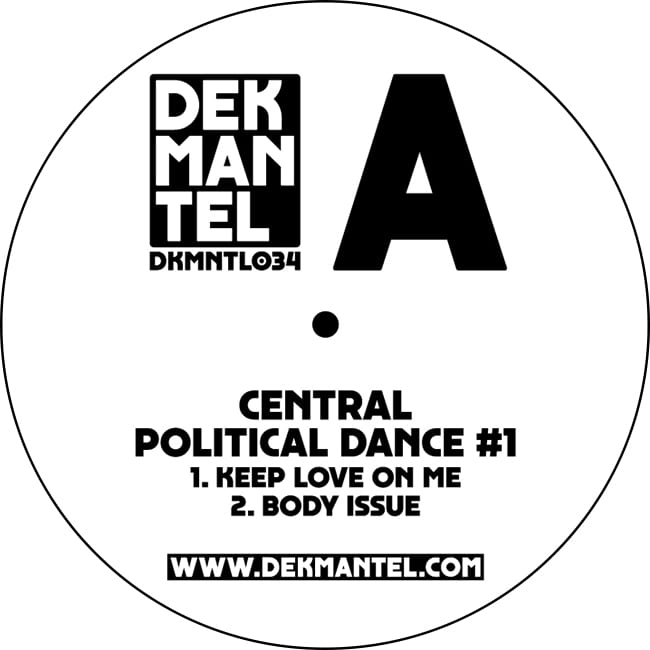 Do the two EP’s relate to one another in terms of sound or have you differentiated each of them to carry a particular aesthetic and auditory journey?

As I alluded before, I actually thought of these two records as an album. After deciding to split this family of tracks apart I actually came to feel that they work surprisingly well separated, and somehow I experience new relations growing between the 9 tracks and two records. I’ve worked a lot on the music and needless to say, I know it pretty well; but I find that the recontextualization of the individual pieces play a bigger part than I expected.

What artists, albums and records have become the lifeblood to your personal musical taste?

Questions like these are quite difficult to answer, but I won’t complain. I could point at obvious heavy milestone records or try to give you obscure titles that would give y’all the impression that I have a sophisticated taste haha. But I will mention some names that I feel have affected me a lot throughout the years: Grouper, Conny Plank, Arthur Russell, Terry Riley, Ariel Pink, Aaron Turner, Larry Joseph, Jamal Moss, Kevin Shields, Theo Parrish, John Maus and Dylan Carlson. Some more than others, some aesthetically, some emotionally and some musically. 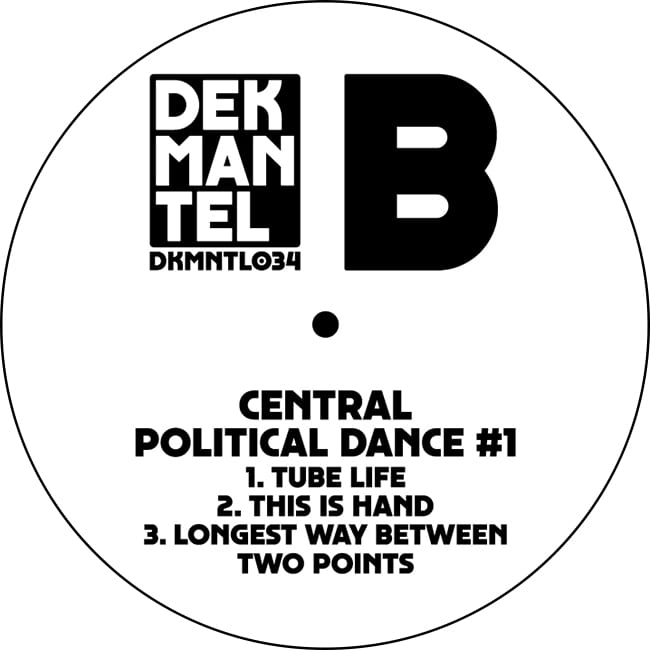 What records have you recently recently picked up and are totally rinsing right now?

Lately I’ve been trying to dig deeper in the Danish underground music of the 70’s and 80’s, which isn’t necessarily easy. Spending a lot of time in local record stores, doing my best to avoid the huge amount of bad music from that time. There are also some exciting Danish jazz records and I’m buying a lot of records with Niels Henning Ørsted Pedersen playing on them.

Lately I picked up some records from the Danish group Shiggajon and these records really excite me.
But perhaps I should try to name a few electronic records. An Australian friend recently introduced me to the work of Braden Schlager, just reissued, very cool. And DJ Guy’s work is often brilliant – check his records on Cejero and Nord.

It’s a tough one to answer but which tracks are you most proud of from each EP?

I guess there are tracks that I enjoy listening more to than others, but it changes a lot from one day to another. Some make me happy and others bring up other emotions.

“Convenient Departures” is special to me, as it really gets to some hidden corners of my music I didn’t really know too well before. It’s quite hard to put into words, but this track surprised me and I feel that it grew beyond what I initially “put into it”. Some pieces do that I guess, unfold even after they are done.

From Part 1, I think I’ll choose “This Is Hand“. It’s a very busy track that I find to be on the edge of falling apart. I feel it is very spontaneous and vivid, and I like that. I hope listeners will find it unpredictable and perhaps enjoy how it contrasts the rest of the bunch. 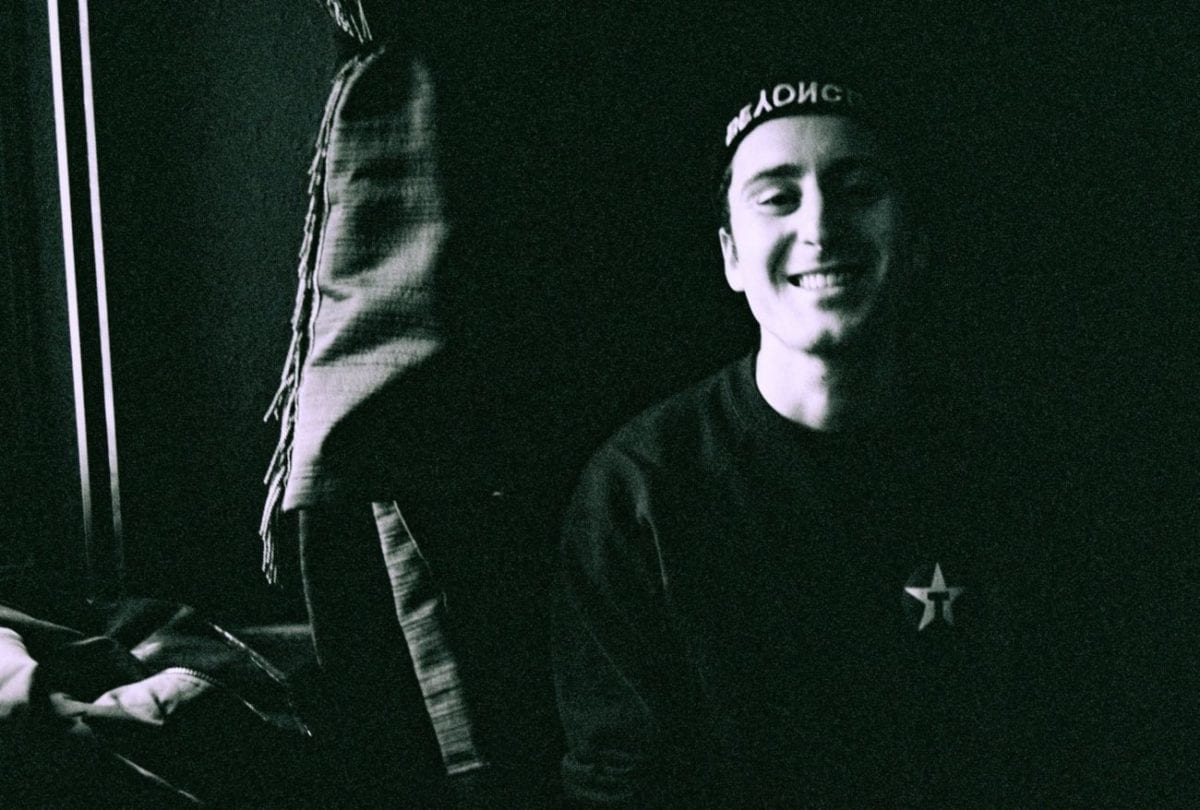 Apart from making music what else do you spend your time doing?

I really enjoy working with “visual arts”. I don’t consider myself a visual artist at all, but in periods of time I nearly spend more time making collages, posters, flyers, designs for records more than making music. I do the graphic stuff for my label Help and for Regelbau and a few other contexts.

Over the past few years I learned for myself that the best way for me to improve at making music is being better at not doing it. So I try to spend a lot of time outside the studio, with friends, with a book, whatever.

When it’s not snowing up here, the best thing to do is to play as much football as possible. And watch it too.

You’re playing at Dekmantel this year – will you be playing live or DJing at the festival?

Really excited about that! I’ll be playing a DJ set. Generally I enjoy playing local music and music from friends more than playing records from people I’ve never met. So I’m sure this set will be stuffed to the brim with great dance music from friends and our own labels. As releasing records is a relatively slow business we always have tons of unreleased stuff lying around, that I’m looking forward to play at the festival.

What are you most looking forward to at Dekmantel?

It’s actually the first time I’ll be attending the festival, so pretty much everything. I really like Amsterdam and the vibe in the summer is euphoric, so I believe that I’ll experience new heights of quality summer time with a line-up like this years Dekmantel. Will do my best not to miss the Orb, Tony Allen and ESG.

Finally do you have anything else to say – new talent / labels / artists to look out for?

First of all thanks a lot to Inverted Audio for letting me answer your questions, and to your readers for reading this. I appreciate it.

I’ll have to recommend keeping an eye on DJ Sports (my brother) who’ll be releasing a tape on the aforementioned Dutch cassette-label Yield – some great and quite unique sounding stuff.

My dear friend Love Letters will be releasing an exciting record soon as well (don’t know if I can say more than that), but don’t sleep on it.

I’ll have to put 2 Bit Crew on here as well, good friends and true house heads. Acting Press probably doesn’t need an introduction anymore, but the quality is really high.

In case some of you enjoy our Help Recordings and Regelbau, we’ll soon air a new imprint called ‘No Hands’. I’m really happy with what’s happening here in Århus.

A1. Keep Love On Me
A2. Body Issue
B1. Tube Life
B2. This Is Hand
B3. Longest Way Between Two Points

A1. Convenient Departures
A2. Detour King
B1. Political Dance
B2. H Ain’t Nothing But A Number

Discover more about Central and Dekmantel on Inverted Audio.