Illustrious Japanese musician Chihei Hatakayama is back with ‘Late Spring‘, another transportive album of premium ambient music, this time landing a little further afield than usual, on London’s Gearbox Records.

With a back catalogue consisting of material from legendary artists such as Thelonious Monk, Yusef Lateef, Sarathy Korwar and Don Cherry, releasing with Gearbox comes with a  certain prestige, and also signals some timely recognition of Chihei’s longstanding dedication to his particular craft.

A prolific bringer of calm with over 90 releases under his belt, most notably on his own ambient/oddity label White Paddy Mountain, Chihei’s music is remarkable in that, once familiar, it is quite recognisably his music — a fair accomplishment considering the sheer quantity of released material he has been behind, as well as the apparent harmony he has when collaborating, such as on last Autumn’s collaboration with Dirk Serries for Glacial Movements, or with Eraldo Bernocchi on White Paddy Mountain in 2018.

No stranger to the cycles of releasing music, and no stranger to seeking inspiration in the seasons to create it, a number of Chihei’s White Paddy Mountain releases feature seasonal framing (2014’s ‘Winter Storm‘ and 2020’s ‘Autumn Breeze‘ are examples). Yet, this album for Gearbox appears to be the first time he has dedicated a release to the season of rebirth.

An album for the ambient lovers with little variation in the stylistics, ‘Late Spring’ is characterised primarily by a warmth and a quiet — almost fragile — sound. Like a blanket of mist rising from the dew coating the morning grass, the album’s gentle upward motion carries the listener on a blanket towards the promise of summer heat.

It’s a cinematic affair, pulling in inspiration from Twin Peaks and Japanese film director Yasujirō Ozu’s 1949 film of the same name, and constructed in a circular narrative form that brings the listener from dawn to twilight. Whilst Chihei shows off his skills with modular and guitar, one of the album’s striking truths is that only one form of instrument was used for each track, a fact which is hard to believe on hearing the combination of sweeping ambient washes and gentle effects-laden guitar.

To uncover a bit more about the album and it’s sources of creation and inspiration we spoke with Chihei, gathering a short run-through of each track on the album that serves as an interesting codex for the record, demystifying the tracklist. 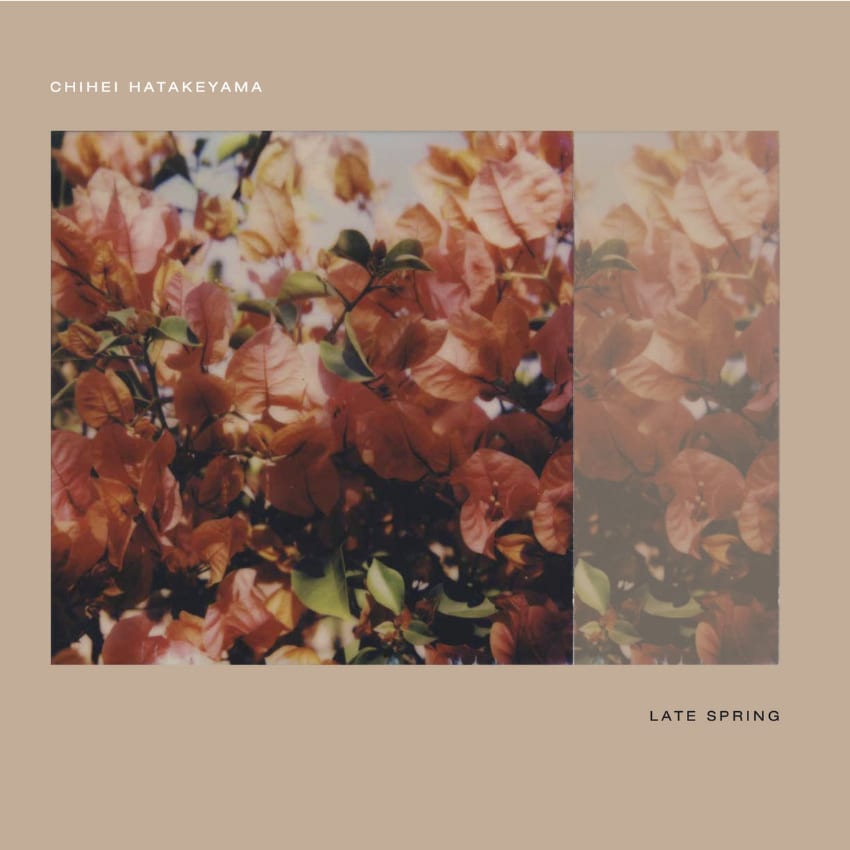 This song came together accidentally as I was tuning the tone of my modular synth. I tried recording tracks with a similar vibe afterwards, but none of them were as good as this one. It’s got that dawn-like, beginning of a story ambience.

The basis of this song is an improvisation done with my MS-20 mini, an analog mono synth which is a reproduction of Korg’s MS-20. All the sounds used in this song were created with the MS-20 mini. After a few tries, I was able to reach the final melody. I haven’t really used it since, which makes this a rare one.

I recorded this in July. It expresses the languorousness of the rainy season in Japan, the hiss noise sounds like drizzle. The loop was based off an improvisation I created using the Prophet Rev2 synth. I used to watch Twin Peaks back then, which may have reflected upon the ambience of the song.

For this song I utilized the tone of a Fender Stratocaster and recorded using the Fender guitar amplifier. I recorded it in April, looping my guitar improvisation. The string-like sound behind the main guitar was created using a particular guitar effect, the Mel9 pedal. The image I had was a breezy spring air.

In a similar way to ‘Sound of Air’, this track uses the tone of a Fender Stratocaster. Recording was also done around the same time. During that period I was experimenting with recording using a guitar amp. Out of everything, the melody of this song stood out in particular to me.

This was recorded around the same time as ‘Butterfly’s Dream’. Tone was created using only a Prophet Rev2. The ambience of the melody is inspired by Twin Peaks, as well as the singer-songwriter Bill Fay. The second half of the song’s effect was done using the Phonogene modular synth.

7. Thunder Ringing in the Distance

This is the oldest song of the album, recorded back in December 2017. I recorded it by applying electric guitar effects directly to the acoustic guitar mic. The hiss noise was emphasised by using an old wall adapter, as well as amplifying the noise of the digital effecter.

8. Memory in the Screen

One of the older songs on the album, created using the Instruo Cs-L, an oscillator of a modular synth. Inspired by a film, and the melody has the similarity to Aphex Twin’s ‘Ambient Works’.

I applied the same technique as ‘Butterfly’s Dream’ when creating this one, during the same period of time. The image in my head is of a bell ringing from afar, which reminds me of the time I got lost travelling through the old town of Geneva, Switzerland.

This song came along as I was rehearsing at home for my European tour in 2018. I used a Les Paul Model and recorded using a guitar amp. It has the dark ambience of a trip coming to an end.

‘Late Spring’ is out now via Gearbox Records. Order a copy from Bandcamp.