Berlin label ARTS ready the second album from Belgian artist and musician [KRTM]. ‘It Will Make The World A Better Place‘ follows a pair of EP’s on the label, and marks an entirely new world of artistic realisation for the swiftly-rising talent.

Cruising over a monumental 27 individual tracks spliced together into 4 cohesive sides across the double LP, [KRTM] hybridises patterns and rhythms from the world of hardcore, techno and rave, rendering them into a brutalistic and unforgiving world as it clashes with mutilated field recordings and harsh ambient backdrops, resulting in convoluted structures bearing resemblance as much to songs and sonic art as dancefloor-wrecking weaponry.

The artist’s approach, however, is one that encompasses far more ingenuity and creativity than the general standard — so much so that it seems as if including genre names, even merely as a wayfinder for new initiates to his sound, does little to truly define his music, and in fact serves more to distract from his attempts to create something quite apart from the majority.

That fact is compounded on ‘It Will Make The World A Better Place‘ to an even greater degree than before: the holistic self-creation which marks [KRTM]’s musical productions extends now not only to the artwork adorning the sleeve, but a full-length film set to the score of the album.

Prior to the release of his first fully-fledged handmade release, we shot a round of questions over to the artist to pick his brains about sound creation and practice, the extent of his self-distancing from the world of techno, and how his film and album are interrelated. 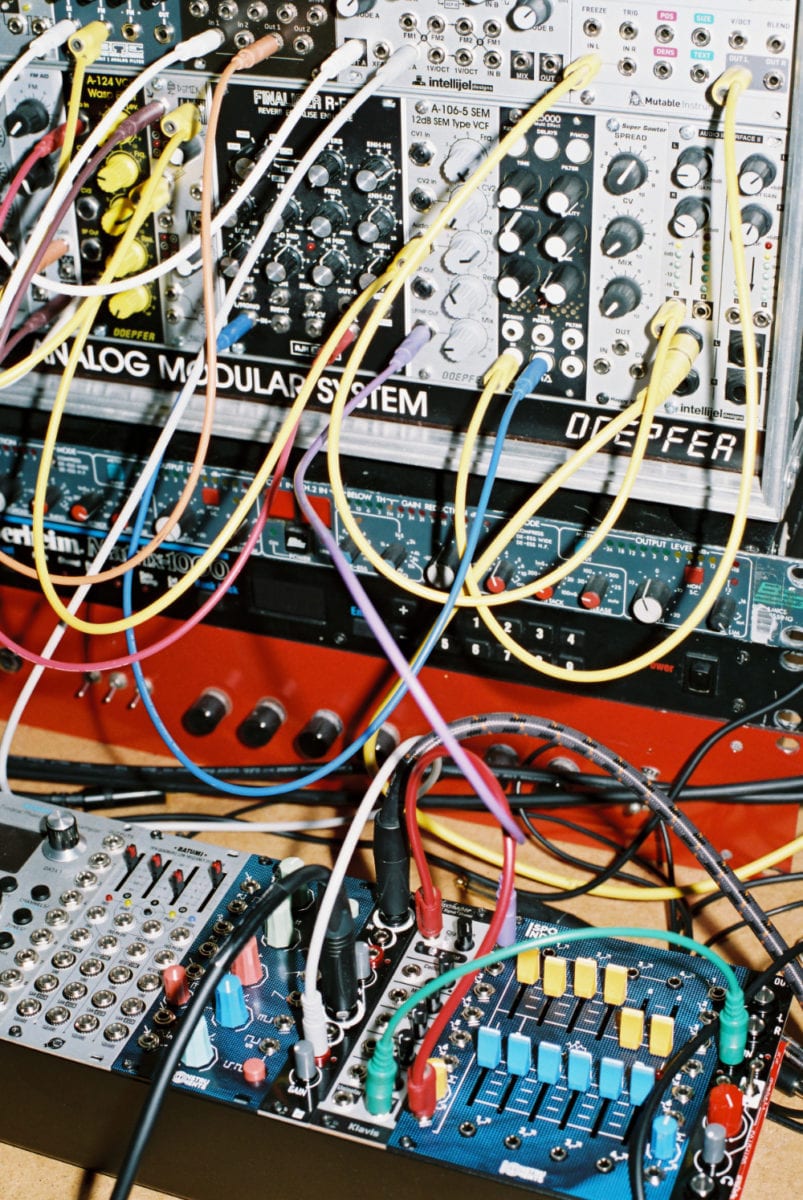 You have previously stated that you don’t identify as a techno artist, but someone who operates in the world of techno and within some of its frameworks. Can you elaborate on that thought for us?

I do identify as a techno artist, to some extent. But not when people take away my freedom to introduce other music or directions into techno music. Luckily that has changed over the years and the scene seems more open to experiment these days. Though, there will always be a part of the scene that freeze the development of their own experience by sticking to what is accepted or what they already know.

Maybe I need that constant rush of eclecticism because I grew up in the hardcore / rave scene, where a lot of music styles form an erratic relationship. Even if techno rhythms continue forward in syncopation, there is so much you can do to deviate from all the predictable methods in that genre. Some people get it, some people don’t, and that’s fine.

Where do you get your sound sources from, how do you manipulate them into your own, and what are you trying to say artistically with their usage?

Every single track is written with a plethora of analogue machines which I’d record, resample, reamp and deform digitally until I get exactly what is needed. Over the last decade and half, I’ve challenged myself to create every single sound from scratch and build my own library. It’s far more fun and rewarding to audition your own recordings than to download sample packs. There is nothing wrong with using samples, but I consider it rather lazy and boring in most cases.

If you use samples which have been created entirely by yourself from zero to finish, you will know exactly how to go back to that creative process and redo it if you are unhappy with some of the artefacts in that recording.

The reason why I keep making music in the first place is because I love recording and sound design as much as composition and storytelling. There is a craft behind making sounds and if I dream up a sound, I won’t sleep until I know how to make it.

Field recording is also a big part of my work, even just listening to recorded environments, real echoes, room sounds and bouncing frequencies can trigger so much imagination and actual insight for sound design. It’s a thrill to wake up in the morning and go for a walk, just listening to your surroundings through headphones connected to a field recorder.

The microphone amplifies certain frequencies in such a different way than your ears can do. The writing process already starts there, even if you’re just recording stuff that might just end up on your harddrive.

Maybe at some point later in time, it will be the missing piece in the emotional puzzle of a track I’m working on. Mentally, the writing is always an exorcism and release of positive and negative energy. But the technical aspect of creating the sounds is often more grounded in logic, reality and functionality.

What I’m trying to say artistically only matters to me. In the end, I have no control over how people will perceive the work I do, so I’m always trying to leave space for interpretation, because defining the work would take away a lot of its experience. We’re interested in the fact this was originally produced as a film, and how this became a physical release of audio, separated from the film. Can you talk to us a little about how this came around, and whether there were any considerations for turning this into an audio only release?

The music was first, even though I worked on the music and the film simultaneously at some point. When I had a raw version of the music, I started creating the film and the vinyl artwork. From there, I patiently structured my ideas for both the musical and visual work. All throughout, it was a very fun process, because everything was created in the same studio, jumping from audio to video and vice versa.

For most of my releases I want to create something more than music. I don’t feel like it reached its goal if the visual counterpart doesn’t match up with the music. That’s my frustration with standardised label artwork, especially if its monotonous and repetitive. So I want to have full control over the entire release, which doesn’t work with all labels. I’m very lucky to have this freedom now with the labels I work with.

‘It Will Make The World A Better Place’ is scheduled for release 26 April. Order a copy from Bandcamp.