As part of our continued partnership with Intonal Festival in Malmø, Sweden, we caught up with Dungeon Acid (real name Jean-Louis Huhta), a hardware acid techno enthusiast, to find out more about his performance alongside Berlin-based production house House Of North, as Northern Acid.

Over the many years he’s been performing, Huhta’s sets and records framed around the celebrated 303 have earned him fair respect for his passion and dedication for that most iconic of rave sub-genres — IA MIX 100  featured an entirely live Dungeon Acid set, capturing a taste of the artist’s breadth.

At Intonal Festival, Huhta and House Of North will perform as Northern Acid, signalling the debut of ‘Transient Hypofrontality’, a performance piece playing with the concepts of altered states using ‘psychoactive frequencies’, custom visuals, and much else besides.

In this interview we unpick the forces that made the collaboration happen and what the future holds for the project, as well as questioning House Of North and Huhta about their solo activity, such as Dungeon Acid’s passion for skateboarding, and what tech stays in the travel case when he performs. 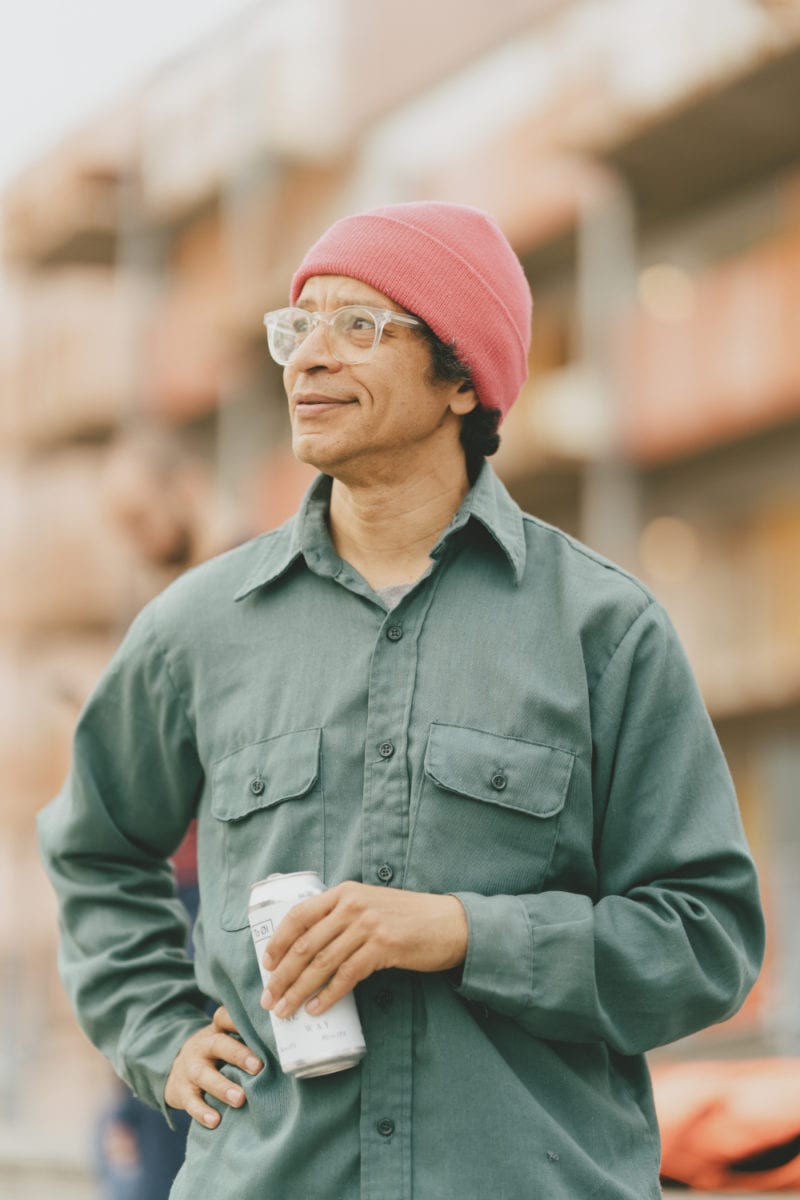 Hi Jean-Louis, nice to be back in touch and thank you for taking the time to answer these questions. Firstly, how does it feel to be back performing live at a festival, having been in lockdown for what seems eternity!

I’m very much looking forward to it!

How did you manage being unable to perform during the last year? Have you developed any projects?

Yes Northern Acid! Is a project which is the merging of House of North and Dungeon Acid. Apart from that i started training Tai-Chi which is a nice world to step into.

Have you attended or performed at Intonal before? If so, what acts do you remember seeing perform and what impressed you about the festival?

Never, this is la première fois.

The project you’ve brewed up for Intonal 2021 ‘Transient Hypofrontality’ sounds very interesting – please tell us more about the concept of FLOW, and how you plan to use your own brain waves as part of the performance?

Our existential grind predominantly takes place in the prefrontal cortex of the brain, and it is proposed that Transient Hypofrontality (shutting it out) is the unifying feature of all altered states. We want to experiment with everything from psychoactive frequencies to dramaturgy around this concept.

As a musician, what draws you to these concepts? You seem to have done more than the standard first-hand research.

I am part of a brain synth project called “1+1=3” a collaboration between scientists, visual artists and musicians.

At some point in the future we will apply the EEg synth and see if we can make something interesting.

As Dungeon Acid, your focus is on dancefloor-oriented productions, with a heavy emphasis on the 303 (no surprises there). How are you adapting your music for this performance with House of North?

This composition starts by aiming for the dancefloor in your head, and takes it from there.

Would you say there are more experimental frameworks than usual?

Very much so: it’s a new territory for us, we’re learning as we go along.

House of North sounds like a very interesting entity for future-facing installations and performances. Can you tell us anything about recent projects you’ve been involved in?

The last project, just before the first wave of Corona hit, was a stage and lighting design for Peaches’ show “There’s Only One Peach with the Hole in the Middle”, at the Royal Festival Hall and Volksbühne.

This is the debut of your Northern Acid project: how are the two performing entities going to intertwine for the set?

The lasers and the synths are connected via many channels in both directions. The orchestration of this interaction is happening live. For example, the laser system is audio driven (AVB). This means that the audio synthesis can be directly translated to laser movement, and also that the audio frequencies driving the lasers can be mixed into the audio.

Is House of North specifically managing lights and other aspects to the performance, or are you also involved in the production and musical aspects?

This project is very much a conversation, in its conception and in the performance. Jean-Louis is the composer and drives the performance interaction, which in turn may create evolving feedback loops in what you see and hear.

It seems that House of North operates at a global level, with locations in New York and Shanghai as well as Berlin. What does this enable you to do as an organisation? What have been the greatest successes?

We have managed to continue doing projects in China and the US by collaborating remotely, and that feels like a great success in itself.

Is this more of a labelling method, with logistics handled by others? How do you ensure quality of the events meets your standards?

As an example, we did a complex video project in Shanghai and were worried about not being able to be there in person, but it worked great thanks to our long standing relationship to the team there. Without the common IRL experience it would probably not have been possible.

Dungeon Acid was our 100th entry to the IA MIX Series, back in 2013. What has changed since then in your approach to creating music?

The process of creating music is a long, slow process that hopefully won’t fade away. I enjoy the creative process and also performing live, just trying to keep it fresh and sharp .

You perform as Dungeon Acid using an array of drum machines, modular and synthesizers: what has stayed in your travel case throughout the years?

The 303 and the Memory Man Hazarai Delay.

Why is the Hazarai so good?

It’s a nice hands on delay and multi-effect looper for live situations.

How often do you switch modules out of your case and hunt for better versions of what you use?

The hardware has gone through different phases throughout the years, which is also half of the joy. In this project, live performance is what dictates the choice of modules and hardware. Most of the modules I use are made by ALM Busy Circuits, who have been very supportive. I mix that with other manufacturers to create my compact live machine.

What’s your relation to the skate scene in Denmark and further afield? What are you pursuing with the artistic direction here?

I’ve skated all my life and I live in Copenhagen which is a great city for skating. I have many friends here who skate, as well as those in other countries. To perform in the skatepark felt very natural, and a beginning of other experiments in that context.

In the interview we conducted with you for IA MIX 100, we asked you for some of your formative records as a child, with you listing Nina Simone, Marvin Gaye and Santana high amongst the list. What are the records which have served as inspiration for the pair of you for this performance? Are these recent finds or longstanding sources of creativity for you?

The idea of altering states of mind is maybe at the core of all music but also of a plethora of technical, scientific and experimental sound practices. The inspiration for this project is at the intersection of these topics.

Dungeon Acid will continue to work and evolve. This is the first incarnation of Northern Acid, and it has many possible variations. The next step is to experiment with dance and movement to develop a coherent spectacle. We would also like to extend our gratitude to Michael Sollinger for his generosity and superb laser equipment.