Over the past two weeks we have been highlighting Scottish record label Craigie Knowes through track premieres and a limited edition run of merchandise, featuring all artists released through the label’s family.

To finalise the partnership between Craigie Knowes and Inverted Audio, we caught up with co-founders Mitch Hunter and Max Spittal, who have also recorded a 100% Craigie Knowes podcast – not forgetting their two additional sub-labels C-KNOW-EVIL and Wormhole Wisdom.

This interview cracks open the jar on such important details as the reason for the iconic snail adorning each record, as well as the importance of having a designer you can trust, and numerous other details into the labels creation. Don’t miss out on the limited edition merchandise available to order via Everpress. 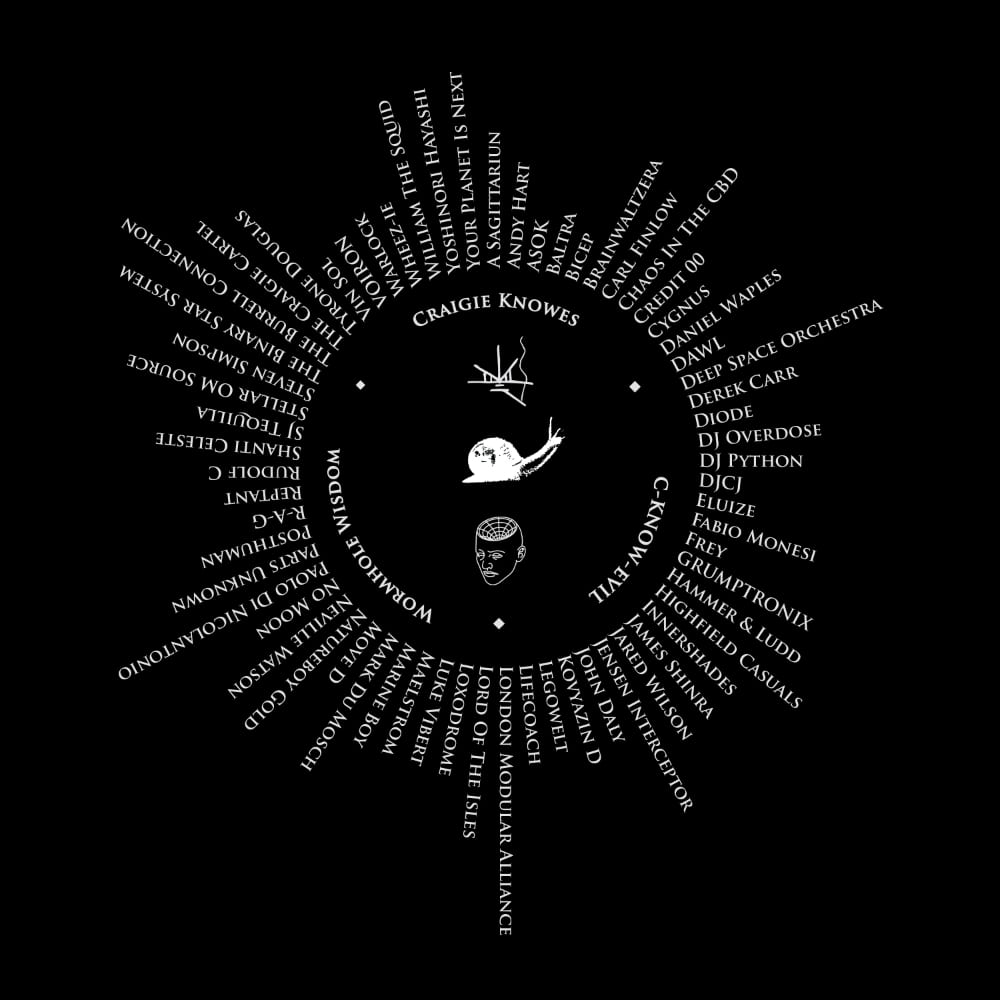 When did you guys first meet and what spurred that initial spark for friendship?

We met on a school trip. We were both at separate schools at around the age of 12 and joined up at the end of the final school year before high school for a trip to Holland, Belgium & Germany.

There was some aggro between the schools prior to the trip due to an altercation at the local swimming pool’s Friday night disco a few months prior, however, we soon realised we could cause a lot more trouble together rather than fighting with each other. 17 years later and here we are.

Tell us about what you were up to before starting the record label.

Partying mainly, we were in our late teens.

What provoked you to establish Craigie Knowes? What did you feel was missing?

As we just mentioned we were really young, like 21. We had run another label for about 3 years and fancied a change. We had plans for a new identity, new music and to do some stuff with fundraising involved – so Craigie Knowes came from that.

Tell us about your party heritage in Scotland – how did you get into the music you release now, and where did you find this in your local area?

We first got into dance music through some older friends that did a season in Ibiza in 2009. They were one of our friend’s big brother and his friend – we thought they were cool because they DJ’d so fancied giving it a go too. Our friend Asher also showed us a Dubfire mix around the same time which definitely opened a few doors. We were also pushed along by family members who were in & around the scene somewhat. All that and stories about how crazy The Ice Factory was in the 90’s.

The Ice Factory is the a club in Perth which is based at the harbour near Craigie (the neighbourhood we grew up in) and it holds around 2000 people when running at capacity. It was closed for a number of years and since reopened. At the age of 17 we then decided to start our own night in a local pub, which got pretty popular in Perth, we don’t know why as we couldn’t really DJ and the tracks we played weren’t very good – but it was a start and it just rolled on from there.

Our proper education is down to going to see Harri & Domenic play every other Saturday at Sub Club in Glasgow when we were in our late teens. They are gonna be sick of us mentioning them in every interview. That kinda showed us what could be done if you gave it a proper go. Max DJ’d at Sub Club for a number of years at that time alongside a more eclectic DJ called Nowicki that really helped us see the wider spectrum of dance music and its history.

What is the Craigie Knowes ethos and what does it stand for?

Release good music that we believe will stand the test of time.

What’s the story behind the name — and, importantly, the trusty snail?

Craigie is the neighbourhood where we grew up in Perth. We’ve both moved back here this year too, we live round the corner from one another at the bottom of Craigie Knowes Road.

The snail is a funny one. Max’s grandparents lived in Oban where he would visit with his Mother, one year he was allowed to bring a box of giant snails from their garden back to Craigie. Upon release they spread through the neighbourhood and if you lift up a plant pot in the area 20 years on you’ll likely find one or two of their giant descendants. 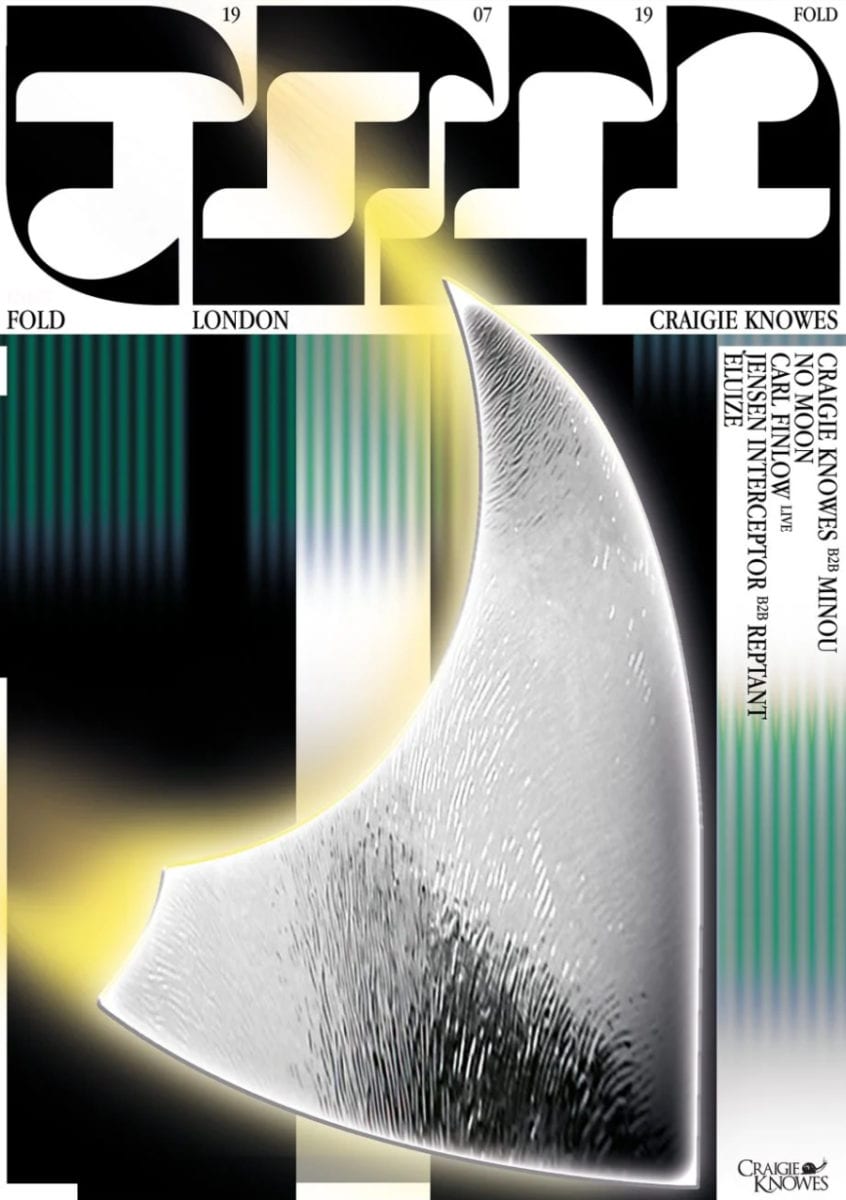 How do you go about A&R? Is it a case of reaching out to a list of people or is it more a friendship-based project?

We make friends with our artists, rather than our friends becoming artists of the label. I feel it’s only natural when you like the same stuff and are in it for the same reasons. But it’s more “oh we like them” rather than a group of tight knit mates like many of today’s great labels.

Looking back over the years operating label, what are the milestone achievements/ highlights?

The first fundraiser for War Child was a great start, the project continuing to raise thousands for the cause is still amazing considering the idea was conceived by us at such a silly stage in our lives. I think all labels will say the first time they see their releases at the top of a popular stores release chart is pretty cool, interesting to know other people like what you like.

The Boiler Room / FOLD weekend in London was another moment when it struck home how lucky we were – to play with the artists we love in such a wild and fun environment. That definitely felt like we had made something from nothing.

What challenges have you faced running the label, and how did you overcome these?

We try not to dwell on the challenges too much. We’ve made our mistakes but we try not to repeat them. We’ve been so lucky that our mistakes aren’t numerous, but we’ve definitely had a couple shockers!

You’ve released a huge amount of music from a wide array of artists – how do you go about managing this?

We just pick tracks we like and would play in the club or listen to at home from artists we like. I’d say it is that simple. We came to the fore just as genre-hopping became the “done thing”. If you listen to our mixes we play a bit of anything, as long as it works in a club we’re happy with the output.

How have you kept up your pace of releases since establishing the label?

With the support of Clone Distribution to be honest, they have backed us since day one and we’ll always be thankful for their help for us to pursue such an aggressive output. We do plan to tone it down from 2021 as we feel it is time we reinvent ourselves a bit and prepare for the future of the dance music industry.

Each year you release a War Child compilation. What prompted you to do this since day dot?

It just seemed like a cool thing to do, we were ambitious with the artists we asked and since we didn’t have a crappy back catalogue many of them (perhaps naïvely) accepted. I remember when I heard that Optimo were releasing a War Child fundraiser at the same time as our first one which had been in the pipeline for like a year by that point and was so worried people would think we were some sort of shit Optimo rip off. I suppose we kind of are a bit.

The landscape of the electronic music community is changing day by day. What elements are you seeing change and how are you adapting?

Vinyl sales seem to be increasing across the board, which is cool. Other than that we just try to focus on music and nothing else. The community vibe within the weird group of people we surround ourselves with is still strong and we aren’t really doing anything different from what we have always done. We are nice to everyone, we pay our artists properly and continue to sign music that we like – as long as we can keep on doing that we’ll be happy.

Distribution of records is essential, how are you maintaining the flow of records and what plans for the future do you have for this?

As mentioned already, Clone Distribution helped breathe life into the label. We’ve used the P&D model for 5+ years now, and we do feel it’s time for a change. In 2021 we want to be more hands on, more in touch with the huge community we’ve built, and be at the centre of what we do again.

I think this is spurred on by being in the same town again, back in Craigie, coupled with our new studio / label-hub we’ve been working hard on for the last few months. Lots of news to come in 2021 on how we plan to change for the future. 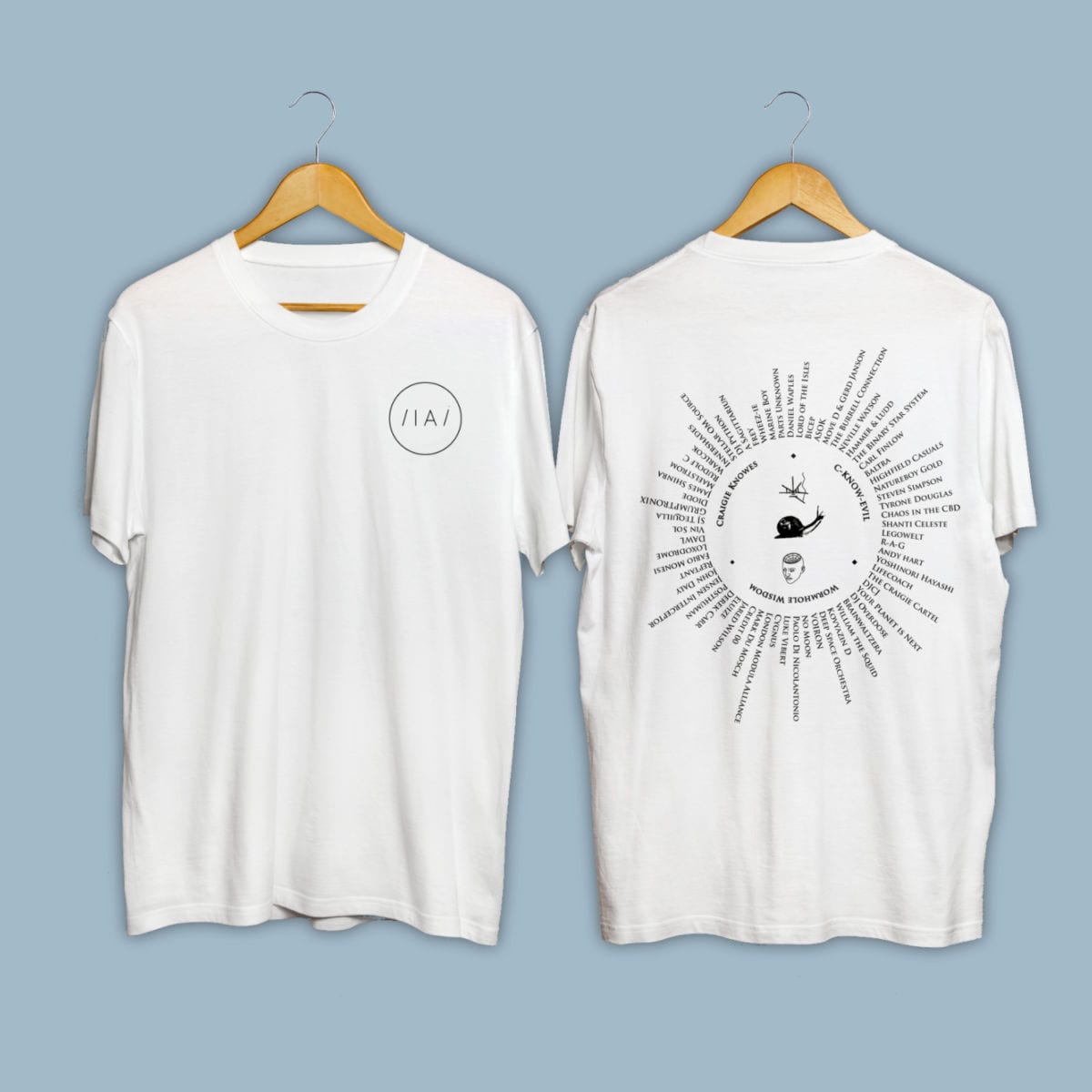 Tell us about your sub-labels and what they each represent.

C-KNOW-EVIL is a side project with our friend and Rakem, the designer behind the sleeves. It’s a 10” only label for rough and ready trax! Nothing more, nothing less.

Wormhole Wisdom is the brain-child of our buddy and record digger extraordinaire, Parts Unknown, real name George Elliott. We had the infrastructure here at Craigie Knowes to support a new label and really wanted to work on something new. So Wormhole Wisdom was born; focussing on reissuing dance music from the past that is now too expensive/rare for people to purchase.

Some people like reissues, some hate it. We’ve faced some really tough challenges but the ride has been amazing – we’ve unearthed some fantastic unheard music that would have otherwise been lost to the ages, I think that has been the most rewarding and unexpected outcome of the project.

How did you come to work with your in-house designer Kyle Morrison — and what are your favourite designs from him?

We really needed someone who understood what we were trying to do. We wanted to stay simple and memorable but also have a unique take on each release. Kyle gelled with us so quickly, I think his background in typography helped as he has such a great eye for cleanliness, simplicity and balance. He’s also a top professional and has never let us down, something that is more difficult than you’d think within the creative world.

Looking ahead, what artists are you adamant on working with?

Oh man, you can’t do that to us! We love when artists return to the label, so we’ll definitely be looking to team up with some of old pals again. All the artists who we want to work with know who they are, as we keep on bugging them via their Instagram DMs.

If you could work with any artists dead or alive who would they be and why?

I’d like to say James Stinson but I don’t know if we would in reality. Having him on board with us would feel a bit disrespectful to his lore and craft.

Finally, any words of wisdom / warning?