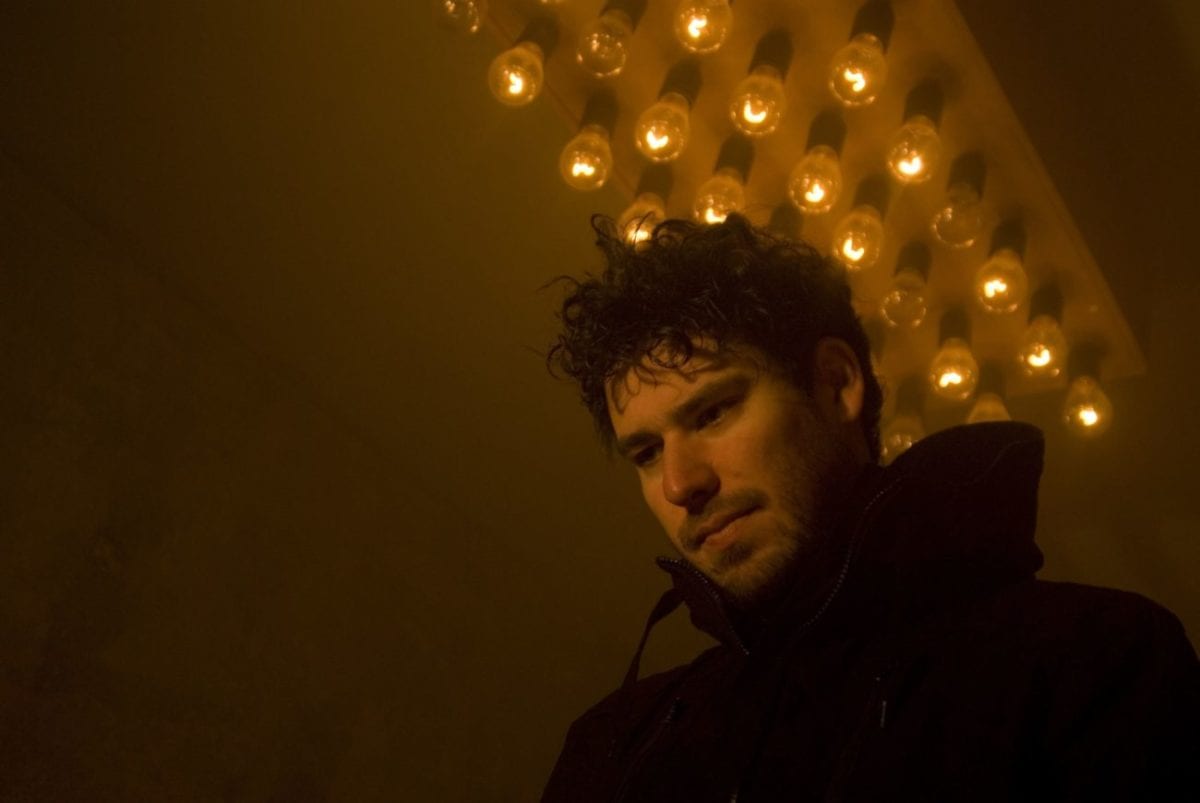 To coincide with both the release of The Mohana E.P. and his August performance at Fabric, Inverted Audio has conducted a very rare and exclusive interview with Nathan Jonson aka Hrdvsion for him to shed some light on the dark disturbing world of Hrdvsion and his insatiable obsession in abusing sound.

Hi, Nathan. Thank you for taking the time to speak to us.

Bzzzzt, chicken salad! aka good to be here!!

Where did you grow up in Canada – the Vancouver area, right?

Did you feel part of a fertile musical “scene” there, and did this influence you?

There’s a scene in Vic for sure. I’m not sure if I was a member of it. I think perhaps I belonged to a sister club born out of wedlock between kissing cousins.

What about the parties?

Raves were rad. I think my friend Jesse and I were the only sober ones there most of the time. It was cool meeting people wrecked on drugs thinking that they were really nice and somehow within this situation were able to actually love me within moments of us meeting. Back-rubs were a little rough, but you got used to it after your fourth or fifth one in a night. I think we caught the tail end of it as they turned into “parties” and became more mainstream, though we definitely experienced some great ones. It was a great place for us to go because we felt free, and able to be whatever we wanted.

How close were you to your brother Mathew while growing up, and did you share the same musical upbringing?

We had a similar musical background, but Mat was into it much earlier than me. He was a drummer in the Penticton Pipe Band when he was 5 or something. I remember driving with my mom to pick him up from practice. I got into piano and electronic music when I was about 8 as we had a MIDI keyboard, Soundbank, and 2 track MIDI recorder that had a believable piano lesson front. I took the lessons for 2 or 3 years, but found writing and experimenting with the gear more exciting.

What came first: collecting music, or making it?

Collecting on a serious level only started around 1996. Before that I listened to all sorts of music, but up until then it had been all on cassette or CD’s. After I found Squarepusher’s “Hard Normal Daddy” album, the need for everything to be on vinyl began.

Some people suggest all good music must have a creative vision behind it. Others just follow what sounds good. Where do you stand on this?

Good music is a diary entry. Honest and revealing.

Moving onto your new E.P.“The Mohana.” (out now on Wagon Repair.) Mainly through it’s melodic structure, track one “The Mohana” creates a folk-inflected atmosphere (at least to my ears.) Is that something you were intending & what inspired that?

It’s a sound version of inspiration and emotion, losing all meaning in translation.

On both tracks from the E.P., you employ a great deal of micro editing. Fun/not fun?

After the song is written I tend to tune and move things around. I love pushing things in a direction they aren’t normally comfortable to see their breaking points.

The live version of “Sliding Into Air” – tell us about how and where that was performed?

The sun belted in through the windows and sweat dripped to the floor. The vinyl chairs were sticky from the extreme heat and in a most impossible way levitation was born. The smell of smoke drifted through the air as eyes rolled back into their skulls.

To me, this E.P. explores the area between the functional and experimental, allowing you freedom to twist timbres while retaining a solid rhythmic base. Are you frustrated with the “conventions and rules” of typical dancefloor music?

There are moments when I find it frustrating. It can hurt the heart when trying to perform a piece of music to a crowd that only wants to dance. Sharing a piece of yourself only to be thrown aside as being weird is a puncturing wound difficult to recover from. On the flip side I love slamming people with dance tunes too. It’s a balancing act. A circus.

Similarly, do you strongly resist genre classifications? Do you think “Techno”, “House” now have any meaning left – or should we leave them behind?

I don’t tend to classify music into genres. When I think of Techno or House I think the stuff that is only that. As if that is the only way you can describe it. I like music that isn’t one or the other.

You are known for live performance, and that definitely comes across in your productions and on this E.P. When producing, do you start by outlining a song structure, rather than build from rhythmic patterns as more traditional dance producers may do?

I write a song in a variety of different ways then get the scissors out and cut it into a million pieces gluing it back into an unrecognizable Frankenstein machine.

Would you agree that the same can be said of most good electronic music – i.e., it’s still fundamentally a song, and not a series of patterns?

Studio-wise, do you remain a hardware connoisseur, or are you slowly migrating to a software setup?

I have always been a software connoisseur. I can do things in Reaktor and Ableton that is impossible on gear. I love gear also, but I’ve always used hardware more for jamming or playing live that actually composing on. I’m a much more visual person and I like to see what is happening all the time. I am a control freak.

So, most of the interesting electronic music still remains rooted in a hardware environment?

Finally, Nathan, what can we expect from you through the rest of 2009 and beyond?

Coming this year I have another 12″ of Starting Teeth on Creaked. A remix of Florian Kicks on Remute‘s self titled label, and an EP on Living Records. After that a collaboration with Remute and an album for Wagon Repair due out sometime mid 2010.

In closing, thank you for taking the time to speak to us, Nathan. We wish you the best of luck with the new E.P.

Thanks for having me!