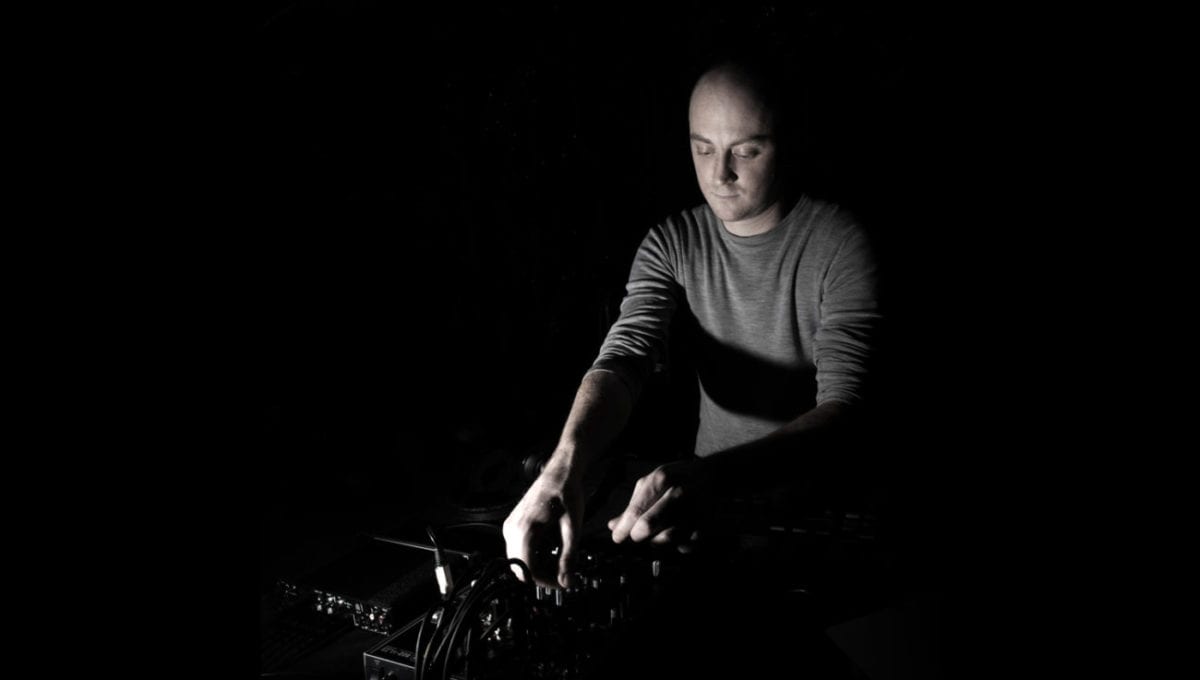 Kangding Ray, real name David Letellier, is a regular on Raster-Noton, the Berlin based record label operated by Olaf Bender, Carsten Nicolai and Frank Bretschneiderhaving. In the four years since his previous album “OR” David has released a small number of EPs, including three records for Stroboscopic Artefacts and one for Raster-Noton.

In this interview Kangding Ray goes into detail about his new album “Solens Arc”, discussing how his musical landscape has developed since the success of his previous album “OR” and how his new album is a direct reflection of functionality.

You’re from France, why did you move to Berlin?

I moved here in 2001 to finish my studies. I was studying architecture in France and finished in Berlin. I didn’t know the city but I instantly liked it, and decided to stay.

Were you experimenting with music at this time?

I was doing music at the time, but I was more from a rock background – I was playing as a guitarist in France. But right before moving to Berlin I bought a sampler and started to do my own thing and the band kind of collapsed.

Did you initially seek a job as an architect?

I worked as an architect for 3 or 4 years in Berlin. I was still doing music on the side. Later, I started collaborating with Carsten Nicolai aka Alva Noto. We met in the architecture office I was working for at that time, we had a good intellectual connection, so he asked me to work on some of his sculptures and sound installations.

Did you and Carsten Nicolai share a similar passion for music?

In the beginning it was not about music, we only collaborated on some of his art projects, mainly sculptures and sound installations.

I didn’t think the music I was doing at that time would ever fit on Raster-Noton, but eventually they heard some tracks I produced, and proposed me to do a full album.

Can you tell me about Raster-Noton, its ethos and identity?

The identity of Raster-Noton was forged around the aesthetic created by the three founders : Olaf Bender, Carsten Nicolai and Frank Bretschneider, but later on, the development of the label has been influenced by new people coming like myself and many other artists. So the sound of the label became more diversified.

The identity of the label has become a lot richer and more complex. The three founders set a direction in the beginning, which is still very much alive right now, which was always to concentrate on very focused projects, staying radical and not compromising with anything. Everything has to be right, the sound as well as the packaging design have to be outstanding. There’s a big quality control on the label side. I feel kind of free in this house, but I also feel that they always push me to do things better.

Tell me about your album writing process for ‘Solens Arc’ and what new techniques you have picked up with it?

As with all of my albums they are an instant view of where I am at right now. I see my progression as a process and Solens Arc definitely represents a lot of where I am right now. I simply wanted to continue to develop the Kangding Ray identity, work with the same elements, but in a different way.

Compared to my previous album ‘OR’, I think this album is more direct; I let the machines speak more, it is a lot less controlled. The production is also much more dirty and raw.

Each time I do an album, i’ll try to change the configuration of my studio, because the space where I work will influence the way i’m producing music. This time I worked a lot more directly on the mixing board, with outboard equipments, hardware synthesizer and effects, and spent much less time on editing – I allowed myself to let go on this one

Is there a separation from ‘OR’ or is ‘Solens Arcs’ a sequel?

You can see this as a from ‘OR’. Since the release of OR”, I have had a natural progression towards more and more club and dance-floor oriented music, and you can feel the result in Solens Arc, it is a listening-album , but it also contains some parts which will sound massive in a club. While I never really lost this “experimental edge”, I also wanted to do an album that I’d enjoy to play out. There is really great material in this record to build a live set on. The ambient tracks and the more techno parts can be really well combined and remixed to form new tracks in a live context.

You mentioned earlier that you changed your studio and working environments a lot. Where did you produce the majority of the album?

I collected a lot of sounds before I started the album, a lot of field recordings, beats, synthesizers jamming takes, and ideas that I collected on the road.

You probably don’t hear it clearly but there are also a lot of voices recorded directly on the laptop microphone in airports or in trains.

But after that, the main work starts in the studio, as I start assembling this gigantic puzzle of ideas and sketches.

For this one there’s a much bigger place for hardware, because that was the sound I was looking for.

What about experimenting with other materials, such as metal, wood, ceramics and so forth, for more unique sounds?

I always kept this process, because in the beginning, I just had a sampler, and no synthesizers, just some microphones, a guitar and a little mixer, so I was doing a lot of recordings and sampling of my own sounds.

The easiest and the cheapest way to produce sounds was to actually record natural sounds or impacts, instead of buying a drum machine or a synthesizer. Wood, metal or ceramics, I experimented with a lot of different materials and processed them in the computer or in the sampler.

That was the way I learned how to work with sounds. I like it, it gives a special texture to the music, and forces you to go further and move beyond preset sounds.

Is there a concept or journey behind the album?

There’s not a narrative concept, it’s more a reflection on functionality. As I’m playing on the edge of experimental and techno music, the balance between what’s functional in dance-music and what’s more relevant to an experimental context is at the center of my work. Solens Arc leans towards the darker edge of club music, but I tried to keep it melodic and enjoyable anyway.

The album is a double LP. It’s really conceived for the vinyl medium, Each side of the four side is like a long track mixed from three different parts. In the beginning I wanted them to be a single track, so it would have been a four-track album. But because of the digital release, we had to put markers. But if you listen to them in the right order, you will feel these four arcs.

Are there any tracks that particularly stand out to you?

If I had to pick one anyway, I would probably say “Blank Empire” , because it’s one of my most instantly enjoyable track when i play live, it just sounds fantastic in the club, twisted, weird and heavy.

Also, the last track ‘Son’ is to me one of the most emotional track I’ve ever composed.

How will you translate the album into a live club setup?

I use a basic hardware setup : a sampler, a drum machine, some synthesizers and effects, and a big live mixer. I kind of miss the possibilities that I had with Ableton and controllers before, but this setup fits more the sound of the album, it’s more rough and raw.

Have you created new visuals for your live show?

I usually try to have a visual accompaniment with each album. The visuals this time for Solens Arc were programmed by a friend of mine – they are based on videos I’ve made while touring : cities, airports, train stations. It’s like a journey diary, which explode into particles, like fading memories.

Are there any particular places in the world that you like to play at?

The highlights of last year include the ‘Unit club’ in Japan, Corsica studios in London, Trouw in Amsterdam and of course Berghain in Berlin.

You’re not a traditional DJ, do you read the crowd like a DJ would, or are you just getting up there are performing your live show as it is?

Of course I can try to read the crowd and modify a bit what i’m doing according to it, but I don’t have the flexibility of a DJ, I’m only playing my stuff, so I have to stick to it.

That’s the thing with live acts : if someone doesn’t like the music, he can just wait for the next DJ; I’ m only playing for an hour and a half.

You’re a full time musician at the moment, are you happy about that? What does the future hold for you?

Honestly, i don’t think so much ahead. I’m happy with what i do right now, and I’m just going to try and keep going, as long as it goes.

Who’s behind the artwork?

I designed the cover and Olaf Bender checked it and made sure it was up to the scratch. I finished the music production in September last year, after that, there has been a long mastering process with Bo Kondren from Calyx, and the printing of the cover was really complex too, so it took quite some time altogether. Raster-Noton is not trying to do records for right now anyway, they want to release timeless classics for the future. Quality comes first with them, and I endorse and respect that attitude.

‘Solens Arc’ is out now on Raster-Noton. Discover more about Kangding Ray and Raster-Noton on Inverted Audio.