The until-now mysterious production duo of LF58 emerge from the shadows with their debut long player ‘Alterazione‘ on Astral Industries. The pair, now formally revealed as Giuseppe Tillieci aka Neel and Filippo Scorcucchi, have produced 40 minutes of spell-binding modular synthesis in a deeply atmospheric and ambient vein.

‘Alterazione‘, cut into 2 immersive sequences for the vinyl release, reveals its deepest qualities in one unbroken listening session; the contiguous borders of the discernible individual movements blurring into a seamless, guided passage of time. In listening to the record in this way there is an unavoidable sense of being carried aloft, an auditory form of astral projection.

At all times saturated with a sonic warmth, the LF58’s mastery of machines is apparent throughout each hum and whirr, each shimmering, snaking thread of sound winding through your mind. Paradoxically, when in a state of pure listening it’s hard to consistently pay attention to what is occurring; so simple it is to lose yourself in the sheer depth of the music.

Speaking to us from their homes in Italy, the duo divulge on their project and its initial inception. To coincide with the interview we are premiering a 9-minute edit of ‘Evocazione‘, which flows between each of the moods and motions of the larger release in three parts: “Evocazione” (Evocation); “Contatto” (Contact); and finally, “Risveglio” (Awakening). 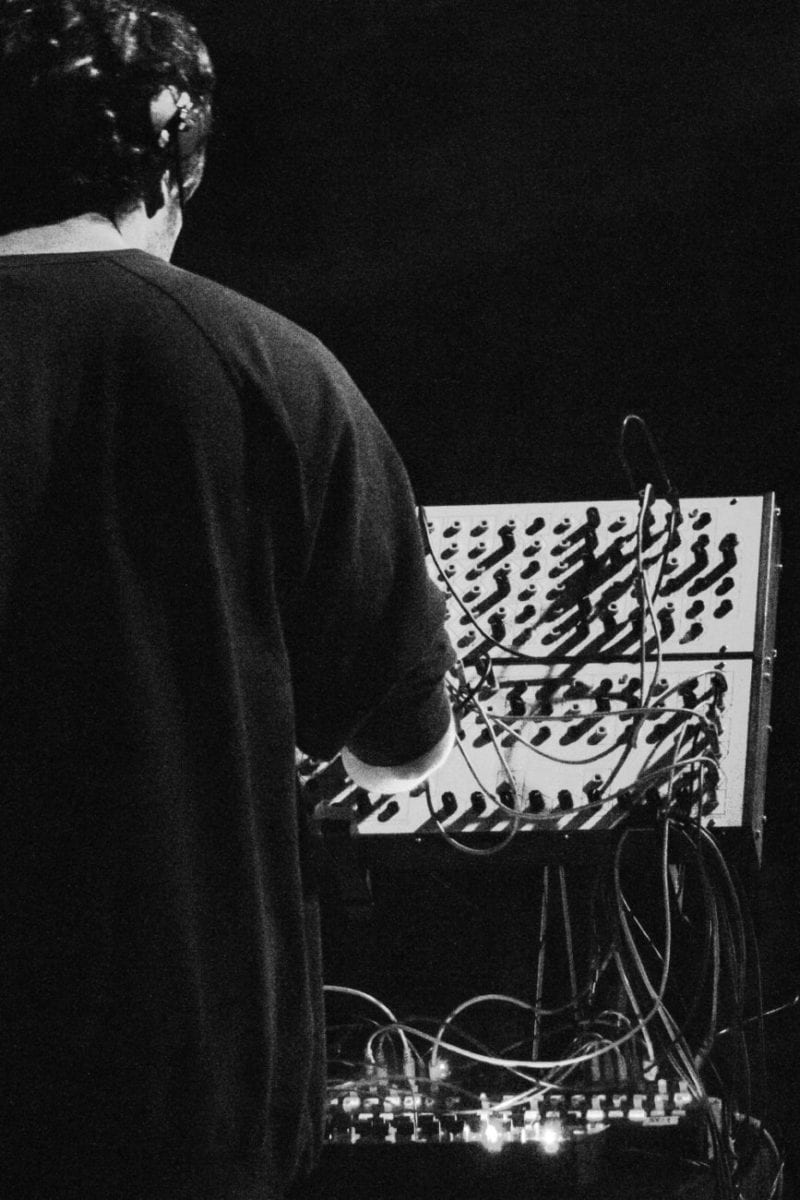 Please tell us how you first met and how the LF58 collaboration project came about?

We met many years ago during a music event organised by common friends. Filippo had just finished studying sound design and he was very interested in modular synthesis. So we started to have some interesting talks about it, and the meeting in my studio came a few days after.

The LF58 project was born naturally without forcing it. We simply followed the natural path of events without thinking much on strategy and plan. I think this is the key to our project, spontaneity comes first. We planned nothing at the beginning, only to make music and lose ourselves.

What does LF58 stand for?

Good question! Of course LF58 has a meaning, but I hope you don‘t mind that we want to keep it a secret.

Prior to this you have only released a single record – ‘Late Night Innominate, Volume Two’ on Auxiliary in 2017 – following its release the project lay dormant. What happened in the years that followed?

The first release on Auxiliary was a request from James (ASC). He got in touch with me, but when I heard the concept of the release I proposed the material composed with Filippo.

At that moment we both were involved in many different projects; Filippo dedicated himself to painting, and I was managing my life between Neel, Voices from The Lake and my mastering studio Enisslab.

We were still spending time together in my studio but not constantly like before, and for our concept of music sharing time in the studio constantly is a key factor. In the last three years we were both concentrating on parallel projects, which took us a bit far from focusing on LF58.

When did you first start working on producing ‘Alterazione’?

Filippo Scorcucchi: ‘Alterazione‘ was born from some audio material made for a live performance in Montalcino, our first ever live performance. I remember the day when I went to Giuseppe’s studio with an initial draft and I told him: “Peppe I made a Pollock, now we need to transform it into a Caravaggio”.

When it comes to producing music together, are you each responsible for a certain task or do you do everything together? How do you split the workload?

Giuseppe Tillieci: There is no rule. We don’t put any boundaries on our work, both of us can do everything. We know each other really well, and of course we also know our personal skills, so we give room for that.

When we go onto some sound’s territory which belongs to one of us, the other steps back and waits for the magic to happen. We are like this during our live performances also; we don’t know what the other is going to pull out of the hat.

Tell us about the types and varieties of instruments you used to make the music?

The list is quite long! Most of the music is based on modular synthesis, using different systems from Eurorack to Serge, and probably in the near future also Buchla. This forms the core of the production process so far, but we use quite a lot other synths too, all Roland vintage family from synths to drum machine plus some weird and unknown sound source or generator.

You produce deeply meditative music – when you make music, do you also get into a meditative state to create the music? If so, what do you do – drink a bottle of red wine?

Probably one bottle each you mean? We are not kidding! We love good wine and good food, and we both love to cook. Our session always starts with a ritual, which is a good dinner and wine. As we write above, our music is born spontaneously. Our creative process is not influenced by any external agents, but only from the environment that surrounds our life. 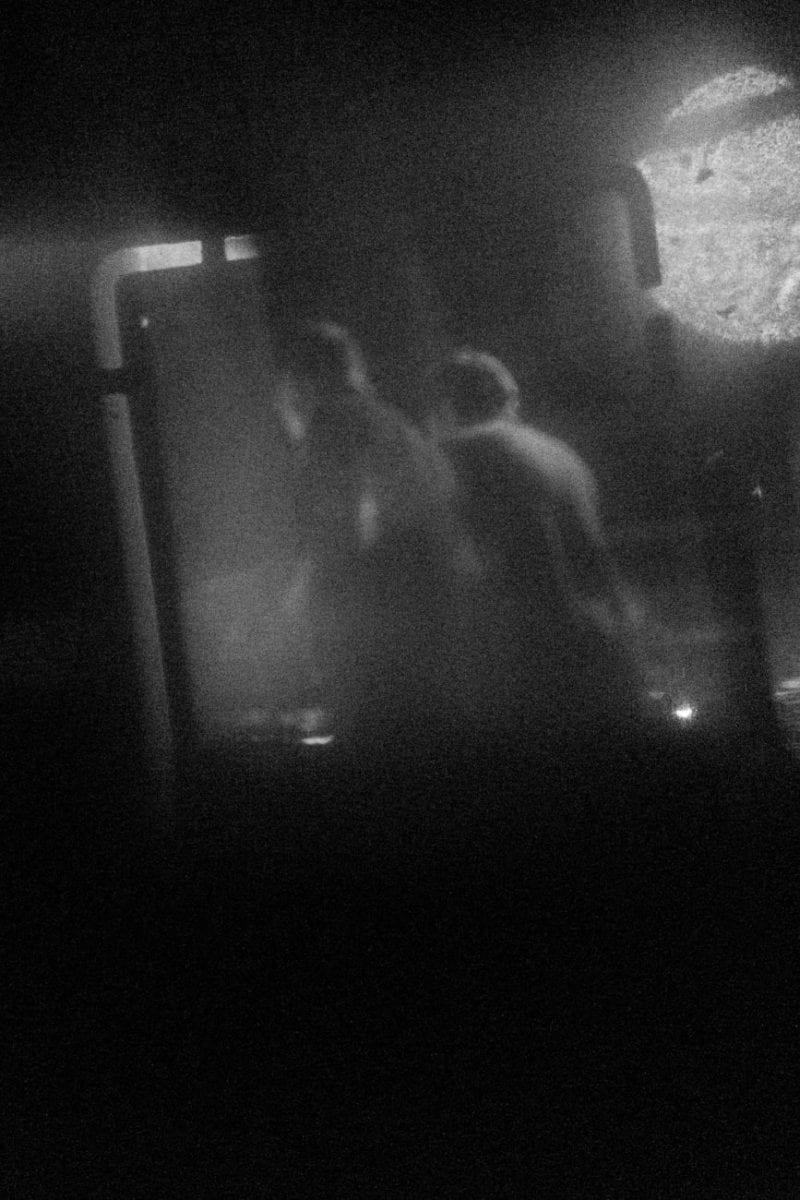 ‘Alterazione’ is presented in four movements (one track per side). If you were not restricted by the vinyl format, how long would you want these compositions to run for? Is time even a factor?

Not in this case luckily. We made some small fades but nothing really important. The only limitation is that ‘Alterazione‘ must be considered as a one-track album, and of course this is not possible on vinyl.

As a listening experience the music is meditative – what do you envisage when you listen back to the music?

Giuseppe Tillieci: The listening tells us the magical and the stressful moments we had while creating it, the many mystical nights we shared in front of a wall of modular, the laughs, and how this makes us get to know each other better and better. ‘Alterazione‘ is an important achievement for us.

Deep space and uncharted worlds are often tied hand in hand with ambient music. Why do you think this is and how are you both inspired by the cosmos when making music?

Of course deep and dark space is a big influence on our music. I made an album completely inspired by a Moon, on which there was a contribution of Filippo too. But, LF58 is a balance between the deep and cold space, and the organic.

Although the music on ‘Evocazione’ appears to be largely free-flowing and ostensibly drawn from live sets, there is a clear design behind the construction of the pieces. How much does live experimentation feature in your recorded music?

Quite a lot. But, on composition, I want every sound to have its own room and sonically they must be perfect. Many years ago Filippo started to follow me in the studio and learned a lot about it. Now this is also his standard. For both of us there is no compromise on sound quality. We want our audience and listeners to get our music exactly as it was conceived.

How did you first meet Astral Industries label boss Ario?

Giuseppe Tillieci: I met Ario I think about 4 years ago. He booked me for an Astral Industries night at Dance Tunnel in London. I don’t think that the AI label was connected to that party as I was booked for a techno DJ set. Only at the end of the party when Ario gave me the LP of The Chi Factory I understood and I was super happy to meet him. I love AI.

Filippo Scorcucchi: I met Ario for the first time last December in London at Cafe OTO, for our performance in the Five Years Of Astral Industries, but actually I was introduced to him thanks to a record from his label.

He had released a special liquid-filled record vinyl of AI-10, an amazing creation! He did a pre-sale that would start on a specific hour and day. I was one of the first to write to him and I won the record. From there I started talking to him and our connection was born. One year later, I sent him the recordings of ‘Alterazione’.

‘Alterazione’ is scheduled for release 6 April via Astral Industries. Order a copy from Bandcamp.