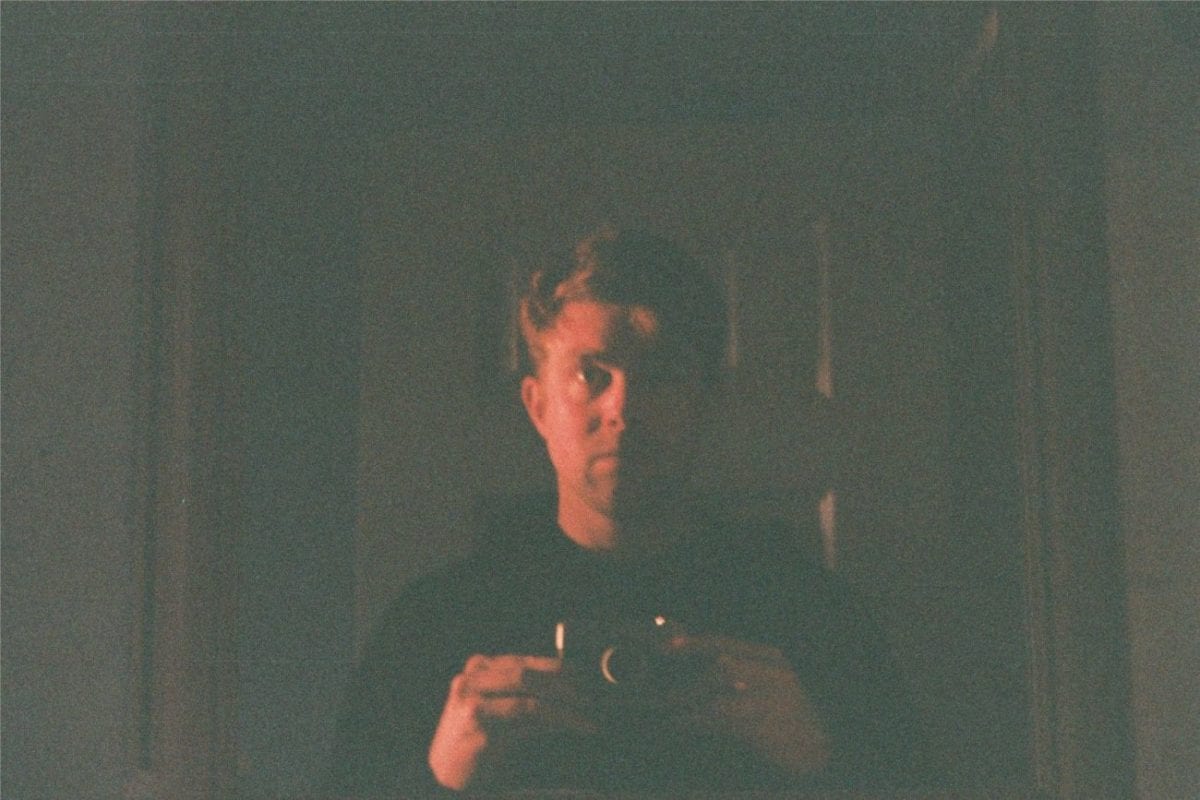 Since his first steps on Opal Tapes and the release of his one and only album to date, ‘Nautically Inclined‘, Dublin-based producer Gareth Smyth aka Lumigraph kept on a drip tease flex, releasing just another EP on Mister Saturday Night and a split alongside Antinote’s very own D.K. on French label Odd Frequencies between 2013-14.

Having freshly resurfaced on Where To Now? with a remix for fellow Dubliner Melly which we premiered a few weeks ago, Lumigraph signs a full-on return to business with the four-track ‘Bulletproof Holiday‘ for local imprint Major Problems. Colliding his love for rough-hewn patterns, raw technoid tropes and granular textures the EP certainly counts as his most accomplished, whilst Gareth displays another facet of his talents through a special edition photobook exclusively available via the label’s webshop.

As a first glimpse, we’re glad to present the epic ‘Garbage 4 Garbage‘, a monster tech’y broken-beat hybrid bulldozing its way to the closest dancefloor – a flock of seesawing basslines dissolving in toxic volutes as jumbo snares and red-hot hi-hats beat a feverish pulse. We caught up with Gareth and took the chance to find out more about the making of the photobook, creative environment and his all-time hip-hop favourites. 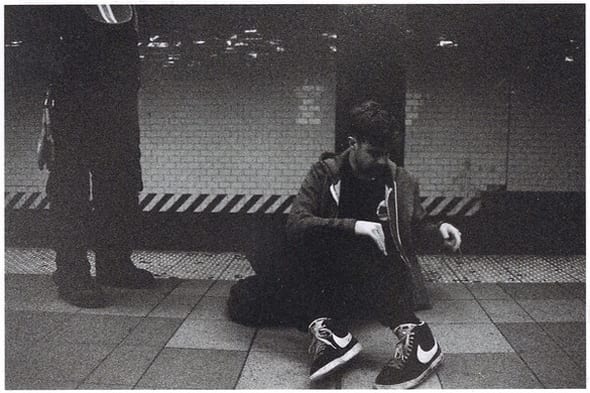 Bulletproof Holiday marks your return on Dublin label Major Problems after an EP as PIRAC¥ DEBT$ last year. How important is it for you to keep a foot in your local scene?

A large portion of the scene that I’m involved in here is made up of my friends so it’s more like keeping up creatively with them than feeling the need to be musically active within a specific scene. Things are really good here at the moment though. The best they’ve ever been since I’ve been involved, so it’s great to be a part of it.

You’re originally from Dublin but have been living in New York for a while. Whats been the biggest change between the two cities and lifestyles?

I’m back living in Dublin a good while now. While I was in New York there were 5 of us living in a 3 bedroom apartment and at one point I had three jobs, so I found it very difficult to be productive. In Dublin I’m living in my parents’ house and have a separate room for my studio. I guess having more time and a lot more space has been the biggest difference. There were a lot more distractions in New York as well but that wasn’t necessarily a bad thing. 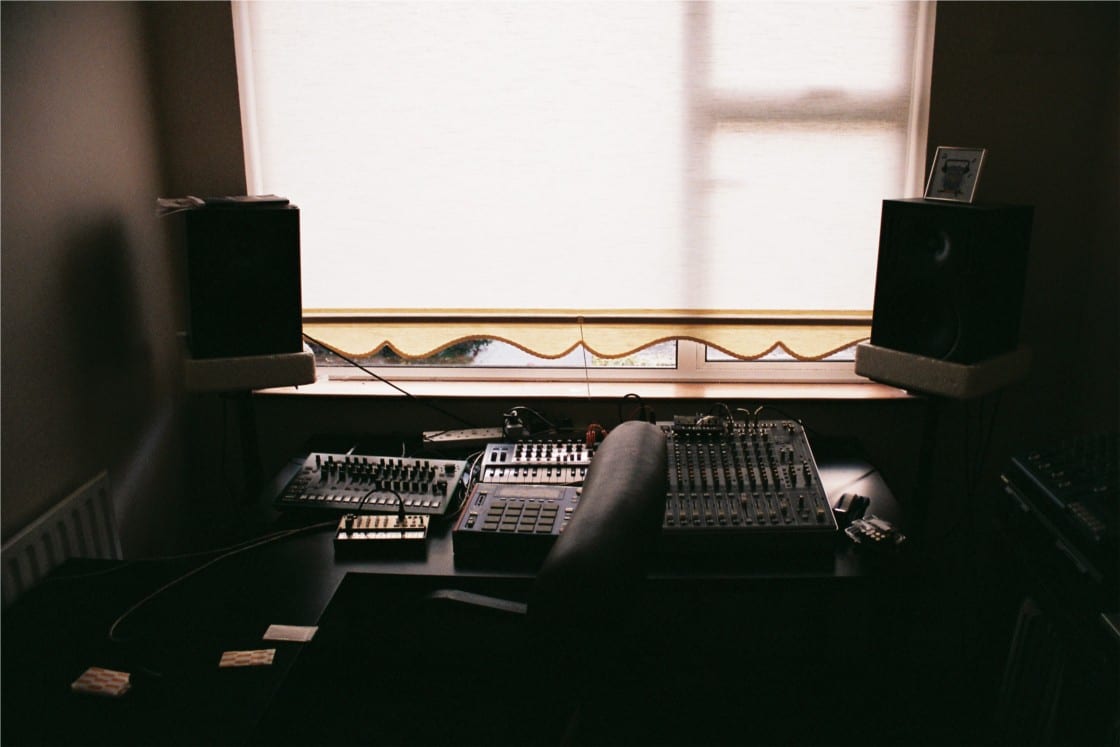 What’s hot in Ireland/ Dublin at the moment? Who should we keep an eye on?

Once again, this new record of yours goes straight for the jugular – collaging a rough-hewn techno pulse with rugged hip-hop breaks and gritty textures. In which context did you record these tracks?

These tracks were the first four that I finished fully with an all-hardware set up. They were also the first couple I finished having returned from NYC so perhaps that played a part in some way, but they aren’t necessarily a good representation of where my head was at.

I think I’m just drawn to making rougher and sometimes heavier music and there’s nothing I like more than a catchy riddim. ‘Spectacular Times’ and ‘Bulletproof Holiday’ were both kind of edited rescues from an MPC malfunction so that could explain some of the roughness. 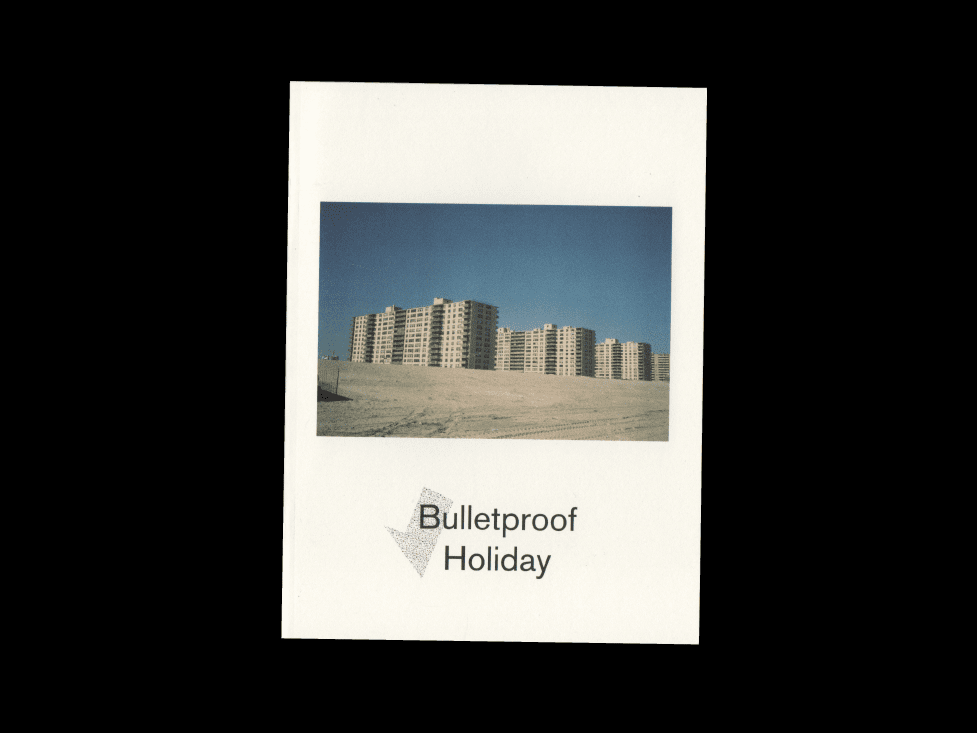 There’s a special limited edition of the EP coming out via Bandcamp that includes a very nice 32-page photobook. Who came up with the idea, you or Barry?

The book was Barry’s idea. I think he mentioned the possibility of doing it after I had sent him the first draft of The Power Broker. I’d been uploading my photos to Instagram and he dug them. I work quite slowly so the opportunity to make the photobook definitely motivated me to complete the record sooner.

Please tell us more about these photographs. Who took them?

I made all the photos over the course of 2 years, beginning with when I moved to New York. There’s no real theme going on in the book, it’s just about compiling the things or situations that caught my eye. But the narrative follows my travels and activities during that time.

The track had already been titled ‘Bulletproof Holiday‘ and it made sense to use the same title for the book since the photos were all made within this 2 year ‘holiday’ away from making music… In a way the record is a continuation of the book. 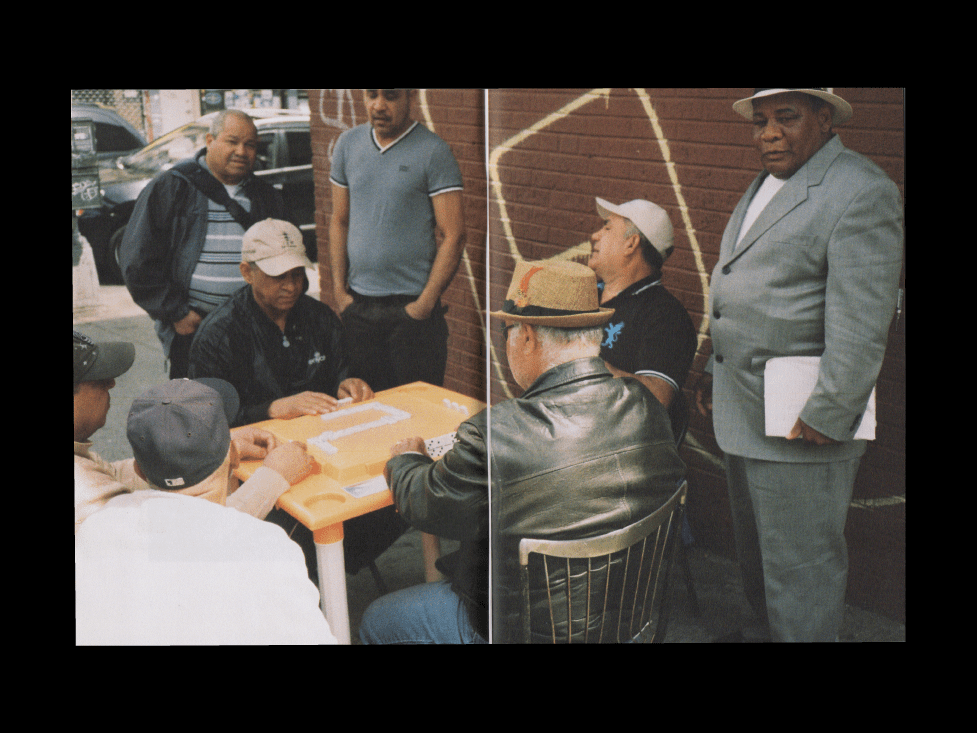 There’s kind of a warm tar perfume to your tracks, something directly related to the nature of city scapes and urban visions. What inspires you on a daily basis?

I think the album I did with Opal Tapes is the release most directly influenced by an environment or place, specifically New York. But in general I’m usually just influenced by whatever I’m listening to at the time, which is mostly techno or house related with other bits thrown in.

Other people’s music directly inspires me but most of the time what I make ends up sounding nothing like it, which is good I guess. While making ‘Bulletproof Holiday’ I was listening to lots of Ilian Tape and some older stuff by Robert Hood, Carl Craig and the likes. I always have 1 or 2 hip-hop albums on my iPod as well. 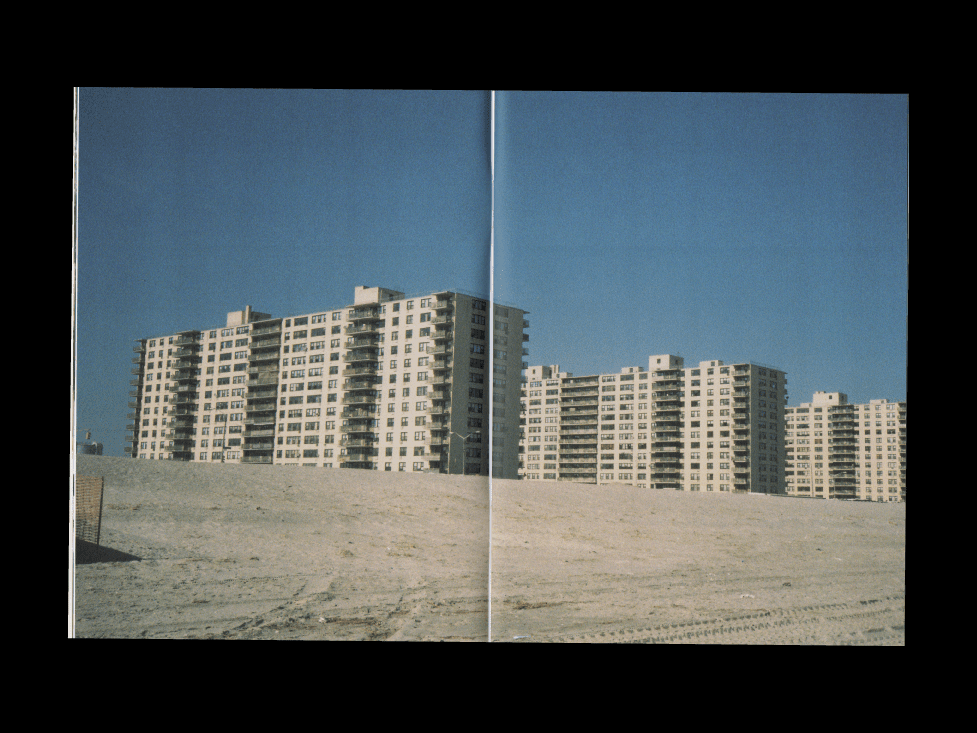 The influence of broken-beat and hip-hop rhythms in your music is quite obvious. If you had to pick just three hip-hop albums, what would they be and why?

I’m gonna have to be really obvious because these were definitely the ones that had the biggest impact on me growing up.

Shout out to my big bro Neil for always educating. 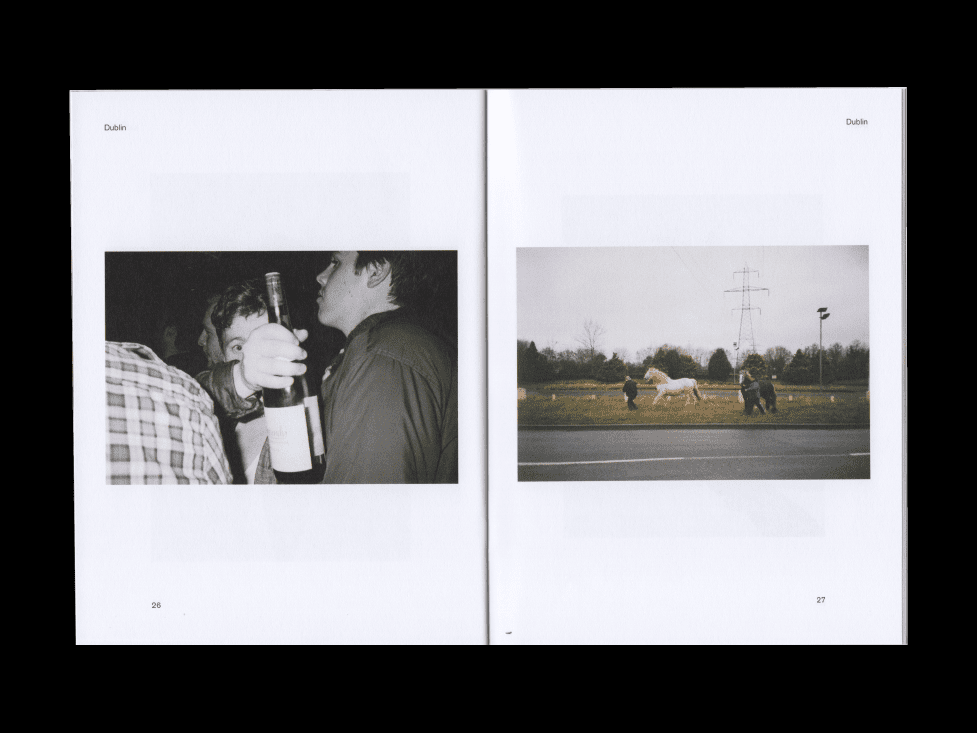 Barry recently recorded an excellent mix that had this at the beginning of it. So he did the digging but yeah… ‘Raw Sex – Give Sheep A Chance‘.

I’m playing some of the smaller festivals in Ireland. The whole Major Problems crew played Life Festival last week. When this is out I’ll have just played Open Ear. Castlepalooza in July and then the Out To Lunch Weekender in August which I’m very excited about. The line-up for this one is particularly impressive. Other than that I’ll be laying fairly low for the rest of the year and focusing on getting more music out.

Bulletproof Holiday is out now via Major Problems, order a vinyl copy from the label’s Bandcamp.

A1. Power Broker
A2. Garbage 4 Garbage
B1. Spectacular Times
B2. Bulletproof Holiday

Discover more about Lumigraph and Major Problems on Inverted Audio.