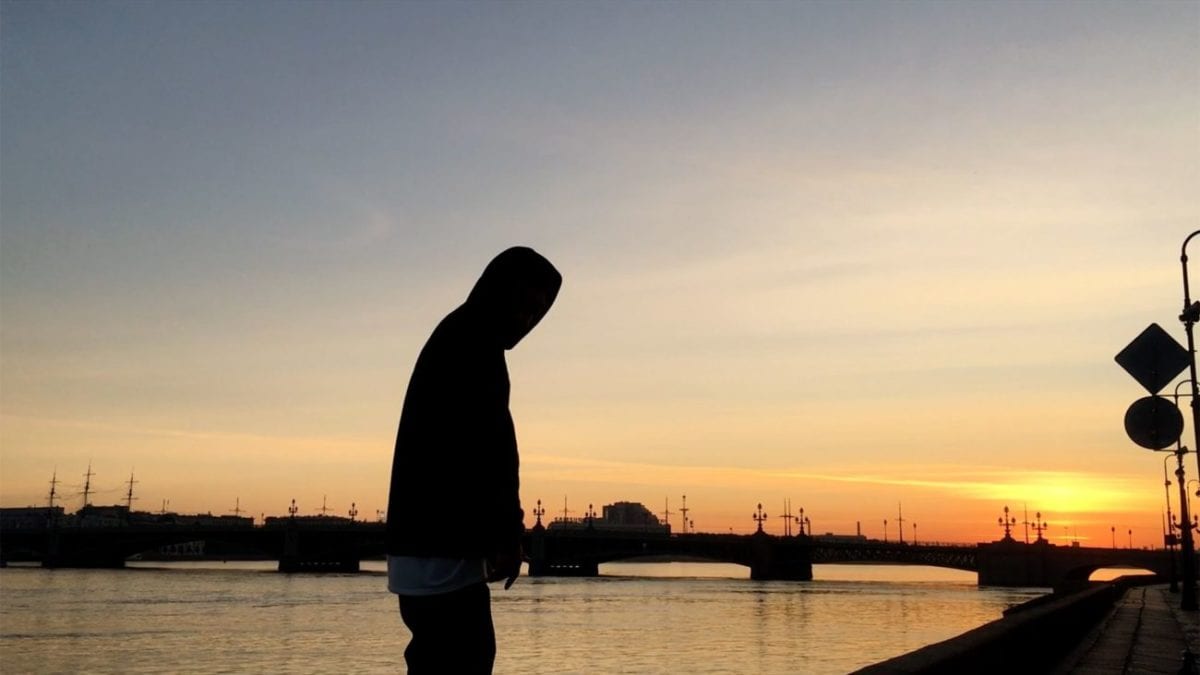 Nocow has been teetering on the edge of electronic misconceptions for the better part of a decade now. The St. Petersburg based producer has been releasing music that has fallen under the umbrella of genres such as house, techno and electronica but has maintained a way to generate noise alongside the fringe of those worlds. Better yet, he’s found his niche by gracing his sounds onto labels that welcome a change of pace with his sounds taking charge.

With his latest release ‘Samaya Dolgaya Noch‘ out now on Rekids, we caught up with the producer when he stopped by our sister mix series Newtype Rhythms, discussing what makes him unique, his creative process and what brought him to making a 98-minute showcase of Russian electronic brilliance. His mix starts at 32:45, with resident Sheepshead taking the reins from the beginning.

Congratulations on your release on Rekids, it’s fantastic. It seems like with the veritable amount of release you’ve had on labels (such as Clone Royal Oak, Figure, ГОСТ ЗВУК) – you’ve found ways to cast a wide net within the sounds that make Nocow unique. Considering you’ve been releasing music for the better of a decade, what do you to keep your sound fresh with each release?

Thank you very much! I was trying to find myself for a long period of time. It wasn’t a search for a specific genre though, but vice versa. Somehow I don’t set a musical direction for myself – music leads me through all this and I’m just following. It’s really rare when it’s happening the other way round. It’s probably because of a wide range of music I’ve been influenced by during the various phases of my life, plus my own personal characteristics. Of course it’s important that there is a certain connection between all of the tracks I made in spite of a wide musical frame.

I’m not sure whether I have my own trademark style yet, I kind of feel that I’m still in the middle of the process, but I also think that during the last few years I have become closer to my real self. I can notice some specific characteristics of my sound – sometimes it’s about groove, other times it’s more about melody. I was trying to avoid melodies for a long time though because I couldn’t really estimate it.

When you produce something that you can’t really compare with anything else, you always hesitate, even when you occasionally have a thought that what you’re making is bullshit. Even now, I still can’t figure out entirely if it’s a good track or not. The main criteria is still very personal – if I like the track or not, if I feel it or not. A good track doesn’t have an expiration date though. Time has a way of setting things in order.

Do you feel any sort of obligation to change things up if you’re entering a different sonic orbit with each changing label – or are you confident that your sound can be welcomed uniformly?

I don’t really like sending demos – I think it’s only happened once or twice. The problem is that I never actually knew what I should send and who to send it to, and then I made a decision that I will never do it again and if someone’s really interested in my stuff, they’ll eventually will find a way to contact me.

Of course there’s a kind of obligation when a label contacts me, I always think whether the stuff I send fits or not. But then I can send, like, 150 tracks – or just 5 tracks. I produce in various styles, and I actually do have a lot of music, so the label always has a certain choice.

It’s difficult though. I had some situations for example when the release concept had drastically changed only a few days before it’s being sent to a mastering engineer. But I actually quite like it – I appreciate the moment as much as I appreciate a well-thought idea. What happens more often is when the label’s choice is very surprising. Say, when I think that they will certainly pick one stuff, and they pick the very opposite – recently I got very excited with this. This outside perspective actually helps me to reconsider things I’m doing.

I really liked being in control over the tracklists before, but now my maximum is just offering an option – and honestly this is happening not so often. Say, it was super easy with Matt [Radio Slave], somehow I think that he knew what he wanted from the first listen and I also wanted to release this voice/vocal tracks of mine, so I’m happy it worked that way. Even then I’m always ready for any other developments from an outside or serendipitous perspective, for example the cover artwork of Ledyanoy Album was picked by the parents of Ildar, the owner of Gost Zvuk label and this artwork precisely echoes the atmosphere of a place where I was growing in, that influenced me a lot. But of course I don’t even know his parents, we never met. It’s a coincidence I don’t believe in. 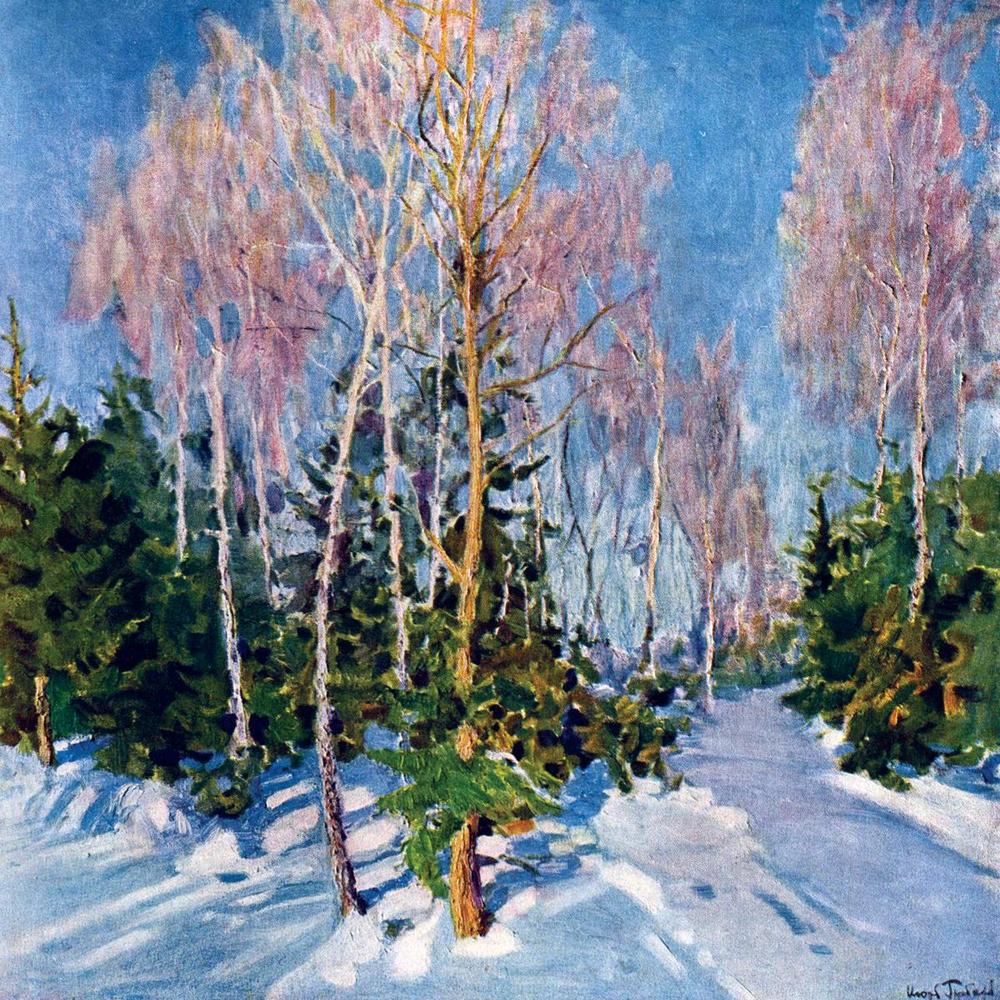 What does your production process consist of?

While working with hardware, I came to the understanding that you must express your idea as quick and as simple as possible, otherwise it will take forever; especially when you deal with the devices with limited possibilities. Since I’m very lazy and just go with the flow, if I don’t make the track immediately it won’t ever be done. That’s why I’m trying to use the simplest meaning available, especially when you dive into software when there’s basically the infinite choice of possibilities you can easily get lost in; the less I expect from myself when I sit and start doing something, the better result is.

But when the expectations get higher, the result is usually miserable. I would say that my best tracks are just accidental. Of course any accident, any randomness has its own pattern. Of course you just need to work a lot, it’s quite an obvious action – but it’s not necessary to end up with a track every time I sit in my studio, sometimes I’m just messing around with settings, learning some new things and so on. And then when you’re just messing around with stuff you get a track done.

I have a few releases in the pipeline for next year. My triple EP release on Figure was just announced and it’s coming out in February. It’s 14 tracks, so altogether it forms more an album. There will also be a release on Gost Instrument under another moniker of mine; also I’m currently working with a few more labels, so stay tuned!

Finally, tell us about this mix you’ve crafted for Newtype Rhythms.

In this case I decided that I would do a mix with tracks solely by producers from Russia. I made things like this before but now I have a new stage of discovering Russian contemporary electronic music; and there are some people whose music I like a lot and some of those whose music I started to enjoy more as time passed. Mostly it’s all about new unreleased stuff; it was really beautiful that all the guys were so responsive and sent me their tracks almost immediately, and I’ve had a very wide range of options, which makes it even more beautiful. Personally I feel this mix is rather calm. That was my primary mood while I was working on it.

Discover more about Nocow and Rekids on Inverted Audio.