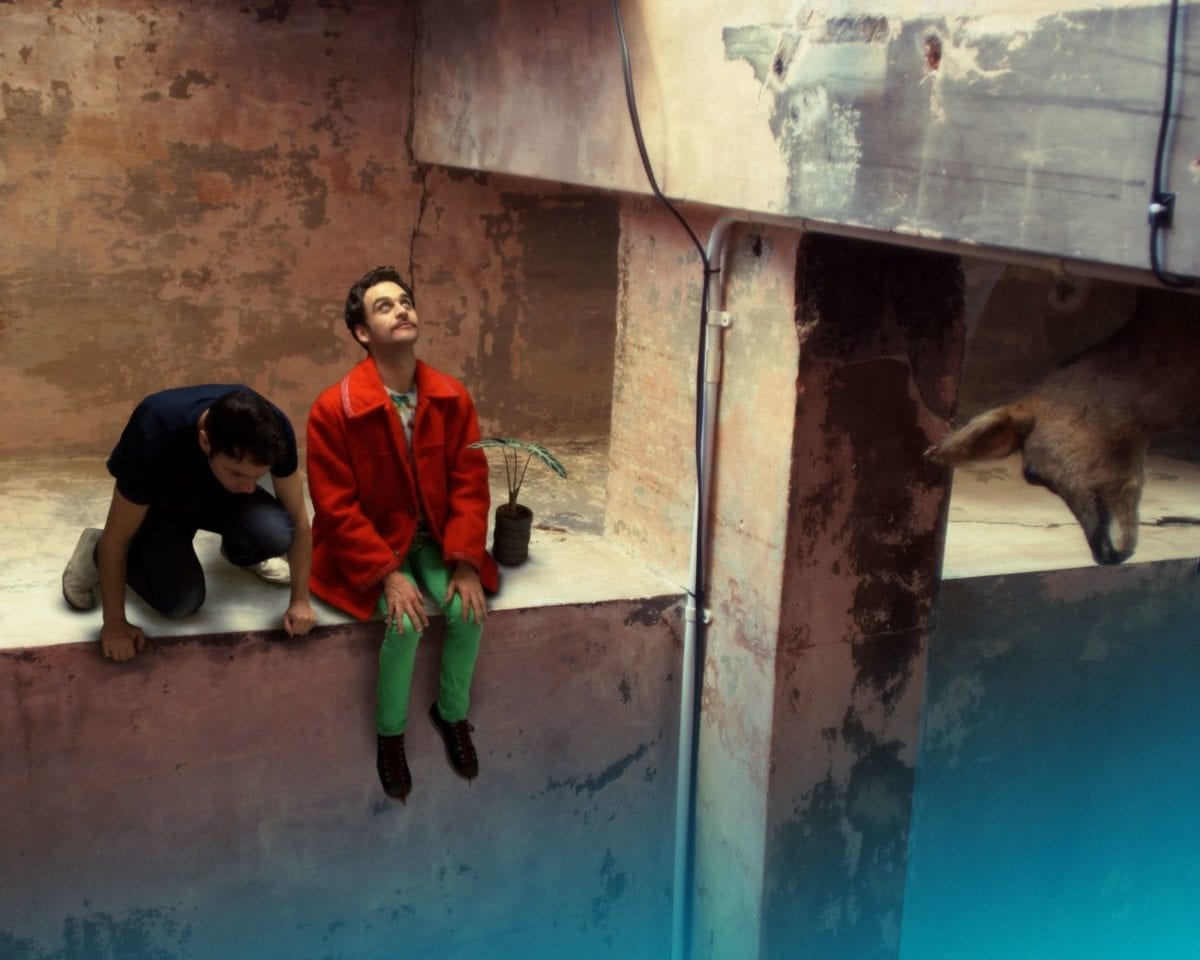 ‘Membrane Pop’ is a collection of works that reach deep into both the eyes and ears, not something one comes across often enough in contemporary electronic music – especially to this extent. If their previous albums are anything to go by, the forthcoming 11-track LP will be another sensory overload of psychedelic concepts, demonstrating their exceptional ability to successfully bridge the gap between Dan’s energetic sounds and Reuben’s trippy visual creations.

“I’m aiming to make a coherent, adventurous electronic pop record with its own voice and identity,” Hayhurst explains. “I don’t think experimental music has to be dark, difficult or joyless. I try to make something playful, and maybe a little absurd”.

Sculpture’s music is often fairly raw, manipulated and obscure. If you’ve seen any of their previous visual accompaniments such as their Rotary Signal Emitter video, this one is not to miss for fans of a more in-depth creative experience.

Ahead of the release of their new album, we caught up with the duo to discover more about Membrane Pop and their relationship with Oneohtrix Point Never aka Daniel Lopatin. Sculpture have also compiled an experimental mix tape for you to stream via YouTube.

How did Sculpture come together?

Stray algorithms moved us randomly next door to each other.

What was your work process like for Membrane Pop?

Fairly spontaneous live performance is central to it. There’s a sort of matrix of sonic elements across different physical devices – a reel to reel tape recorder, walkman, CDJ and a couple of samplers. Things get a bit out of control, then the good stuff starts appearing.

Routines coalesce, and become these iterations of ‘tracks’. Often things only happen once so I keep the recorder rolling. I record all the shows and that stuff goes into the records too. There’s a lot of found tapes in there and computer generated material directed by random operations.

How did the release with Software come about? Did you know Daniel Lopatin (Oneohtrix Point Never / Sotware label head) previously?

Daniel contacted us and was interested in doing something. Fortuitously we had the chance to play a show together (with Lopatin/Hecker) in London around that time and it all became a good focal point for directing the necessary energy into a bunch of material that was sort of amorphously congregating and waiting to take on a coherent shape.

Are you going to be making any more picture discs for the album? The Plastic Infinite disc was awesome.

Thanks! Not for this LP. We’ll make more animated discs in the future. They’re a psychoactive byproduct of the ongoing process, but we also want to explore other forms for our output.

What can we expect from you live show? Any surprises up your sleeves?

We’re hoping to be surprised. Pretty often the fist time we see or hear what the other one has prepared is during the show, and the whole thing is purposely quite unpredictable so we’re reacting to that musically as a duo, visibly and audibly.

Sculpture’s “Membrane Pop” will be released in LP and digital formats on 12th May 2014 via Software Recording Co.

Sculpture will also play live on the 22nd April 2014 as part of ‘Emergence‘, the launch party for Convergence. Full info here.