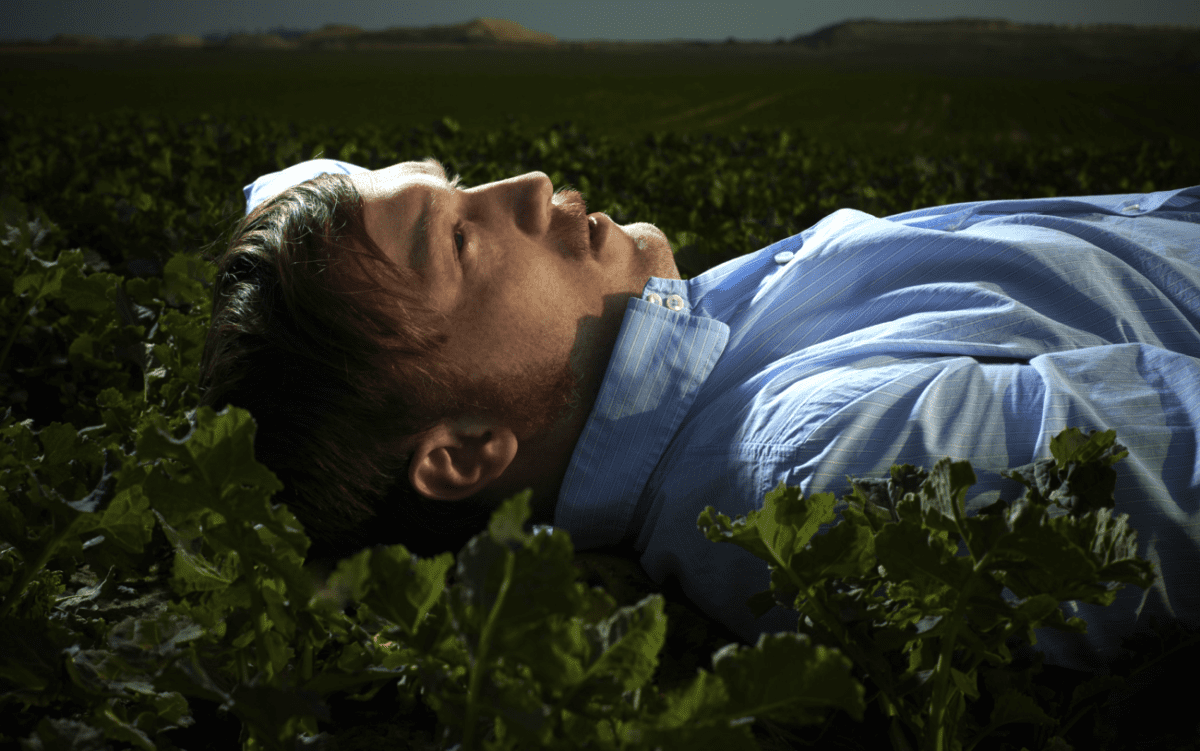 ‘Looping State Of Mind’ continues the legacy that The Field began when Axel Willner invited Dan Enqvist and multi-instrumentalist Andreas Söderstrom to turn his hitherto singular vision into a three-piece group, resulting in their previous album ‘Yesterday & Today’.

‘Looping State Of Mind’ is the strengthening of those bonds and ideas that ‘Yesterday & Today’ established, the addition of Skarin in particular has taken The Field to another level.

“It’s been evolving and it will keep on doing so,” he says, in a statement that could equally describe the group’s music, “people come and go, adding their things to it, you change as well and so will the sound.” It’s this evolution that’s notable in this new album, a move away from the more unblended techno foundations that encapsulated ‘From Here We Go Sublime’ in particular.

It’s certain that the emphasis on the Germanic 4 X 4 techno beat that initially made The Field stand out has been limited somewhat, with the new album welcoming the addition of new elements into The Field’s sound signature. Vocal samples and acoustic instruments, including the double bass and piano, are woven in as loops, making this album one of most enchanting albums of the year; a true masterpiece.

Please can you introduce yourself and tell us what you’re currently up to?

I’m Axel Willner and I make music as The Field. Right now I’m in-between gigs, so I’m at home relaxing.

What music were you listening to in your teenage years? Which artists have been prominent in the development of your personal taste in electronic music?

I was into punk rock and discovered electronic music through The Orb´s ”Little Fluffy Clouds”. It was Daft Punk´s ”Homework” that made me realize I wanted to start making electronic music myself.

You construct tracks by recording samples, chopping them up and editing them to form a loop. When did you first start to experiment in this style and who/what was responsible for this?

I think it was around 2003 that I made the first Field tracks and I was very influenced by Soundhack at the time.

It’s been 2 years since you released your last album ‘Yesterday And Today’. What have you being doing/developed over these years?

It’s turned more into a band now. As we’ve been touring together for roughly 2 years now we’ve really gotten to know each other and work well together as musicians. I think our sound and performance have really developed.

Your first album ‘From Here We Go Sublime’ was a project you conducted yourself, in your sophomore ‘Yesterday And Today’ you harnessed the aid of John Stainer from Battles to provide drums, and when performing live you incorporate a guitarist as well, resulting in a more organic finish to the first album. –What other reasons influenced this change of setup?

I’m from that type of background, playing in bands and stuff. I got weary of performing by myself so I invited friends to play with me and it turned out really well I think.

Are you settled in with this approach, or is there room to incorporate more elements into your performance?

There’s always more and other things to do but right now I’m happy with how it is!

Many people have associated your music to notions of the sublime? – What’s your opinion on this?

That’s great if so.

Can you expand on your philosophy on sound design and your interest in using loops to play with the human psyche?

Loops play tricks on the mind most of the time and that’s something I want to achieve. Also, if it’s something familiar that you can’t put your finger on, even better.

Mostly I prefer to work at my home studio, but at the same time I love to be in an actual studio with engineers, the band and others. For the album I spent the majority of my time in my home studio, we took it to another level in the studio when we recorded it as a three piece.

Is your music reflective of the environments in which you create it?

No. It’s more the state of mind and how I felt during the creation.

I prefer it when I’m creating. However, if it can be enjoyed in lots of environments and different contexts that’s perfect.

When you started work on ‘Looping State Of Mind’, did you have any preconceived ideas for the album before you started working on it or was it more organic? – If so, how did they progress?

The only thing I had in mind was to make something that differs a lot from both previous albums.

What new instruments/elements and production methods have you employed in order to produce this album?

We used a piano for the first time. In fact the whole recording process was something new for The Field, being in a studio all day and night with an engineer. We also used some new electronics, such as the Octatrack 8 track performance sampler made by Elektron. It really dominates this album.

Other looped based electronic musicians combine their music with live audiovisual performances, to dramatize the experience. Do you have any visual collaboration projects arranged for your live acts?

We used to use visuals, but now it’s more about the audio experience. Visuals were important to me before, but not so much anymore.

Apart from the ‘Sound Of Light’ EP and the promotional ‘Annie’ CDR, you’ve remained loyal to the artwork you first embellished on the cover of ‘Things Keep Falling Down’ EP. Why have you stuck to this uniform and not used other designs?

It all happened by coincidence. When I sent my first demo to Kompakt I sent it down with sleeves, designed in the style I used for my old CD-R label. When we talked about the design Kompakt liked it as it was and I thought it was nice to keep on using it. It became like a red thread through all my releases, more or less.

Apart from music, what else do you spend your time on?

In 2007 you released the ‘Sound Of Light’ a 4 track EP curated by the Nordic Light Hotel. You created 4 tracks specifically for 4 the moments of the day, morning, day, evening and night. How did this project occur and what factors did you have to investigate to create this bespoke EP.

The hotel contacted me and asked if I wanted to do it and it sounded like an interesting project. I spent 2 nights at the hotel in Stockholm, but I got sick like a dog the first night so I snuck out and went home. I wasn’t really inspired to do that EP after that. I do really like the track ‘Night‘ from the EP, so at least something good came out of it!

You also release music under the monikers of ‘Cordouan’, ‘Lars Blek’ and ‘Porte’. What’s happening with these projects? Are you still developing them and do you have any more projects to develop?

They’re all old stuff from the beginning of 2000 and they’re all on a break. I do pick up the guitar for Lars Blek from time to time but I don’t record anything. There are always new things going on and between 2008-2009 I recorded a few tracks as ‘Loops Of Your Heart‘ that will be released on Magazine.

It seems that it will involve some touring!