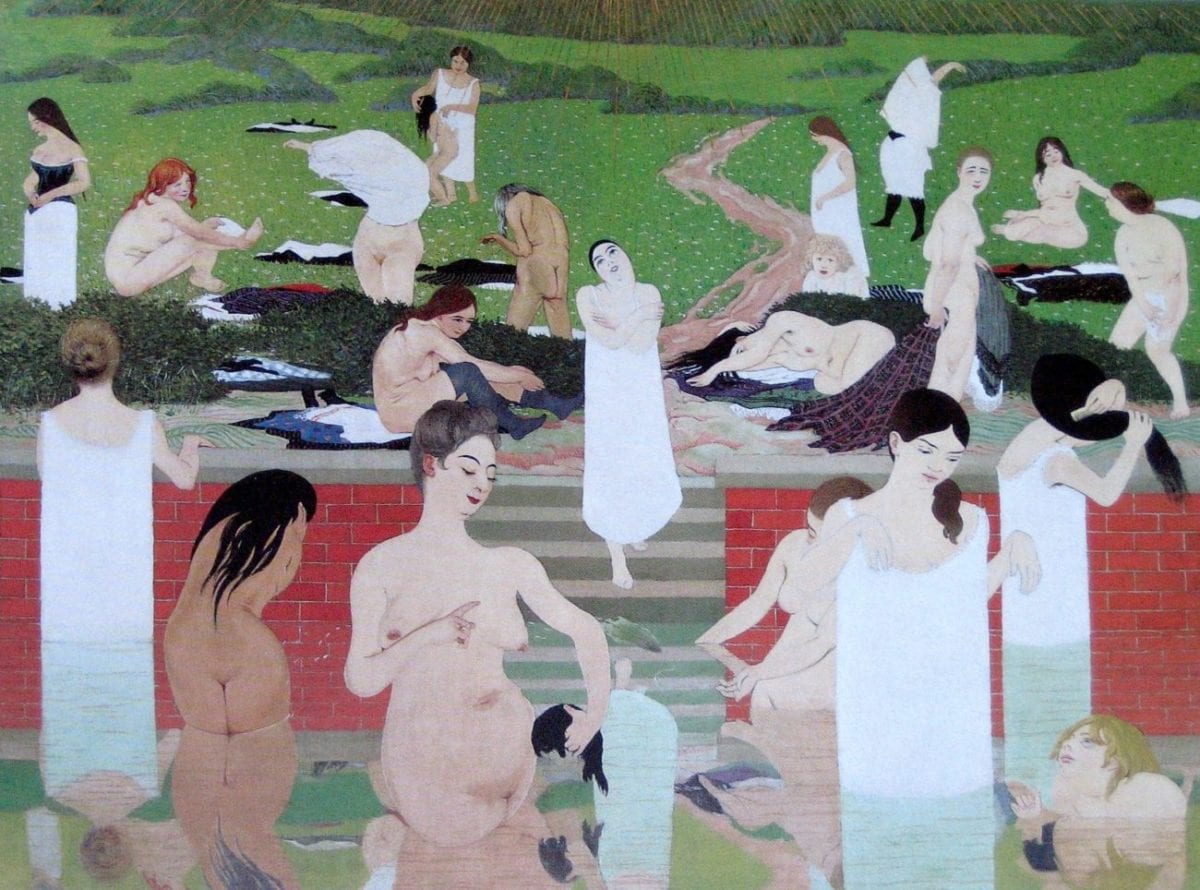 Finally the sun is back and Spring is in the air. Here’s our monthly playlist compiling the best new music that we’ve listened to over the past month. We’ve included a wide selection of music that was released in February, which we hope you will enjoy wherever you are.

The young German duo comes up with a super solid second delivery for Uncanny Valley’s offshoot Shtum. Techno for daring minds and joyfully packed dancefloors all the way.

4 Legowelt ‘Immensity of Cosmic Space’ [Unknown To The Unknown]

Spaced-out scientist Legowelt returns with his second EP for UTTU. A cross between post-jungle echoes and tentacular synth waves unfurling like a Möbius strip, the Dutch producer once again nails it hard NASA-style.

Bristolian producer Asusu at the controls with another plate of highly polished material. Juggling with the codes of dub and bass music with the ease of the humblest of masters, the guy has set the bar tastefully high for this first Impasse release.

From Livity Sound and Hotline to Berceuse Heroique and now Hemlock, Hodge has been pretty much everywhere lately. Even though, the guy’s not running out of steam. With these clear-toned percussions and headstrong swing, ‘I Don’t Recognise You Lately’ makes for a gratifying addition to Hodge’s well-furnished catalogue.

It seems Italian prospect Raw MT has reached a turning point in his career. This new EP on Lobster Theremin’s sister outlet Mörk has kept the lasciviousness of his early pieces intact – the superb vocal sample adding a further sense of dimensional depth – but the tracks gained in consistency and density, unveiling an implacable groove machine that’s still got the finesse of a fleshly caress.

Vincent’s sexy techno boiled down to its essence. Resonating bits of piano chords clashing, stuffed kicks shuffling and synth echoes diluting in outer-space in a progressive and zen-like momentum of the tastiest minimalism. No way back to corporate music after that.

An intricate superimposition of layers and hypnotic vocals, this Patten revamp multiplies aborted options to eventually pull out the main melody from an apparently distorted chaos of sound, the main synth-line finally washing ashore in a splatter of blotchy sound concretions. Heady.

A wonder of sampling savoir-faire and most certainly one of the most gratifying tunes off Naples’ whole album. Exquisitely balanced between the held-back whisper of the strings and the synthetic distortions of the second part. Any day, any time.

Yet another bass music representative in this list, the Manchester-based producer drops a gem of reverbed techno, implementing the well-tried hybrid of bassy-sound and straight 4/4 swing that’s been his for most of his recent releases. Gently epic.

After a first incursion on the Cologne label in 13 years ago with a four tracker titled ‘Amor Internacional’, Argentinian composer Leandro Fresco is back with his first long-length effort on Kompakt. The result is a highly meditative and immediately touching collection of crystal-fragile melodies that feels nothing short of touched by grace.

With ‘Sliced Africa’, Flügel gives free rein to his bongo-laden frenetic ride in pure tribal 2.0 style. A crazed and joyful ode dedicated to making you move your ass on the dancefloor. Nothing but that.

For the hard-kicking, brain-melting, techno heads out there! Regis is back with a gargling, stomping, maximally tough re-reading of Stave’s ‘Hardened Chord’. Brutal.

Amid the big lot of tracks Aphex Twin has been posting lately, we decided to pick two of the Warp boss’ very diverse tunes. ’21 Vtnm2′ is the kind of simple downtempo beat that will haunt your days and nights, with its murky melody crawling in the dark corners of your mind as a little hell of a freaky music box.

The second one is a sublime piece of drifting ambient in the vein of AFX’s finest atmospheric works. In awe.

The subtly-flangered and accordion-like swing of Gordon’s ‘Bleu Merle’ makes for a druggy ride through multidirectional micro-ensembles, mirroring over and over till you can’t see the outcome anymore.

18+’s slow-moving electro-pop in full effect. The charming voice of the singer and constant croak of the crow end up being one of the finest featurings of the month.