It’s not often that Dial introduce newcomers to the family, the evidence being their most recent admission traces back to 2008, when they released John Robert’s first EP ‘Hesitate, followed by his groundbreaking debut LP ‘Glass Eights‘ in 2010.

To mark the occasion we caught up with Tracey to discuss his first sortie on Dial and go further into a wide array of matters including studio gear, writing process, album artwork and meaning behind the seemingly random nature of the track titles. Additionally we are proud to present the exclusive premiere of ‘DTFNK‘, lifted from the album. Listen below and scroll down for the interview. 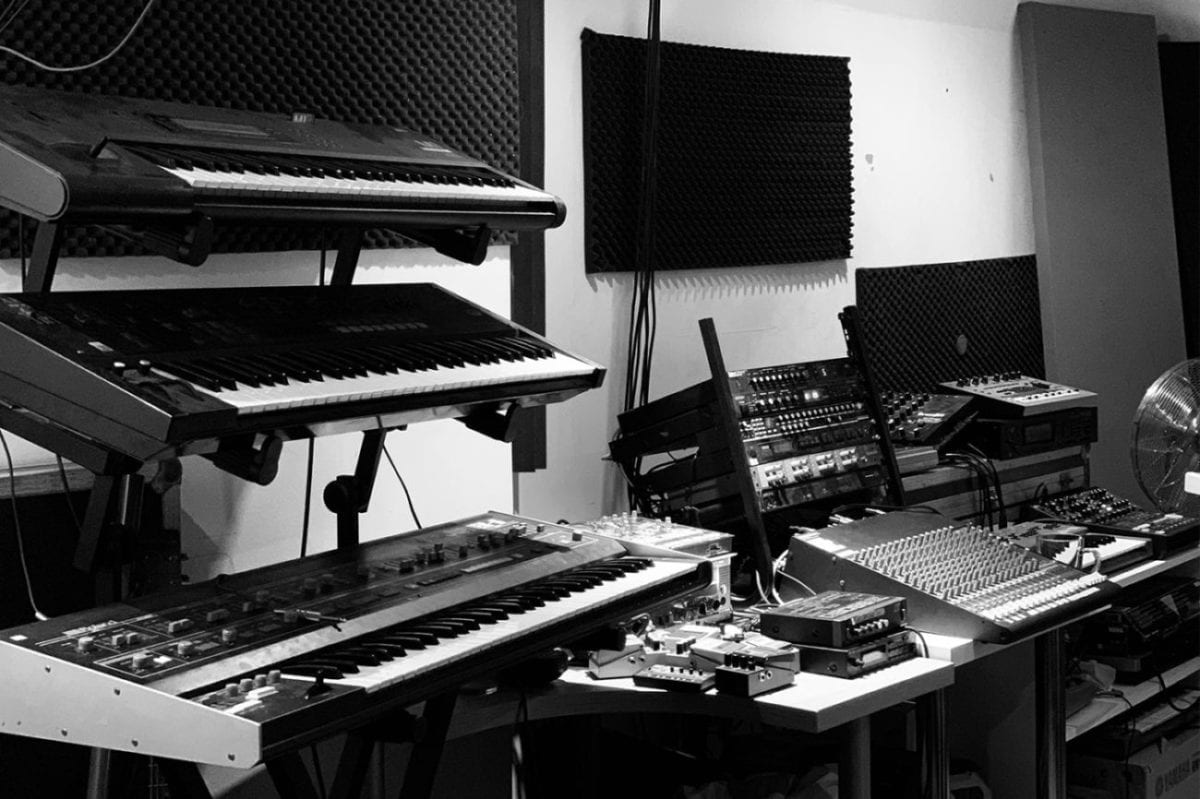 First up – congratulations on your debut album ‘Biostar’ on Dial, what an achievement! Please tell us how this album came about and how you feel about it being release through the label?

David Lieske aka Carsten Jost contacted me out of the blue about 5 months ago, we never met before. I knew the label of course and Lawrence as a DJ too. I noticed that he played ‘Earthrise‘, a track off my first release as Tracey, in his XLR8R podcast. David asked me straight away if I wanted to do an album. You can imagine that I was pretty surprised by this question, so I didn’t hesitate a moment.

From then on everything went really fast and smooth. I think David and Peter are both as excited as I am to release the album (laughs), it feels like a really good match! Also the fact they booked me for their debut Dial Day Time Dance at Griessmuehle in Berlin and Golden Pudel in Hamburg way before the album was announced felt like a sign of trust, like a “welcome to the family”.

What’s the story behind the name of the album?

It’s not that complicated. I was inspired by the artwork of the album, found on a micro-chip called Biostar and saw another meaning in the word that completely matched musically.

What’s the significance of the computer chip?

The artwork is made by Pati Hill, it’s a piece from sometime between 1977 and 1979. David sent me a few options, all by Pati Hill, and I immediately said yes when I laid my eyes on the piece with the computer chip.

The significance behind the computer chip, I can’t tell you because I didn’t make it. But what I really like about the artwork is the combination of digital and analog. Something that ties in the sound of the album with the way of working. 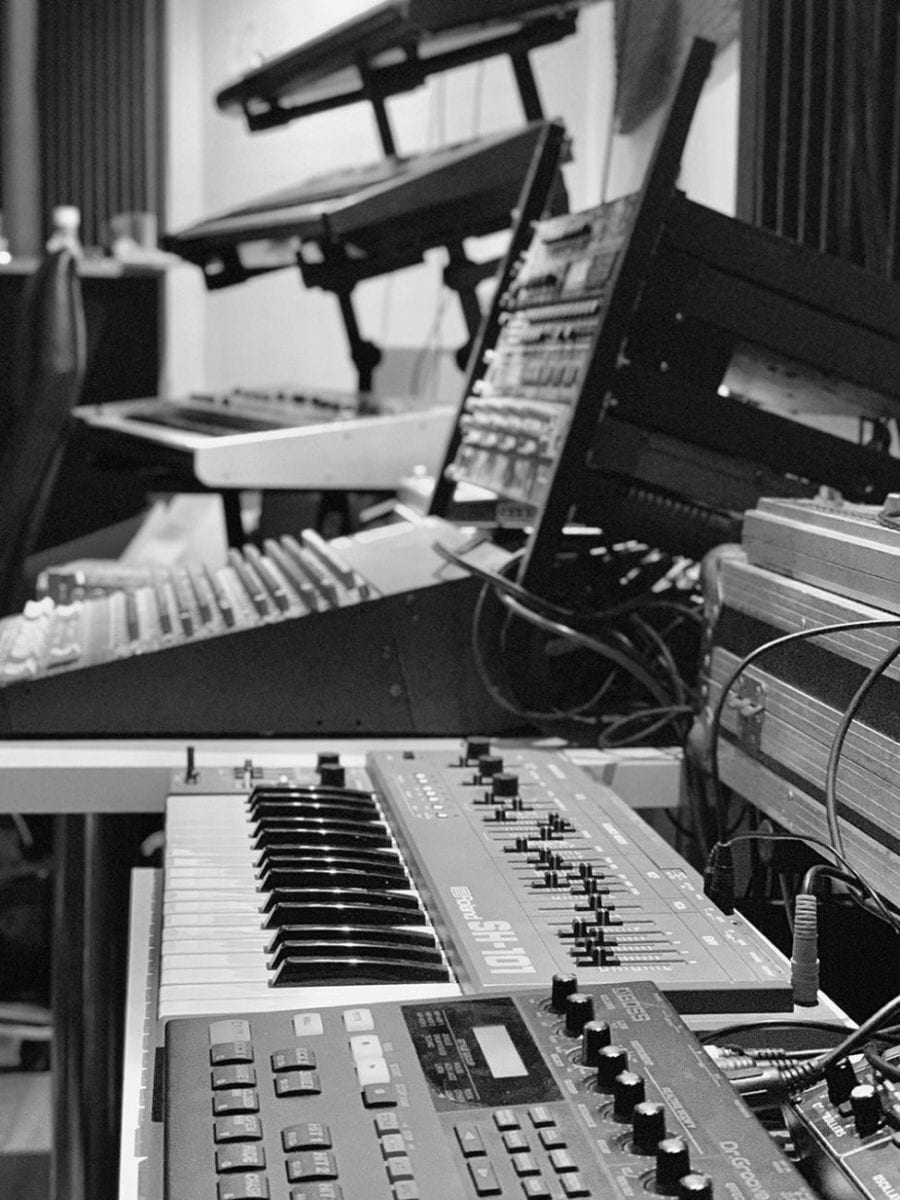 What’s the reasoning behind the track titles – is there any meaning behind them or did you smash the keyboard and hope for the best?

I removed all the vowels of the original track titles. I’m not gonna tell what the original titles were (laughs). I think it’s cool and mysterious this way. Also, it gives the listener the opportunity to use their own imagination.

Tell me about your album writing process and how you went about focussing on the project?

A few tracks were made a while ago, with an album in the back of my mind. When David initiated the idea I collated those tracks and started working on new ones for the album. The oldest track is about two years old and the newest was made a few weeks before the album was finalised. I didn’t limit myself to one concept. It’s just a really good reflection of what I’ve been doing over the past two years.

Let’s talk studio – I assume that you’re an analogue hardware specialist? Can you detail the instruments and synths you used to forge the album and identify the one or two instruments that you could not live without.

I wouldn’t call myself a specialist yet, there is still so much more for me to learn. That’s why it’s something I never get bored of and the reason I spend as many hours as I can in the studio. I share my studio with one of my best friends, Anton (Darling). We combined all our gear and that resulted in a super nice and well-working spaceship.

The synths I used the most for the album are the Roland SH-101, Juno-106, Yamaha DX200, JV-2080, Korg Polysix and the Nord Rack 2. The drums come from the Korg Electribe SX loaded with own samples, Novation Drumstation and the TR-606.

The Roland SH-101 and (Darling’s) Juno-106 are the two I love the most I guess. Although the Nord Rack made a big comeback in the current studio. The combination with those three work extremely good for me. But it changes a lot, every few months there is another favourite. 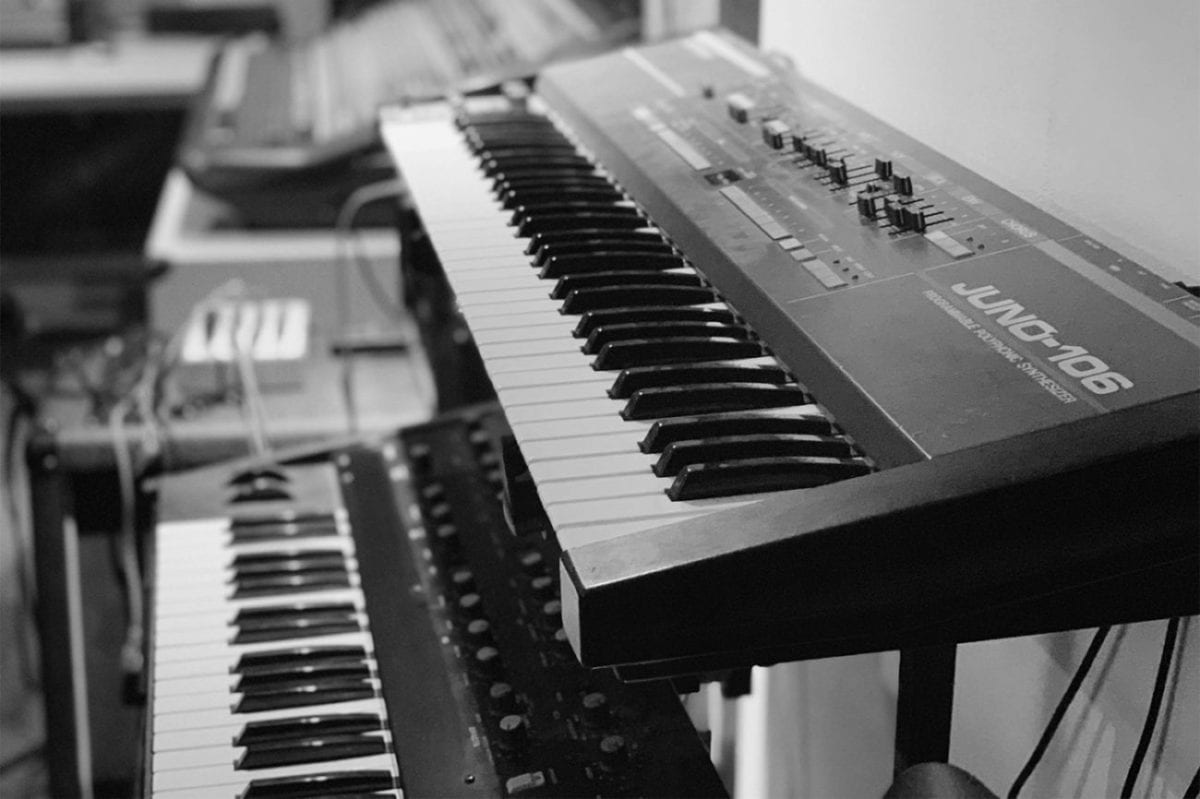 Can we expect a remix EP once the dust has settled from the album release?

Being a long time admirer of Dial’s output – which records (EPs and LPs) from their discography have stood the test of time and are sounding fresh still to this day?

I think almost everything! I’m a big fan of all the Roman Flügel albums, Efdemin’s ‘Decay’, Pigon’s EPs and not to forget Lawrence / Sten… they released so many great records and artists. Proud to be part of it.

Looking back at your formative years – which three albums were paramount in forging your musical taste?

Besides the most obvious and still inspiring albums from Kraftwerk, Aphex Twin and Drexciya, which are so advanced and peerless, there are a few albums that made me listen differently to electronic music. In particular by trying to understand how it’s made.

You know when you drop a glass and you catch it just in time before it shatters on the ground. That feeling… and pine nuts.

What makes you sad?

Besides releasing the album – what else are you excited about in 2019?

There are a couple of gigs coming up that I’m really excited about. I’ll be making my debut at De School in Amsterdam on May 10th and the day after I’ll be playing at Griessmuehle again, this will be the album release party.

I also cannot wait for the festival season to arrive, I’m starting off with DGTL in April and then Awakenings and Welcome To The Future, both B2B with Darling. Plus I am really looking forward to making new music!!

‘Biostar’ LP is scheduled for release 11 May 2019. Order a copy from Kompakt.