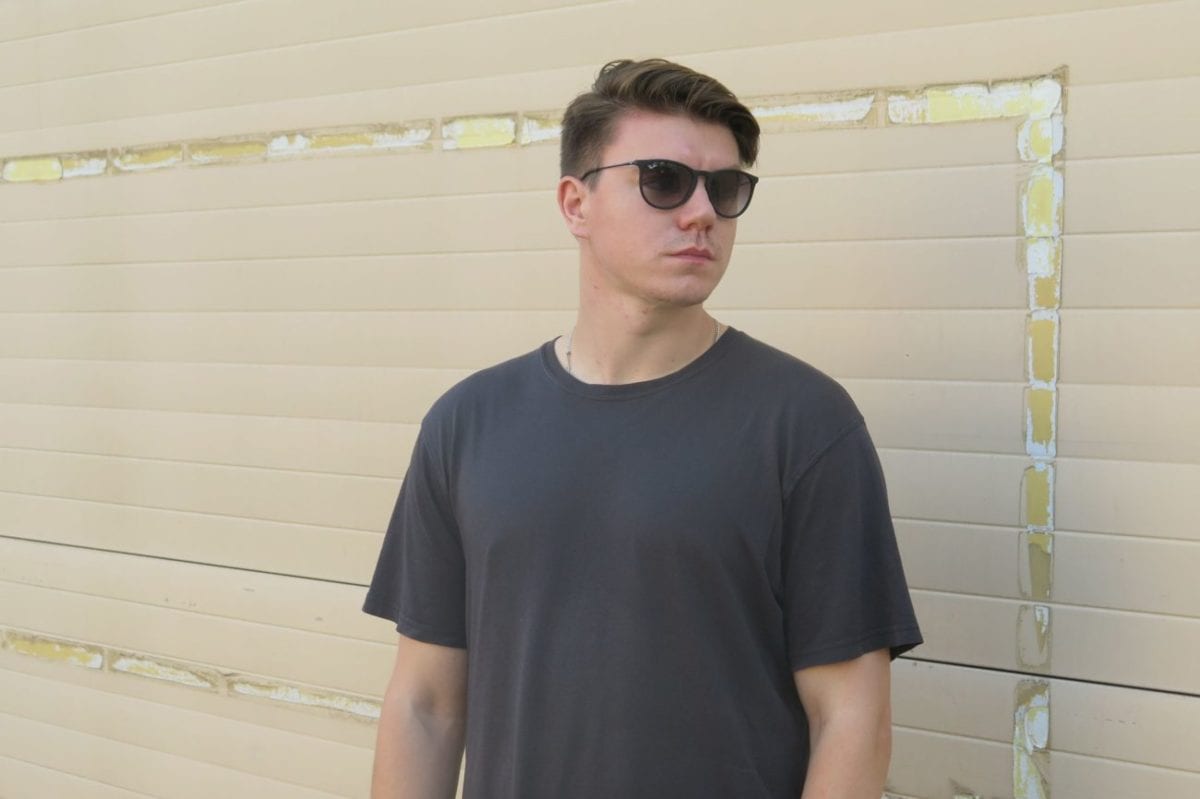 Berlin based musician WIFE, real name James Kelly, talks post-performance at the 2015 edition of the Red Bull Music Academy stage at Sónar Festival. The former Tokyo participant of the Academy speaks openly about his separation from his former black metal band and his urge to set up his solo venture WIFE. James also speaks about his recent move from Los Angeles to Berlin, and his relationship with Tri Angle Records.

* Stream WIFE’s live show recorded at SónarDome via the player at the bottom of this feature.

How was your show at SónarDome?

It was incredible although I didn’t had a proper sound check and the vocal levels were a bit tricky, but the crowd was good and the room was really full. There were people sitting up and people standing at the back. What I played was  a lot more up-tempo than the slower set I usually do.

Have you ever been to Sónar before? There was a Tri Angle showcase in 2011 but you weren’t involved with them back then…right?

It’s my first time at Sónar; I got involved with Tri Angle later at the end of 2014.

What were you doing before then, I read you were in a band?

Yes, I was in a black metal band called ‘Altar Of Plagues‘ but I wanted to do a very clean break and do something new so I started WIFE. 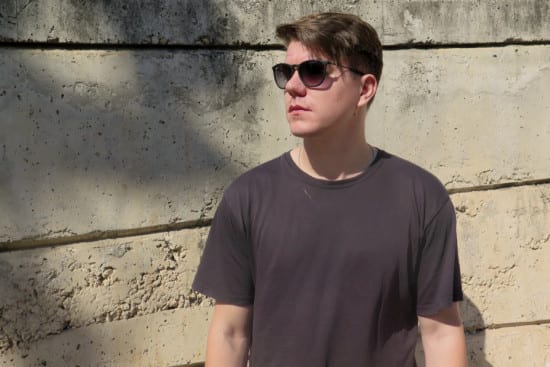 Tell me more about your previous venture?

It was a band, but I used to do lot of things in it from playing guitar to writing the songs, so I am used to work on my own anyway.

Why did the band stop?

I just didn’t want to do it anymore. I felt like I didn’t want to split myself in two and pursue two things, I just wanted to pursue one as well as I could.

I think it’s really important to focus on something; I just couldn’t be in a black metal band one week and then on tour doing WIFE the week after.

Was the black metal scene getting a bit too much or were you just not feeling it anymore?

I just had a feeling I think…it was more a case of I wasn’t really inspired, everything started sounding very similar, of course you can say that with all the genres but I think I was just done with it, I needed to get inspiration elsewhere.

And what about the name WIFE?

It’s just a name, I didn’t take it without considering the fact it has female connotations, but for me it’s just a word and it’s a catch-all term. WIFE isn’t a person as such, I just liked the word: it has symmetry when it looks capitalised, but nothing to do with marriage.

Let’s go back to your experience at Sónar, any higlights?

Autechre was absolutely mental, I love them, even if sitting down and listening to their music is a difficult task but here it was incredible. What’s so special is that it’s not like all the other producers; with Autechre you really can’t figure out how the architecture of what they do comes to be.

Arca before them was good too, and Powell as well; I was intrigued to see Skrillex. I had thought that he could deliver some music I like, but he plays that kind of screechy American bro-step and it’s just really bad music.

Did you read Arca and Evian Christ talking on Twitter about Red Bull Music Academy [FACT]? Any thoughts about that?

Yes, I mean in a perfect world I wouldn’t be under a brand, but not everyone has the privilege to decide who they wanna play with, it’s often people in the position of power who are saying these things.

Arca is a good friend of mine and I think he presented that like an open question rather than an accusation. He’s in a privileged position now because of his success and will have far more options to choose from with regards to where and when he performs . I don’t have the artistic authority to tell any promoter or event I won’t go on stage because of branding. I would rather be on a stage with a brand logo than not be on stage at all. 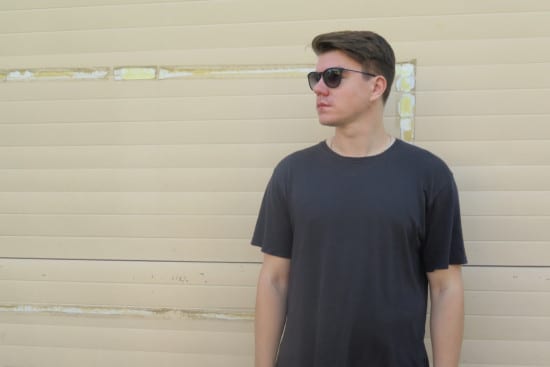 So what about the visuals for today’s show?

Yes, the visuals I shot with a friend of mine last year. It’s funny because when you have a visual show, you play your entire show without seeing it.

Was Tri Angle your first choice for a record label or did you have other imprints in mind?

I was actually very fortunate to have quite a few different people knocking at the door, asking what I was going to do. It’s funny because I hadn’t really heard about Tri Angle before. I didn’t know anyone on it, but I really love everybody in the label and we are all very close and get along and share similar views but still everyone has their own distinct identity. All the guys from Tri Angle are very inspiring for me and there are not many labels of that size where you personally know all the rooster.

Where are you living at the moment?

I just moved to Berlin, I was living in Los Angeles for a while and London before that. Even if it looks like a cliché to move there it actually makes a lot of sense. I now have an apartment with my bedroom and my studio as well.

When I was in London, even if I know many producers there, I never got a studio for myself. We just played each other’s music or jammed because unless you are doing pretty well you can’t afford a studio; but now in Berlin I’ve got a proper space and friends can come over.

Have you got involved with Berlin Community Radio?

No not yet, I did some NTS’ shows in London and it’s a nice thing to do, I do enjoy radio and I think it’s an incredible medium; it’s a shame that it is a slightly dying art form because it’s still one of the best ways to discover new music, something comes up and you don’t know what it is, nobody is telling you ‘this is the best song of the month’ or things like that.

I do look at publications and to be honest I am trying to consciously break that habit because I guess that what you listen to is just the same as ‘you are what you eat’.

As a music maker it happens quite often that you are what you are listening to and you are the product of your listening habits. I don’t want to be writing songs that are inspired on what is out this month, or this year. That’s not going to be truly original.

I’m just trying to get back at how I was making music in the band, using the instruments and playing live and so for the show I played today I just loaded all the samples I would use on my drum machine, which it’s actually way more chaotic, but I like the fact that all the sets are different.

What do you think about social media?

I am kind of bad at it to be honest. It’s funny because there are people who are very good at the Internet but it’s not my interest, I would never stand with my phone in a concert, I’m a musician and my music is what’s important to me.

What’s dangerous about social media is people caring too much about numbers or getting known for the photos and not their music; some artists feel like a failure in the fact that they don’t have big features or music reviews, but that’s not what it is about at all. 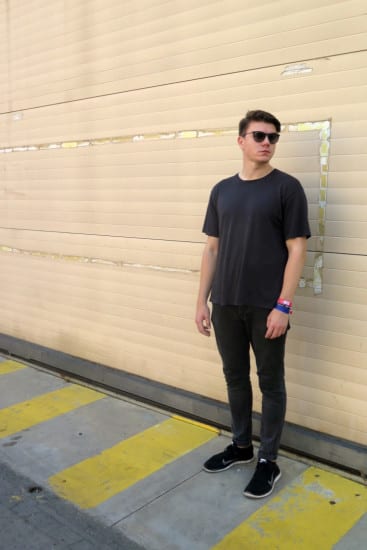 Historically, which musicians have you been into?

As a music fan, the people who have always inspired me the most are Talking Heads, David Byrne and Japan; as a singer the musicians I like are the ones who have more relatable voices, not pristine X-Factor voices.

And what about your lyrics, is there a story behind them?

The songs are about things I felt strongly and some of them are ways to communicate, not to people, but to evacuate these feelings from myself, so the lyrics are just related to my anxiety, my fears or my ambitions, it’s an emotional release basically.

What are you working on next?

Just writing a lot, I have been quite busy with making jingles for advertising campaigns and things like that, I’ve actually enjoyed it because it’s a cool way to work for someone else, whilst still being creative and on your own road, but it’s kind of distracting me from doing my own things.

It’s funny because when you are trying to write and you are doing shows, you can just see the things that get reaction, but I’m not a big fan of always hammering people with a 4 / 4 kick drum just to get a immediate reaction.