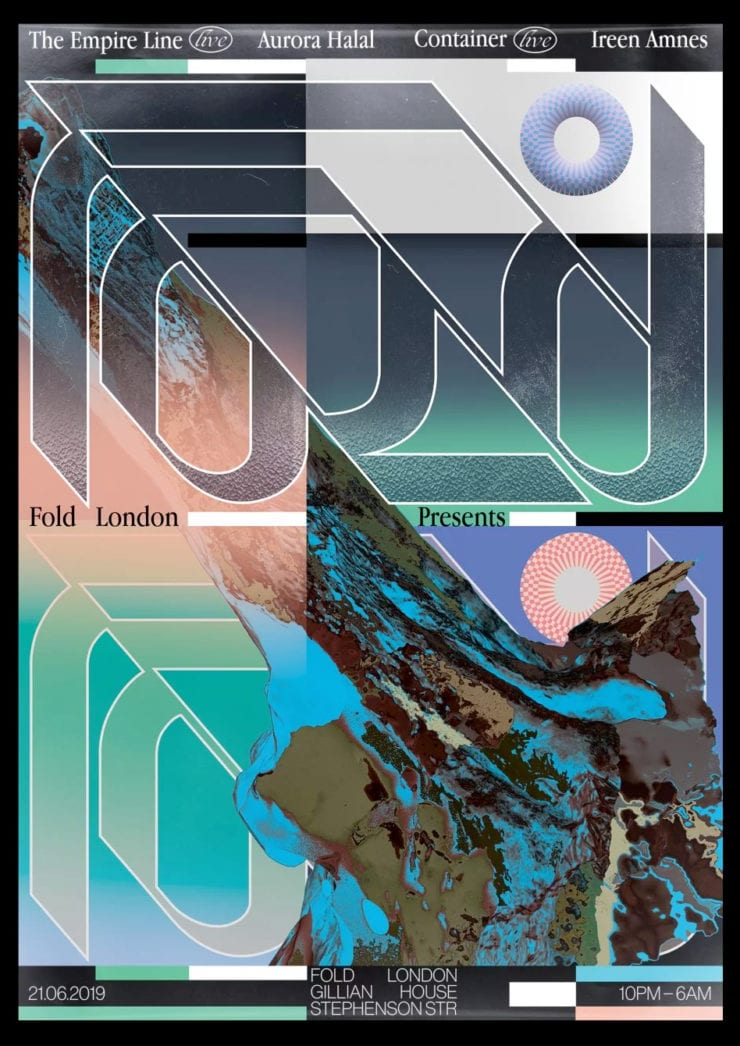 On Friday 21 June, FOLD present an evening of unadulterated power electronics from industrial techno production trio The Empire Line, plus a live set from Container and DJ support from Aurora Halal and Ireen Amnes.

The Empire Line is composed of Christian Stadsgaard, Isak Hansen and Jonas Rönnberg aka Varg. Since arriving onto the scene in 2017 they have released music on Avian, Posh Isolation and Varg’s own imprint Northern Electronics. Their productions and live sets are mutations of punk rock, noise, EBM and industrial techno – to fully appreciate what is in store, watch their vivacious Herrensauna x Boiler Room live set.

With four albums released through Spectrum Spools, plus EPs on Diagonal and Morphine Records – Container should be firmly on your radar if you’re into abstract electronics and DIY techno. He makes volatile dance music that feels like it’s constantly on the verge of exploding. Container’ss live will be abrasive and unpredictable, but is very much one to behold.

American producer Aurora Halal crafts a unique blend of hypnotic electronics and techno, often veering into acidic tonalities. Halal also produces and releases records together with Ital via his imprint Lovers Rock. if you have not seen Halal before, be sure you don’t miss out on this rare occasion. Closing out the event is London-based producer Ireen Amnes, delivering everything from experimental electronica, ambient and dark techno.