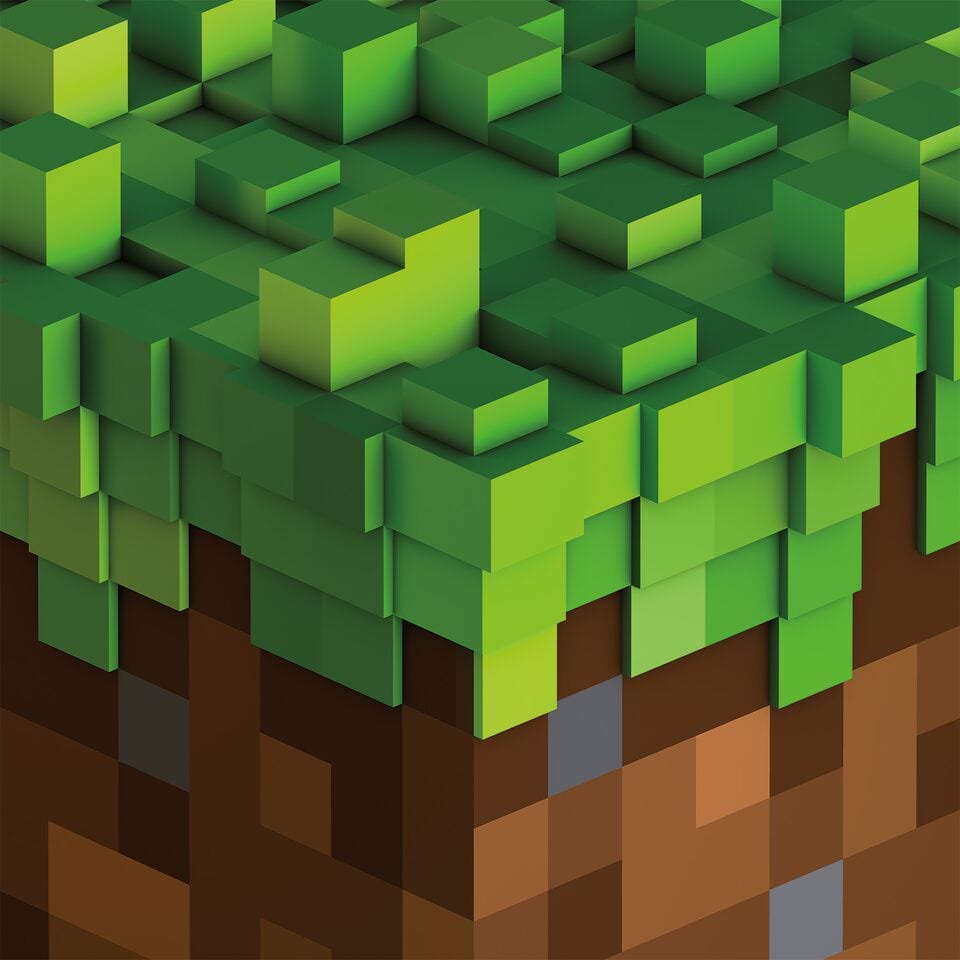 Depending on your age, the gaming idols from your youth may have been Sonic and Mario or the varied collection of colourful beasties that made up the Pokémon roster. Those of us ushering in the next generation of game enthusiasts will hear the most unassuming of names on the lips of their children – Steve. The near identityless avatar is the reluctant iconic lead of Minecraft, the humble Java based block building game that roared to such success that it will forever be remembered in the halls of fame alongside such milestones as Tetris and Super Mario Brothers. This is due in part to its appeal towards children who like to build minecart death machines that ceaselessly ferry livestock to a lava based death [hello my boy] right up to the admirably obsessive adult enthusiast who feels compelled to recreate Westeros to minute detail.

Having already had one foray into the world of pastel hued gaming soundtracks with the Hohokum OST, Ghostly International have once again stepped onto the digital breach with a two volume physical rendering of Daniel ‘C418’ Rosenfeld’s luscious electro-classical soundtrack. Sonically compared to the works of Brian Eno and Erik Satie, it was penned as the ‘Best Gaming Music of 2011’ by Kotaku on its original digital release. It will come as no surprise to find that Minecraft creator – Markus Perrson, better known as Notch – had a keen ear for electronic music; he was the mystery eBay buyer who snapped up Aphex Twin’s long lost Caustic Window vinyl once WATMM had finished their emphatic crowdfunded project to bring it kicking and screaming into the digital world. Having made and sold one of the most successful games of all time tends to afford you the odd luxury purchase.

Volume Alpha will be seeing a release on digipak CD and vinyl – make sure you check the tracklist above to see the differences in each version. Naturally there is a special vinyl edition for the enthusiast, coming in lenticular sleeve to give the art that Minecraft 3D blocky pop and the obligatory transparent coloured format of the circular crack. Needless to say, these special editions will rapidly evaporate as word spreads to enthusiasts, so act now before you’re reduced to mere cardboard sleeves and regular black plastic. Check out the taster below and head over to the Ghostly to grab yourself a copy now.

Discover more about c418 and Ghostly International on Inverted Audio.