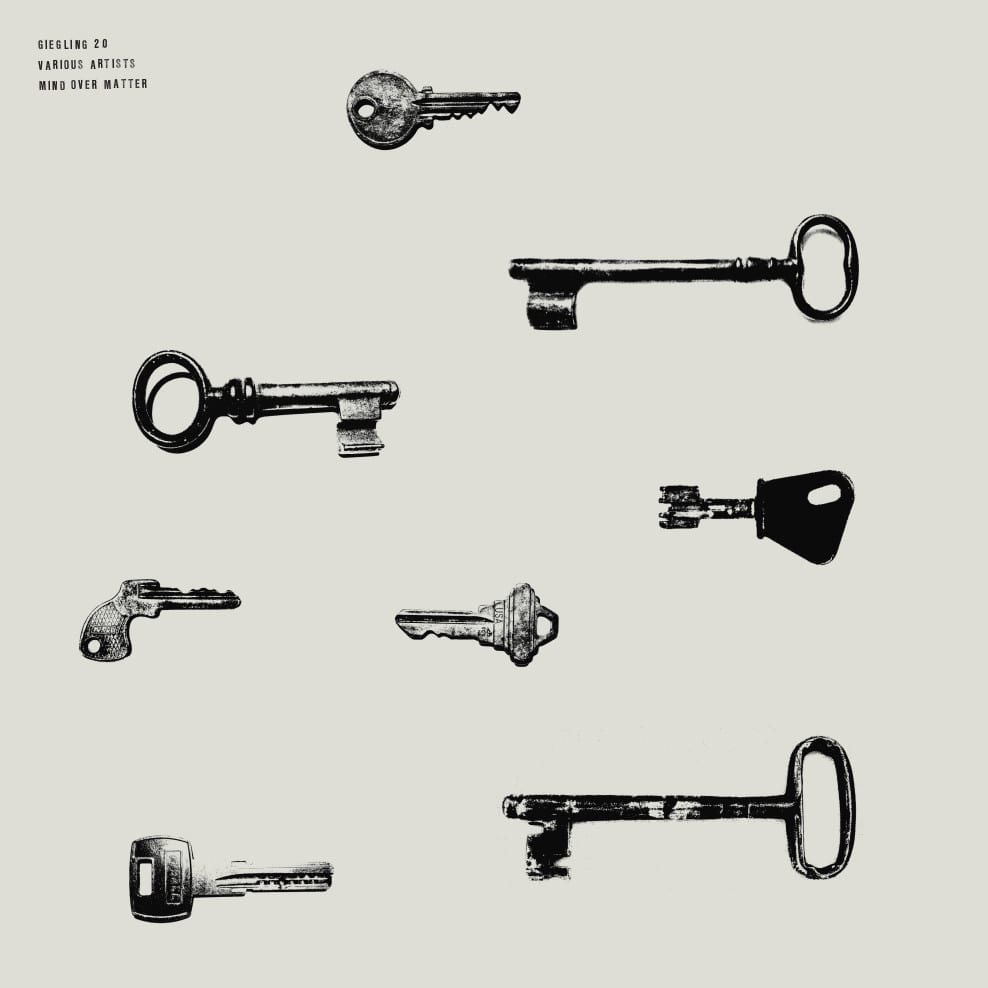 A veil of secrecy and die-hard fandom surrounds Giegling. In a world of non-stop communication and ultra-fast service, Weimar-based imprint has made a name for itself as one of the most enigmatic outlets of the contemporary era, announcing new releases or long awaited represses when you least expect them.

Last but not least is the announcement of Giegling’s very special 20th release, which shall land sometime in November. ‘Mind Over Matter‘ is a 14-track various-artists compilation featuring Giegling’s most beloved tracks from the label’s core crew, plus contributions from Smallville Paris’ very own Jacques Bon and Kann Records co-founder Map.ache.

Pre-order and listen to previews of each release on their website”$-)“.