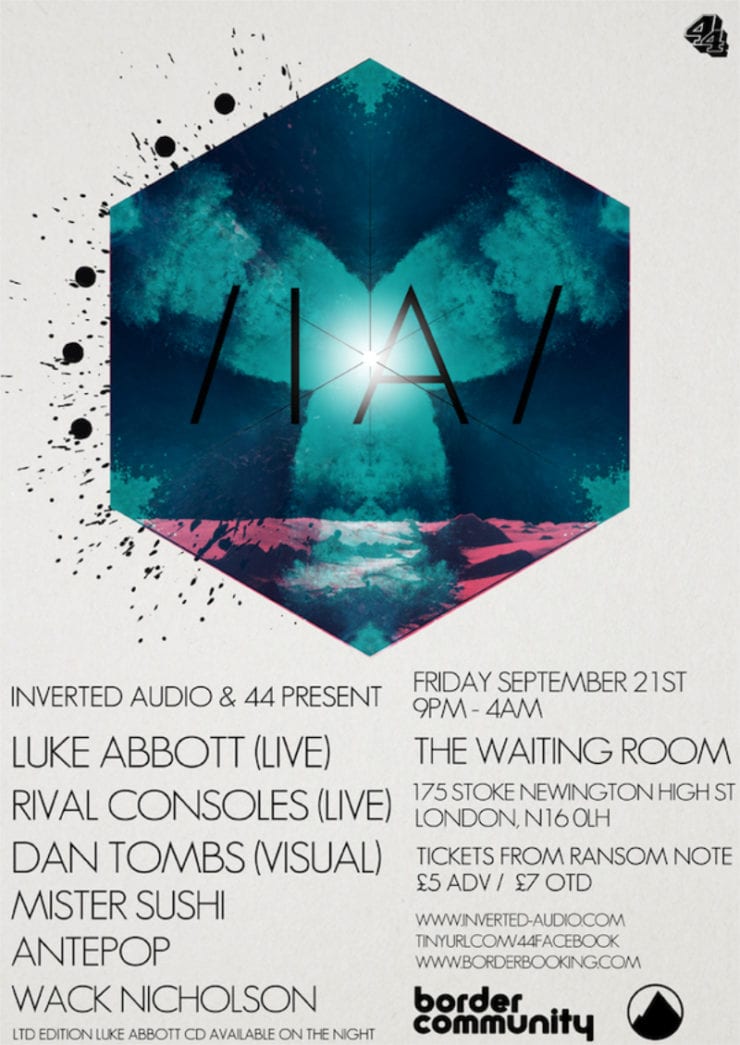 Inverted Audio and 44 are proud to host an evening of live electronic music from Luke Abbott, Rival Consoles and visuals from Dan Tombs on Friday 21st September at The Waiting Room (formerly The Drop) in Stoke Newington, London.

To further celebrate the collaboration, Inverted Audio and 44 will host a series of special bi-monthly parties at the intimate basement venue The Waiting Room. For their first party they welcome Border Community artist and self-styled ambassador of art school electronica Luke Abbott.

Strengthening the live electronic thread of the evening will be Rival Consoles. Equally at home pushing the limits of an array of analogue hardware, as he is slaying dance floors across Europe and beyond. Rival Consoles moog workouts take centre stage on his Erased Tapes releases but it’s in the live shows where the machines really take shape.

This London-based Dubliner has been making electronic music across genres for a number of years. As Wack Nicholson, the sounds are likely to be influenced by anything from deep house to hip-hop. Wack has played with DJs as diverse as DJ Mehdi and Ellen Allien, and is currently on the IA writing staff.