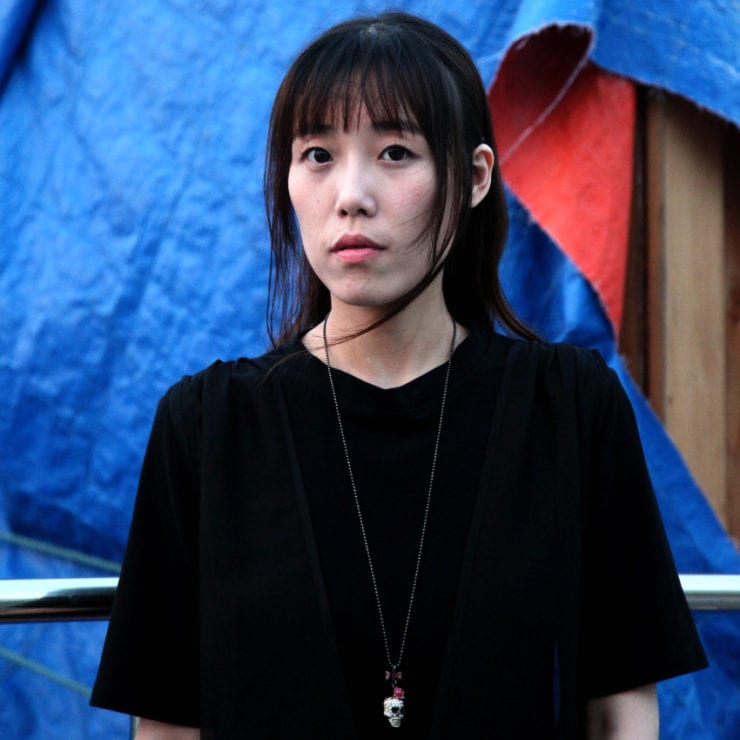 Over the years Infinte Machine tirelessly sought cutting-edge music from the fringes of the club music world, resulting in a unique artist roster and a tangible sense of identity across all of their releases. Expect nothing less, therefore, from ‘Blood‘ LP, 10-tracks sweeping across swathes of dance music without imitating genre conventions.

Loosely conceptual, the Norse myth of Fenrir — the wolf who will eventually consume Odin — serves as an inspiration for the album and the backdrop through which the producer analyses familial ties and loss with their richly percussive and polyrhythmic tracks.

With Infinite Machine’s propensity for releasing wild and unexpected music from reliably out-there producers, and Laughing Ears’ existing credentials as a producer, ‘Blood‘ LP is looking like an early hallmark record for club music with an extra serving of strangeness.

‘Blood’ LP is scheduled for release 26 February via Infinite Machine. Order a copy from Bandcamp.