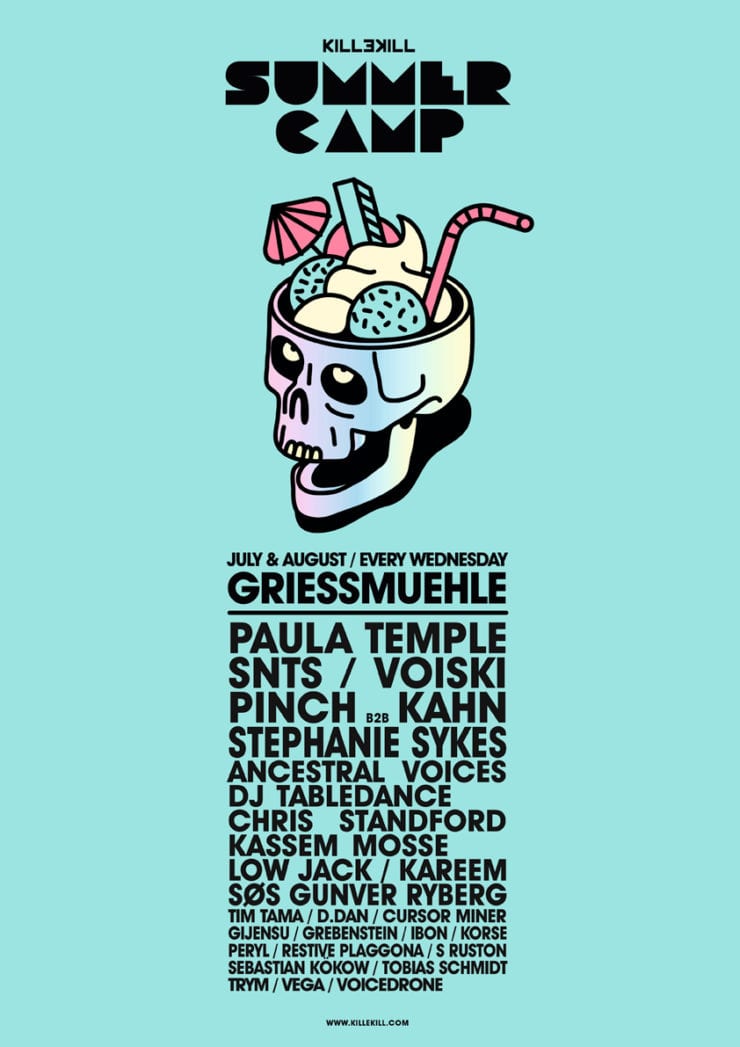 Taking place at Griessmuehle throughout July and August, Killekill Summer Camp is a mid-week series of events organised by an assemblage of Berlin and London-based institutions. Each given the unique opportunity to present their ideal lineup, all set within the raw and industrial environment of Griessmuehle.

Below we have listed each event in chronological order with links to buy tickets in advance and to RSVP on Facebook. We hope to see you on Wednesday 10 July for 10 Years of Inverted Audio.