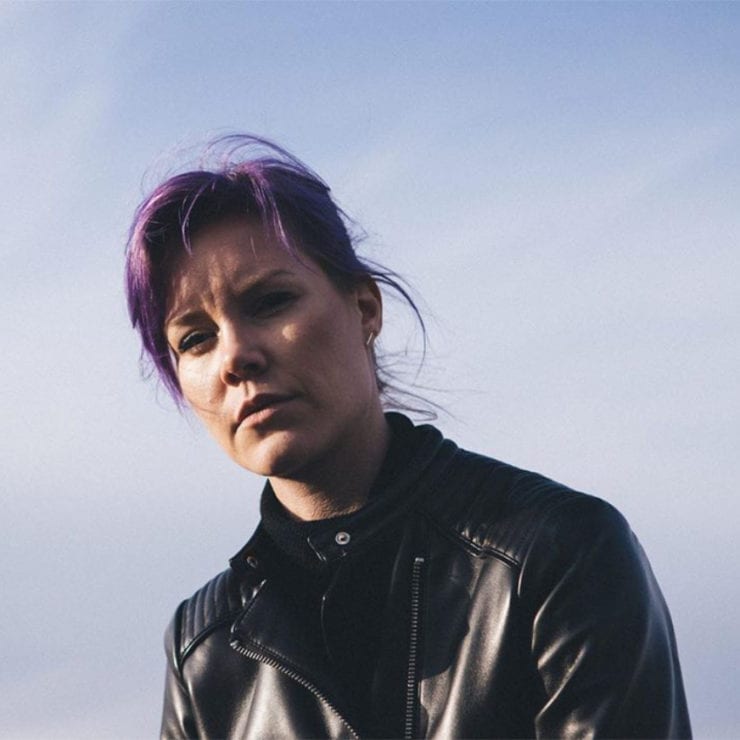 Berlin-based producer Linn Elisabet prepares to release their debut album, ‘Fac ut Ardeat/Made to Burn‘, on their own label, Acts Of Rebellion.

The album, comprised of Linn’s original material from the preceeding singles in addition to three new tracks, sets a high-water mark for the artist (who has previously released on Planet Rhythm) thanks to the efforts taken to construct an intellectually stimulating “game” accompaniment.

The album, therefore, is a statement, both of Linn’s emotionally ardent strain of techno and as a political one. The game, wherein the player is invited to take part in the progressive narrative of the Acts Of Rebellion label, is more of an interactive task in the dissolution of collectively harmful societal norms than a lighthearted video-game.

Alongside the high-brow intellectualism is, of course, concrete, danceable music.  ‘twifocaywoot.note‘, as a sterling example of Linn’s elegant take on techno, rife with the artist’s plaintive vocal drones. The 4/4 introduction dissolves into a finely constructed mess of drum rolls, off-beat thumping bass and far-off shrieks, rounding off a very original and conceptually-bound release.

‘Fac ut Ardeat/Made to Burn’ is scheduled for release on September 25 on Acts Of Rebellion. Order a copy on Bandcamp. Photo by Filip Ljuboje.

1. Fac ut Ardeat/Made to Burn
2. Our Names Are Acts Of Rebellion
3. Gravity Will Keep Us Apart
4. As We Prevail
5. Tillit
6. twifocaywoot.note