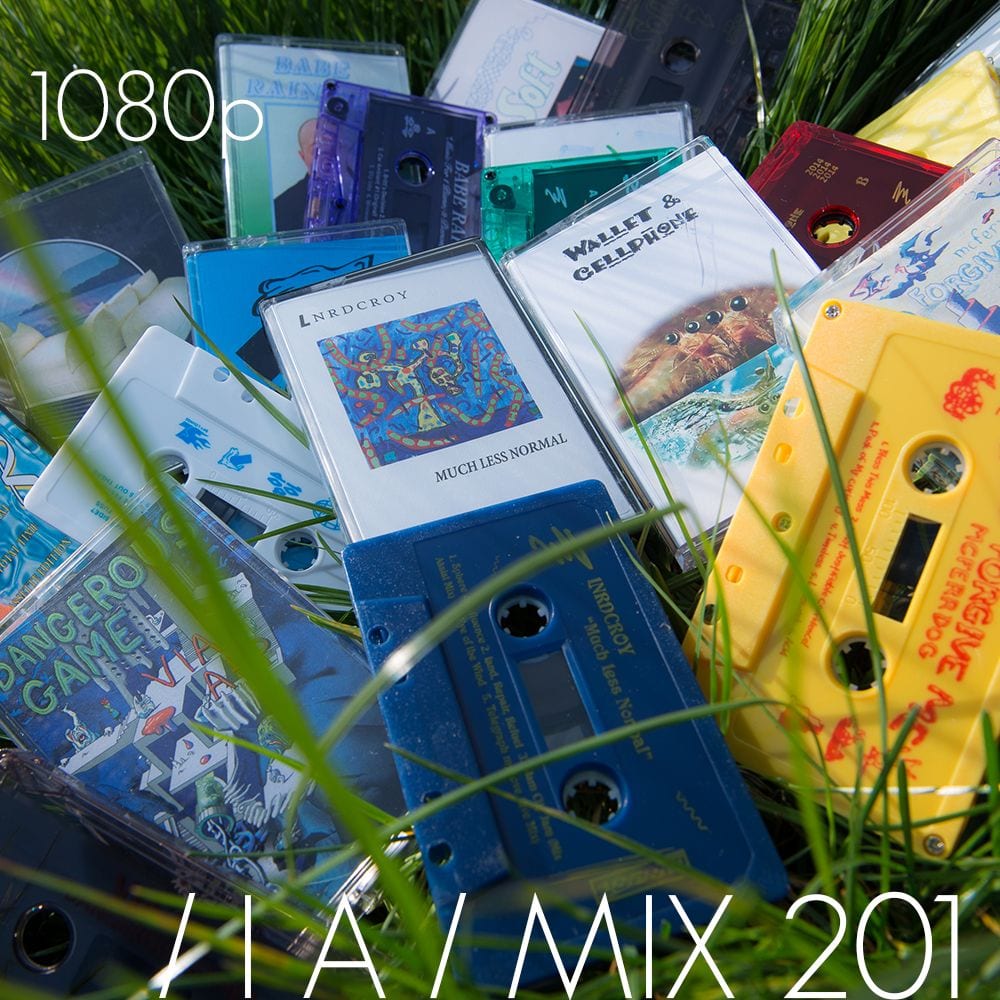 Indisputably one of the freshest eye-opening labels to have merged from the North-American mainland over the last couple of years, Vancouver-based imprint 1080p keeps cementing an unparalleled body of work, with a catalogue rich of some of the finest leftfield audio experiments, off-beat techno and chromatic house beats.

1080p #1 gentleman and crafty mastermind Richard MacFarlane christens 2016 under the best auspices with an all-unreleased mix, including brand new material from the likes of Palmbomen, Khotin, Riohv and a crowd of other talented affiliates who’ll get to release on the Canadian label later in the year. Just a first bite of the dopeness to come… let’s dance! 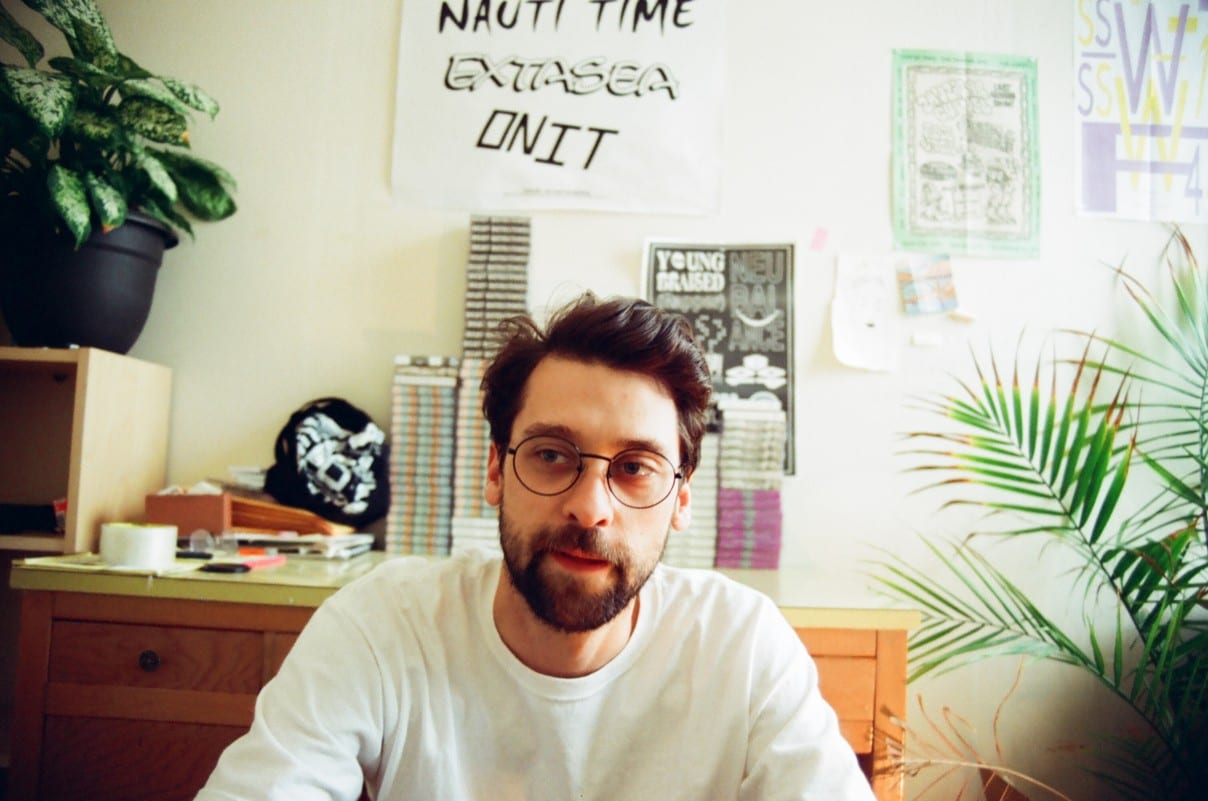 Thanks for that chill and brightly-hued mix, Richard! How did you record it? There’s a lot of fresh new music in there!

Thanks for having me! I was lucky enough to have a month back in my hometown of Christchurch, New Zealand for the past month so had a bit more downtime to get together some tracks and rough demos from upcoming 2016 releases on the label.

It always makes me super proud assembling a mix of all new label stuff as it’s largely music that friends have made—so crazy to have so many talented friends I must say. I just recorded it on Traktor while two episodes of Family Guy and one of American Dad played on TV , I also ate one of my favourite New Zealand snacks, Chicken flavoured potato chips while making it.

Another year gone by and yet, 1080p keeps flying higher and higher in most music websites and blogs’ yearly charts. What does this recognition mean to you?

It’s always really good to get recognition from peers and sites out there etc., I’ve been really struggling to keep with new music because of work this year and general information fatigue. I used to do a lot of music writing and interviews as well as run a blog so its definitely great to see the label featured as part of that spectrum.

What have been your personal highlights in the past year?

Definitely had a cool yeah personally – made some great dietary changes that helped me a lot, moved into my own apartment (which is half full of tapes and merch now) and got a new job which has made a bit more of a challenge to keep things running with the label as well as going outdoors etc.

You migrated from New-Zealand to Canada a while back… doing quite the split between very opposite poles. What motivated your decision to move spaces?

I’ve moved around a bit but only to really post-colonial commonwealth countries – I spent a few years in Australia and the UK respectively before coming here. 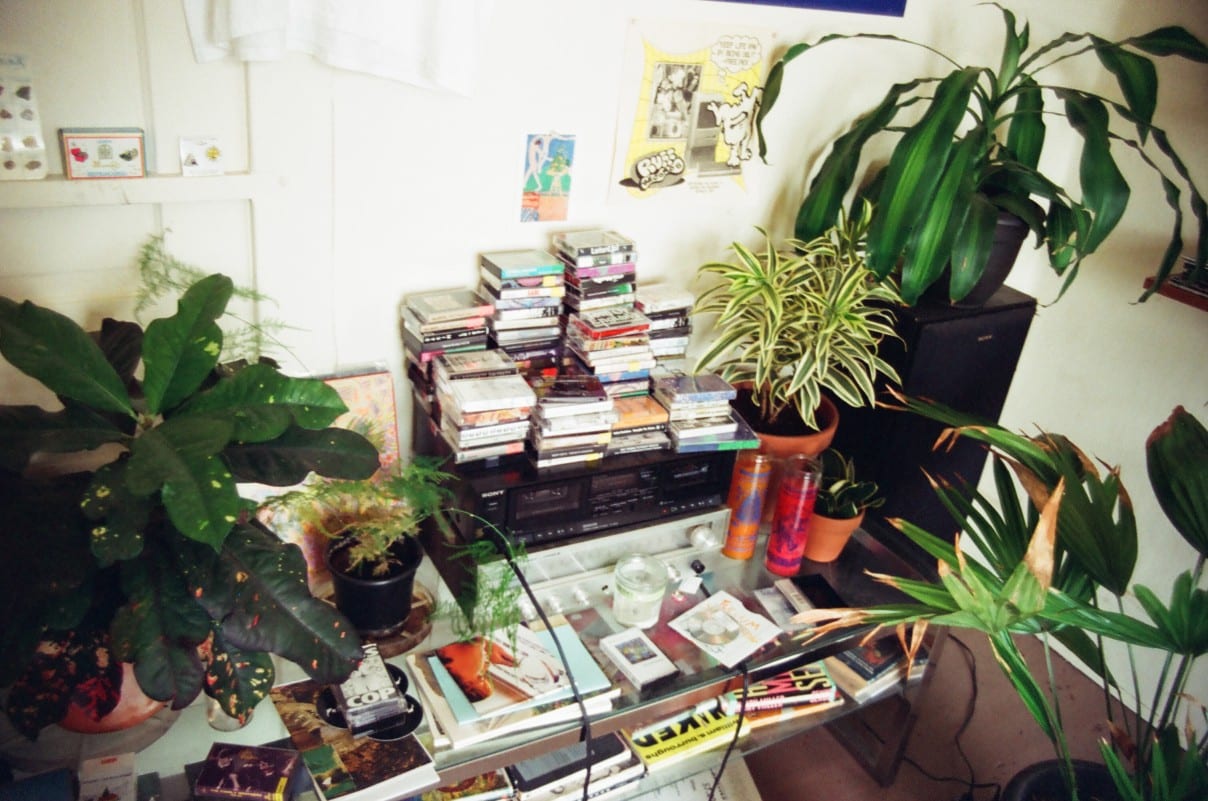 Do you think your geographical surroundings have a direct effect on your work, or vision of music?

I definitely noted the impact of surroundings on what I listen to at least from the time I spend on Galiano Island where I have a cabin that I share with a couple friends, mostly just meaning that I was unable to listen to anything but Gigi Masin and Laraaji for a month or two for a bit. Otherwise I’m not sure, it’s hard to tell what really my environment and what just comes up on the internet via wider realm of friends around the world

What triggered you to set up your own label in the first place?

It was a natural progression for me in terms of what I was enjoying with music journalism, radio and blogging etc., it fits in to my interests of being online and sending emails nicely also, as well as a good way to participate in something I think is generally important to life without having any actual skills as such. 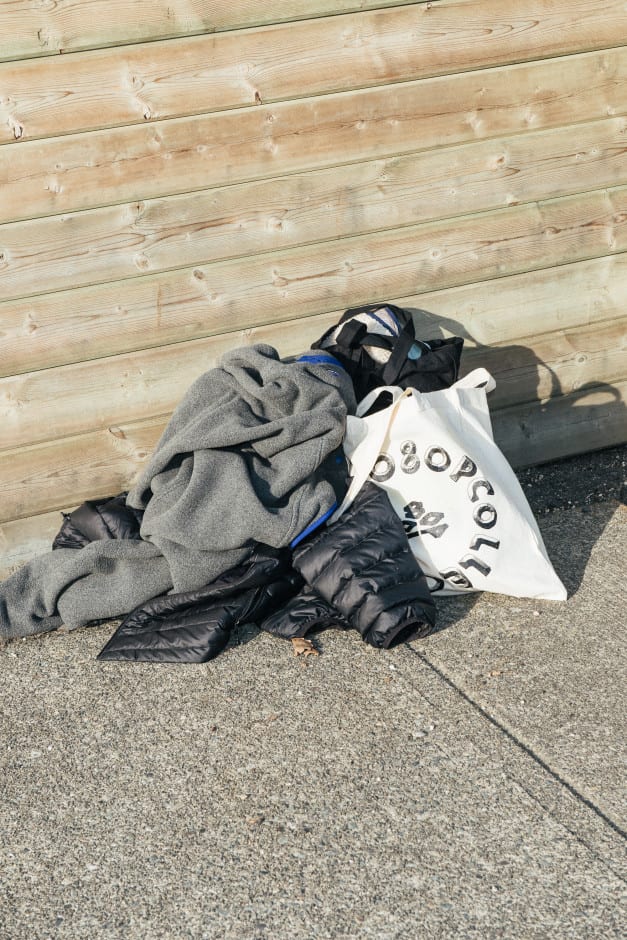 Where do you draw your inspiration from? Are there any people you particularly look up to?

I still have my head in the zones that I was so into five years or so back (in terms of DIY label format at least), but otherwise mostly really inspired by friends who make music, friends that run collectives like Discwoman, people keeping things weird like Odwalla88, people like D. Tiffany who turn their own houses into after hours, clubs like Bossa Nova, really into newer labels like Where To Now?, Video Game Music, Genero, honestly I need to get my attention span fixed up this year because really struggling to be organized with listening and properly paying attention to new music, everything around seems to sound really good IMHO.

After releasing exclusively on tape for a couple of years, you recently launched a new 12″ series. Wasn’t it too tricky to switch from bandcamp to an external distribution network in the beginning?

Not too tricky really, I feel like it is more of a slog selling tapes —moving to vinyl was another step in extending the audience (tapes are not purposefully limiting but obviously niche) and there being demand for it, and also trying something new personally as part of running the label. I’ve never been a big Discogs or vinyl buyer or DJ or whatever but it’s nice to see that selling vinyls is a lot easier than selling tapes thats for sure! 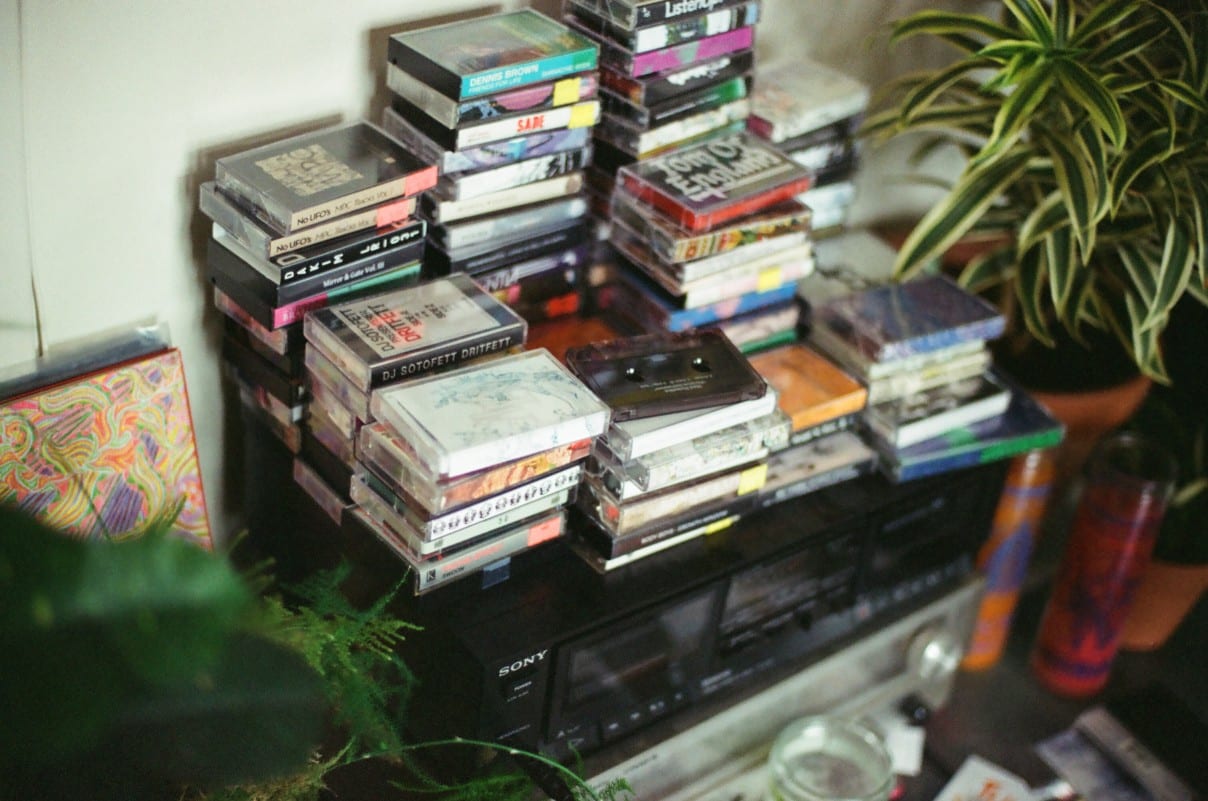 I often wonder what’s so sexy about a tape and can’t manage to lift the veil on the medium’s singular magic. Probably misty souvenirs from my youngest years spent playing my older brother’s cassettes to death. How did you get to release music on this format specifically?

I think I caught the tail end of the tape thing when I was a kid in the 90s, but later really enjoyed it in what I find is quite common—when your car only has a tape deck.

It sounds dumb but I never overtly chose cassettes for the nicheness (ie. not wanting to limit the audience as such)—obviously they are absurdly niche but it was more a familiarity thing from labels that I had personally enjoyed in the last several years, as well as a utilitarian thing (small to post, cheap and quick to manufacture).

I mostly listen to music on my computer, so I wanted 1080p to have a pretty even split between the physical tape releases as well as digital distribution, the latter being a major way to get the music out there via bigger mediums like Spotify, iTunes etc. so as to get it to as big a possible audience.

Which records have you been playing a lot lately?

I haven’t really got a record player “per se” but listening to a lot to tapes in my car like Wowee Zowee, some Cocteau Twins tape and this D. Tiffany one called “Rarez”.

On my computer I have been enjoying the new Samoyed a lot, which I got from Bandcamp in MP3 format, lots of Virginia Astley, Bill Laswell and Steve Hiett on YouTube, John Martyn’s entire discography gripped from Pirate Bay, been getting more into roaming around Soundcloud late at night and finding cool tracks. 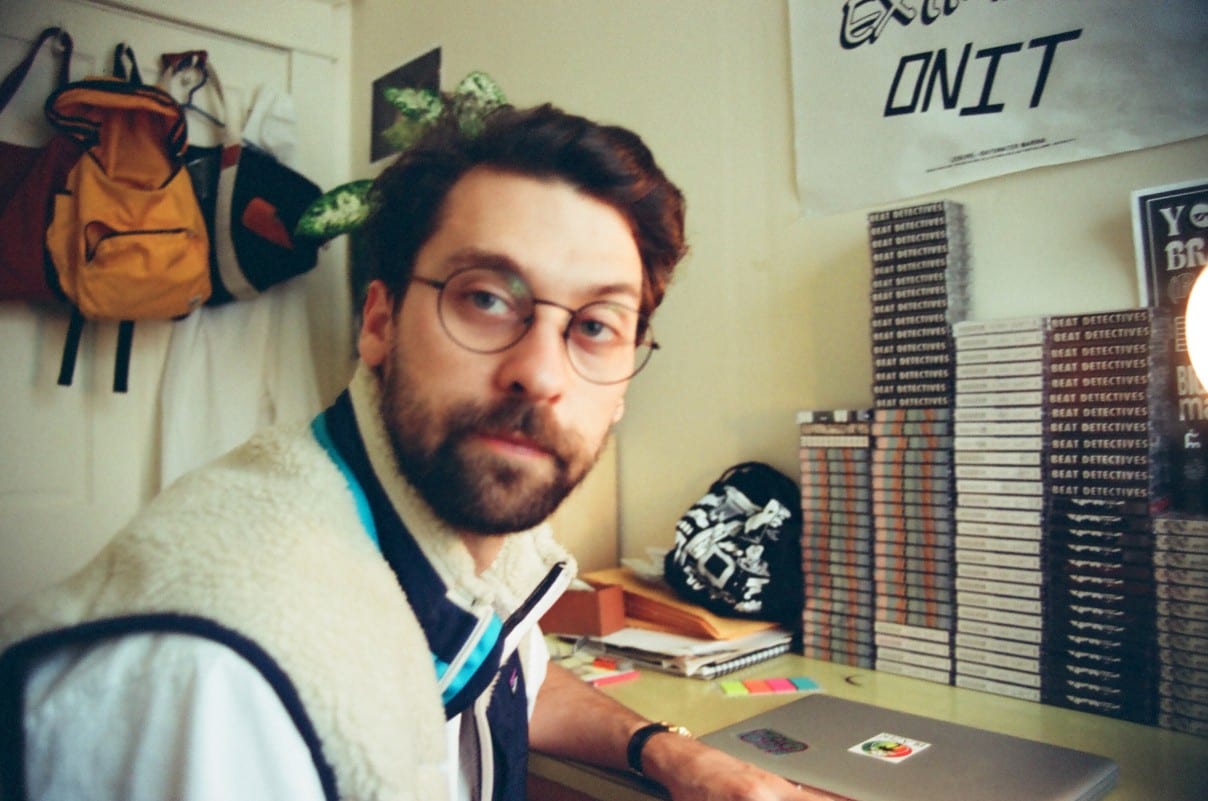 What are the places you’d advise us to visit in Vancouver? Any ideal location to dance, chill, drink a coffee, buy records or just admire the landscape’s beauty?

I’m pretty happy at home these days I must say and rarely get out on the weekends etc., but I personally love to go to coffee shops like Matchstick in Chinatown, Five Elements or Hanoi Pho for Vietnamese or Sushiayami (or Toshi if feeling extravagent) for sushi. Every now and again I work at a record store called Audipile on Comercial drive which personally I think rocks and has a great selection.

What’s lined up for 1080p this year? Is the new 12″ series going to evolve into full LP format?

This year I was aiming for the schedule to be roughly one 12” and one tape each month, hoping to keep it a bit more spread out than that though ideally, but once again have found myself with a lot of amazing stuff that I am eager to get out there. Not sure if the full LP format would work for how I seek music for the label but does seem logical, was thinking about some CD releases this year too as apparently they tend to go pretty hard!