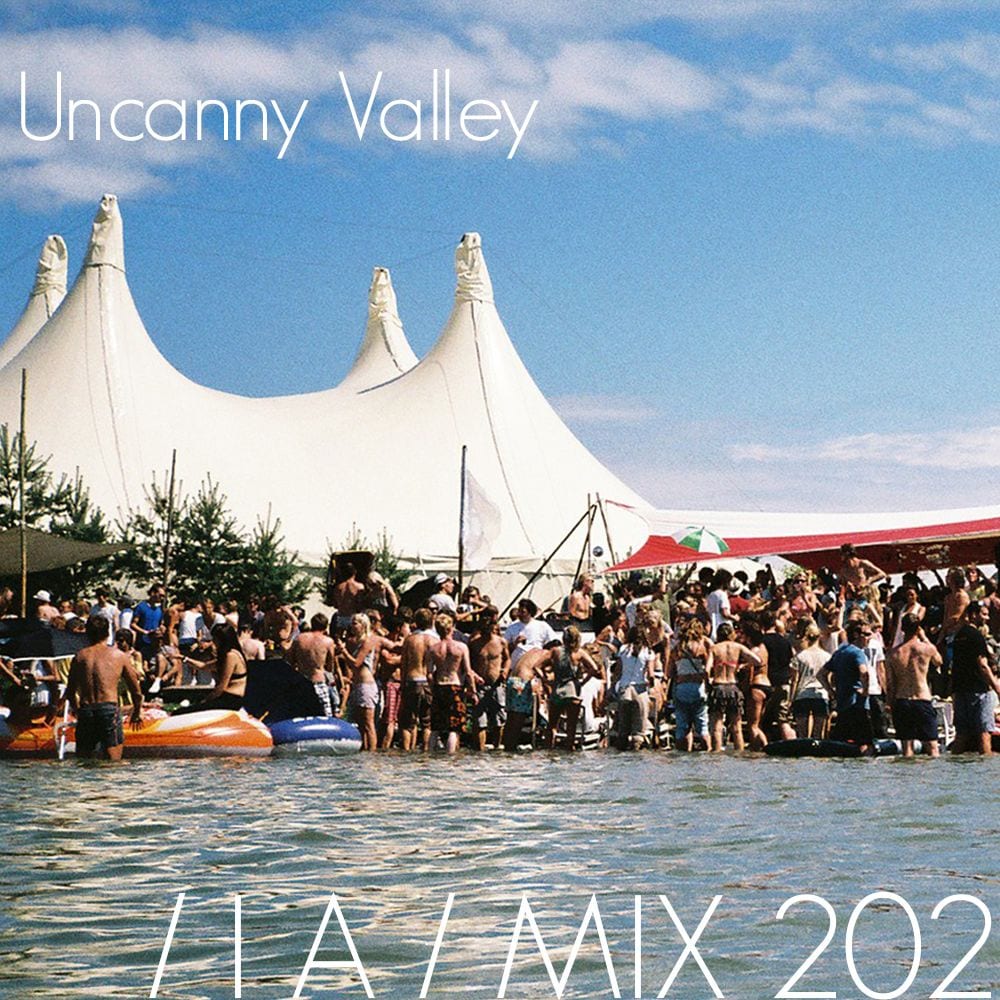 Built around the unbudgeable big-four of its founding members Albrecht, Carl, Conrad and Philipp, whilst served by a faithful cast of producers including Credit 00, Jakob Korn and Cuthead, all quenching the label’s thirst for floor-apt intelligence on a regular basis, the Uncanny Valley crew enjoyed a particularly thriving year in 2015.

Following the celebrations of their five-year anniversary, materialised by a top-notch series of events that took them from their hometown of Dresden to Brussels and Leipzig, the UV Soundystem boys – aka Albrecht, Conrad and Philipp (this time a combination of the latter two), grace us with this recording of their warmup set at Institut Für Zukunft on November 14th.

Hop in for a three-hour toboggan ride through mind-expanding deep house skylines and snaky electro synthlines zested with ruthless bass-driven grooves. Trippy as it gets. In the meanwhile, we caught up with Philipp to speak Uncanny Valley’s working order, Dresden context and further musical zeitgeist considerations. 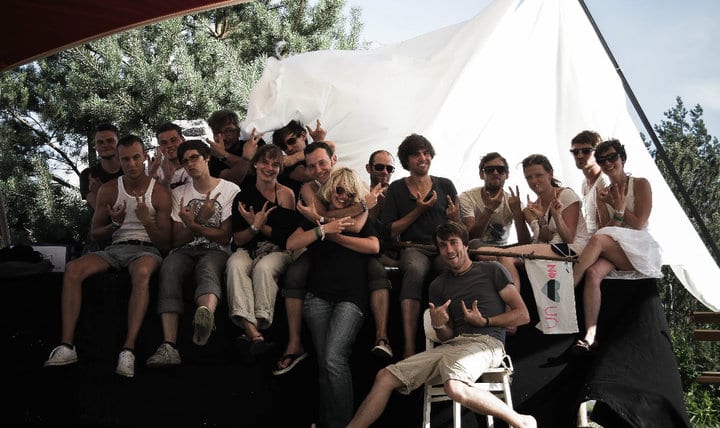 Can you tell us more about this special UV Soundsystem mix. When and where was it recorded?

The mix was recorded on 14/11/15 when we had our label night at Leipzig’s fabulous club Institut für Zukunft. Conrad and I opened the night, later Chinaski and Kornhead played live sets as well as Credit 00 and Break Sl playing a back to back DJ-set.

What memories do you keep from that night? I guess this brings back some rather special souvenirs!

Musically, it was a great night through and through. If you want one special memory then I have to mention that it was one of the first tryouts for upcoming Uncanny Valley releases by Panthera Krause and Credit 00. Those tracks worked out very well.

5 years is something to celebrate indeed as the trend is for many tiny imprints to merge and disappear quite rapidly these days. What would you advise a young label owner to last in the industry?

Do everything with friends. It’s a lot more fun. Also, ask friends who are already running a label about stuff. There are some administration things to learn. And of course, only release music that you are 100 % convinced with.

UV Soundsystem is basically a trio made up of you, Albrecht and Conrad in different combinations. How often do you guys perform live together?

Mostly, it’s only two of us playing in different constellations. But on rare occasions and when we have enough time we are playing all together which is always great fun. J Carl Suspect, the other UV label head, loves to play out Techno and rough House. That’s why he’s mostly playing when there is a shtum label night happening. 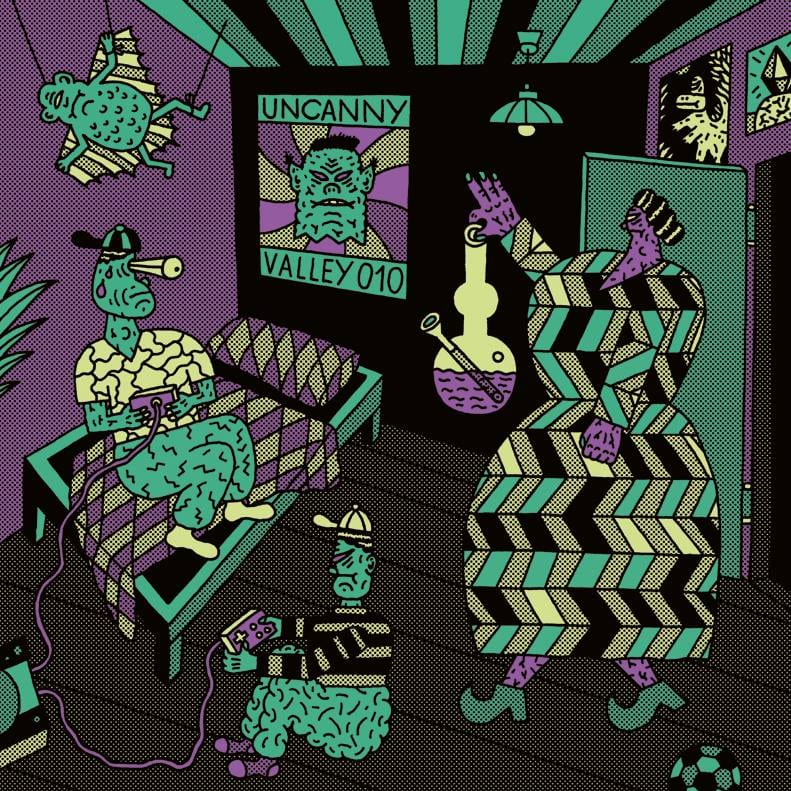 One often defines an imprints strength through its “vision” quality, which obviously seems harder to achieve with four guys at the helm. Still, Uncanny Valley proved to have a very precise idea of its destination. Is artistic unanimity the key to success?

I’d say it’s not the worst thing that not only one person decides if the music is ready to be released. And it helps that we have similar taste in music. But then you have to say that the most important vote comes from the artist. If they are not cool with the selection we won’t release the record.

Also, the selection approach is pretty different depending on the artist. Sometimes we have a large pool of tracks that we can choose from and sometimes there’s a clear artististic vision for the record from the getgo.

Sometimes they need more rounds of feedbacks and sometimes we’ll get a package with three or four tracks and boom, here’s the record. I guess most of the “selection work” arises when we are doing one of our compilations. 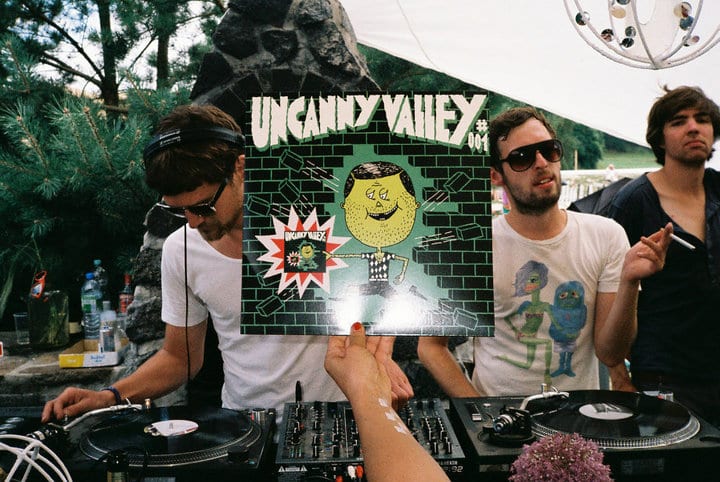 What’s the genesis of UV? More of a smooth-sailing adventure or rather a tumultuous journey?

A little bit of both. You can imagine that if you’re doing something for five years, you’re not particularly interested in telling the same story over and over again. But on the other side…it’s always nice to remember beautiful moments.

We had lots of meetings and conversations before, but I guess we all like the idea that the floor we curated for the 2010’s Nachtdigital Festival was the starting point for the label. It was the first time we held the first UV-record in our hands (which is always a great moment, at every record) so that we could instantly sell them to the festival visitors. And that floor was so great. Partly decorated by our girlfriends it felt like a huge friendship project or, in your words, like a tumultuous journey.

I read in an interview that Albrecht’s mantra is basically ‘fuck genres, I play every style’. Does it apply to the rest of you?

Pretty much. We all have different backgrounds. Carl was heavily into Drum’n’Bass in his teens while Albrecht was an integral part of the local Punk scene in his home town. Conrad and I on the other hand were actually more concert-goers as opposed to club-goers before we discovered the joys of straight up dance music and played out Disco, Italo and Wave as The Moroders (and we still do today from time to time).

We love dicovering new music, hanging out in record stores and talking about new sounds and it would be a shame to stick to one sound or genre if you’ve got so much different music to play. That’s also a reason for me to maintain my radio show UV Funk. A perfect opportunity to invite exciting people and play music that you possibly cannot play at the club. 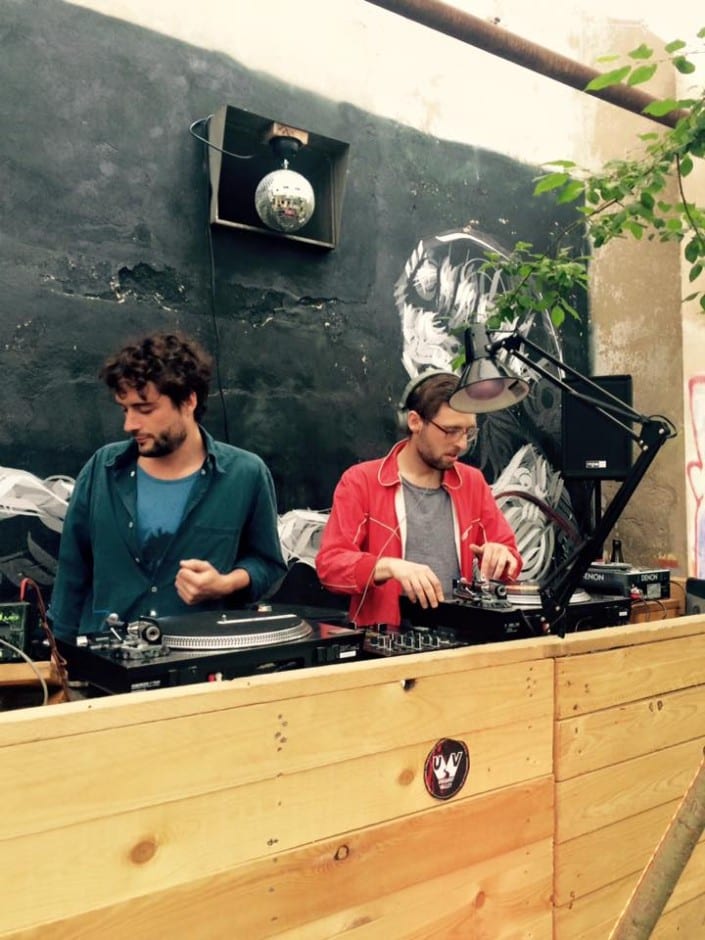 Did you have any will to define a ‘signature sound’ for the label? Did it have to be something in particular or were you just willing to remain as artistically self-sufficient as possible?

No, we never discussed having a signature sound. It’s more like we wanted to help artists develop their sound.

Aside from UV, you also run Shtum – a label dedicated to the darker side of techno, and Rat Life – a label that seems to smash any genre consideration to bits. I can only imagine the amount of work involved.

Yeah, it’s a lot of work. Especially as we all have day jobs. It also took a while for us to grown into our roles. As I mentioned earlier we had a lot of lessons to learn.

Also, Rat Life is curated by Credit 00. But we are almost instantly okay with his selections as he’s a man of good taste. 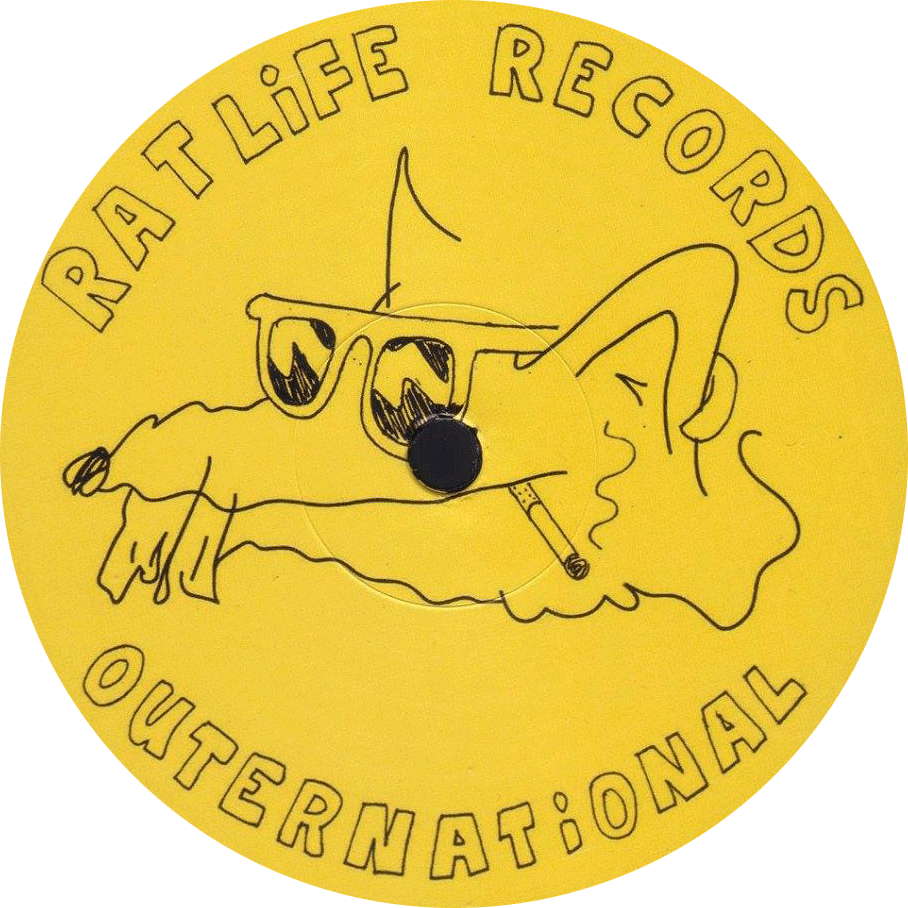 You’re based in Dresden, which has unfortunately got itself talked about recently for the wrong reasons – PEGIDA having their headquarters in the city. Has it had an impact on the city’s lifestyle?

It’s a shame that Dresden is in the news because of xenophobic marches like that. But Dresden has always had a very anxious and conservative citizen-hood that some local politicians don’t want to alienate. So it’s no wonder that PEGIDA is so strong here.

Sadly, what you don’t see in worldwide press is that there is a strong anti-PEGIDA movement called TOLERAVE, which originated in the local club scene.

Also, prestigious cultural institutions like the Semperoper or the local theatre Staatsschauspiel vehemently opposed to it. But it is also clear that if you’re a Dresdener like us you’re pretty frustrated by the current status.

Imagine how it feels if you’re constantly asked about that “city of PEGIDA”. For us it’s not an option to leave the city even if you can only shake your head sometimes. 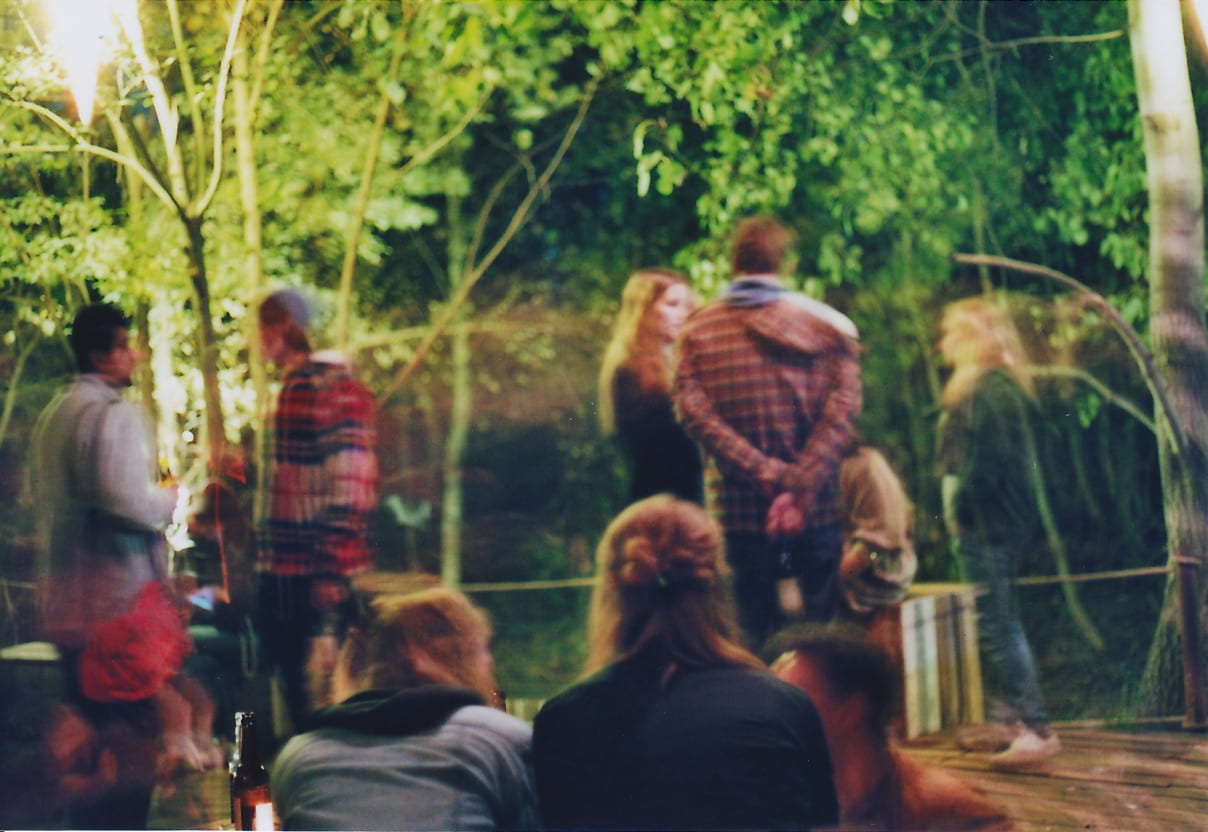 Speaking of more positive things, what’s hot in Dresden these days? Is the emulation catching on?

Indeed, there are a lot of young and cool crews, DJs and artists around. Even the club situation seems to have improved as there’s a nice new middle-sized club called TBA with long opening hours and a potentially great location on the horizon, which will open in Spring.

Also, If you ask me what’s hot then I have to mention Palais Palett. That was a wonderful spot covered in wooden pallets that has been existent for the last two years. Hopefully, the guys behind Palais Palett find a new spot for the next years as they had to leave the original spot.

I had a Sunday dance called Balearic Sunday there and it was nearly the perfect party for me as I could invite exiting DJs and play music of all kinds. The crowd danced to everything from 70 BpM-Reggae to 150 BpM-Krautrock. And that place had a very special vibe to it.

With the amount of cool new imprints popping up here and there, are there any labels you’d consider a possible UV long-lost brother?

Along with Munich’s Permanent Vacation we made a record called “Uncanny Vacation”. Two artists from each label delivered one track. It was a really great project that we want to continue with labels that we like. One such label is Live At Robert Johnson for instance. You can guess that considering that we are releasing records by Massimiliano Pagliara and Chinaski, two artists that are associated with LARJ. 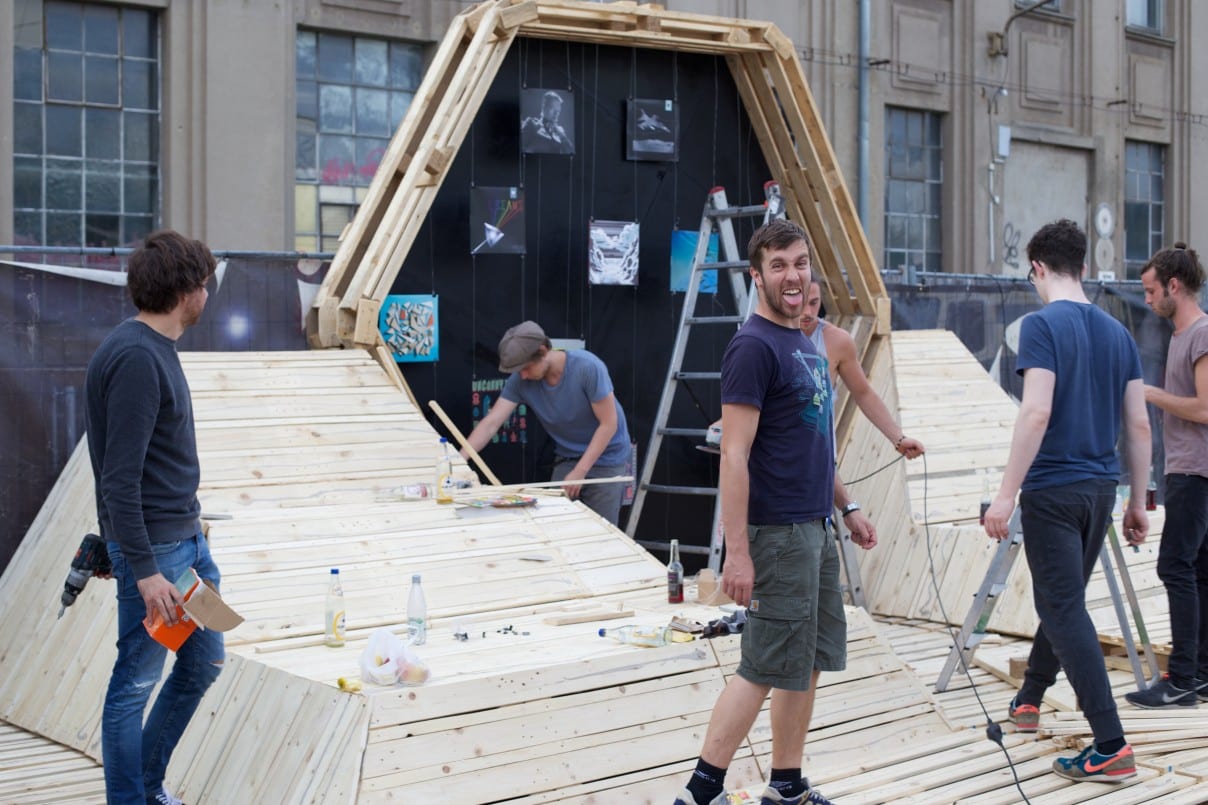 What’s your release schedule looking like over the next couple of months?

We have records from Panthera Krause, Chinaski, Credit 00, Jacob Korn, Massimiliano Pagliara and Cuthead in the pipeline. Also we will release an album by CVbox later in the year.

On shtum the next release will see the return of Leibniz (check out his IA MIX). After that comes a compilation.

As to Rat Life it’s always a good strategy to be surprised by what’s coming.