2020 has certainly been full of surprises, but a welcome one is seeing Traumprinz and Tzusing in the same tracklist. If that doesn’t pique your interest, a mix moving from Gucci Mane to M.E.S.H, with only a track from Bruce between, should.

If this sounds a little all over the map, don’t let that fool you – this mix is tight and cohesive in effect, if not in BPM. As Kyle Reid aka GILA, the man behind this absolute blinder, tells us: “[I don’t] have the attention span required to lock in to one style for very long, so it’s always my ambition to share all kinds of music that excite me. I hope to collide artists with one another in a way that is unexpected and hopefully lends further context to the music I make.”

It’s a fitting intro for GILA, who has just released his genre-hopping debut album ‘Energy Demonstrations‘ on Lex Records. For a producer steeped in instrumental hip-hop, and outings on storied institutions such as XL and LuckyMe, the album – much like this mix – draws from a more eclectic bag of influences, running the gamut from downtempo to Miami bass, but still with a distinct UK sensibility to it.

We ask the Denver-based producer about the British feel to his work and his response, unsurprisingly, is as expansive as ever, listing Throbbing Gristle and Aphex Twin alongside Radiohead and Boards of Canada. That diversity comes through in spades in this mix, with GILA squaring the difference between his hip-hop, ambient, and dance floor tendencies, and providing further context for his album. 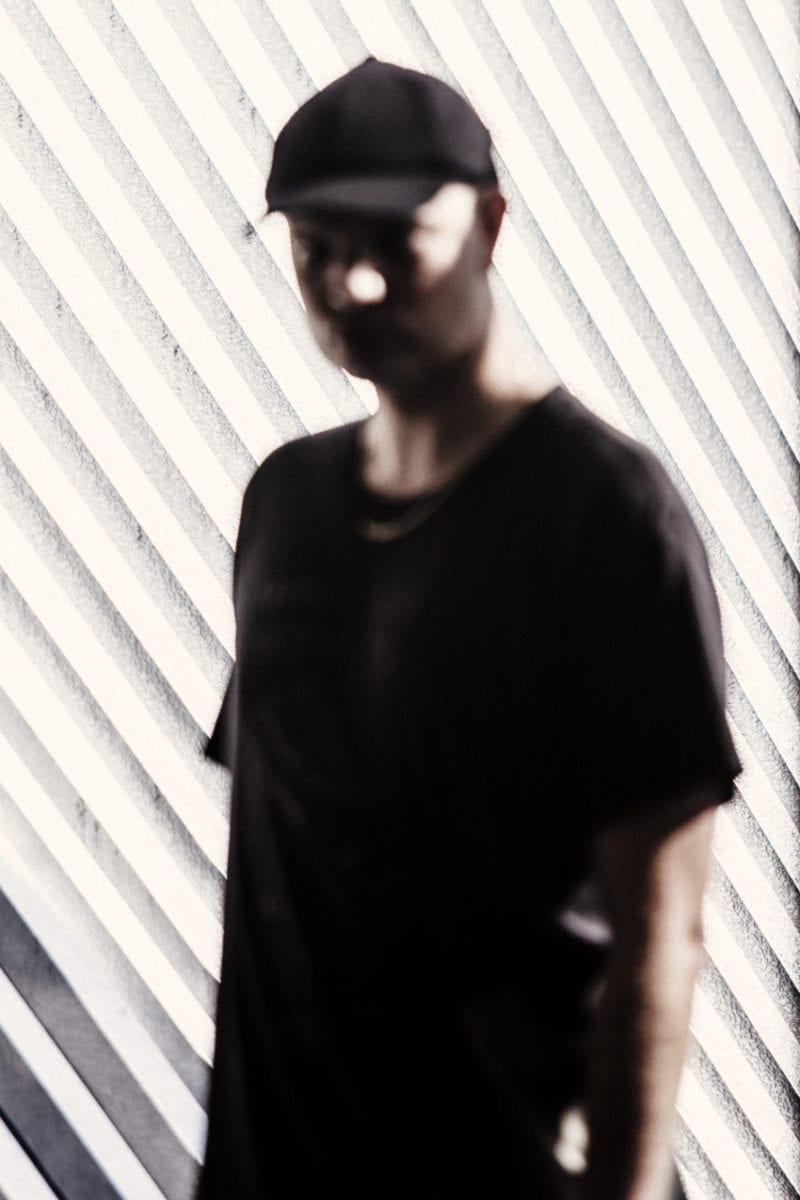 Hi Kyle, first up many congratulations on the release of your album ‘Energy Demonstrations‘ on Lex Records – you must be ecstatic!! How are you personally celebrating its release?

Thank you, I am very ecstatic. It’s a really great feeling to have this record out in the world. I just had a bit of Courvoisier with my mother and father.

Your mix is an eclectic whirlwind to say the least, traversing a multitude of genre and featuring music from Bruce, M.E.S.H., Slikback, Laksa, Tzusing, Traumprinz, Pangaea and many more – tell us about how you went about weaving this together and the atmosphere you set out to portray?

I’m not a genre specialist by any means, nor do I have the attention span required to lock in to one style for very long, so it’s always my ambition to share all kinds of music that excite me. I hope to collide artists with one another in a way that is unexpected and hopefully lends further context to the music I make.

When did you originally set out to write the album and what was your original concept for it?

I began work on the record in August 2018. I made a ton of music that got left on the cutting room floor, and was completely directionless and unfocused in my approach. I’ve never been a concept artist per se and this record is no exception; I just love to make all kinds of music and I desire for GILA to be representative of that diversity of interest. Ultimately this record is a microcosm of my various influences, and what I hope is a coherent Trench Thesis.

You’ve stated previously that you use your laptop to produce, however for this album did you expand your studio to incorporate new instruments and production methods?

Since I began making music my setup has changed very little. I have studio monitors and a sub (s/o Presonus), and an Ableton Push 2 & APC 40mkII. Everything is done in-box. I would say the one wrinkle to this record is the incorporation of vocal recordings. Just about every song contains my vocals in one form or another and if the response is good I will drop an R&B record in 2050.

Is ‘Energy Demonstrations’ a cohesive body of work, requiring the listener to consume it all in one sitting, or is it more of a collection of singles aimed at the playlist generation?

I absolutely encourage people to listen front to back, but I don’t believe it’s required in order to understand it or appreciate it fully. Plenty of consideration and consternation went into the tracks included and the order play, but it’s my hope that everyone who listens finds the songs that connect with them most personally. The day I start pandering for playlists is the day I die.

You’ve previously released music through XL Recordings, Deviation and Hunnaban Inc., why do you think your music has found a good home on Lex Records?

I’ve been extremely fortunate to release music with the support of labels. In particular, I am grateful for the total creative control I’ve been granted. I’ve never been given any direction on what to make, or how to make it, and that creative license has resulted in a pure expression of who I am musically, for better or worse.

Lex Records is a great home for me because they encourage and support my artistry in every sense. I feel a deep sense of agency and autonomy that will hopefully continue to result in records that people connect with and are fulfilling to make!

How do you think ‘Energy Demonstration’ differentiates your sound from previous releases?

I don’t think it necessarily does. Everything I’ve ever made occupies a certain space in my memory. All the songs I’ve made, released or unreleased, are sincere expressions and representative of what my technical approach and influences are at the time. Each record is just an opportunity to show more sides of my artistry and hopefully encapsulate a certain energy each time.

The album’s artwork is exquisite, who’s responsible for it and what does the hand symbolise?

Thank you, I agree! Eric Hu is responsible for all of the album’s physical artwork, and Nic Hamilton created the visualisers which we rolled out for the singles. Eric’s concept was to depict a hand displaying a mudra (a distinct hand sign used during prayer or meditation) that looked elegant but also slightly grotesque.

In our initial discussions he recognized the prevailing meditative quality throughout the music, and the juxtaposition of pretty sounds and textures alongside more aggressive/dirty ones. I think he and Nic did an excellent job capturing the music in their respective art and I’m thankful to be able to work with such talented people!

Some of your previous productions have a distinctly UK-feel to it. How did you get into this stain of music in Denver?

Music from the UK has always had a huge influence on me, long before I even started making music. I was lucky enough to be turned on to jungle/dnb music early on in my life, as well as some industrial acts like Throbbing Gristle etc and was captivated by it all.

Eventually I got really into Radiohead and acts like Aphex Twin and Boards of Canada in the early 00’s and they’ve all remained big time influences on the kind of music I like to hear, and desire to create.

What is the current state of dance music in Denver?

I think the current state of dance music everywhere is very, very bad. I’d like to be optimistic but with the way COVID is impacting artists’ livelihoods and venues are shutting down everywhere, I have a deep-seated fear that once we finally do emerge from this pandemic that nothing will be the same and will take a long time to recover.

It’s a shame too, because Denver in particular was on the up-and-up in the past few years where a lot of amazing artists here got to play alongside some of the best in underground music from around the world. I’ll keep the hope though that once we can get back to the club that it will be better than ever.

Are there any producers, record shops, radio stations or any other musical institutions in Denver that we should be aware of?

I’d be remiss to not shout out the whole Sorted family here. Wally and Veronica and the whole host of artists I’m lucky enough to be a part of out here really adds to a sense of community, and we’ve had some legendary shows with artists from all around the world. Also, even though he’s from Detroit we claim him here in Denver, my homie Sinistarr is on a tear lately and is going to be blowing up clubs for years to come.

2020 has been a weird one, but it has given some of us respite from the hectic day-to-day life. How has the pandemic impacted you and what new life skills or activities have you acquired throughout this period?

I doubt I’ll have a complete appreciation or resentment for the way this has impacted me until years after we’re through it. Right now I am thankful to have my health, a roof over my head, and to be gainfully employed through music. I try to honour that to the best of my ability every day and have learned a lot about my approach through this year for sure.

Too much to list currently. I really would rather focus on the beautiful things that still remain in life :)

Music! Food! Wine! My family and friends!
When good things happen to those you love!
Life can be really good and my happiness will overflow if I stay focused on those things.

What’s next for GILA?

I’m just going to keep to myself, and keep growing as a human and artist. I’m already making great progress on LP2, so lots more music from me will be out next year. I’ll be ready to hit the road as soon as the coast is clear to give some long overdue daps and hugs :)

‘Energy Demonstration’ is out now via Lex Records. Order a copy.