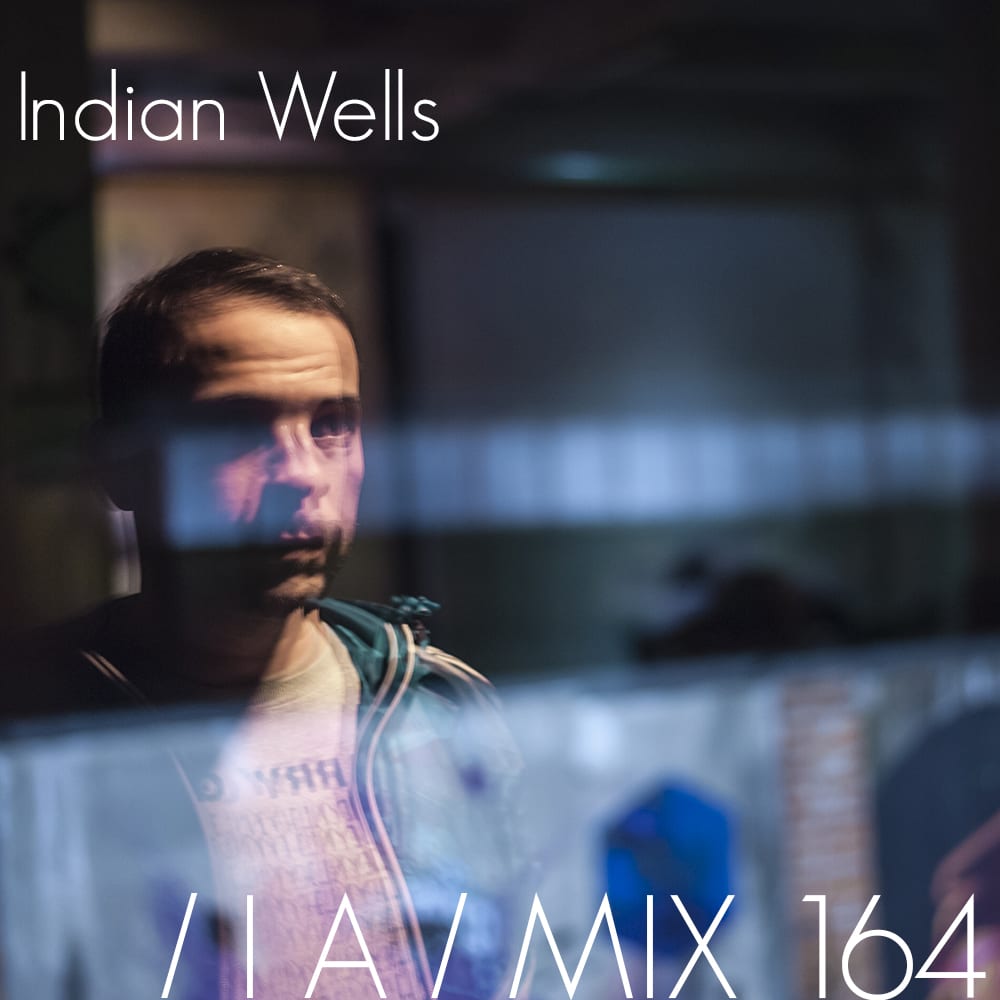 Ahead of the release of Indian Wells’ second album “Pause“, scheduled for release on the 6th March 2015 on Bad Panda Records, we caught up with the Italian based electronic producer to discuss the album, which he’s been working on and off for the past two years. He also talks about his relationship with Bad Panda Records, and what he has learnt during the album writing process. His mix features new and old sounds from the likes of Dauwd, Holden, Nathan Fake, Fort Romeau, Four Tet, Patricia, The Field and more.

Indian Wells, thanks for recording your mix and answering these questions, please can you tell us more about your mix, it’s highly tipped towards electronica / techno spectrum of music. How was it recorded and what atmosphere does it shine?

It was recorded at my place, in my little studio with just a laptop and a controller. The main idea was to include different things that I enjoyed in that period – new and old sounds – with an up-beat rhythm in the middle and an ambient ending.

Have you always been into electronica, what producers were you listening to whilst growing up?

I’ve always been a big fan of Four Tet but also of much of the UK electronic scene. From James Holden to Nathan Fake and Jamie XX on one side. And artists Arvo Part, William Basinski and Brian Eno on the ambient side.

There’s not much info about you on the web, all I know is that you’re from Italy, so can you tell us about home and where you’re currently living?

I come from a small mountain town in southern Italy, San Donato di Ninea. It ‘a very quiet place, I would say charming, great valleys, clean air, a place out of time. I’ve been living in Cosenza since few years now, a small town not far where I am from I have settled – for work reasons.

What about this Sofa Tennis Player description on Soundcloud? What else makes you tick?

That comes from ‘Night Drops‘ – the debut album, that was heavily “tennis oriented”. It was just a joke to describe the project at that time, also given my laziness.

When did you start talking to Bad Panda Records about releasing your music?

I don’t remember exactly the time but we were already in contact with Bad Panda even before Indian Wells was born. One day I sent him a demo of four tracks without many expectations – and thankfully he loved it.

It’s a label I feel great with, I like how he looks the thing at – it gives a chance to many to expose their sounds, in a different way from others. In addition, the head of Bad Panda, Claudio Gallo, is a person with whom I have great affinity and very smart.

Theroster is definitely varied as musical genres, although lately with the outputs of Populous and Jolly Mare is more on the electronic side. We are all very different artists, each with its own identity, I consider it a treasure for the label, certainly not a handicap.

When did you start to focus on making your album Pause?

Two years ago, after the release of Night Drops, had not much time to work on new tracks. After working a bit ‘of material I saw an opportunity to make a new record.

Is Pause an album that was recorded in a short time frame, a more consistent theme, or is it a selection of tracks made over the past few months or years?

It’s more a selection of songs I’ve been working on during the last two years. It’s the reason why it’s called “Pause”; I consider it a transition album, as well as on the personal side it was a transition period. I’m experimenting with new directions, definitely different from Night Drops, where among other things the conceptual side was very defined.

What do you think you’ve learnt from focussing on this album?

More on the mental side than from the technical one, I think I learned a lot from this point of view. Surely I come out with more experience and with more awareness of my skills, having more courage and let go me a little ‘go from a creative standpoint.

Do you have a favourite track?

It’s ‘New York Nights’, the closing track of the album. I think it reflects very well the week in New York last year and my way of living that experience. It’s a nocturne piece, I like to describe the night in music.

How do you think you used best your studio gear whilst producing the album? Do you feel you pushed them to their limits?

I’m actually changing much in my studio; I changed both the instrumentation to produce and to perform live shows while working on Pause. The instrumentation is definitely important but I still think that most comes from your ideas. Night Drops had been produced almost exclusively just with a laptop and for sure I still have a lot to learn at the technical level.

What’s next for you? More music, gigs or chill?

All three things, the record will be out on March 9th and shortly more live dates will be announced. Definitely a little trip with my girlfriend to get away and on the music side, already working on new tracks.

What’s your top track at the moment on YouTube?

And the weirdest thing you’ve seen on the Internet recently?

This video on Italian prime minister talking in English: