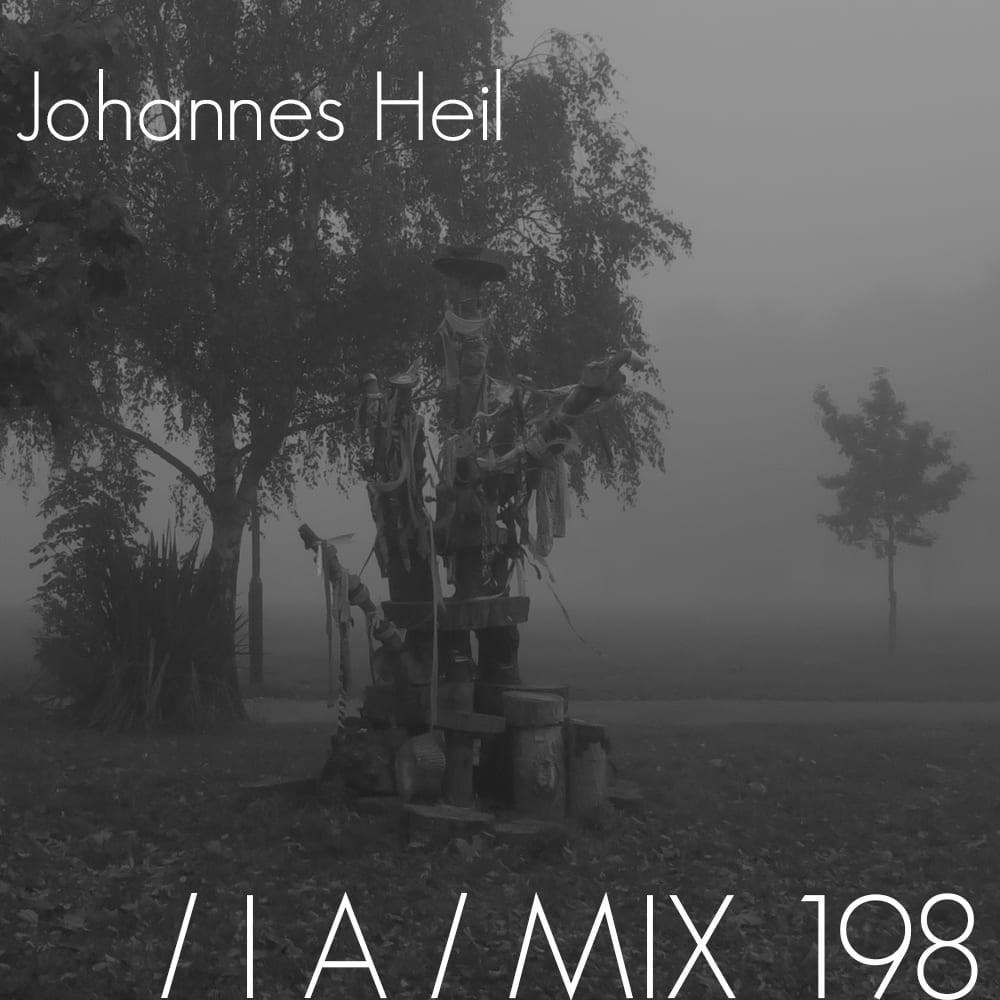 Last month German producer Johannes Heil released his 10th studio album on his Exile imprint, which he co-runs with fellow DJ and producer Marcus Suckut. ‘The Black Light‘ is an album composed of 10 scenes consisting of hard-hitting techno. To celebrate the release of the album we caught up with Johannes to discuss the concept of the album and what he has lined up next.

First of all please can you give us some context behind the mix you have recorded for us. What’s the reasoning behind the track selection, atmosphere within the mix, how it was recorded plus anything else you’d like to mention.

Hello! I have to thank you; these questions will give answers to me as well! The reasoning behind the track selection and the sequence structure was done by the music itself. You can’t force tracks to fit into each other, they are like pieces of a puzzle. The decision has to be made by the content of the tunes, by the form of the piece.

The mix was recorded in my studio. It features music which is either already commercially released, will be released or will continue to be exclusive to this mix. It is a present to the listener who listens. 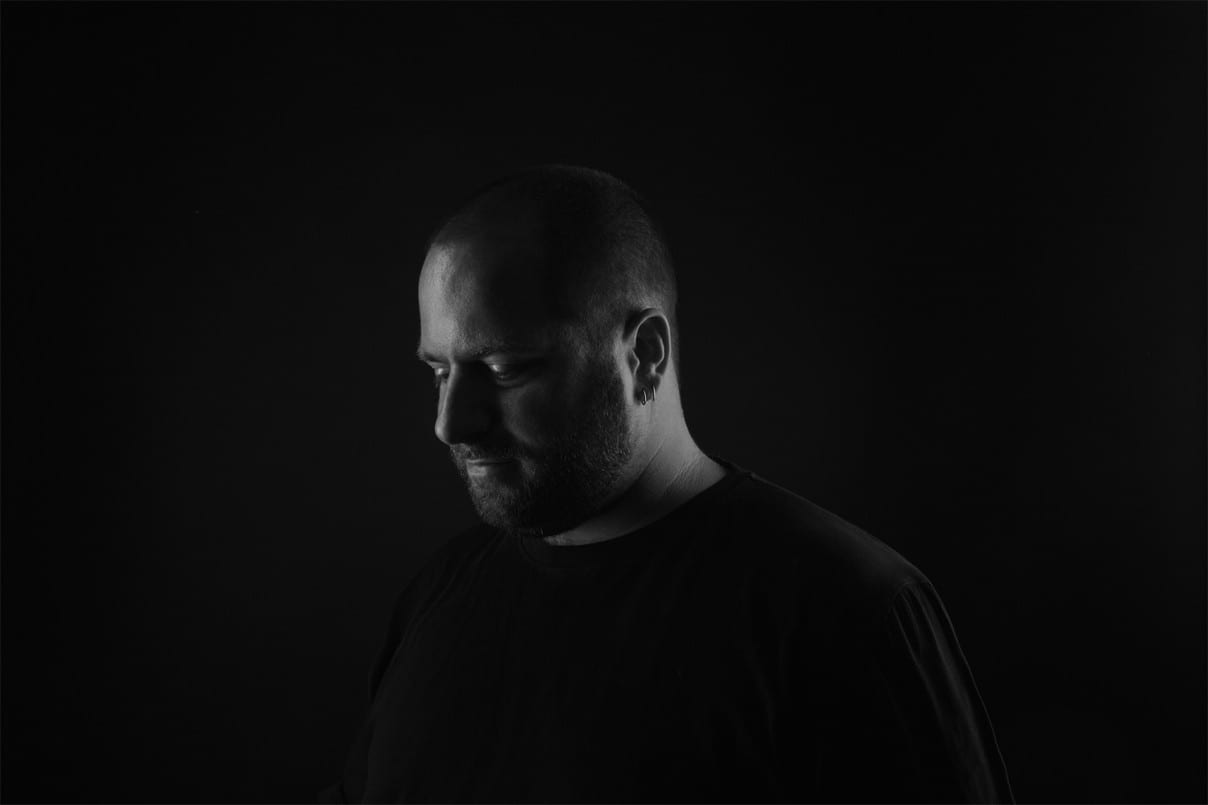 Your new album “The Black Light” was released on 23 November, tell us about the makings of the album and how long you have been working on it?

In terms of technology the whole album was produced inside the box, all sounds you hear are made with computer plugins, there are no machines involved besides the outboard equipment I used for summing the master signal, such as a culture vulture by thermionic culture, a vertigo VSC 2 and a DBX 160sl.

From the first thoughts to the final editing stage it was all done within two months.

Where did you work on the album and did you get any help from anyone else?

I started to work on the album while I was going for walks through fields and forests, having the question in mind of how I wanted it to sound in terms of emotional content. I worked on the translation of the album from the mental to the physical realm in my studio.

I had some assistance from friends once all the scenes were made to find out what the most cohesive track sequence was if you listened to all of them in one go, bearing in mind the physical circumstances of a record, such as the space on it which we do measure in time.

Besides that I had help from the force which guides me through all my life and pervades all life, who or what that is, if it exists for you and how you would call it, I let that open for you! 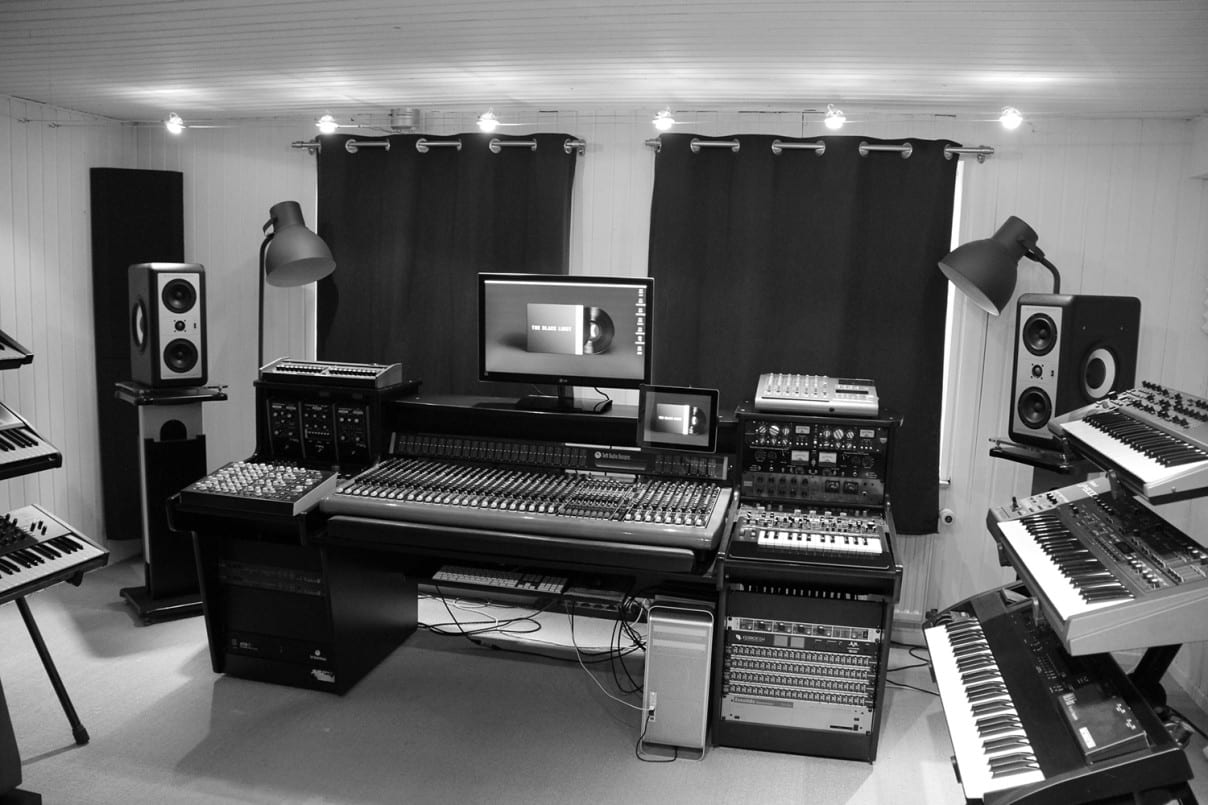 Is there a concept behind the album?

Yes, there is the concept of creating visibility of that which is hidden without its counterpart as the title “The Black Light” implies. This concept formed the idea to create a musical grey area in terms of emotions, where possible expectations collide. Something that has the ability to create intense mental pictures, to create tension by the seemingly contradiction of harmony, the combination of what one would hear as darkness and light.

Now let us transform the word darkness into the word expectation, which is nothing more than objection, an objection which covers that which truly is.

Each track is a ‘Scene’ as opposed to a track. Why is that?

There is no opposition, it has the same essence, but expresses it through a different application, since the music has cinematic qualities and the full album is considered to be the whole film. It needs to be presented to the world through the property of fragmentation into portions. Every moment could be considered a portion of our whole life which is the full movie. I find the word “Scene” most enlightening as it also refers to the section of music these sounds seem to belong to, which is a scene as well. Imagine a multiverse of layers and layers and layers of reality, now take the word scene and look at what you find. 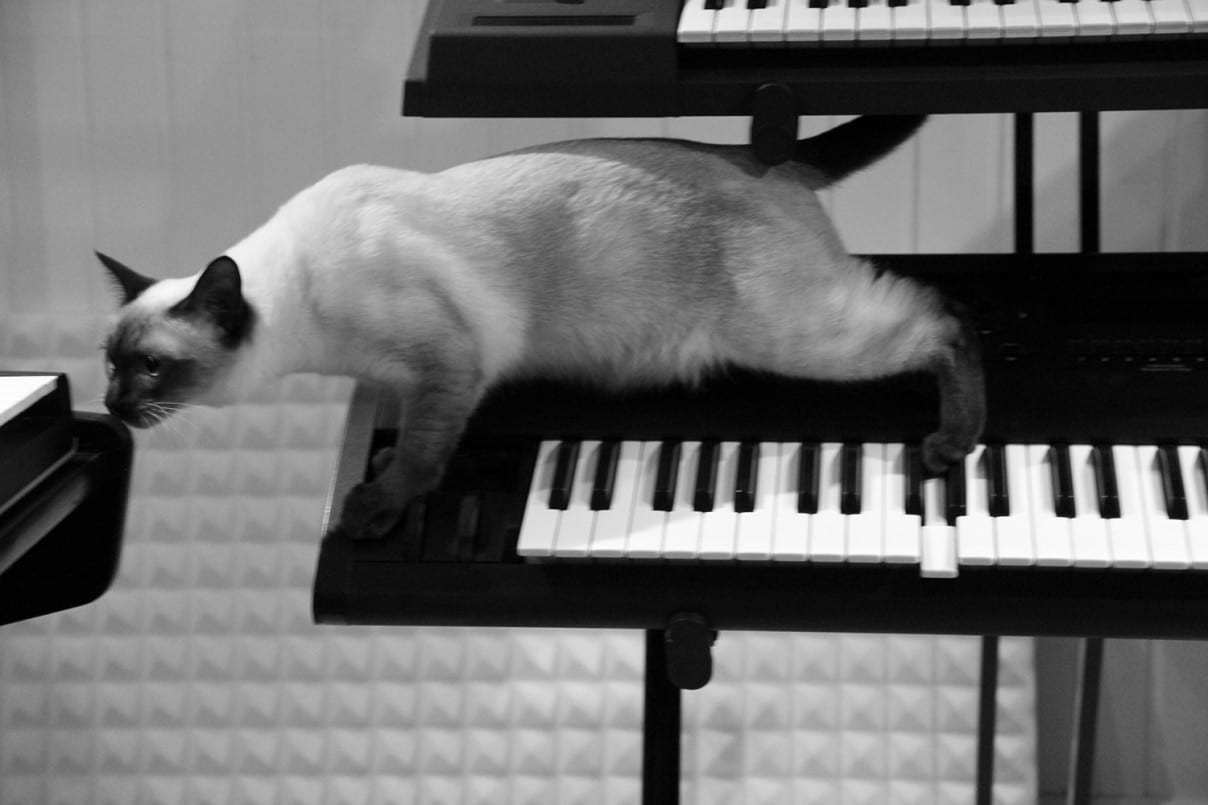 Is this an album that should be listened to in one sitting, or are each scenes for individual moments?

You can listen to it all the way through or listen to one scene right now and wait moments, days, minutes or aeons to listen to another one. You can do that during the day or by night, but I may suggest to listen very closely and to be fully present while hearing. Because of that quality increases. That does not only apply to music and listening though, being fully present is the key to pure enjoyment and the door to creativity.

Of course there is a huge amount of memory in the depths of my being which includes all the experiences of a listener, a dancer, a studio musician and a performing artist, but I cannot extract one or some of these memories in order to give you a stick to hold on. It is all of it plus the emotional intention, which originated after making my mind up before I started to write and the energy, which originated from writing. 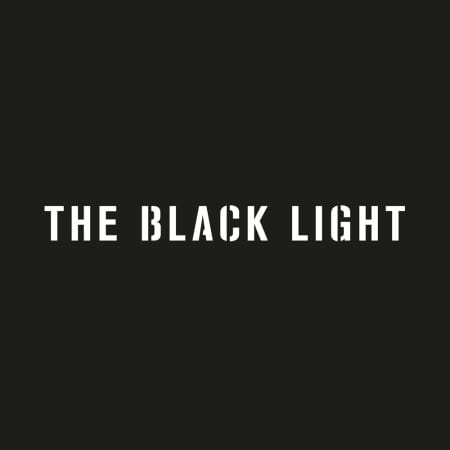 The cover artwork design for The Black Light is void of imagery and context. Why did you decide not to add any graphics, imagery, illustrations or symbolism into the artwork?

You cannot imagine how glad I am that you ask that, this is a true sign of a curious and sharp intellect, which presupposes that the things in life do not happen by chance and you are correct!

The visual and linguistic content is reduced to the absolute minimum because pictures, names and such distract the listener from the absolute freedom to listen to the music without being biased by any mental barriers or mental enhancements which names and pictures provide to the human psyche. That is why I chose to have it this way and it is the reason why we generally have no track names on EXILE. You could say that we are speechless in terms of words and pictures and that our refuge is music, which is indeed a language of its own.

If the album could have been distributed and listed in the physical world fully unnamed I would have done that, but for the reason that there is no such thing as non word based structure in this area the possibility was not given and would have led to huge difficulties which would have been indeed very counterproductive, as if we would have been invisible.

There is symbolism all over it. It is hidden but not anymore if you take a deeper look. 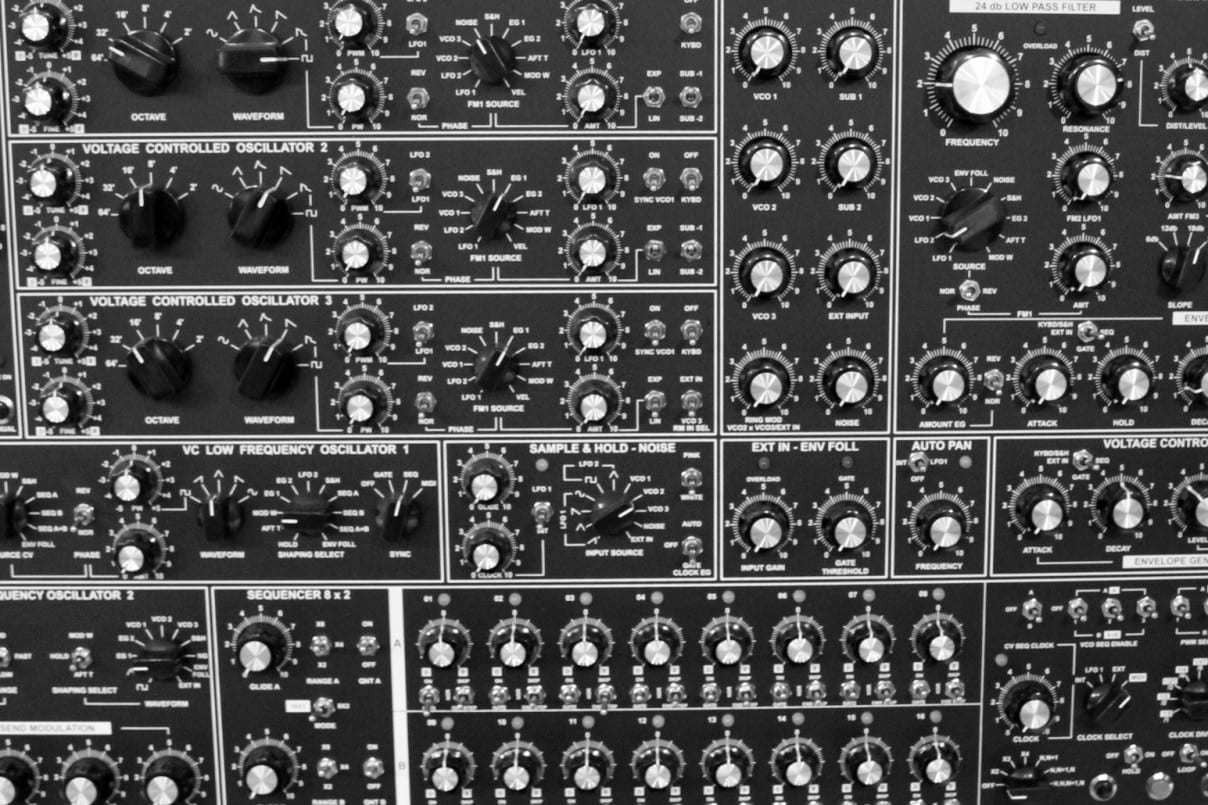 The Black Light was released on your own record label ‘Exile’, which you run alongside Marcus Suckut. What’s next for the label? Do you plan to release music from any other producers?

Markus and I will of course continue our teamwork with more singles to be released and in 2016 it is his turn to drop an album on Exile. We welcome our friend Mikael Jonasson on board; he is such a decent human being and a great artist, which is the foundation of our brotherhood. Another befriended artist will join us as well, but since he has not sent us some tunes until right now, I can’t tell you his name.

Now that the album has been released, what’s your plan? A tour of the album or working on new material and remixes?

Do you have a favorite track off the album? For me it’s ‘Scene Seven’!

For me it is “Scene One”, it reminds me of the magic within the beginning, the glimpse of understanding what it is that is unfolding through the process, the first rays of light.

Nothing besides this: love is the light!

The Black Light is out now on Exile, order a vinyl copy from Decks or digital from Juno.

Discover more about Johannes Heil and Exile on Inverted Audio.