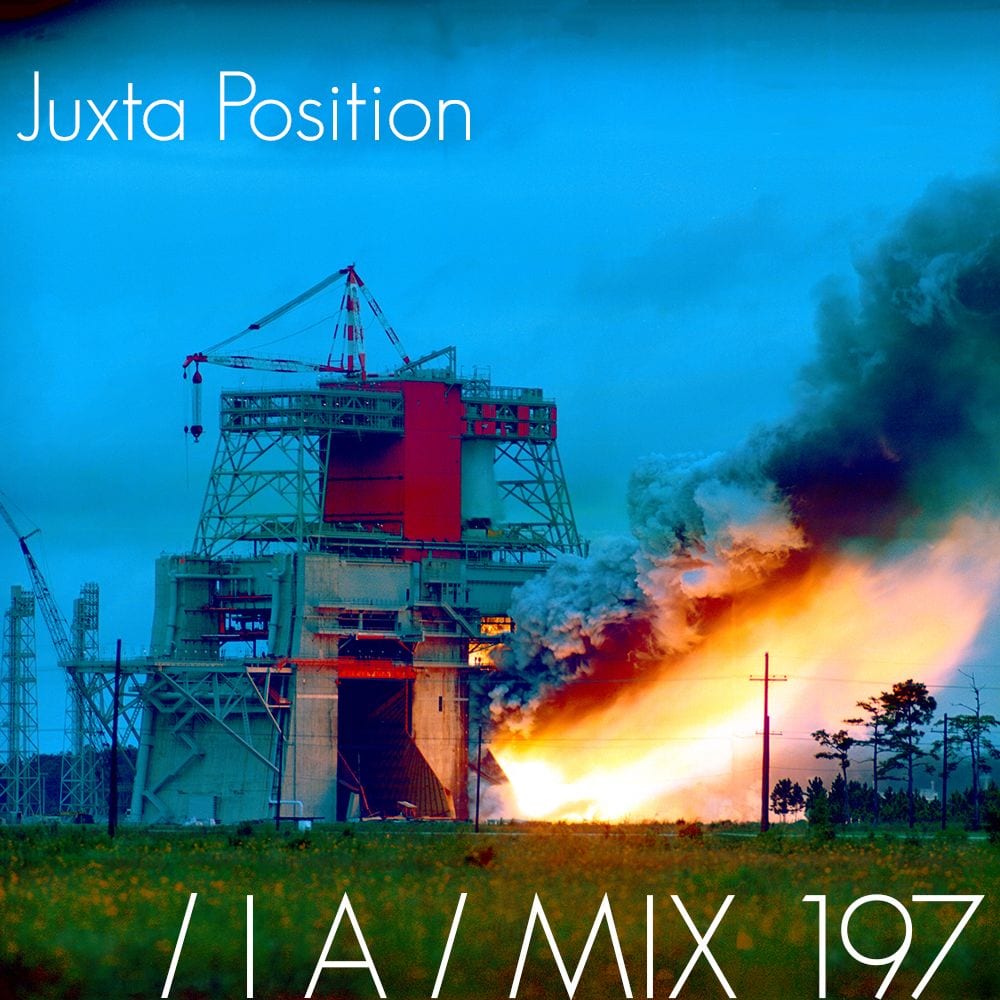 There is a concrete and unyielding divide between the works of Juxta Position and those of Marquis Hawkes. It isn’t Marquis Hawkes doing techno, it is Juxta Position being Juxta Position. For the man behind these works, this is an acutely important distinction, one that is often glossed over or grasped past by a media attuned to the familiar. [Hands up, we did it too.] This is evident in our catch up with Juxta that accompanies this mix as there is fire within his words, as if fighting for a right to exist.

To label Juxta Position as “just techno” would also be a disservice, there is a far greater breadth behind the veneer. Amongst glittering companions and competitors, the Juxta Position ‘Vol 1 EP‘ accrued much adoration. Between the pained title track “Mercy“, claustrophobic subterranean thumper “The Darkness“ and the writing electro of “Mazury“, there was little to fault, if any at all.

Now, Juxta Position returns with a second volume of equal quality. “Speaking In Tongues” rolls breakbeats and paranoid synths, “Pacemaker“ and “SweatBox“ does traditional bleep techno as it is done best, and Reincarnate hits the mark with electro through the eyes of future manga.

With the second volume imminent, Juxta Position took the time to talk to us about his mix and motivations behind his music.

Tell us about your mix – how did you approach it?

When I buy house records, I buy techno records sometimes also, and I have quite a large collection of techno records. So for me, this was an opportunity to play that stuff for once, and kind of try to show a different side of electronic music, which I personally feel techno can be.

Too often I think, it’s predictable sequences or drum patterns, and I have to say I often find it hard with a lot of techno to really hear something original or captivating in there, but it does still certainly happen from time to time, and when I hear a record that has that, I have to buy it. I mean, I’m not the kind of person to be restricted by or even think in the terms of genres, I just feel when a record has a colder vibe, a warmer vibe, more funky, more glitchy or whatever.

So yeah, I went through a big pile of new records I almost never play, I went through my whole collection and picked out some older more classic pieces, and yeah, took it from there really. 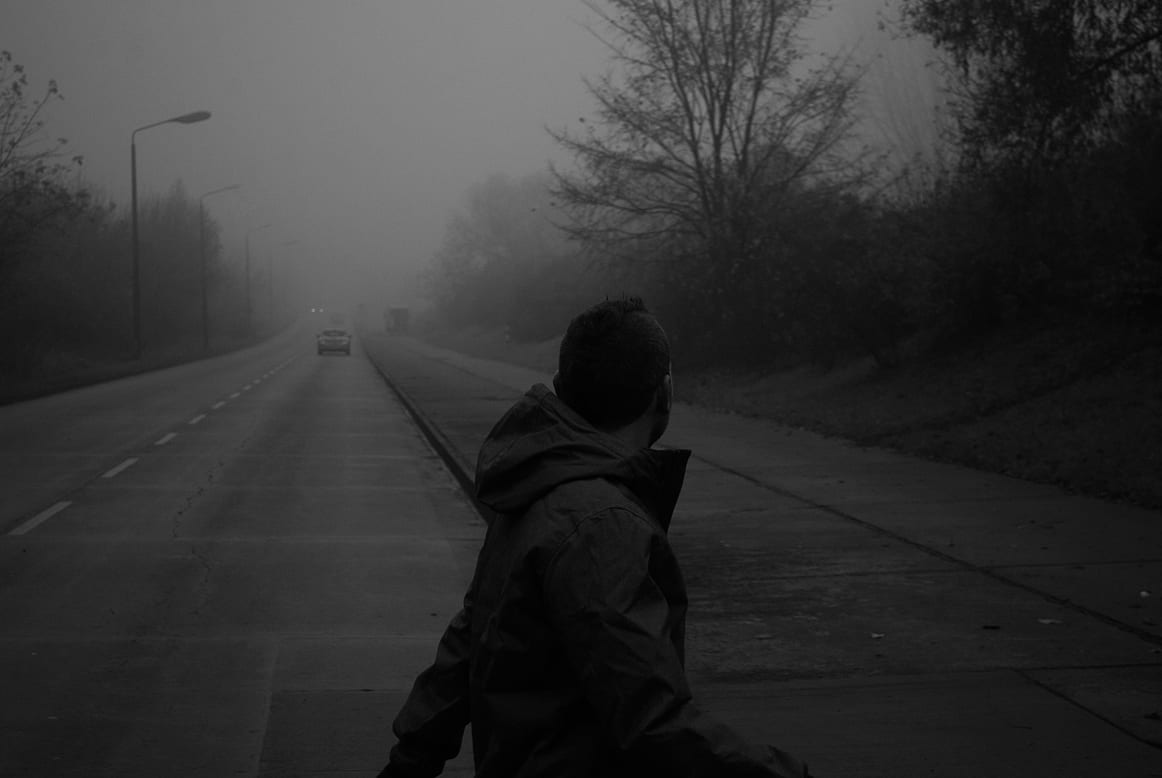 Could you see yourself playing out live as Juxta Position or do you prefer to go for an anything goes approach?

I played many techno live sets years ago, and I was never satisfied with how it sounded. Over the past few years I got into digging in a very big way, and to be honest, I generally prefer to play out other peoples’ works rather than my own, and I like to have the freedom to go in a different direction if I feel a crowd isn’t getting it, which is something I never felt I could do as effectively in a so-called “live” context.

Juxta Position is your techno orientated alias. Why did you decide you wanted to split it away from your other works?

Because it’s different. It sounds totally different, the influences are different. my work wouldn’t be cohesive, and I don’t think people would be able to identify with the different sides of my music if I tried to do it all under one name.

I mean we actually banned that as it goes, to stop it happening, and any promotor doing that is going to get pretty short thrift from us as we consider it a misrepresentation, and it’s a cheap promo shot in my mind also. A cheap shot which doesn’t respect the stylistic differences.

I’m never gonna play a Masters At Work track in a Juxta Position set, and I’m never gonna play a J Tijn or Etapp Kyle track in a Marquis Hawkes set. There are some tracks which overlap of course, and maybe some exceptions to the rule sometimes, but I like to have these boundaries, these personal restrictions between the two different projects, particularly when I play, because more than anything, I don’t want people to be disappointed, and I want them to have at least some idea of what they are going to get when my taste in music generally is so broad. But as a DJ, Juxta Position is definitely far more focussed on one type of sound compared to the eclecticism of Marquis Hawkes.

There may be Juxta Position tracks which might have had a vague root in starting out as a Marquis Hawkes track, like “Mercy” for example, that originally started out I guess as making a track which was kind of on a bit of a Florian Kupfer or Creme Organisation kind of vibe, but Zak (DVS1) heard it and was really into it, so then it was going to be paired up with the other 2 tracks for the EP, so it got cleaned up, made to sound smoother, less distortion until it just wasn’t in my mind sounding like a Marquis Hawkes track at all anymore.

I think in many ways that track defined Juxta Position as a project, and highlighted to me personally the differences in production style between the two things. That you could have something of a similar tempo or strength which actually sounded totally different because of the aesthetic. It’s like having a matte or gloss finish a bit I guess.

What would you say your reference tracks would be in regards to tackling techno? Works that you look towards as benchmarks, inspiration.

The big ones for me really I think are like early Disko B, like DJ Hell “Totmacher“, early Ferox Records, Basic Channel, old things like that, but the occasional new thing. J-Tijn, I like what he does, I always buy his records on sight.

Surgeon has always been on point for me, but I should point out also, I was listening to Tony Surgeon playing at House Of God back in 1996, Regis, Paul Damage, Female, all of those guys from around Birmingham.

I wouldn’t say I have any particular benchmarks in particular regarding the Juxta Position sound because personally I find at least some of my work, the slower stuff anyway, as quite unique, I don’t really hear much other stuff around like that. 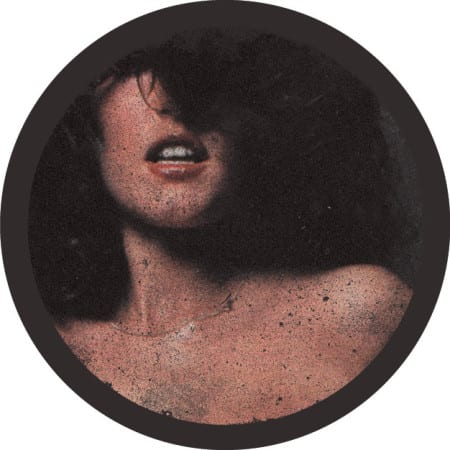 Juxta Position has its home on Mistress, how did this collaboration come about?

Well, I used to work as the sound engineer in a club here in Berlin, Adam X was playing there one night, and had brought a bit of an entourage with him, including DJ Spider and a certain Zak Khutoretsky (DVS1).

Zak and I got talking and it turned out we had a mutual friend (Paul Birken) in Minneapolis. I had some techno tracks at the time which I thought he might like, just to play you understand, I mean, he was talking about doing a house label at the time, plus I’d been sat on some of this stuff for a couple of years by this point, I thought if someone was going to release it, it would have happened already. So I gave him the tracks as I thought they could maybe work for him in a set sometimes.

A few months passed and I had thought nothing further of it, I had a lot of things developing with my other project so I was focussed on that, and as I say, I gave him the tracks just to play, no further expectations really, but he gets back in touch after a while and is like “hey, would you be interested in releasing these?”.

He had two trax he was really into from what I gave him. So I guess he said something like “Keep sending me stuff”. I actually only played him “Mercy” originally just to show him what I was working on more generally, rather than really thinking it was going to be a track he wanted to release, but as I say, it was super raw originally, kinda L.I.E.S. style, but he loved it but just wanted something a bit cleaner, and I really think in that process of cleaning the track up, it really defined at least once facet of the Juxta Position sound, because I think within Juxta Position, there’s like 3 or 4 different sounds to be honest.