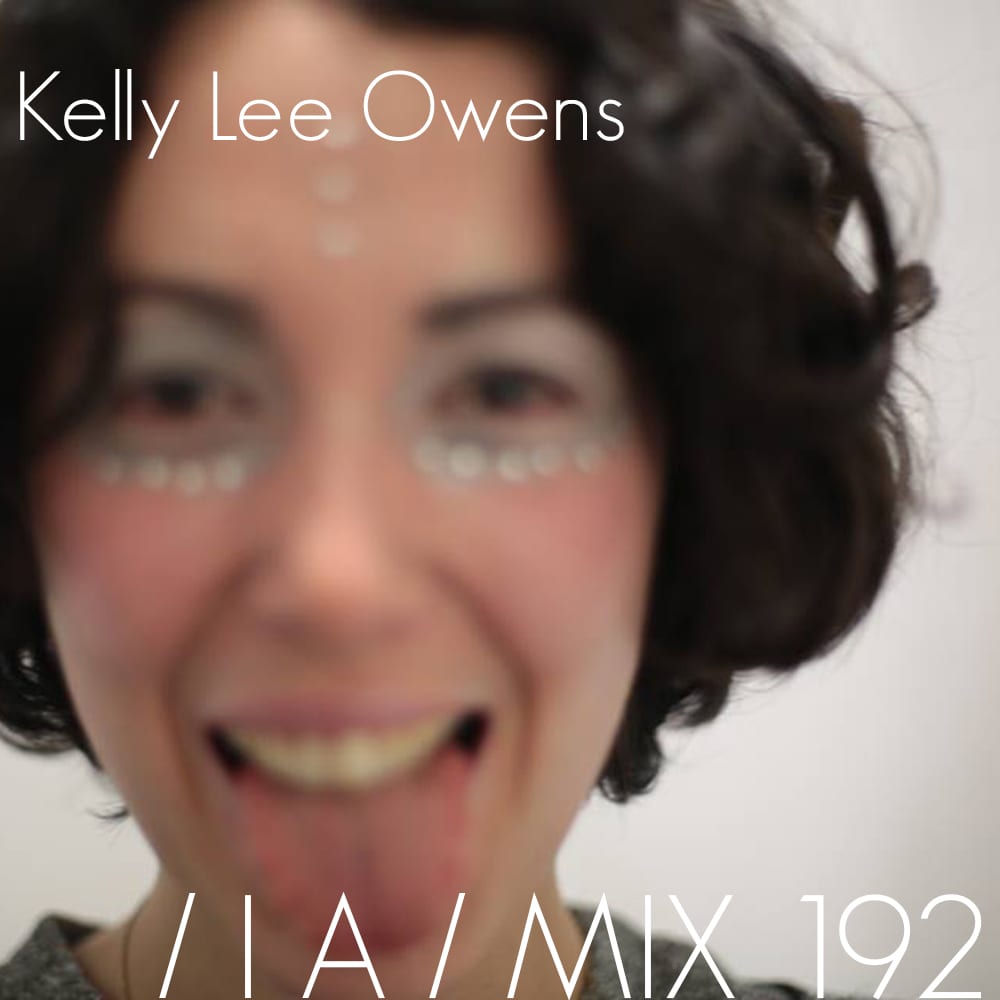 Riding high, Kelly Lee Owens has had the fantasy path into the spotlight; working in some of the capital’s most iconic record stores, locking herself behind closed doors to solely craft a debut album, performing in beautiful boutique locations and pressing her own releases. If one was so inclined, you could say it was the Phantasy path; Kelly’s time in the now closed ‘Pure Groove Records’ was spent manning the counter with Daniel Avery and Ghost Culture’s James Greenwood. Being the proverbial melting pot, you will have already heard Kelly’s vocals across Avery’s “Drone Logic” long player, and Greenwood was the catalyst from Kelly to stride into solo action.

With her debut incubating and nearing release off the back of a trio of excellent tasters – “Lucid / Arthur” and “Uncertain” – Owens has been taking the time to indulge. Boutique live performances for play and travel for rest, there has still been time for work; a remix for Norwegian artist Jenny Hval was quickly hailed by Pitchfork as “Best New Music.” It’s easy to see that, underneath it all, Kelly is a fan of music through and through, with tastes that vary from the grittiest club fare into wispy shoegaze pop. So with a small window of opportunity, we took the chance to get a few questions in, alongside with a mix request, to find out a bit more about the world of Kelly Lee Owens.

I just noted that your edit for Jenny Hval was labelled as “best new music” over on Pitchfork. What drew you to doing this edit in the first place?

I was introduced to Jenny via Joakim of Smalltown Supersound, he knew her from Norway and had heard my rework of ‘Lucid‘ and loved it. Jenny’s work had never been reworked and I had never reworked anyone else’s music, so for both of us it was exciting.

Her attitude was incredibly freeing in that she told me “the only rule is that there are no rules” – I was sent her album & told I could pick any track I wanted. So listening to the opening track ‘Kingsize‘, I decided the most interesting thing I could do would be to write the music and use her vocals as a sample; make it clubby & have fun with it! It’s not everyday you get to make a track with the line “What is soft dick rock?” in it. When she heard it, she loved it. I can’t wait to rework and remix more tracks in the future! 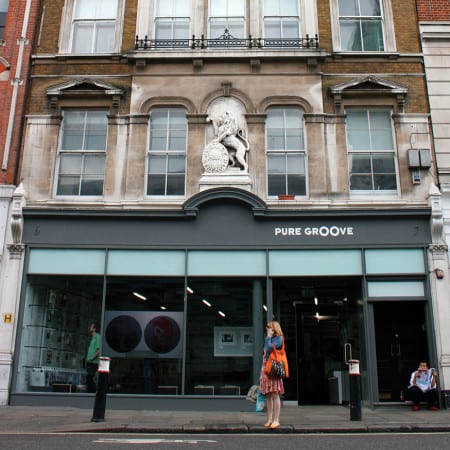 I’ve got a rather romantic notion of working in a record shop; propping up the counter chatting tracks with the punters. What was your time at Pure Groove Records like? Was it a challenge competition with a consumer base that was pushing towards the digital?

Pure Groove was magic! I got to see bands and DJ’s play live there almost everyday… chat about music & drink tea with Andrew Weatherall. I met so many interesting characters there. Being exposed to that much live & recorded music everyday taught me A LOT. Same at Rough Trade East & Sister Ray. I’ve been lucky to work at some of the finest record stores!

Pure Groove closed due to landlord and sound issues, which is a shame… it’s what’s killing the London music scene now, as well as the current government and their idea of what London represents. But that’s another conversation, for another time. 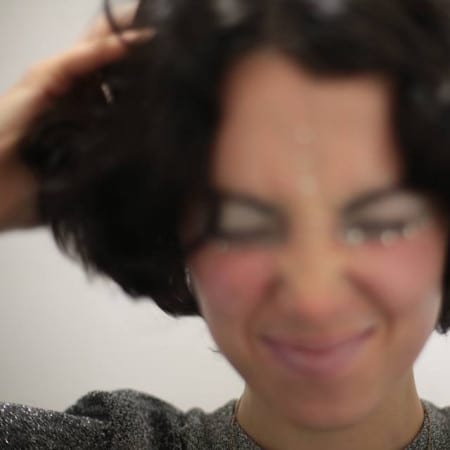 Your time in the store was spent with Daniel Avery and Ghost Culture. Was it a little collaborative hotbed of ideas about what you were going to do in music before you all hit it big?

Haha, something like that. We definitely all had discussed what we wanted or hoped to achieve as artists, DJ’s, producers in our own right in the future over a slice or 5 of Papa Johns pizza.

The fact we all ended up working together on Dan’s first record is something I’ll always be proud of. There’s something magical that happens when we’re in a room writing and producing together, which was totally unexpected. It paved my interest in analogue production.

We all share a studio together now, down by the water, which I’m really grateful for. The equipment we’re gathering together is insane, including a real 808. The first thing I ever wrote and recorded on that 808 is actually going to be a track on my album!

What are your thoughts on Record Store Day; a celebration of the format and the sellers or a rapidly commercialised event being exploited by the majors?

I’m kinda torn these days in how I feel about it. It’s no doubt saved many record shops over the years y’know? Literally, without Record Store Day 3, 4 or 5 years ago, some stores wouldn’t have survived. So personally I’m grateful that it existed then! From the perspective of an independent artist though, I feel differently.

It seems like bad news for independent artists and labels since it’s become more commercialised. If you want to get something pressed up and released as an indie artist around record store day you have no chance, plants are clogged up and no new ones are opening since record sales have rocketed. It’s tough! 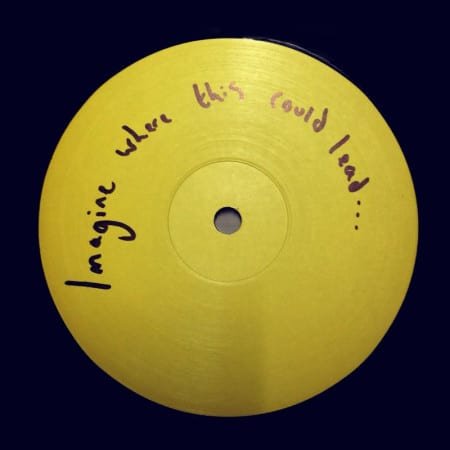 Talking of pressing up your own records; intriguingly, your 12″ releases are tagged as “Not On Label” over at Discogs. What is your vision for your physical releases?

I love the fact you checked me out on Discogs. The fact I’m on there is an achievement to me… a geeky one at that, but still… when someone put one of my 12″ records on there I was SO happy. Like “YES! I’ve made it to the collector world.” I think I was quite conscious of that when I pressed up limited vinyl, I always wanted to have something white label that might be precious to the people who have it in years to come.

But for the album I’m hoping to release it with the right team of people of around me. I’m currently building that up at the moment, which is exciting! I should have some announcements to make over the next month or so!

Uncertain and the club reworking of Lucid are really polar opposites in terms of mood, further extrapolated by this mix of two distinct halves that you’ve made for us. What are the inspirations behind your music?

Well, I guess I’m just like most other music fans; I’m not into just one genre of music and that shows in my music. Every song ever written has the potential to be reworked in an entirely different way and that excites me!

I don’t think anyone should limit themselves or put themselves in a box. Surprising people and yourself is the thing that propels you forward I feel. I personally like to show people different sides of myself, musically speaking. Like I said earlier, working in record stores has exposed me to so much amazing music, it would be nuts not to explore all my favourite elements! 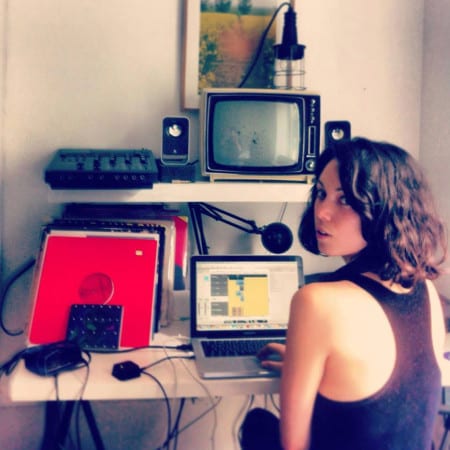 I’m not sure about a ‘scene’ as such. Maybe I’m a bit out the loop at the moment, but I think there seems to be a healthy amount of interesting independent artists coming through.

People have several ways to get their music heard without a label being involved, which means there’s a lot out there. It gives artists an immediate platform, which is important. That’s why I self-released initially. I didn’t want to wait around for someone to tell me it was good enough to release.

It was bloody hard work, but now I understand down to the last detail, how it all works. It means when the right label and offer comes along, you can actually appreciate all the hard work and things that go into releasing something. So it’s a two-way street, an exchange of respect and ideas.

I think labels are realising if they actually want success long term they have to develop and support artists. The longevity aspect is so important to me, I’m not after a quick fix. I’m happy to take my time and keep working hard. My first album is just the beginning of what I have to offer..

You were over in Los Angeles recently. What took you to the bay: work, rest or play?

Mostly play! I have family who live out there, so I went to catch up with them and also went to see friends in LA. I had the BEST time in LA! The energy there is addictive; everyone’s open to collaboration, so everything feels possible. I met with a producer while I was there and we may work together on the next record. Can’t say who it is yet, but let’s see!

Either way it’s great that I’m in a way more open mindset about working with other people for the second record. It was really important to me for the first one to do as much as possible myself. I was determined to make a truly solo record, haha. Saying that, without James [Ghost Culture] I wouldn’t have finished or started a thing. His patience and ability to engineer my record has been a true blessing. I owe him a lot. 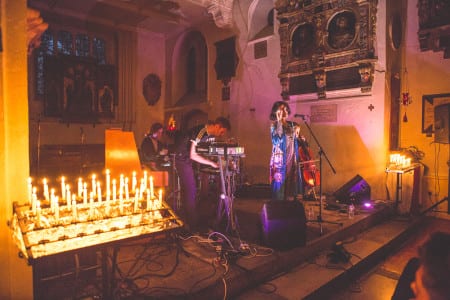 Your live show in St. Pancras Church looked stunning! Any more plans for performances in unique locations in the future?

Thanks! I would LOVE to play some weirder venues in the future, to make my shows as much of an experience as possible. I want people to feel like they’re entering my world a little bit, to be immersed. So, yeah, once I play more headline shows next year and I’m hoping I can make that happen. In fact, me and my booking agency discussed ideas this morning, so expect the next headline show to be announced in the coming months!

And what lies in the future for the Kelly Lee Owens songwriting machine?

Finishing up my album production ready for it to be mixed and mastered, writing and performing vocals for other artists, hopefully remixing more tracks and starting work on the second record as soon as possible. My mind is brimming with ideas!