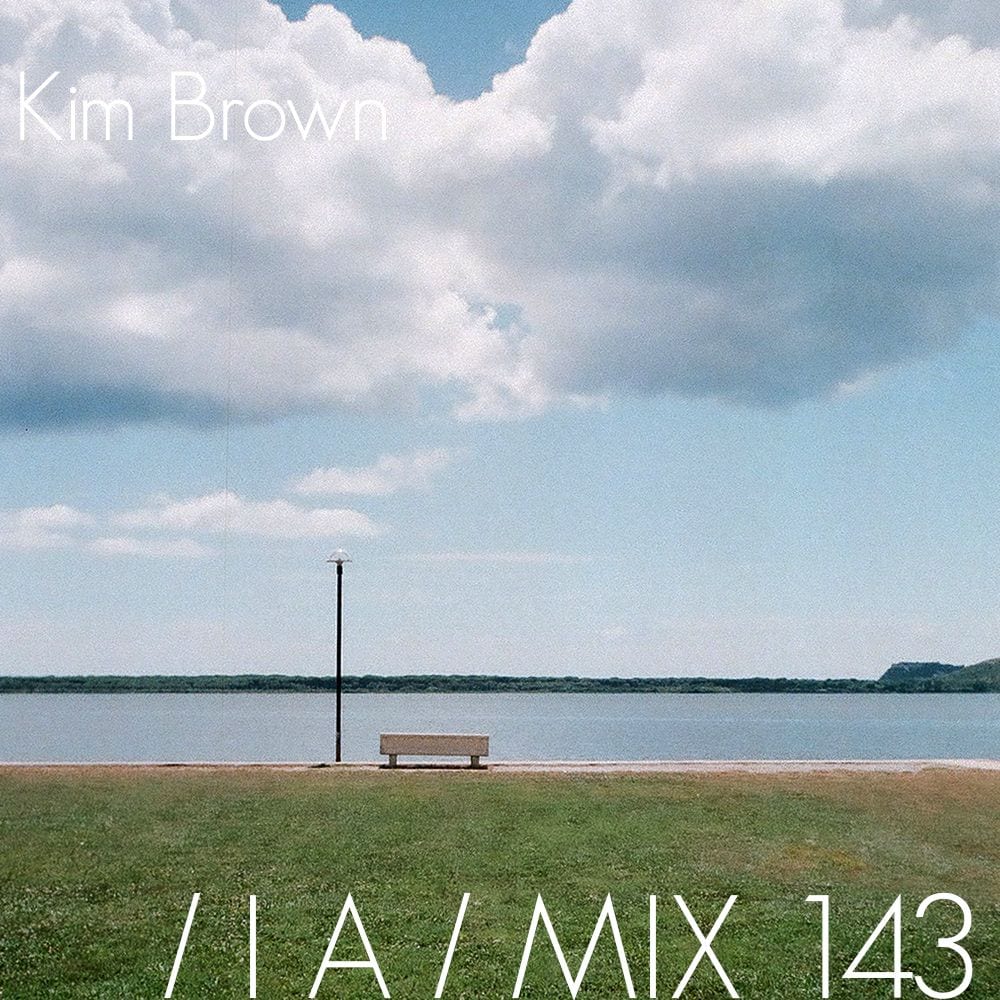 Kim Brown are a production duo based in Berlin made up of Julian Braun and Ji-Hun Kim. Following our deep house introspective feature about their debut album ‘Somewhere Else It’s Going To Be Good‘ we caught up with them to discuss their new record ‘Batteries Not Included‘ as well as their journey into electronic music, meeting at MTV Germany, living in Berlin, working in the studio and their views on London. Their mix features music from Aroy Dee, Map.ache, Jakob Korn, Oskar Offermann and many more.

Hi guys thanks for recording your mix – can you please tell us about the mix, how it was made, the tracks you’ve included and the overall atmosphere you’ve created in it?

Julian: There is not really a concept behind it, we just picked tracks that we really like at the moment and thought would fit together. We recorded it in our studio on a sunny Friday afternoon.

Ji-Hun: As it’s at least 30 degrees in Berlin “summer” might be one of the main influences. I would say it’s a mix, which should be listened to outdoors.

You’ve recently released a new EP ‘Batteries Not Included’ – tell us about this new EP, where it was made and what it means to you both?

Ji-Hun: Sean Brosnan, who is running the label Needwant, actually asked us a long time ago if we’d like to release something for his label. That was shortly after our first releases on “Just Another Beat”. But during that time, we were already planning our album, so it took a while until we could finish our tracks for him. Finally we made it this summer and really enjoyed working with him and his team.

Julian: We produced the tracks in our small studio in Kreuzberg, Berlin. One of the tracks we had lying around unfinshed for a while. “Other People’s Space” is based on a track we did a while ago, but weren’t quite happy with. So we just kept a few elements and basically redid the whole thing. Even though the tracks were produced in a colder period of the year, we feel it fits very well with the weather when it was actually released.

Apart from that what else have you been working on since you released your album in 2013?

Ji-Hun: After the album came out, we did a remix for Grandbrothers, which came out in January. Then there is a remix for an older track by Dan Curtin called “The Path” which will be released on Healing Company soon.

Julian: Apart from that, preparing our live set was pretty time consuming, at times almost depressing, but in the end a lot of fun and rewarding.

Tell me how the two of you first met?

Julian: We were both doing an internship at MTV Germany back in 2005.

What was it that provoked the two of you to start experimenting with music and ultimately start working together?

Ji-Hun: We met again two years later through a mutual friend and realized we shared a similar taste in music. So we started DJing a bit together. Later, we decided to make some music. We found out that we perfectly fit together. Musically and on a friendly basis.

What are your musical backgrounds? Are you classically trained or is it a case of trial + error experimentation?

Julian: I have more of a self-taught background in music production and started playing around with Logic around 2000. And I got into DJing around 1998.

Ji-Hun: As a child I learned some instruments. Whilst being a teenager, I used to play in several indie bands. Later, i studied musicology and worked as a music journalist. I also started DJing in the late 90ies.

You’re both based in Berlin, who do you hang out with and where are your favourite spots?

Julian: We wouldn’t really see us as part of some scene in Berlin, though we are friends with people like Quarion, the Session Victim guys and the Get Deep crew. We like the about:blank garden a lot in the summertime. You can have magical moments there.

We analysed your album back in our introspective series – Looking back at that album what would you say were the most defining and treasured moments of writing that album?

Julian: Most of the production took place in Denmark in a cozy cabin. We spent a week there and set the foundation for the album. We took long walks through the dunes and by the ocean, had a meal and started producing.

Ji-Hun: One defining moment was the silence around. We haven’t seen another person for days. Friends of us asked us why we didn’t go to another city like Barcelona or London. I think the absence of distraction was important.

A lot of people have been asking where the photograph for Somewhere Else It’s Going To Be Good is taken from. Can you please explain the mystery behind the roller coaster?

Contrary to what a lot of people think it’s not in Asia. It’s a theme park in Barcelona called Tibidabo. A friend of ours Fabian Zapatka shot the picture during his travels.

Tell me about how you two work together on music? Who works on what? Do you share a studio or work separately?

Ji-Hun: We share a studio and always make music together. Sometimes, I prepare some chord progressions or simple song ideas, which we work on together.

Julian: Sometimes I would do some mixing and finishing on my own. Apart from that, always together.

Apart from music what else do you get up to?

Julian: I work as a freelance motion and graphic designer for a couple of agencies.

Ji-Hun: I work as a journalist and editor. With some friends of mine I started a new online magazine called “Das Filter”.

What’s your experience of London? Have you spent much time here? What are the good / bad things about the city?

Julian: We played in London in May with the Needwant guys. Before that I hadn’t been there since 1997. Ji-Hun knows London much better. Judging from that experience I found people to be quite open minded in terms of music. Rather strict laws when it comes to opening hours are something a Berliner would have to get used to.

Ji-Hun: Some friends of mine live or used to live in London that’s why I visited the city for a couple of times. For me, London is one of the best cities in the world. Beside the fact the infrastructure is a mess and the mass surveillance makes me feel uncomfortable. But it still is the cradle of pop culture, what else to say?

Do you have any other releases scheduled for 2014?

Julian: At the moment, there are no bigger releases planned this year. We have some remix requests we have to sort out. Sometimes we are thinking of another album. But this will take a while, but maybe next year?

What other producers or records are you into at the moment?

Ji-Hun: As being a music journalist I have to listen to a lot of electronic music. But when not working, DJing or producing, I mostly listen to non-club music. Older bands like Lambchop, Karate, Belle & Sebastian, piano music or beats by Madlib and MF Doom. I’d say we both like the new album by Lone.

Julian: Yes, we do both like Lone. As far as non-club music is concernded I’ve been listening to Hauschka and Ta-Ku quite a bit. House music wise: Floating Points, Orson Wells and stuff on the small imprint Blind Jack’s Journey.

Kim Brown ‘Batteries Not Included’ EP is out now on Needwant. Order a vinyl copy here.

Discover more about Kim Brown and Needwant on Inverted Audio.