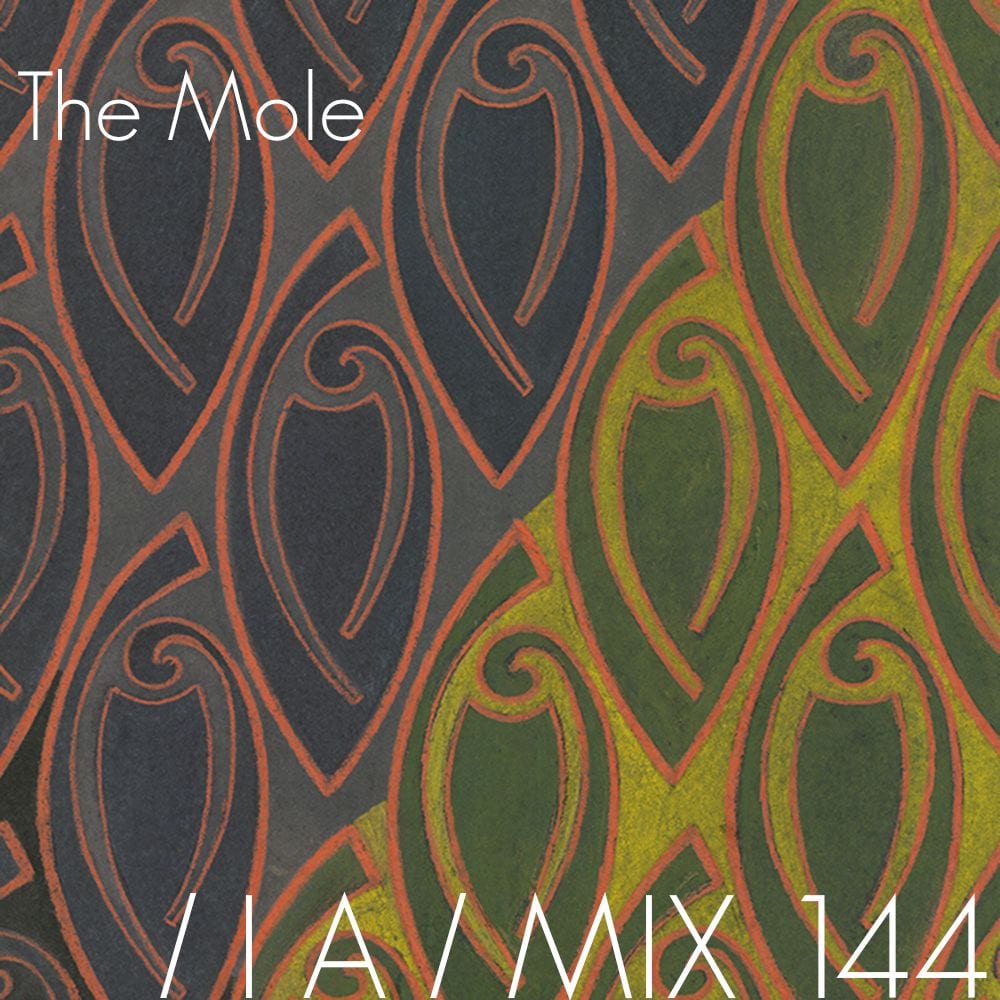 The Mole is the alias of Colin de la Plante. Originally from Canada, Colin is now based in Berlin, where almost every electronic producer is living. With releases spanning from Perlon to Vitalik, Wagon Repair to New Kanada it’s hard to pin down where exactly The Mole calls home. We caught up with Colin to speak to him about his music musical heritage as well as his heavily rotated ‘History Of Dates‘ EP released in 2013 on Perlon, which also featured Terre Thamlitz’s stunning “Sprinkles’ Crossfaderama” remix on the flip. The mix was recorded live in a club using vinyl only, featuring music from Moodymann, Theo Parrish, Anthony Shakir, Guillaume & The Coutu Dumonts and many more.

Hi Colin, thanks for recording your mix for IA. Can you tell me more about the mix, the tracks you’ve included, how it was recorded and where / when it was made? Is there an overall atmosphere to the mix?

This mix was recorded live at a club. The most underground club on the most overground party island in our scene I’d wager… played with records, you can hear the surface noise of the especially loved discs.

The live aspect explains why there are three Moodymann songs on there… I guess I hit something and stuck with it. I remember the night being a lot of fun. There were a lot of British people in the room, though we weren’t in the commonwealth.

I’d like to take a moment here to say what a bummer it is that the queen is on my Canadian money, that she’s up in government offices and police stations all over Canada, but I still have a problems getting into the country… but that has nothing to do with the mix.

Yeah this was a party… some fancy dress… animals and such… and it was hot out… hot nights.

What are your three most treasured albums of all time and why?

I find this whole desert island question really difficult. Sort of like the ‘what do you do’ question you get sometimes at weddings. It can be answered really easily. What’s going on? Songs in the key of life. Repeater. … or… I’m a DJ… but it’s kind of like those questionnaires in toilets – how was your experience? Sad face – medium face – happy face…what if I want to cry because of the things I’ve seen during that toilet visit? Where’s that emoticon? Easy answer is sad face… so my three albums change every time you ask me… in the time since I started this question I’ve already changed to Led Zeppelin, Dark Side Of The Moon – Donny and Roberta – BB King Live At The Regal – Music For 18 Musicians – Teddy’s first – headhunters – anything meters – bizarre ride to the pharcyde … it just keeps flowing

When you were a kid, what/who got you interested in music?

What’s the quote? I got into this for the girls…anyone who tells you otherwise are lying!

Where are you at the moment and what are you currently working on in the studio?

I’m at a very cool, summer camp kind of thing in Utrecht. It’s part of a festival I’m playing at later today. I’ve never seen anything like it. They’ve invited a ton of artist and given us semi free reign on an old concert venue that’s being converted into a studio… they filled the place with synths and instruments of all kinds, and said have fun… it’s the best camp experience I’ve had, and remember I grew up on the west coast of Canada, so I’ve had some stellar camp time. The whole vibe was very free and there were a lot of new experiences… jamming with new people, organ jams. Late night freak outs on the vibes … some very fun stuff.

In terms of goals during this time, everyone had they’re own program and expectations. I kept mine very simple; choosing to go with the flow, see where the people and the day brought me. I ended up doing a lot of jamming, working out ideas with new people, and generally doing what music is supposed to do, recorded or not, celebrate life.

Last year you released ‘History Of Dates’ on Perlon, one of the most heavily rotated 12”s of 2013. Tell me about the two tracks, where did you write the two tracks and what did you have in mind whilst writing them?

You know… I can’t really answer this one… it’s been so long now that I can’t actually remember. It’s as though it was from another time, another place, another, maybe cooler, mole.

Do you have a particular place or environment that you prefer to write music in?

I’m a studio man. I like to go into the studio and turn off the phone. There’s no Internet so I don’t have to worry about that. I like to disappear in the gear and hopefully find something new hiding in there.

How did you get involved with Zip and Markus Nikolai’s label Perlon? Do you plan to release anything else on the label?

Z-man’s been a friend for years. He was one of the first to bring me to Berlin, played his and Sammy’s night ‘Get Perlonized’. What a great experience. It was my first time there, and my first time hearing Dan Bell DJ…. I stayed until the end, that’s how much fun I had…. at the time Zip said I was the only non-Perlon guy to play the night, so I’d have to do a record…. only took us, well it wasn’t quite a decade… I think.

How did the DJ Sprinkles remix come to fruition? Are you good friends with Terre Thaemlitz?

I just briefly met Terre at a Get Perlonised night this year… Zip was the push behind all this. He gets the hat and the cake too and boy oh boy did Terre ever hit it out of the park on that one.

What happened to Wagon Repair? It was a bastion for Canadian electronic music, is the label still operating? Seems a shame that it’s no longer operating.

Who do you tend to hang out the most with in Berlin? Where are your favourite hang out spots in the city?

You know that song I love to love, but my baby loves to dance? The addicts call it bass-chiropractic.

If you weren’t a musician what would you be doing with your life?

When I go home I often get the question – how long can it last? Because this sort of musician’s life is quite difficult to live in Canada. We make a lot of talent, but the support is rarely there. It’s just too darn cold!

So in a way this question also asks – what would I be doing if I never left Canada?

Sadly this makes me think about Fidel Castro and Cuba and whether or not he’s still alive and how cool it was that so long ago he apologized, in advance, to his people for dying… maybe a good chance for me to also apologize to all of you, or any of you that I might let down when I die… sorry, but I just can’t be here forever.

The funny thing is, being a musician, or living off this music thing, which I think may actually be the subject of this, well it doesn’t mean I know any better what I’m doing with my life… but then we’re back to that awkward moment when the person next to you on the plane says – so what do you do?

Discover more about The Mole and Perlon on Inverted Audio.