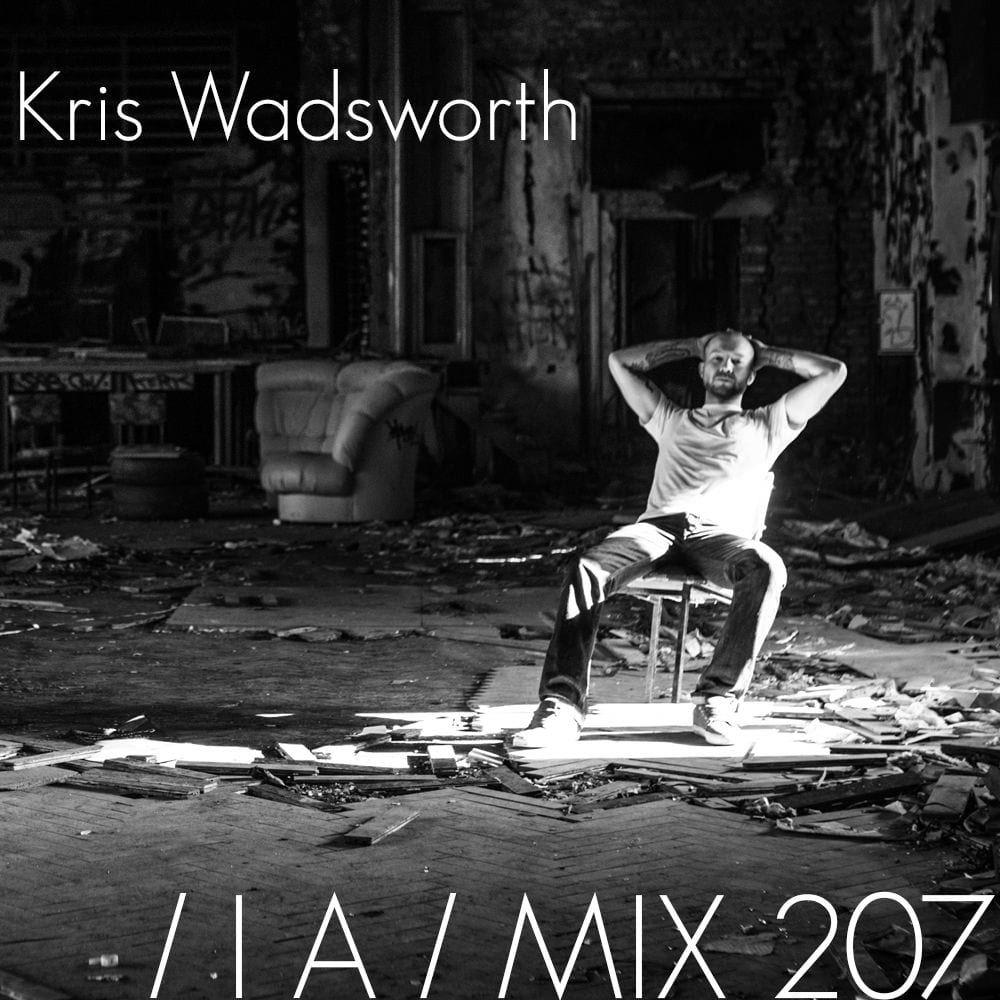 Expert in the art of bending bodies and minds with a tailor-made array of muggy 4/4 salvos, Detroit-via-Berlin techno operator Kris Wadsworth serves up a deep and moody hour-long cocktail of helicoid grooves for warehouse-scale dancefloors. We took a chance to find out more about his current mindset, collaboration with Jimmy Edgar’s Ultramajic and acclaimed Uranus series. 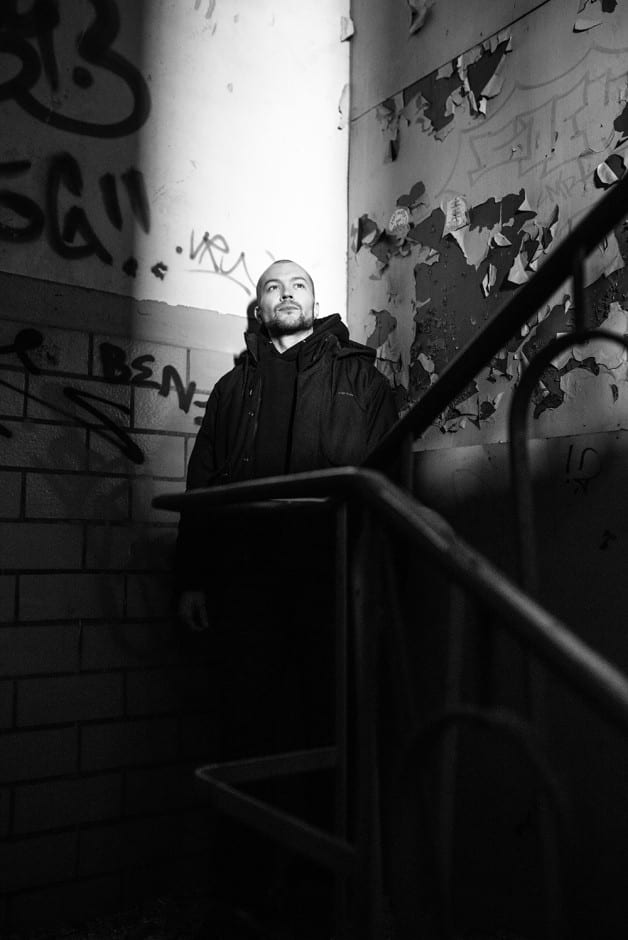 Hi Kris, thanks for taking the time to record this mix. Tell us about the podcast, when and how it was recorded and what you feeling when you made it?

Thank you for having me. The mix was recorded at home, all vinyl, I guess just felt like making something cool to listen to. Needed an escape, had some music in my head.

Where are you right now and what have been up to recently, which hasn’t been music related?

I’m in Berlin, just got home from Paris. Non-music stuff…I don’t know…I don’t really do much aside from music. I should probably work out or whatever people do, but I don’t. Reading, studying things, listening to music, cooking, hanging out with friends, mostly normal life stuff.

Over the past three years you have released six records through your own imprint URANUS. An interesting label name to say the least. What’s your plan with the imprint, just keep it rolling or do you have something else planned?

It’s done now, that series is finished, so those releases are all there is. It wasn’t meant to be long term. URANUS was fun and it served a purpose, several actually, though I’m working with other people again after a pretty long breather.

I first discovered your music in 2009 with the release of ‘Mainline’ on Jamie Russell’s Hypercolour imprint, which later gained a remix from Jimmy Edgar and Sven Weisemann. Was this your first encounter with Jimmy?

No, we have known each other for a pretty long time actually. Been friends since we were kids, more or less, and worked on a few things together. His mix was the stand out of those of course, also the Sei A mix.

You recently featured on the Submission remix EP alongside Jimmy Edgar and Truncate on Ultramajic – How did this remix come about, who spurred who, how long did you work on it and what has been the reaction so far for this EP?

I think Jimmy asked me to do a take, like I wrote, we’ve known each other for a minute and worked on things before, so…just seemed like a cool idea I guess.

I worked on it for a little while, maybe a week. It was pretty straight forward. I mean, I had a vocal and a clap to work with, which for some people might be kind of uncomfortable. I’m used to stripping everything down, I always do, so it was a fun project to work on and really natural. It seems like people like it. I don’t know really. I know Truncate and Jimmy liked it and that matters to me a lot. 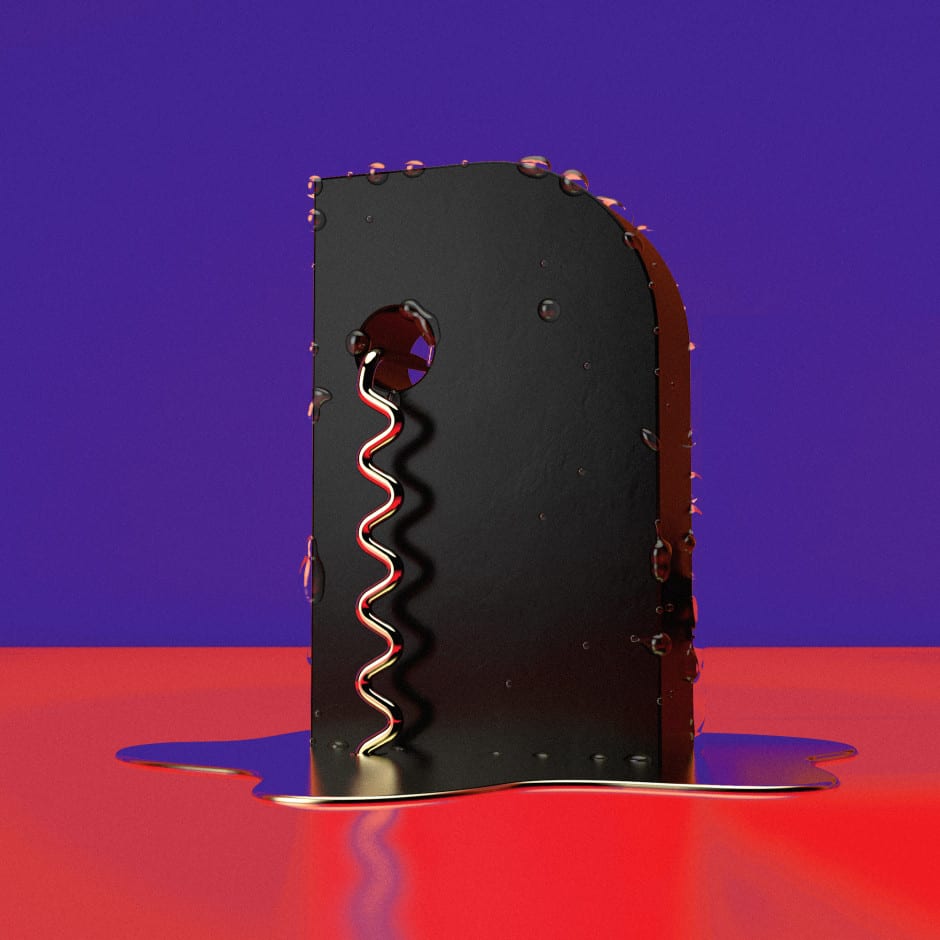 What do you have lined up next for release?

A new album on Ultramajic.

In terms of events, which parties that you’ve played at have really stood out to you over the past six months – and what do you think of the lineups that you’re playing with?

I don’t know, I really enjoy traveling and playing everywhere. I always have fun. We always have fun. I’m usually headlining and the line ups I’m on are often without some of my direct peer group, which is nice because I feel like I am meeting a lot of new artists and talent. France is great. I really like the energy that’s there. Italy too. Germany as always.

Which record labels and artists are you buying records from at the moment?

I have some go-to sort of labels and names I check, but I also just go in the shop and dig around. I really like Yaleesa Hall’s tracks lately. Michael E. Psyk. Etc…There’s lots of really cool stuff everywhere though.

And your top record / track of the moment?

Talking Heads “This Must Be The Place”.

If you didn’t get into music, what would you have done?

Hmm…I have no idea really. That’s a large question. No clue, seriously. Probably something not so positive, that’s my initial guess. But then again, you never know. Life’s crazy. Surely something creative, maybe writing or something like that.

I don’t know, there’s a lot of really weird shit it seems. Too much, really. I recently saw something about reptilian shapeshifting New Age gurus that was pretty entertaining. Some people really take things too far.

It’s almost sad, but then again, it’s a pretty strange world and everyone is connected to the net constantly. Well, a lot of people are. Guess that’s why YouTube and whatever is full of junk. I try to stick to music best I can.

Discover more about Kris Wadsworth and Ultramajic on Inverted Audio.