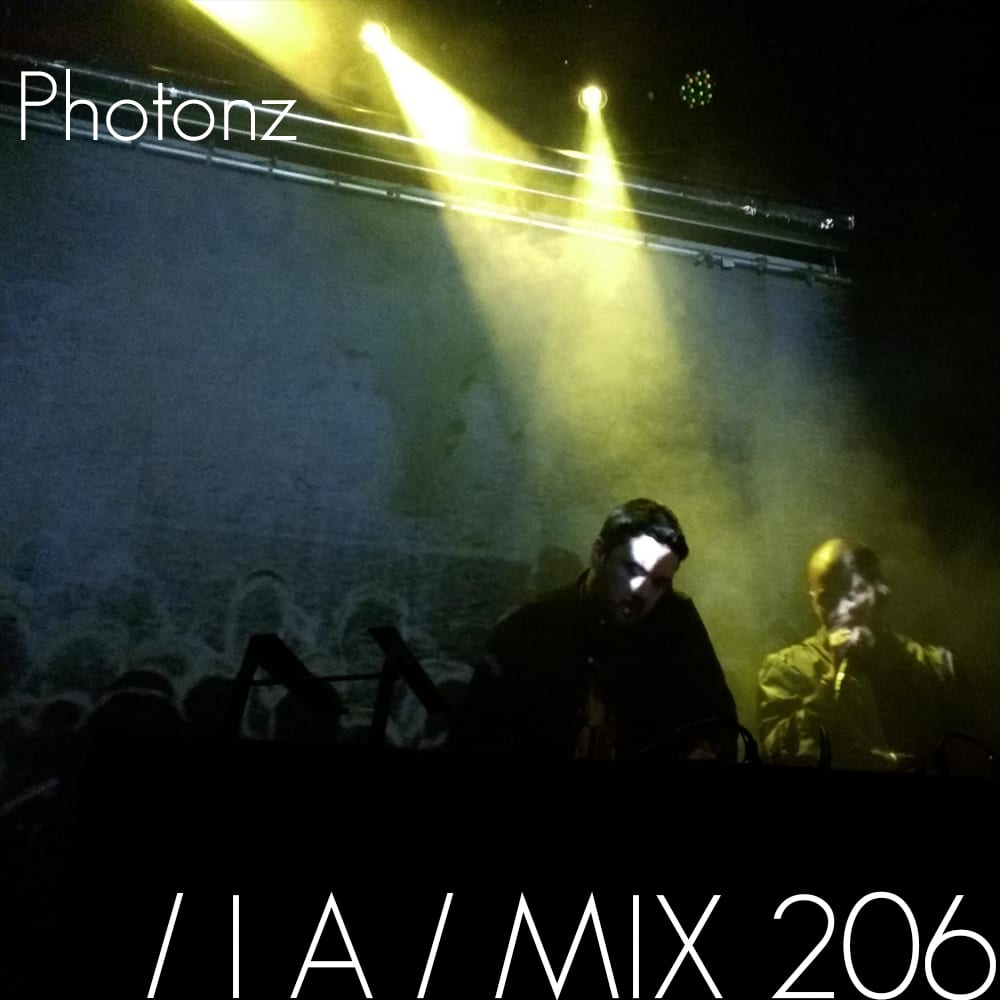 Coming up in our mix series this week is Lisbon-born, London-based Marco Rodrigues aka Photonz. Founder of One Eyed Jacks and a regular on labels such as Andy Blake’s Dissident and DJ Haus’ UTTU and Hot Haus imprints, Rodrigues has been a staple figure on the Portuguese scene for over a decade now, opening up the path to a gifted generation of producers including Lake Haze, IVVVO and Foreign.

Following on from a busy year of 2015 that saw him hopping in on TLR’s Crème ship with the sterling ‘Gnosis of Wolfers‘ EP before launching online radio station Radio Quantica along with his partner Violet in the Autumn, we took a chance to find out more about his upcoming EP on Ali Renault’s Vivod, teenage influences and timeless classics as well as his London via Lisbon surroundings. 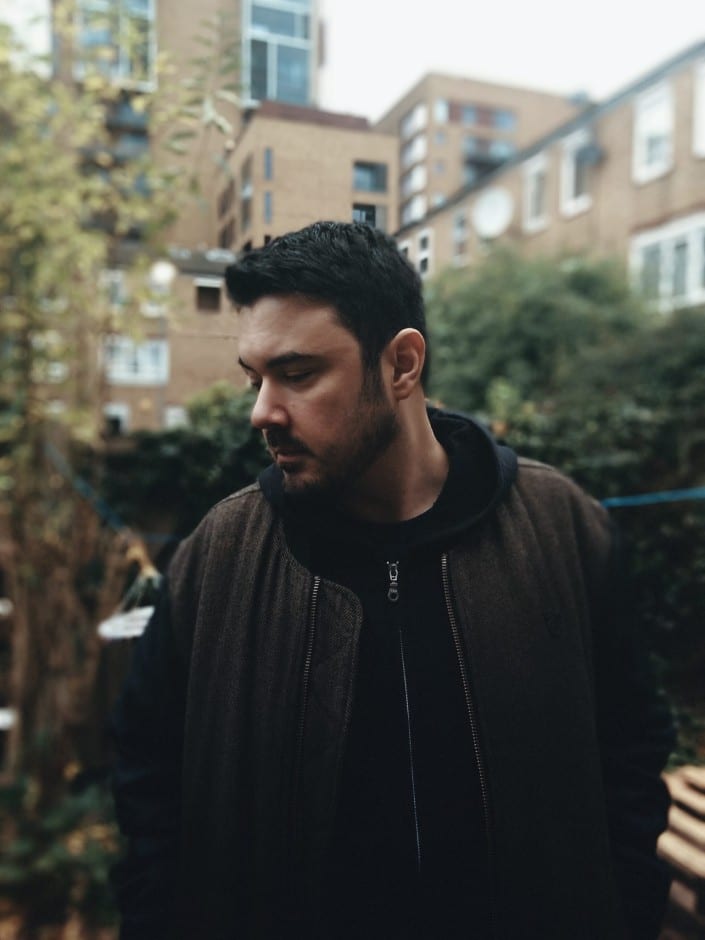 In which spirit did you record that mix? Please tell us more about the selection.

It’s not a very conceptual mixtape at all. It’s just a DJ mix where I visit a few different vibes that like to explore when I play out as Photonz.

Some bits are a bit harsh or acidic, others are a bit more trippy and deep. There’s a fair amount of exclusives in there – new tracks of mine and stuff that’s planned for release on my label One Eyed Jacks – as well as other forthcoming stuff by J-ZBEL, Russel E L Butler and others. There’s also the odd Jamal Moss tune, of course. Just stuff I enjoy playing at the moment, in general.

You have a new EP, ‘Lotus Wheel On My Orion’, coming out on Ali Renault’s Vivod imprint very soon. How did you get to work together?

Ali Renault is a bit of a musical hero for me, actually. I used to play his records to death when I was in Lisbon. Stuff like ‘Our World’ and ‘Lacrimal’, for example, or certain things on Cyberdance. I would play that stuff in almost every opening set I used to do, specially from 2008 to 2012, more or less.

We ended up meeting in London after I moved here – we played together in a party in Stoke Newington and later ended up working at the same place, where I do these reviews of music equipment (synths and stuff). I found out that the respect was mutual and that’s pretty much how it all came about. 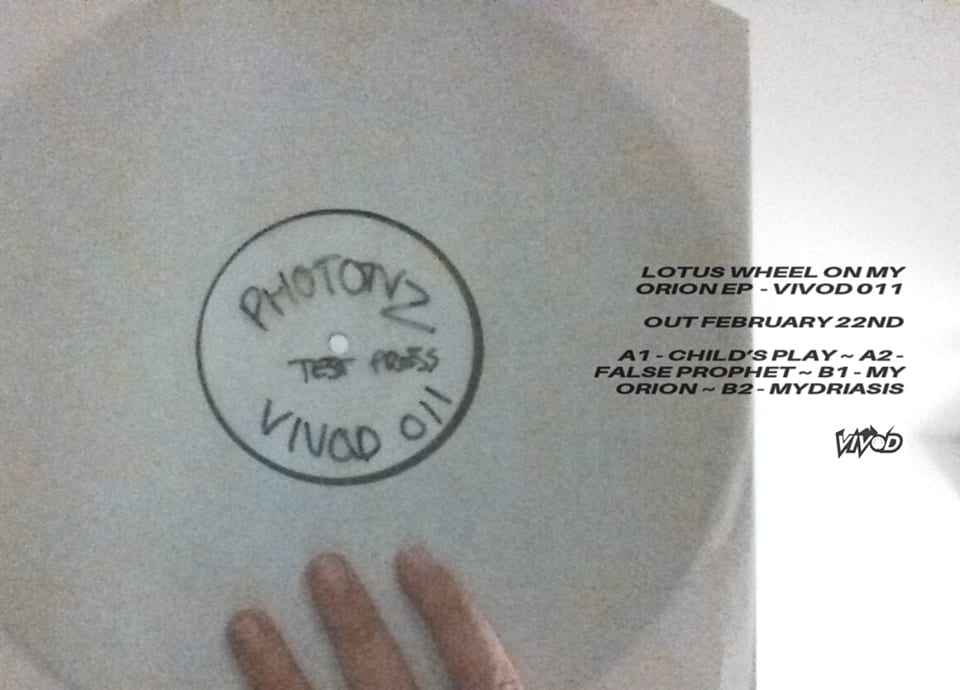 Photonz was initially a duo made up of you and Miguel Evaristo. What happened?

We split amicably. Miguel is a highly skilled, sucessful professional in his (non-musical) job and always had a sort of secondary role in Photonz due to the fact that he just wasn’t as obsessed with music as I was.

I grew up idolising musicians and famous Portuguese DJs like Luís Leite, DJ Vibe, Rui Vargas, etc, trying to mix with two shitty cassette decks playing simultaneously. When Miguel and I became best friends in high school we started DJing for fun in this small bar in our hometown, together with another friend that also left the project before Miguel – also for career reasons.

I pretty much dragged my best friends at the time into this, and Miguel took it relatively more serious for a longer time than our other friend Manuel, but we always knew that this was more my obsession and my vision – and in a lot of ways my own blood, sweat and tears. I don’t have any other activity that I consider more important than music. Every other job I might do is secondary to music, always. I quit my studies for music – I couldn’t switch off my brain thinking about tracks.

This isn’t my hobby or a project that I develop with detachment. It consumes me totally and forced me to learn how to make music by myself, from scratch, without any teachers, without tutorials – this was before youtube became flooded with those – and to learn how to DJ on a level where I was able to play at some of the best clubs around. All of this happened without planning, just by being infinitely curious about music and records, and by being completely consumed by that. 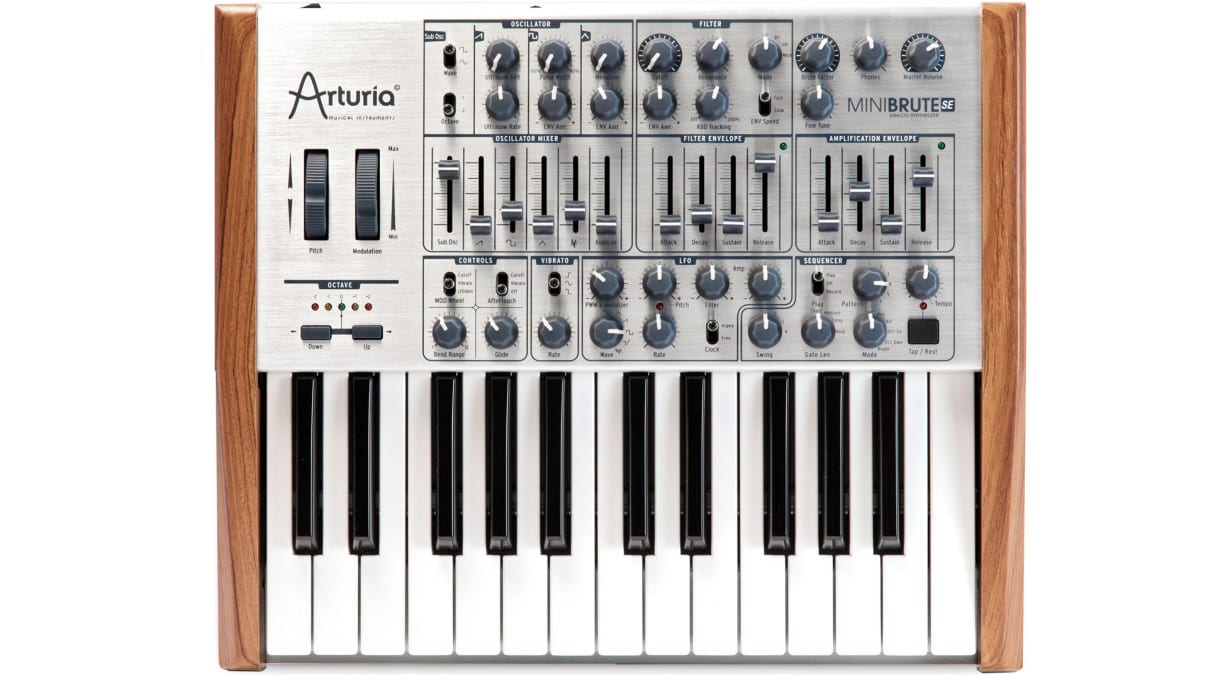 What’s a normal day in the studio with Photonz like ?

It can be various different things. Sometimes just listening to the latest records I bought, maybe I’ll do edits to play out, or sample things from those records. Or I can just open Ableton or Fruity Loops and start something out, maybe try an idea I had in my head for days, or just experiment with techniques or do arrangements for tunes that are almost finished.

Sometimes it’s all about improvising with my MiniBrute, or the TR505 – recording bits, editing, maybe writing something on a 303 clone that our friend Teamy left in our room. Other times I jam with friends, with a very minimal setup where I just record the main out, no separate tracks. Not very frequently though – I’m more of a loner in the studio.

Besides your activity as a producer and DJ, you also run your own imprint One Eyed Jacks. What’s the ethos behind the label?

The ethos is just being a family and a tight-knit network. We are OEJ even when we’re not releasing or making music; when we talk, or when we show records to each other, asking opinions, when we visit etc.

It’s easier to say what OEJ isn’t: it was never thought as a platform for social climbing and hype-chasing. The fact that it remains quite small helps because it attracts more the people that really identify with us on a deeper level, and even though we had 1 or 2 miscasts it succeeded in remaining extremely sucker-free through the years, which is great. 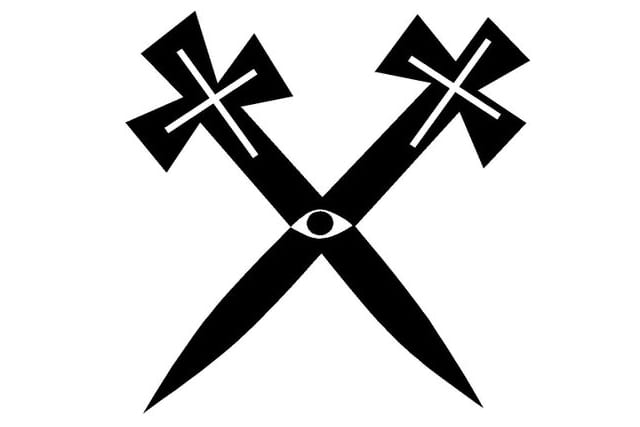 Since 2013, you stopped releasing 12″s and started focusing on digital exclusively. Do you plan to release vinyl again?

We were putting out about a 12″ a year initially, maybe less. When the crew started to grow around us, we were faced with a tough decision: either we documented all the amazing music that gravitated towards us via digital releases or we envisioned the label as less of a family and more like a production company for records, to sell black plastic.

We chose the music. I’m proud of that decision because we were able to put a few guys on the map because of it. If we stuck with records it would’ve been too frustrating for everyone involved. Having said that, vinyl is my preferred format for DJing, and I never stopped buying records. We want to get back to making vinyl asap, for sure.

What got you started with music production?

I started because I am fascinated with music, and I always gravitated towards learning how to make it. Electronic music, especially, seemed very magical, where you couldn’t quite imagine what sort of instruments could create these unreal sonic environments and spatial tricks, etc.

When I got my 1st proper computer, which was fairly late, when I was already at University, I immediately started experimenting with the audio recording software that comes with Windows. It allowed you to reverse a sound, juxtapose 2 sounds, double or halve speed and maybe a couple more extremely basic tricks.

I would lose whole days just to make around 2 minutes of disgustingly non-dexterous music. Then I discovered Cool Edit, which changed everything for a while, and then Sony’s Acid, Fruity Loops – the software I used the longest, where I did most of my biggest records and had reviews saying I was using hardware -, then changed to Mac, started using Ableton Live, and started buying a few machines.

Starting to produce wasn’t a decision, it was compulsory. Before the computer I was already playing on my Father’s acoustic guitar, self-taught, then played bass in a rock band. It just was always there whenever I had a chance.

What type of music were you listening to as a teenager?

I had all types of phases during my teenage years, the biggest constant being the Portuguese dance music scene; labels like Kaos Records, Warning Inc, Question of Time. Absolutely still love them.

Because of that, indirectly, got heavily into Strictly Rhythm, Tribal and a lot of mid-90s NYC House, because it was really popular among Portuguese DJs. I used to spend a whole day listening to a mix CD, or an album, just hypnotised. Stuff like Kult of Krameria, Underground Sound of Lisbon, Luís Leite, DJ Vibe, etc. After a certain point I got massively into Jamiroquai, especially the earlier albums, and the odd popular rock band, like Smashing Pumpkins or Green Day.

The Chemical Brothers and The Prodigy were huge for me too – used to buy all their albums, etc. On a later stage discovered stuff that derived from Acid Jazz – UK broken beat, certain styles of more organic deep house, or sample-heavy dubby chill out like g-stone, etc – and fell in love with Brazilian music as well. 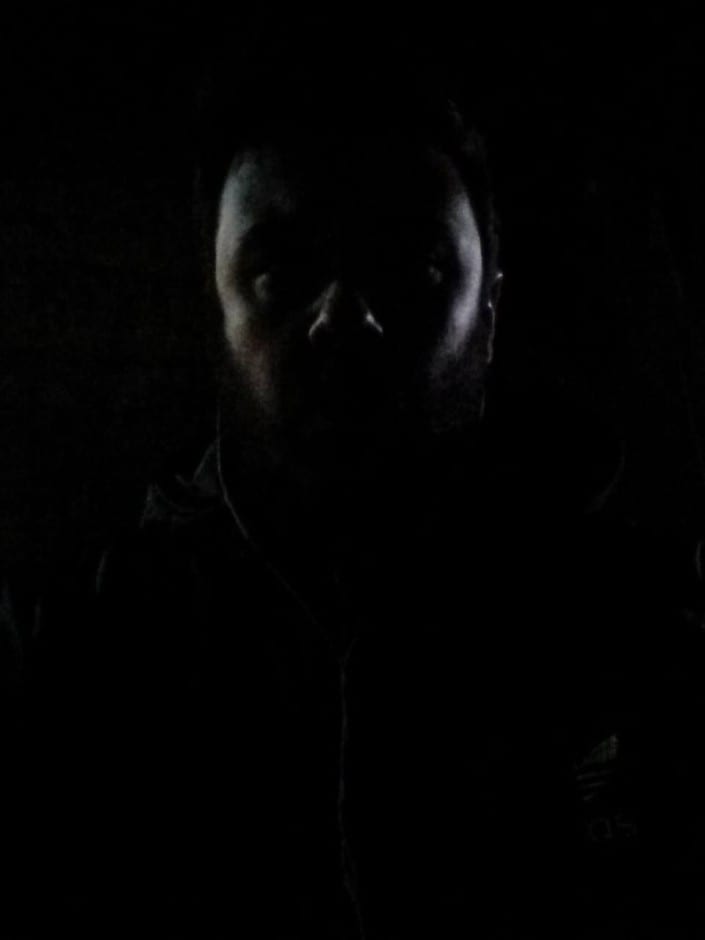 Which artist had the biggest influence on you?

Impossible to answer just one, or even just a few. I guess the bigger turning points for me where Kaos Records, The Chemical Brothers, Mathew Jonson, James T Cotton, Jamal Moss, certain Brazilian songwriters like Joyce, Edu Lobo, Marcos Ariel. Death in Vegas had a massive influence on me at some point. Discovering early productions by Andy Weatherall.

I remember tons of eureka moments as a music fan. Too many to mention. Stuff like discovering New Order, Human League, or even The Beatles or The Doors. The Moden Lovers. Drexciya. Legowelt. The Blue Brazil compilations on Blue Note. I had all sorts of phases, and still kinda do all the time.

You’ve been residing in London for a few years now. What kind of relationship do you keep with your home city of Lisbon?

I’ve remained extremely close to Lisbon and it’s scene, as you can probably tell by the fact that me and Violet – my partner – created an online radio dedicated to the Portuguese scene, etc.

I love Lisbon, always did since I was a kid. Leaving was a very emotionally charged thing to do. Obviously London is incredible on so many levels, so that helps, but Lisbon is always with me.

What’s been the biggest change ?

The difference in size and pace. They affect the mentality of the people a great deal. Lisbon can create a certain feel that everything’s very limited because of it being small, and with less opportunity in general, which in part is right, of course, but it’s also a mental thing.

London is brutally big and crowded and cosmopolitan. Every thing you might think of exists here in some shape or form. Rents and housing is brutal and savage, the weather is tougher, people move faster and speak more directly to the point – generally.

Potential is much more swiftly seized in London. It’s a different ball-game. Obviously there’s the other side of things: Lisbon can be more charming, calmer, slow, with loads of untapped potential, very romantic, beautiful-looking, sunny, etc. It’s a perfect trade-off, there’s no better or worse.

The Portuguese house and techno scene is full of interesting talents. Which emerging artist should we keep an eye on ?

Definitely keep an eye on Mind Safari, Old Manual, Cotrim and this girl called Emauz. They’re each one finding a sound of their own and the sort of paradigm they will fit into is still undefined and sort of slowly being created right now, which is exciting.

Aside from your new EP on Vivod, what’s scheduled for you next?

After the Vivod 12″ there’s something coming out on a Belgian label called Silverback Recordings, a record called “Corroios Royalty EP”, dedicated to my hometown in the suburbs of Lisbon – comes with remixes by Ikonika and Phantom.

There are also a few more things that I’m still giving finishing touches to and can’t speak about as of now. Other than that there’s some exciting gigs coming up in Paris, St Etienne, Berlin and Lisbon – and more TBA.

Discover more about Photonz and One Eyed Jacks on Inverted Audio.