Recorded back in April 2019 as a live performance at Rome’s Brancaleone, the second LF58 album by Neel & Filippo Scorcucchi sprawls out over three sides and totalling nearly three hours of music, combining live modular improvisation with studio recordings from ambient royalty.

The duo’s second release for the celebrated Astral Industries label builds on the quality of their debut, ‘Alterazione‘, a four-part guided meditation through extra-terrestrial environments. With this latest recording spanning over two additional discs, the transportive effect is perhaps even tripled.

Primarily a body of original work on modular synthesizers, Neel and Scorcucchi blend in recordings from Rapoon, Steve Roach and Birds of Prey, amongst others, to build the unique atmosphere captured on the night of performance in April 2019.

The triple vinyl release makes for the longest Astral Industries release to date, and continues their rarer unearthing’s of live recordings pressed to vinyl: the second release from the label was a live recording from Wolfgang Voigt in London.

‘LF58 Live at Brancaleone’ is scheduled for release 19 November via Astral Industries. Order a copy from Bandcamp. 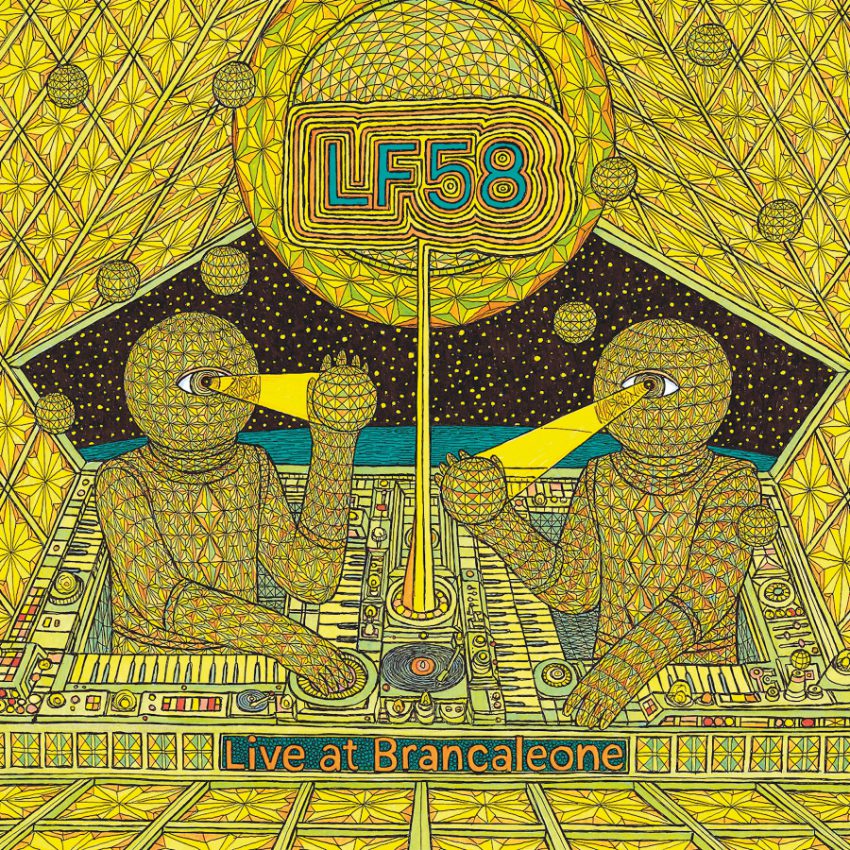