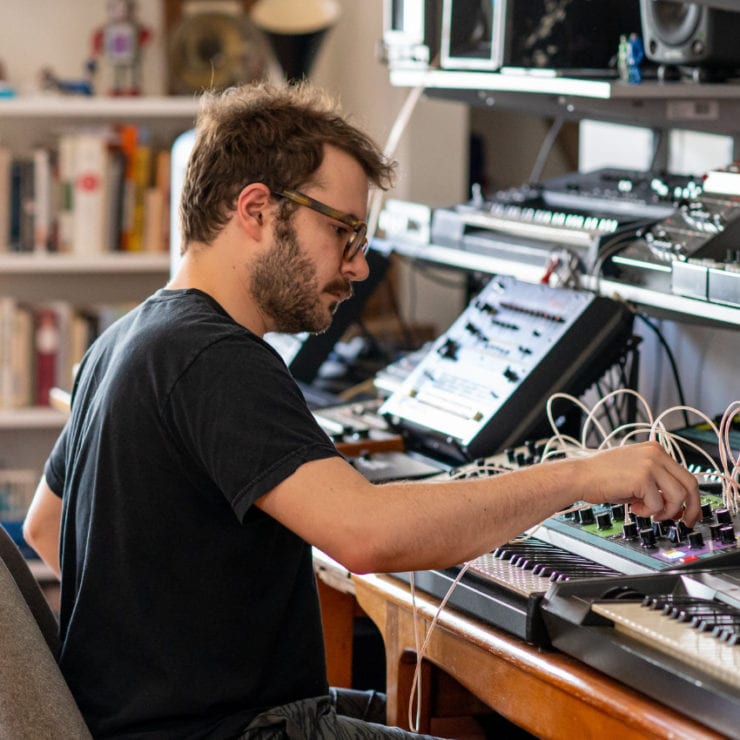 Following his ‘Several Shades Of The Same Colour‘ LP on Spectral Sound in 2017, Patricia has announced the release of his fourth album ‘Maxyboy‘ landing in June via Ghostly International.

Often imitated but never equalled, the sound of Patricia remains a matter of truly idiosyncratic expression that flourishes through hardware jamming and live experimentation. Just take a listen to IA MIX 304 – a masterclass of ultra-sensory techno grooves and playful hardware juggling.

Having packed up his life and studio in New York to pursue a job at Moog as a product specialist, it’s fair to say that he’s in the right hands. Now he steps up to present ‘Maxyboy‘ LP, titled after his family’s childhood nickname for him, serving as a window into Ravitz’ range of musical interests and “presenting a more varied stylistic approach than past releases, shifting away from some of the ‘lo-fi’ sounds he’s known for.”

Ahead of its release, watch ‘Downlink‘ – a music video made by Ravitz and his partner Josephine using analog video techniques from the 1960s and ’70s.

‘Maxyboy’ LP is scheduled for release in vinyl and digital 24 June 2020. Order a copy from Ghostly.