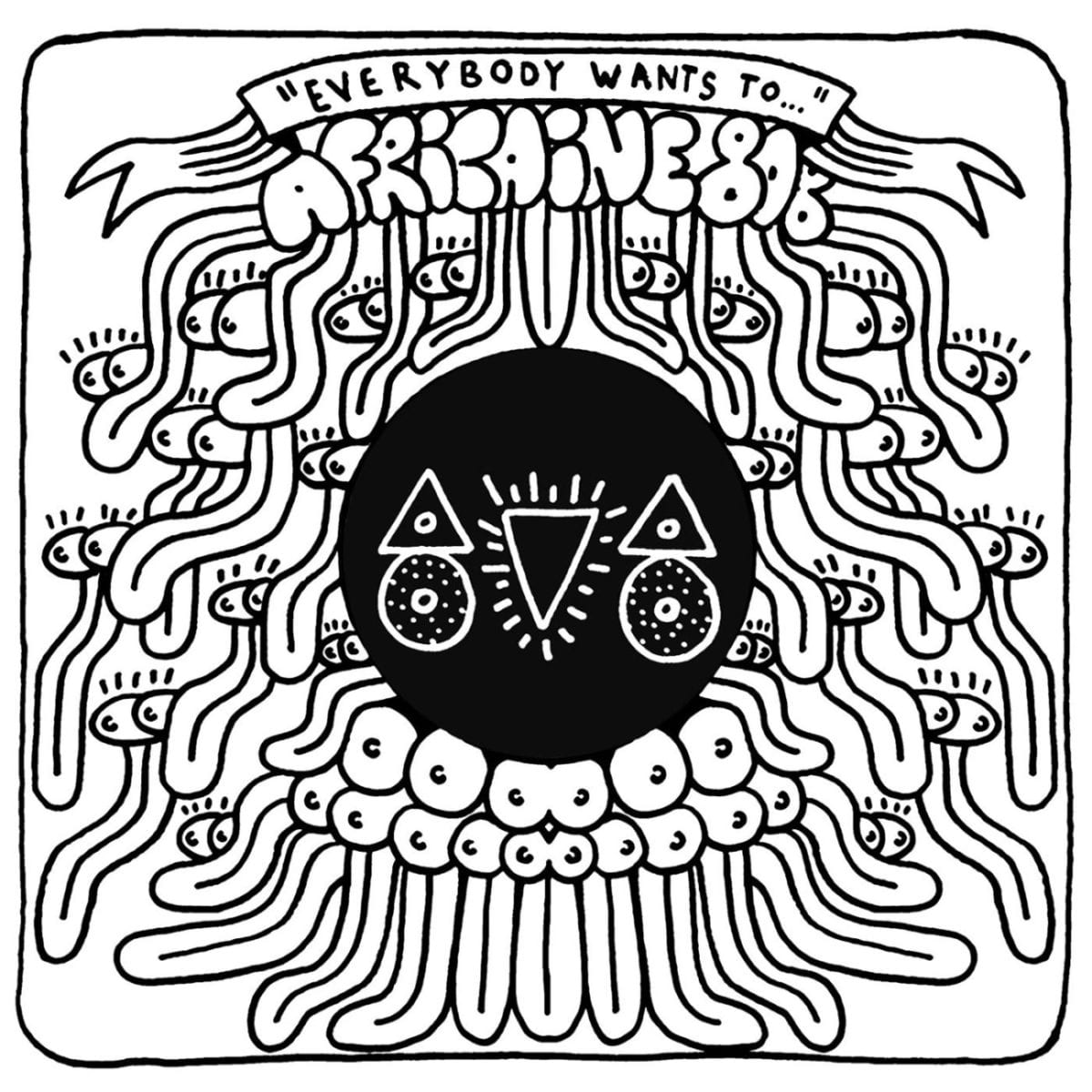 It’s been just a few weeks since their royal debut album ‘Basar‘ dropped and Africaine 808 are already back at it with ‘Everybody Wants To‘, a spanking new single oozing superheated Afro-funk and coastal house to be released via NY-based Golf Channel Recordings. The EP shall hit record stores on April 29th.

The story behind this new maxi sounds quite like your exact fairy-tale material. Out for a fishing excursion, Dirk Leyers and Nomad went to buy creepy crawlies (salt water worms) – not knowing this tackle shop would be the starting point to a wholly different venture that has much less to do with fishes and baits than with swinging organ jams and Bourbon.

Right in front of the store, Leyers and Nomad got to meet a skilled blind electronic organ player going by the name of “Blind Double D”. Shuffling his feet and growling, the man declined the offer of the pair when asked to go home with them for a little studio session but accepted to be recorded on-the-spot if they bought him a bottle of quality Bourbon.

The duo borrowed a tape recorder from the tackle shop and recorded Blind D.D. and (un)fortunately, this is where the creepy crawlies resurface. The tape’s been stored in one of the tackle boxes during the trip and a few worms ended stinking out the tape, funking up the original recording. The pair’s well-tried studio skills did the rest.

Today we’re glad to bring you the original version of ‘Everybody Wants To‘ in full-stream form. Grinding disco-savvy grooves, soulful vocodized vocals and earthy rhythms into a jagged funky strut, Leyers and Nomad serve up an infectious treat dedicated to sunlit outdoor celebrations and ecstatic nature communing.

Everybody Wants To is scheduled for release 29th April 2016 via Golf Channel, order a copy from Juno.