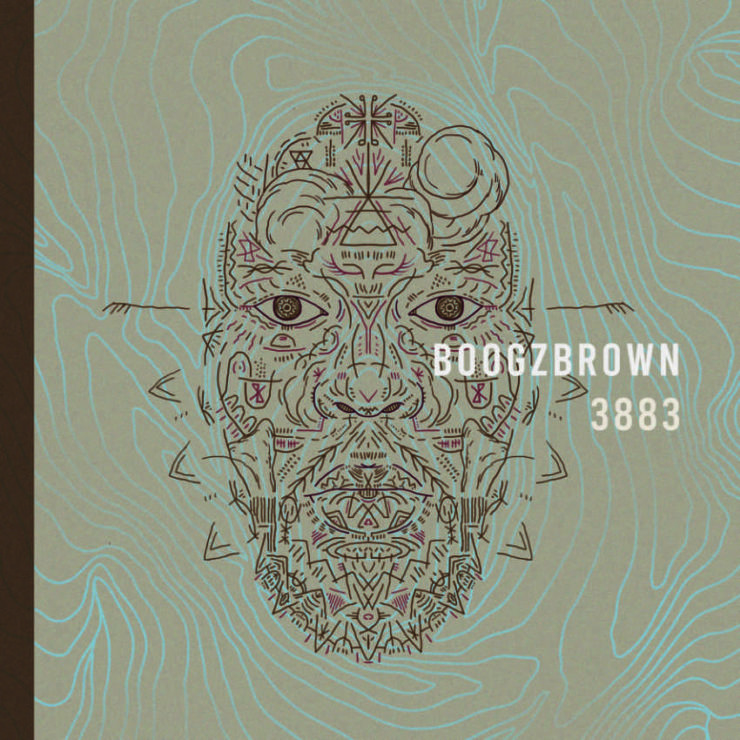 Hailing from Réunion, a small dot of an island in the Indian Ocean, BoogzBrown creates music inspired by Creole traditions and his cultural heritage, and also creates visual work as part of Kid Kreol & Boogie. The title of the EP draws on arcane mathematical principles and interrelations, principles which are somewhat mirrored in the frenetic polyrhythmic structures present throughout the EP.

All parallels drawn to ancient methods, however, cease before reaching the instruments: this EP is not a musical relic placed in the modern times, but a sterling example of the most adventurous and cutting-edge production styles around today: churning percussion sways in asynchronous harmony as blistering, granular-depth basslines pull the rug from under the feet.

‘Paris Speed‘ sits on the more cinematic side of the EP, bearing comparison with the finest psychedelic and deep techno but only on the very face of it: underneath lies far deeper explorations of musical structure and form. That said, the undercurrent of raw, wind tunnel textures is hardly a minor aspect of the composition, guiding the listener through the journey with authority and class. The ever-shifting percussion sways beneath with subtle variation, allowing the mind to drift above the world in a sonically-induced trance.

‘3883’ is scheduled for delivery 30 April via InFiné Music. Order a copy from Bandcamp.