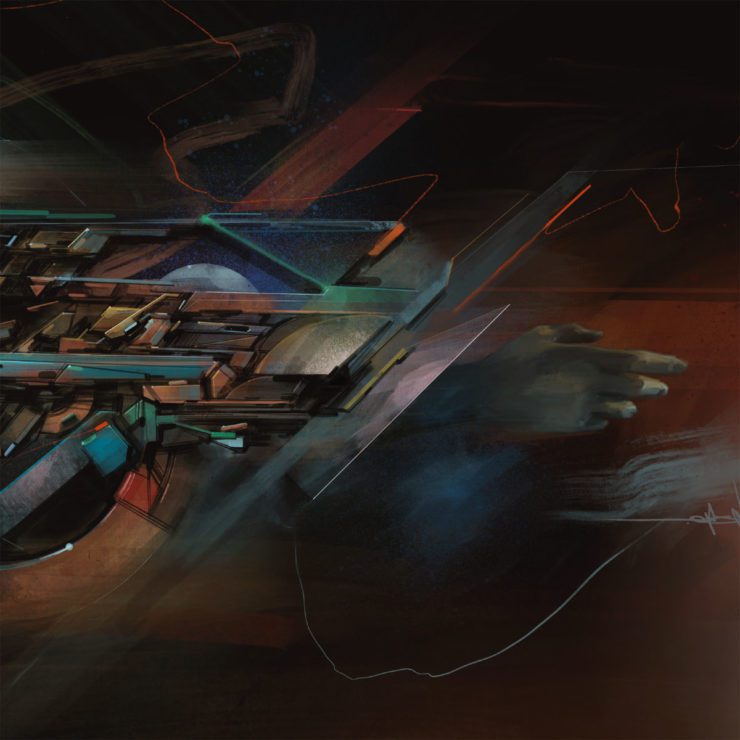 Through his Cocktail Party Effect alias, Eric Baldwin has been exploring bassy experimentalism since the mid-2010s. In contrast to his previous releases under the name Kasket, which drew on everything from jazz to IDM, the newer project has seen Baldwin take things in a much darker direction.

The Berlin-based artist has collaborated and released music with some of the UK’s most respected producers and labels dealing in sub-heavy club music. Recent releases have seen the producer deftly switching between styles, versatility that’s come to be a sonic signature in its own right.

Cocktail Party Effect’s latest EP on Midnight Shift offers a broad survey of his sound. Snappy rhythms are overlaid with twinling melodies on ‘77’ and distorted breakbeats are pushed to their limits and beyond on ‘88’. Closing track ‘111’ is theatrical and extravagant, but, like the rest of the tracks here, not without an abrasive edge.

‘Oscilloscope Detachments’ is scheduled for release 4 November via Midnight Shift. Order a copy from Bandcamp.