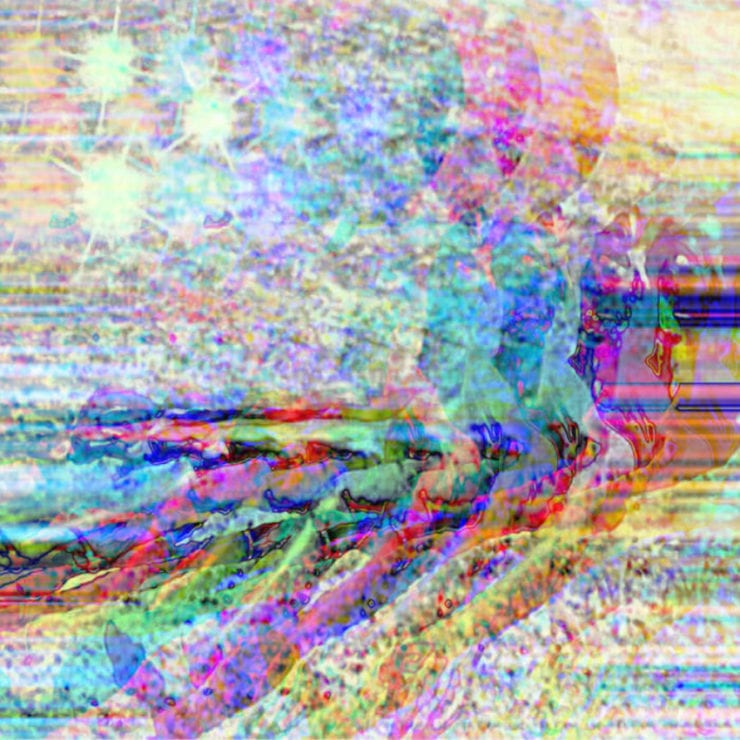 The pastoral havens of Suffolk in the UK typically don’t make much noise in the world of electronic music; a statement which growing label Courier is doing their level best to prove false, with their next release from East London-based Cousin Sharky.

The somewhat lengthy title, ‘Re​-​Evaluation Of The Macro​-​Cellular Communication System‘ belies the raw kin-aesthetics of the music within, just as the fragmented artwork, in all its explosive colour, paves a clear path for the music to walk down. Pulling in as much influence from sludgy guitar riffs as it does from minimal hardware electronica, the sounds within the EP’s scope are spread right to the edges.

Dense and paranoid tonalities are the order of the day on the EP’s closing track, ‘Anti-Calcification Procedure‘. Between the ringing of the church bell and the vocals warped into ecclesiastic choral tones, the pensive dark ambient piece transports the listener into a moody and somewhat medieval atmosphere: picture rain lashing at rudimentary windows, black clouds rolling to the horizon, and a sense of cosmic unease.

‘Re​-​Evaluation Of The Macro​-​Cellular Communication System’ is scheduled for release 25 January via Courier. Order a copy from Bandcamp.