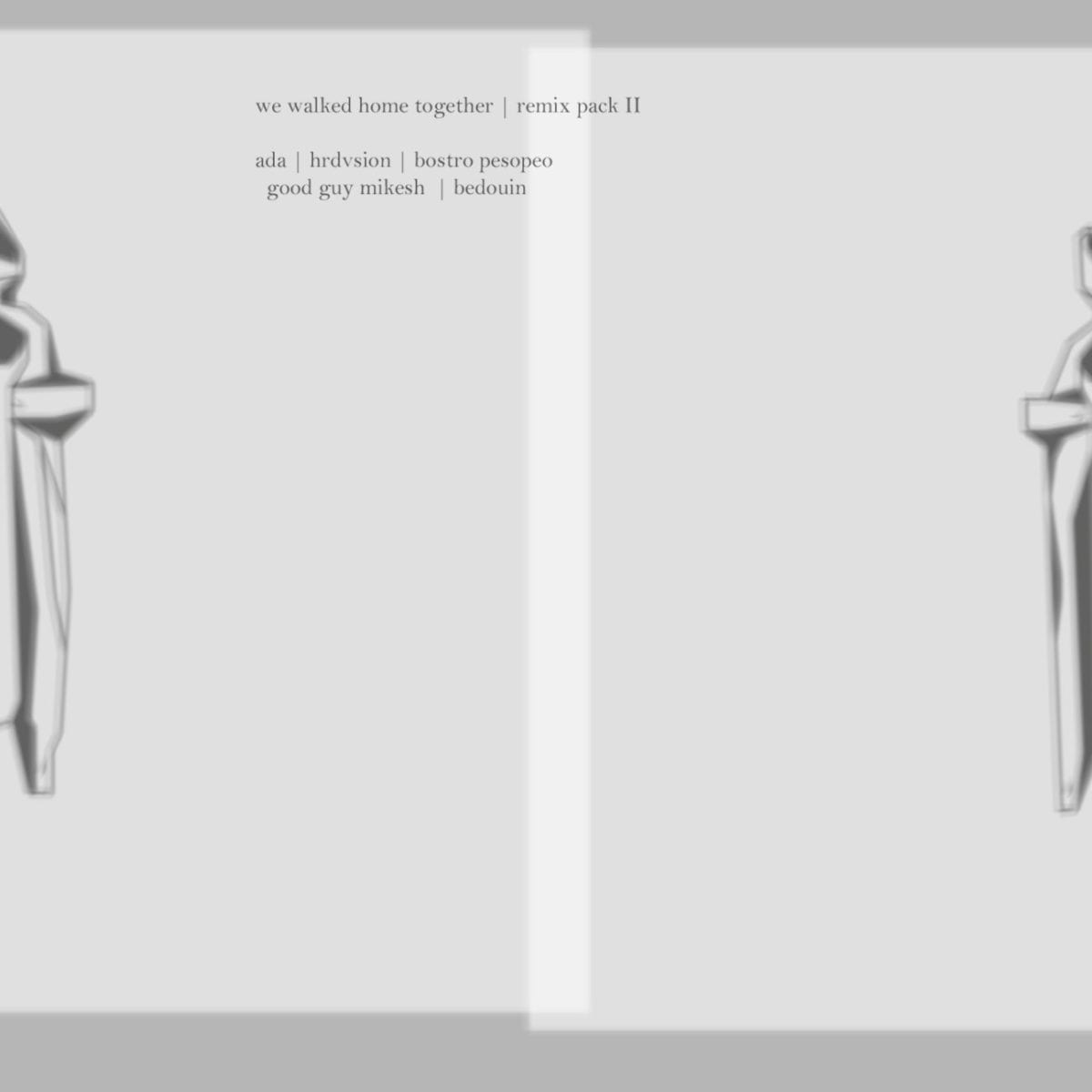 Today we are premiering Ada’s remix of ‘Every Day Is Blue Monday‘, taken from El_Txef_A’s forthcoming “We Walked Home Together – Remix Pack II”, scheduled for release on 13th July 2015 through the producers own ‘Forbidden Colours’ imprint.

We also spoke to the Bilbao based producer El_Txef_A, real name Aitor Etxebarria, to discuss the necessity of the remix 12″ and why he ultimately selected Ada, Hrdvsion, Bostro Pesopeo, Good Guy Mikesh and Bedouin to contribute remixes.

Firstly can you tell us about your process for selecting remixers for this EP?

For the first remix pack we decided to explore the darker side of the album, so we remixed the greyest productions with artists like Eduardo de la Calle or Deep’a & Biri bringing the mystic soul.

For the second remix pack we decided to add a little bit colour to it, so I selected more colourful tracks and sensitive musicians.

We’re premiering Ada’s remix alongside this interview. When did you first discover Ada’s music and what is it about her sound that attracted you to commission Michaela for the remix?

I discovered Michaela before I was even making music. I started going to a record store in Bilbao where I bought some of Ada’s earliest records, which were released on Areal Records and Kompakt.

I think Michaela is the perfect combination between raw dirty analogue sounds, combined with beautiful melodies. Ada is definitely the queen of combining the two.

How did you work together with Michaela for the remix?

We have lot of friends in common, but we never meet before. Kompakt producer Dave DK put us in touch and I let her know the concept of the record. She listened to the track and said yes!

Did Michaela select the track to remix?

I did a pre-selection of two tracks from the album that I thought she would love, out of the two she picked “Every Day Is Blue Monday”.

Did you send over a rough brief, or just let Michaela do her thing?

I just let Michaela do her thing, I totally respect every musician in the world, so I would never say to anyone what to do, if I chose her it is because I really trust her art. As soon as I heard her remix I was so happy with the quality.

This is the second remix package for your album “We Walked Home Together” – Why is it necessary to create remix packages? Is it a simple case of stretching the album format out?

I don’t think it is necessary, actually with my first album I was not very keen to do it, but with the second one I was so excited to see how other artists that I respect can build up a new concept for each track, and of course as you say, releasing on one 12” with sometimes more dance floor oriented tracks opens up the album to other people.

How does remix pack II differ to pack I in terms of sound?

The second one is kind of dreamy but old school at the same time, but we also have this weird break beat remix by Good Guy Mikesh that is excellent.

Do you have a favourite remix?

I love them all. Last week I played the Bedouin remix and the crowd went nuts.

I have released my first solo EP after releasing two long players in 4 years and I will be touring. I’ll be in India for my first tour there, playing in Delhi, Bangalore and other cities. After that I will close the summer with a US tour.

I’m also involved in my first original soundtrack. It will be for a documentary, so I guess I will be focused on that also.

“We Walked Home Together – Remix Pack II” is out on 13th July 2015 through Forbidden Colours. The vinyl release will be limited to 300 copies and shops can order direct from shop@forbiddencolours.net.