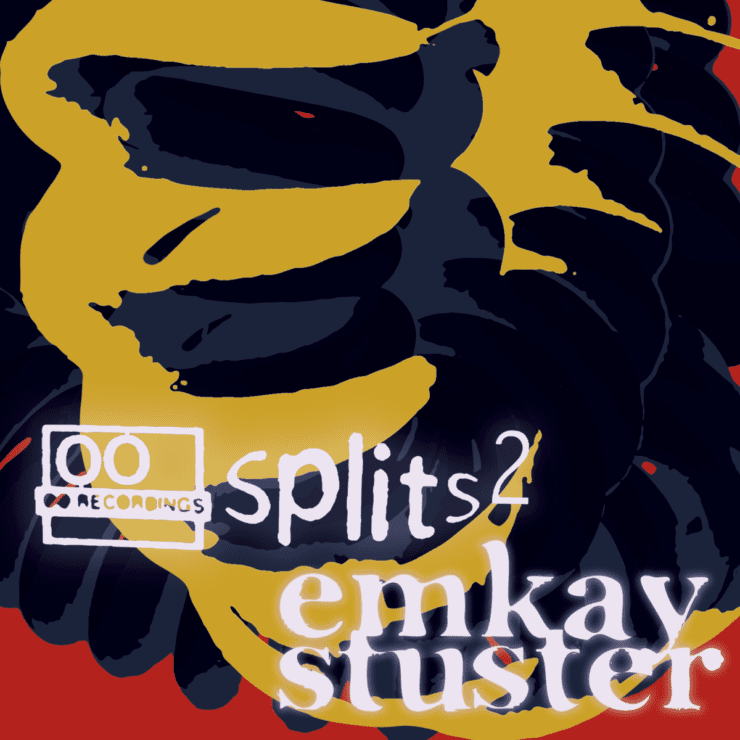 Following the release of ‘Splits 1: Jónbjörn & Torolf Stendik‘, OO Recordings are back with their second instalment, pairing Finish talents emkay and Stuster on a release that covers everything from cheeky breaks to lush techno and acidic electro.

Letting Jónbjörn and Torolf Stendik each handle one side of a cassette, OO Recordings inaugurated their ‘Splits’ series last year. They’re now back with the second instalment, pairing Finish talents emkay and Stuster on a release that covers everything from cheeky breaks to lush techno and acidic electro.

On the A-side, we’re treated to 4 tracks by rising talent emkay. Combining breezy and trippy in equal parts, these tunes should keep dancefloor denizens smiling all summer long. Stuster delivers an equal number of cuts on the flip, providing a stark contrast with his bass-heavy acid and electro emanations.

Our pick from the release is ‘Weatherman’ by emkay. Sharing some thoughts about the tracks she says, “I see Weatherman as a track for the wee hours of summer nights, when daybreak starts to creep up on an open-air party still swaying in the seemingly infinite twilight of Finnish summer’s nightless nights”.

‘Splits 2: emkay & Stuster’ is scheduled for release 20 May via OO Recordings. Order a copy from Bandcamp.