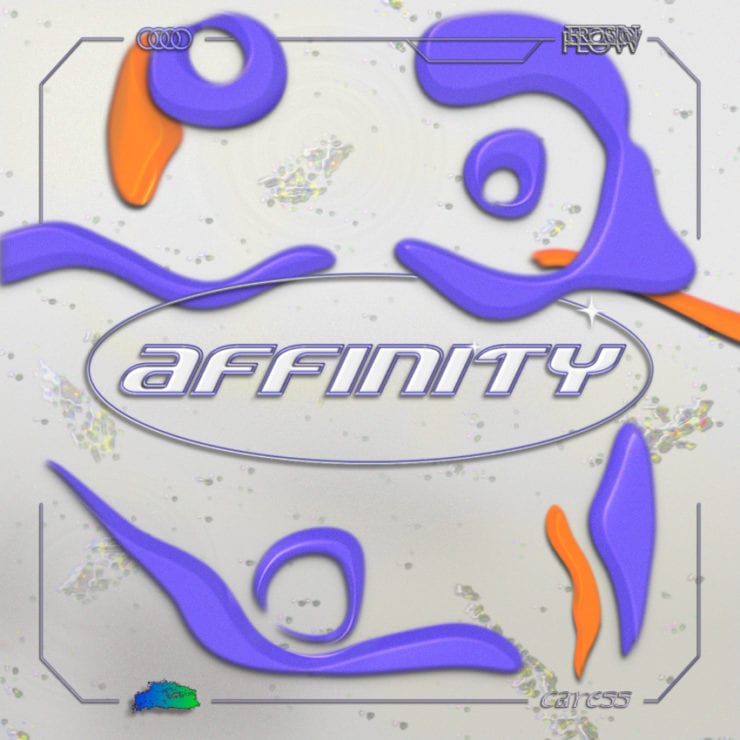 Copenhagen-based producer Erosion Flow gets ready to release a four-track EP entitled ‘Affinity‘ as the fourth edition to his label, Caress, featuring three original tracks and a remix from ELLLL.

The EP rounds of a series of singles the producer has self-released on the label, making it a representative summary of Erosion Flow’s musical journey right of this moment, with ‘Enhance‘, a prior single, featuring in both the original form and as ELLLL’s rework.

That said — and very much despite the dancier influence of ‘Enhance‘ — stylistically, there’s much which is different to Erosion Flow’s previous output. Taking a more introspective journey, ‘Affinity‘ leans into IDM spheres much more than the previously dancefloor-oriented releases.

‘Hue‘ is our choice of the offering, saturated in ambience, and bursting with colour throughout. Although the track’s stuttering nature may initially give an impression of restraint, it swiftly reveals itself as a form of decisiveness. Weightless textures, not unlike those of Barker, carry the track along on its tiptoes, always on the edge of explosion. Used correctly, this is a tool for both the club and for more ambient-inclined endeavours.

‘Affinity’ is scheduled for release 11 December via Caress. Order a copy.