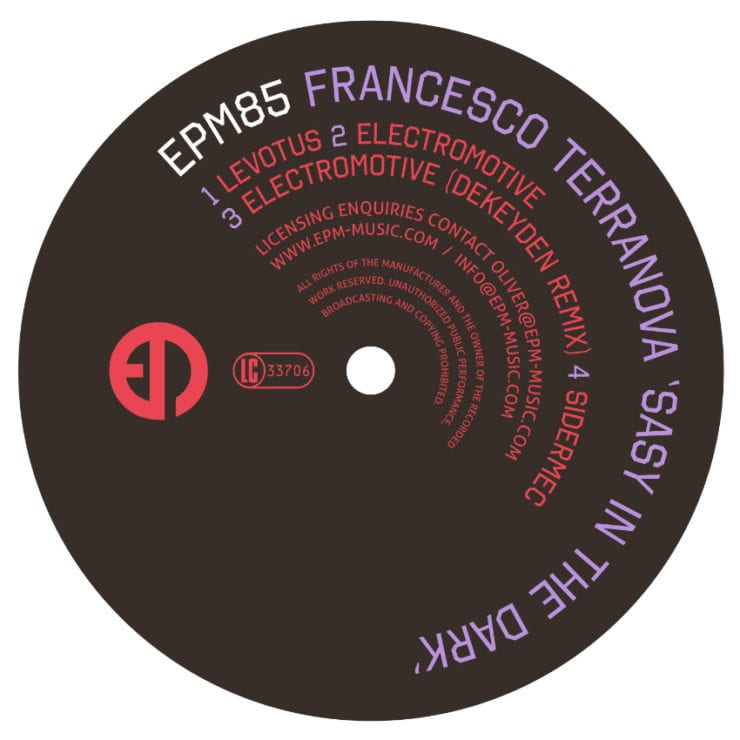 EPM Music line up their latest record from Neapolitan producer Francesco Terranova, his fourth outing on label since his debut in 2015. Featuring four brazen techno belters, the package includes a remix from Dekeyden – the solo project of Davide Nannini, who has also released on Planet Rhythm and Basic Frame project.

His remix of ‘Electromotive‘ takes the original’s lightfoot and spacious approach and processes with layers of near-suffocating atmospherics, twisting it into a terrorised version that leaves no room for air between the white noise chaos and the pound of unrelenting kick-drums. Look out for the final push, where all elements collide into a crushing crescendo.

‘Sasy In The Dark’ EP is scheduled for release 18 September via EPM Music. Order a copy from Bandcamp.