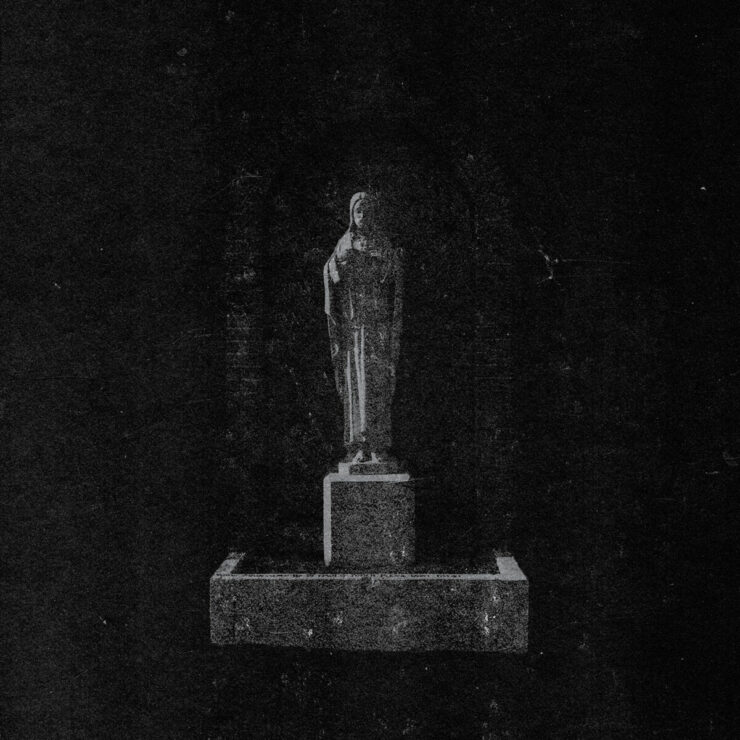 Today’s premiere is a stirring conversation between polar opposites – brimming with fiery momentum and held firmly with icy atmosphere. Hospital Productions’ latest sonic saunterer presents a worthwhile addition to the pantheon of releases that came before it.

Guilt Attendant is the project of multidisciplinary artist/producer Nathaniel Young, a voice that’s been steadily rising amongst the ranks domestically and internationally. Between starting the Blankstairs imprint in 2013 and releasing music under several aliases, Guilt Attendant emerges with an eight-track LP on the venerable Hospital Productions imprint with an immersive narrative and a momentous set of tracks to boot.

Entitled ‘Suburban Scum’, the eight-tracker is a journey of Young undoing the dogma instilled by his Christian upbringing – a rigorous set of tracks that tackle moments big and small, brusque and subtle; capturing as crisp of a moment of self-reflection as one can eschew amongst the bristling heft of cold snares and propulsive kicks. One such track that immediately brings the ethos of the album into focus is the opener, ‘Broken (Free)’.

Sampling the sermons of his very own youth pastor, Young lays bare a demonstrative path that engages listeners with the heeding of the pastor’s words, whilst surrounding it with a bombastic kick pattern you’d find in prime techno from the mid-to-late ‘90s; adding to that otherworldly atmosphere are perfectly paced snares that bring the focus back to the narrative that leads to pads that heighten the senses and lead us to a divination that takes place squarely in the middle of a dancefloor unto darkness.

‘Suburban Scum’ is out now on Hospital Productions. Order a copy from Bandcamp.