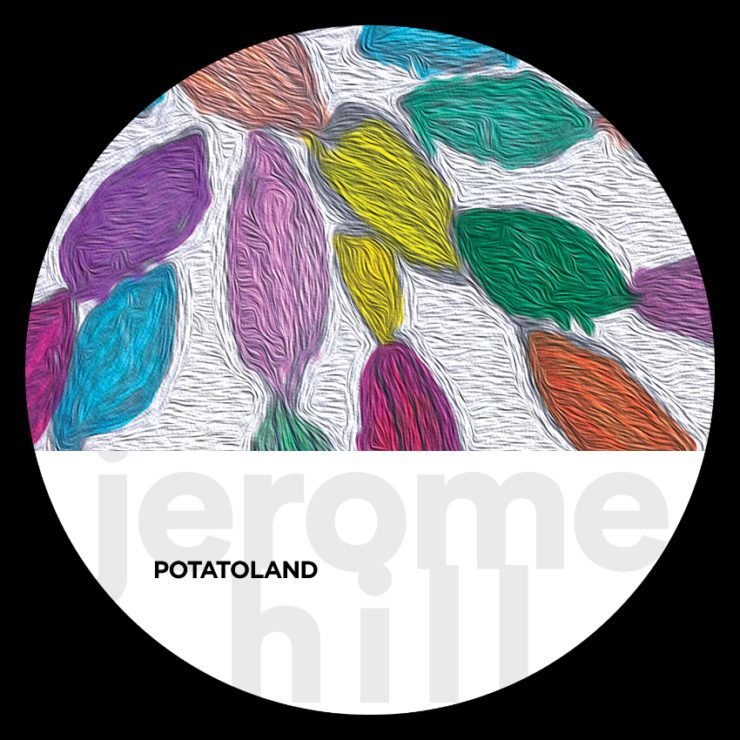 Following last year’s ‘The Pob Routine’, Jerome Hill returns to Matthew Herbert’s Accidental Jnr imprint. While his previous EP for the label was brimming with Dance Mania influences, some of which remain on ‘Potatoland’, the UK artist had some different aesthetic considerations in mind for the new record.

After the release of the ‘The Pob Routine’, Herbert challenged Hill to write a track for the next EP using only sounds sourced from field recordings. The request came just as the producer was about to spend some time near Munich at a vegetable farming co-op, a place he’d nicknamed Potato Land.

The kick on ‘Potatoland’ is the only element that hasn’t been sampled from these recordings. The rest is filled with sounds of gardening tools, carrots being bitten and snapped, and the machinery used for cleaning vegetables, making for a truly unique club track.

‘Potatoland’ is scheduled for release 13 August via Accidental Jnr. Order a copy from Bandcamp.