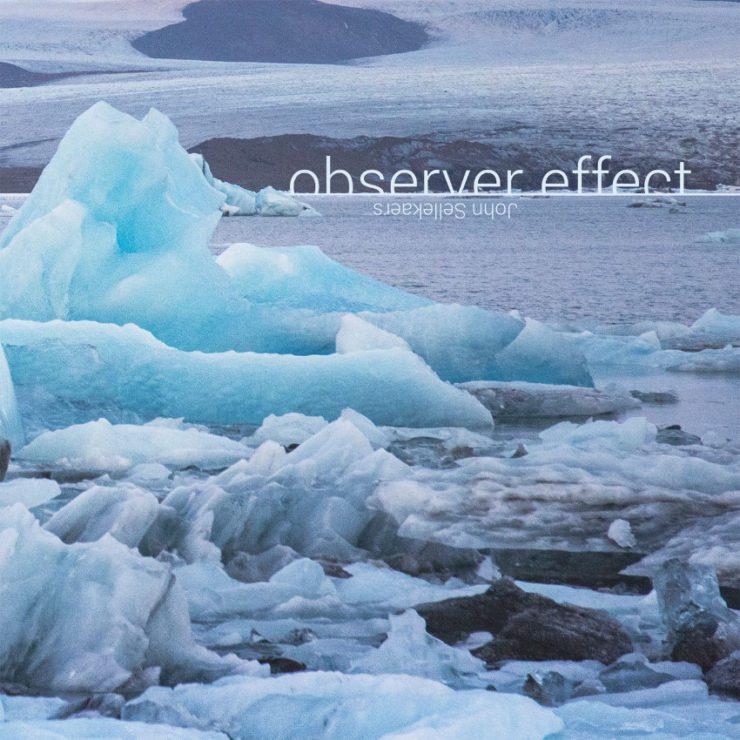 Sellekaers, with more than 40 releases produced under a plethora of guises throughout his lifetime, is a diverse muscial phenomenon — evidenced by Dutch label Traumgarten’s recent reissue album of his Xingu Hill alias, spanning futuristic electro and trance-inspired rhythms. Be that as it may, music for privacy appears, nowadays, to be Sellekaer’s port of call more frequently than the spheres of dance music.

Fittingly for a label named Glacial Movements, ‘Observer Effect‘ draws on frigid, gradual motion to build shrouds of audio capable of instilling a certain pensive mood near-instantaneously. There’s a mythical timelessness to the record, a balancing of dark moments of calm with fragile and uncomfortable peace.

‘Optical Haze, Pt. 1‘ lists towards the latter, the sonically perplexing audio dropping out occasionally to be replaced with more experimental frequencies. “Ambient” music, yes, but also music to set the pulse beating faster — a far cry from the purely peaceful variations so often served under the genre, here Sellekaers treds an intrepid line towards frozen landscapes.

‘Observer Effect’ is scheduled for release 20 July via Glacial Movements. Order a copy from Bandcamp.